At Gatwick, EasyJet has plenty of desks open and short check-in queues for the evening flight to Barcelona. Even though you can also get through security quickly, you still need to be at the airport early - EasyJet tries to close the gate up to 40minutes before departure time. There are no allocated seats, but you can pay for "speedy boarding" to be among the first passengers on the plane. On board, the seats are narrow and they don't recline backwards even a little, but legroom is okay for a two-hour flight for anyone under six foot. Around you, the orange staff uniforms, orange trimmings and orange safety card give the cabin the ambiance of a fast-food joint, which is appropriate given the food on offer.

Strewn with typos
In-flight entertainment is primarily the cabin crew, on commission, cheerfully trying to sell stuff over the tannoy. You can hide behind the surprisingly respectable in-flight magazine, which is strewn with typos, but has some decent travel photos and punchy descriptions, aimed at young party goers, of the cities EasyJet flies to. But the drinks on-board are expensive and, after the late evening return flight to Gatwick, your baggage may take quite a while to appear. 6/10 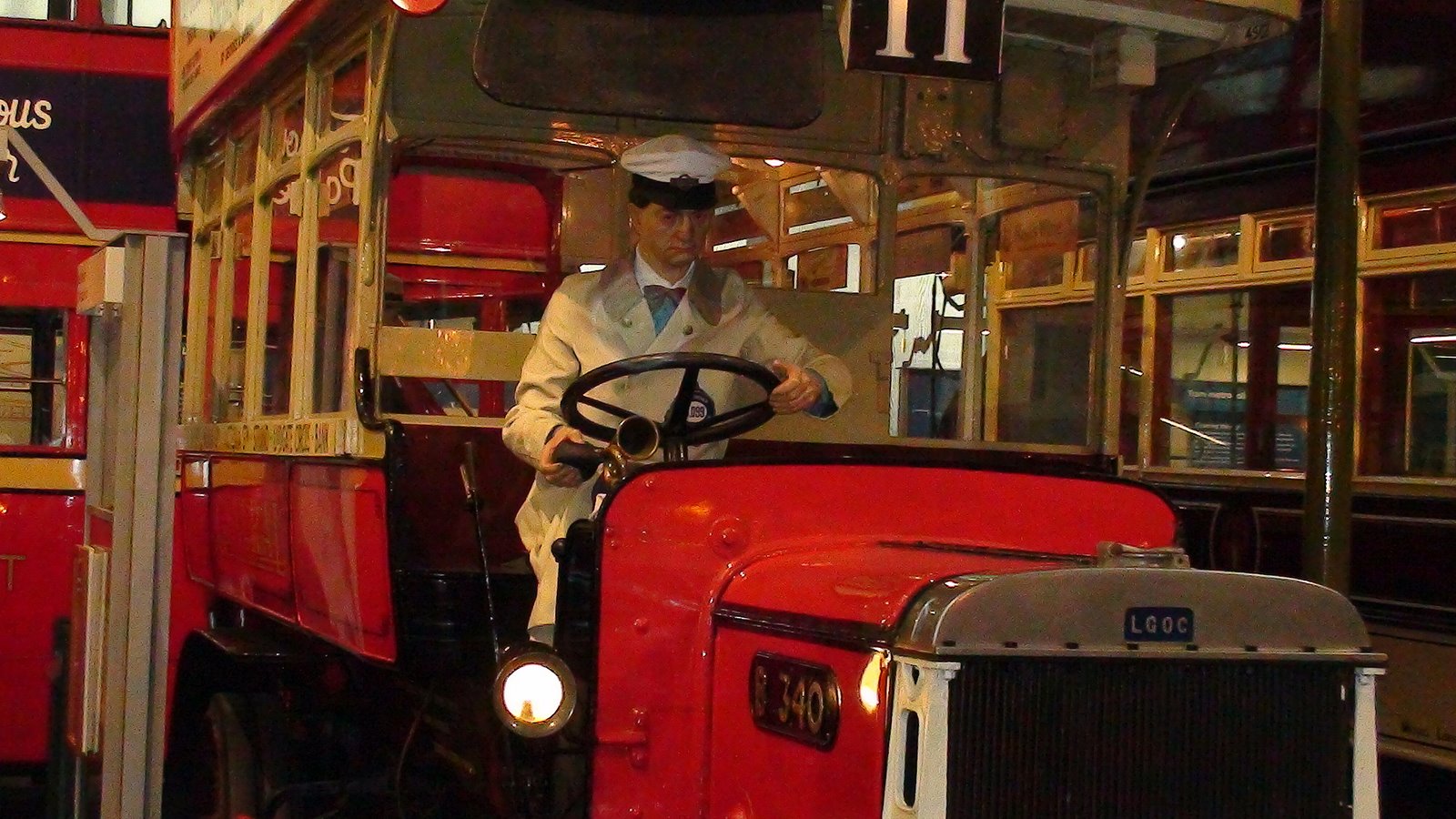 The London Transport Museum occupies an elegant Victorian building, with large arched cast iron windows, that used to be home to the flower market on the edge of Covent Garden's popular piazza. It houses an extraordinary collection of tube and bus memorabilia from the past 150 years. From beautifully-preserved Victorian train carriages to antique trams with precarious spiral staircases to stylish vintage advertising posters to fading bus tickets, this museum uses the transport prism to give an enthralling insight into London's recent social history. As you can clamber on and walk inside iconic old tube trains and buses from many of the decades of the twentieth century, longtime London residents are in for a nostalgia trip. Some of the vehicles are populated with charismatic mannequins in appropriate period dress and matching hairstyles, such as sixties moptops, often playing conversational soundtracks.

Realistic simulator
There are also some extraordinarily intricate models, such as one of the first Underground tunnels being dug out by scores of men pretty much by hand. Children will get stuck into the many interactive exhibits, including a very realistic simulator of driving a tube train between stations, trying to ensure it stops exactly parallel with the platform. Adults will be fascinated by the visualizations of the future of London and its transport system. You can have a time out in the pricey cafe, overlooking the piazza and the imaginative shop, selling a few hot snacks and rather stingy portions of cake. Admission to the London Transport Museum is £10 (including a voluntary £2 donation) for adults and free for kids. Good value given the thought that has gone into making this one of London's best museums. 8/10 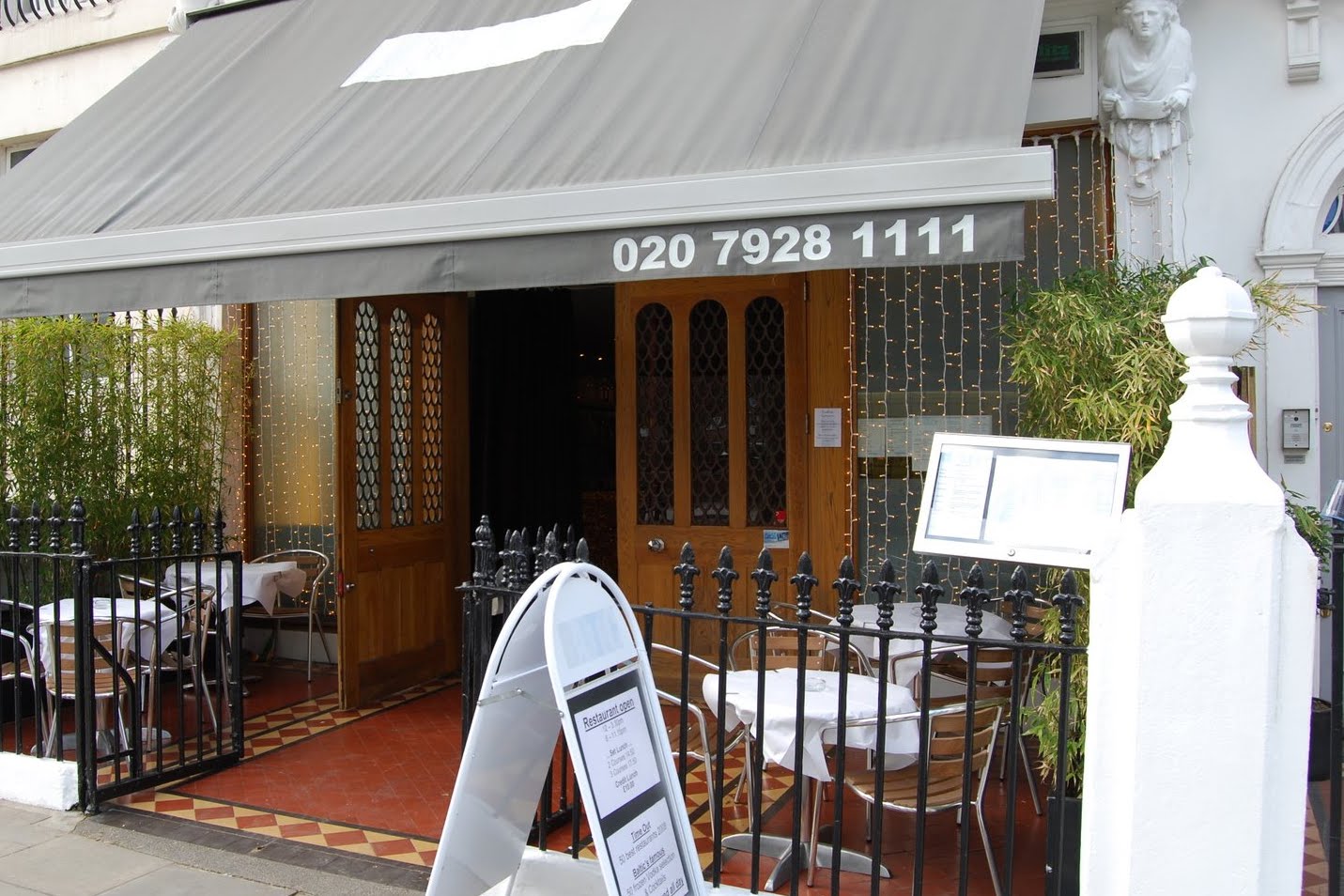 Hidden behind wooden folding doors, the Baltic is a cavernous, modern Polish restaurant with clinical white decor broken up by the occasional piece of modern art or a bare brick wall. If you book, you can eat at a table with a smart white tablecloth in the very large, but often full, room at the back. Otherwise, you may have to opt for one of the more informal tables near the funky bar with its back lit panel of amber stones. Either way, you will probably be served by a glamorous waitress in a little black dress. Among the starters, you can share some warm blinis (£11) with a selection of ultra-fresh fillings, such as sour cream, smoked salmon and marinated herring. To follow, the slow-cooked pork neck and dumplings, served in a pot with a lid, makes for a tender and delicious stew. But there are plenty of other appetizing and filling mains (around £16 apiece), typically offering a twist on traditional east European ingredients, such as beef goulash or golonka pork shank. To get a dose of vitamins, you will need one of the nicely-prepared, but small, side orders of vegetables (£3 a dish). You can drink one of the many unusual vodkas on offer (from £3.25 a shot) or bottles of Pilsner Urquell, which is strong, flavoursome and pricey at £3.50 for a small bottle. Although a tad expensive, the Baltic has good food and a good vibe. 7/10

Near Peckham Rye station, Il Giardino is a small and unassuming, neighbourhood Sicilian restaurant run by a welcoming Peruvian family. Among the starters on the good value menu, are some large and appetising mussels stuffed with cheese, while the mains include a substantial, typically well-done, lamb steak doused in a peppery sauce or some fleshy king prawns surrounded by a respectable salad. A small blackboard touts a small selection of specials. Although the food isn't perfect, it is tasty and filling and the Peroni beer makes for a good accompaniment. 7/10 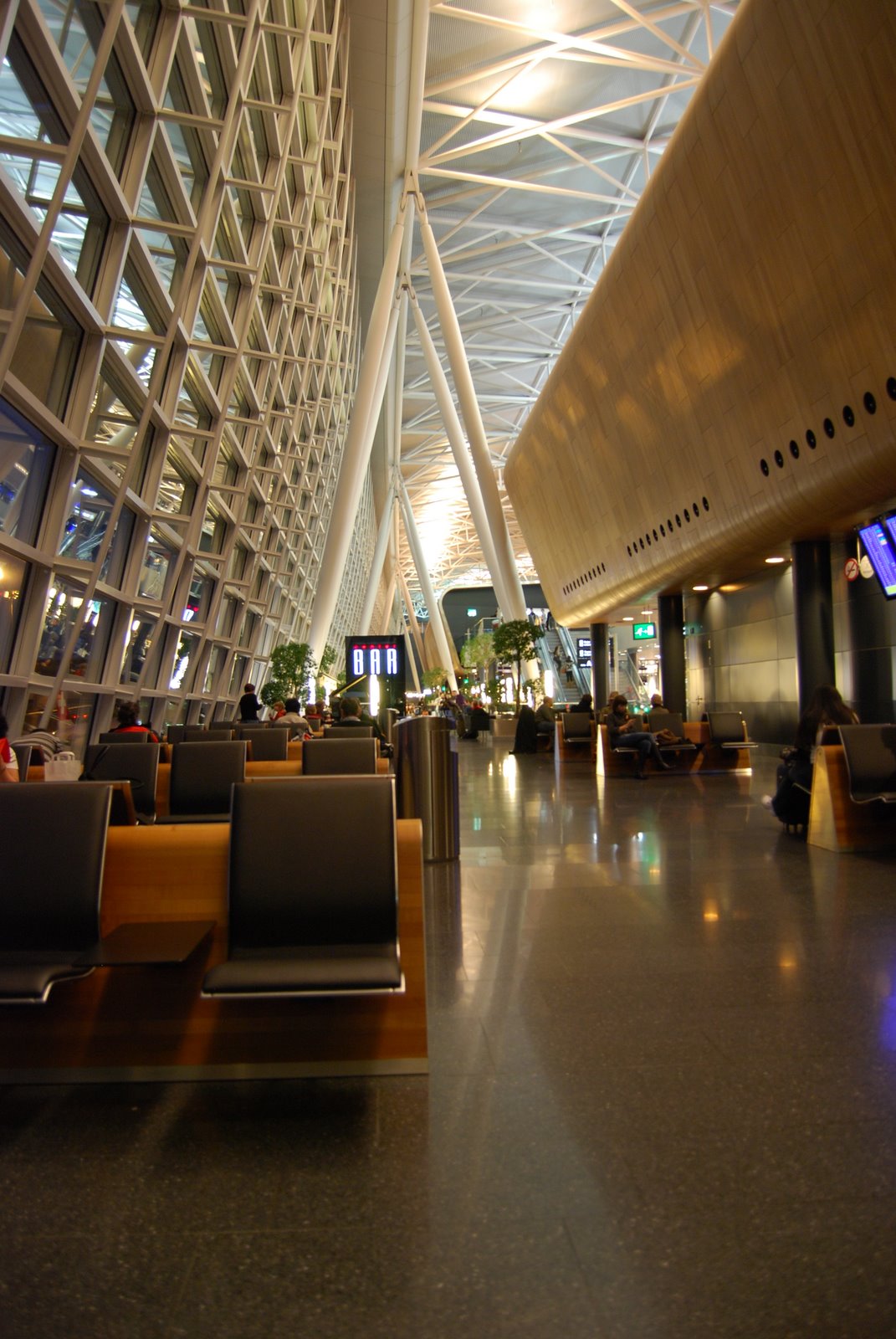 Easy to access via the adjacent railway station, complete with its own shopping mall, Zurich is an ultra-modern airport with futuristic sloping glass walls held up by a grid of white steel. It is a stylish place to hang out, but the sleek bars and restaurants are pricey, while the gates can be a bit of hike from the gateway. The British Airways flight back to Gatwick can be thinly-staffed, meaning you may have to wait for your free drink and bag of nibbles. After you land at the North Terminal, the queues often crawl through passport control and your baggage may be slow to arrive. To catch a train into central London, you will need to take the transit to the South Terminal. All a bit of a faff. 5/10

Attracting a lively, youthful clientele, this hotel restaurant is housed in a couple of cosy rooms with comforting wooden furniture in the basement. If you want to splash out, start with some delicious carpaccio (22 Swiss francs), topped with flakes of cheese and a heap of crispy seaweed, providing a great mix of flavours. The large pizzas (also about 22 francs apiece) make for a more humble, but very filling, main course. If you like your food hot, go for the pepperoni pizza, which is awash with rich, fiery colours - a feast for the eyes, as well as the stomach. Alte Post also has a good selection of beers, including both pilsners (6.5 francs a pint) and cloudy Weizenbiers or wheat beers, costing 8.5 francs for a pint. Expensive, like most things in Davos, but excellent. 7/10 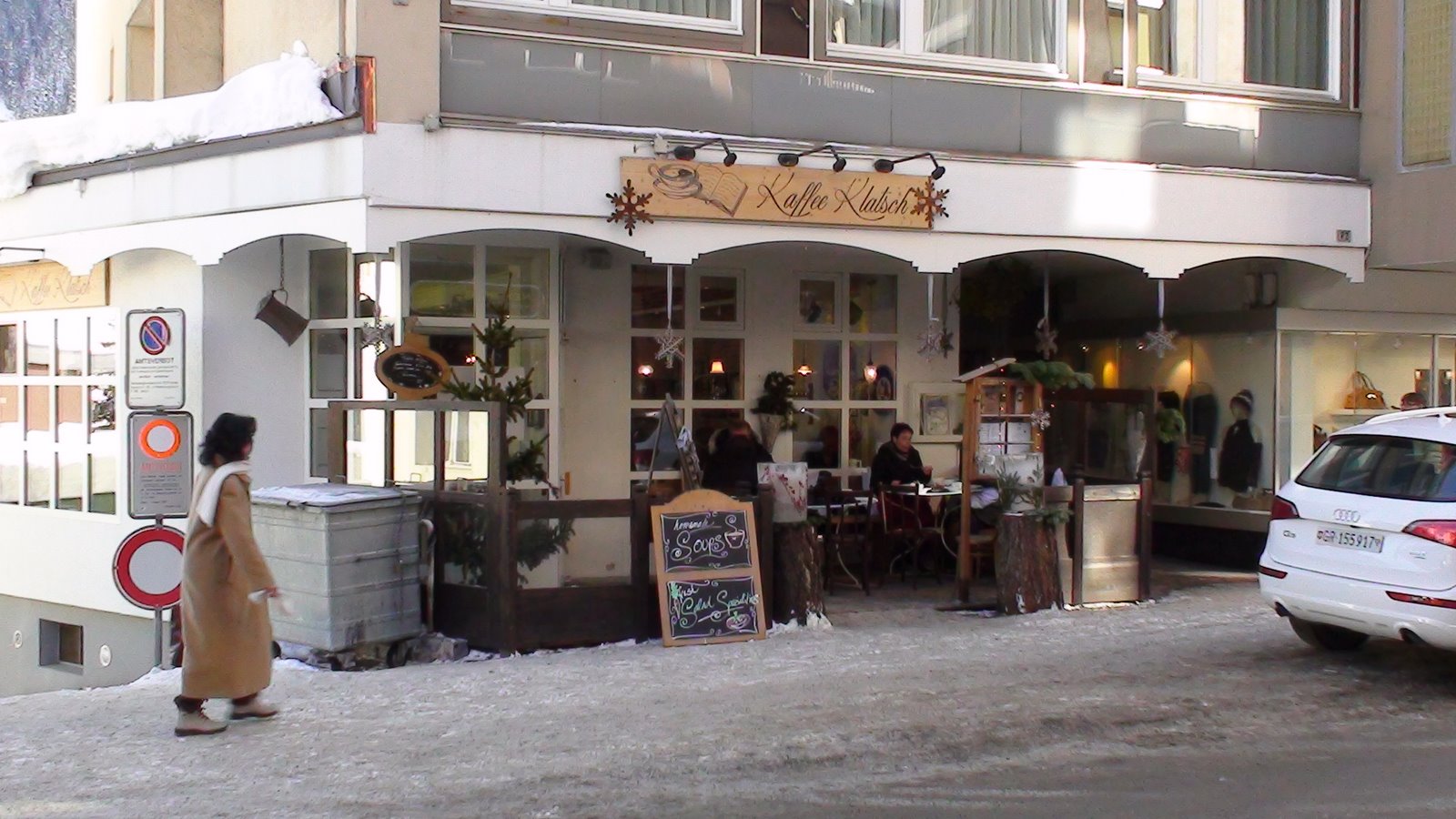 Homely, yet airy, cafe with sturdy wooden tables, bare brick walls and a small army of bustling, young, white-shirted waitresses, Kaffee Klatsch is a good choice for brunch. It sells hearty soups (about six francs) and rich cheese and ham sandwiches (about seven francs) awash with mayonnaise in rustic bread. To drink, there is good selection of coffees, tangy fruit juices brimming with vitamins and an array of tempting cakes and pastries on display behind a glass counter. While you eat, you can browse through the well-thumbed magazines and newspapers alongside the well-heeled locals and skiers. 7/10

Unpretentious eatery-cum-bar housed in a bizarre L-shaped block of concrete, Bistro Angelo offers a selection of burgers and other snacks, plus some more substantial steaks. The pork steak at 28 Swiss francs, served with chips, is large, filling and juicy, while the drinkable pilsner beer is quite good value for Davos at 6.80 francs a pint. You can perch on one of the high wooden benches or find a more conventional and comfortable seat. The Bohemian staff are welcoming, while a clutch of regulars and vintage metal beer adverts, plastered all over the walls, lend Bistro Angelo some atmosphere. Downstairs is a more gritty bar where the hardcore smokers hang out.6/10 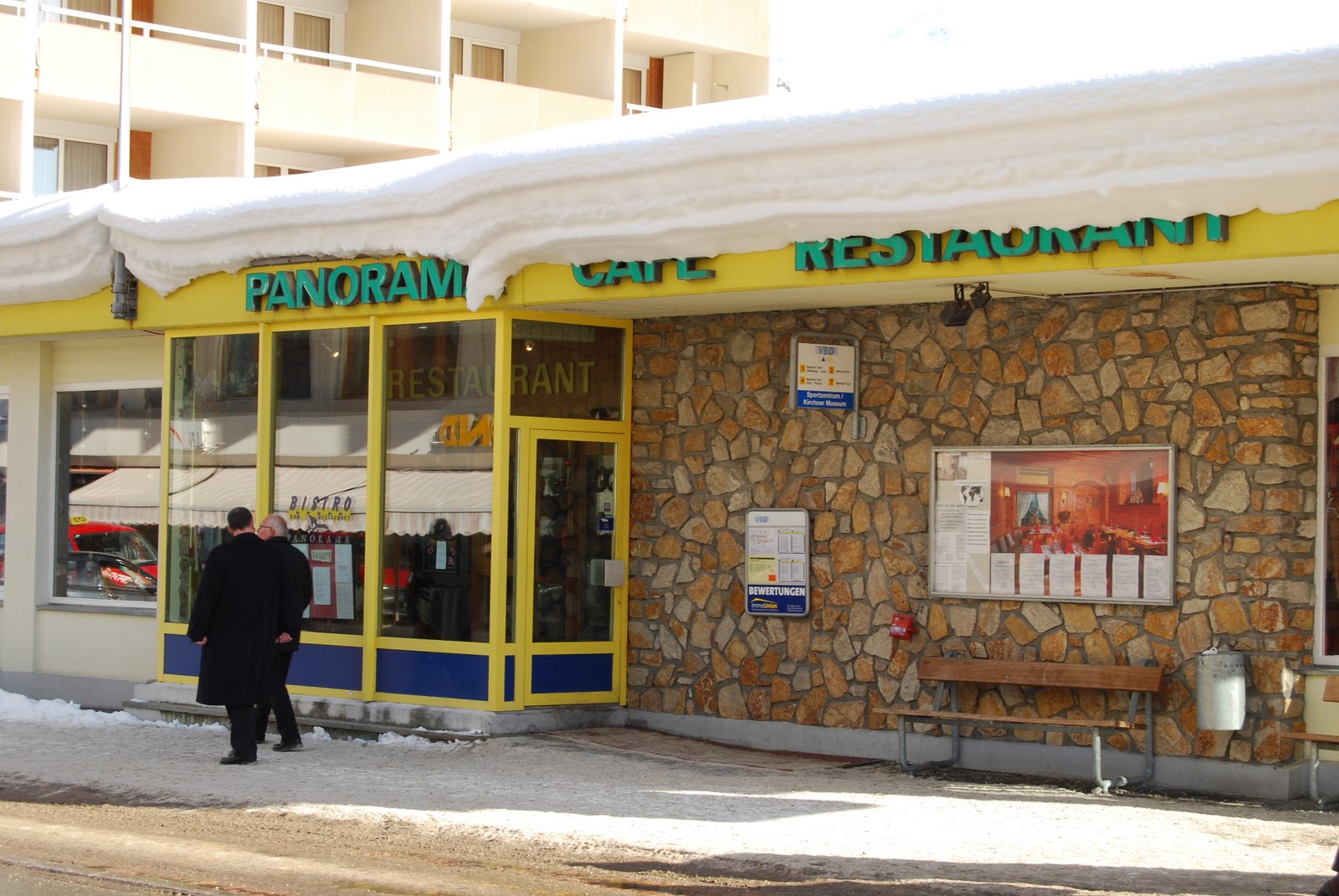 The crass yellow, convenience-store facade belies the high quality and high prices of the food inside the sprawling Panorama restaurant. Head for the large room at the back with views across the terrace to the pine forests clinging to the mountains overlooking Davos. You can sink into a comfortable wicker chair at a table by a large window and wait for one of the slick white-shirted waiters to take your order. If you have 49 Swiss francs to spare, try the large portion of tender trout, served in a creamy cheese sauce, accompanied by some precisely-cooked spinach and a pile of skinny chips. The succulent and tasty fish falls off the fork. Wash it all down with a biggish bottle of sparkling mineral water for 6.5 Swiss francs. An expensive, but memorable, lunch. 7/10

Trains from Zurich to Davos, Switzerland 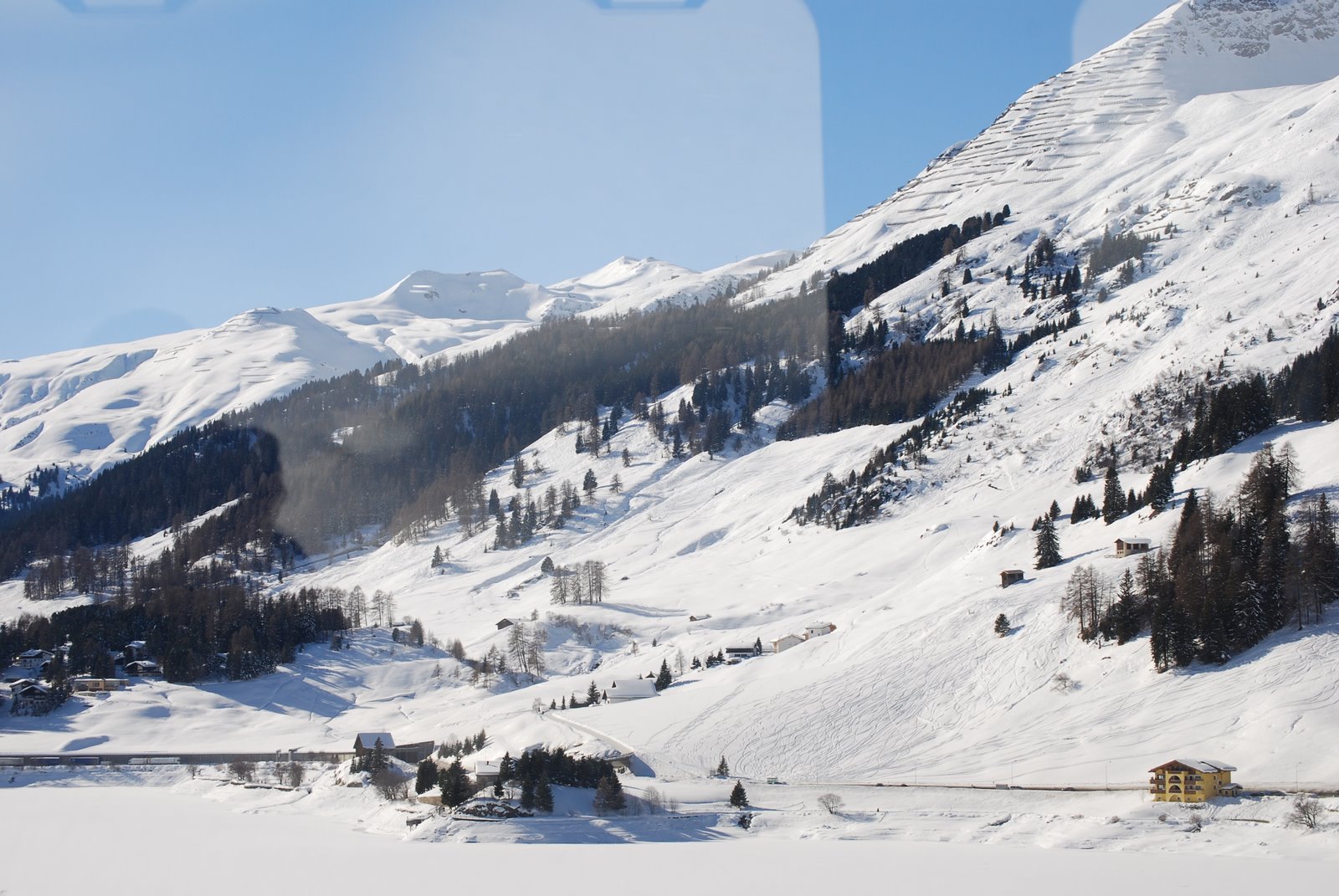 Sleek double-decker trains run every 30 minutes from Zurich's central station to Landquart from where more antiquated trains run every hour up to the ski resorts of Klosters and Davos. As you glide out of Zurich, you are treated to fine views across the cold, clear waters of Lake Zurich to the hills and towns on the east bank. After an hour or so travelling along the valley floor, you reach Landquart, where you will need to wait 10 or 40 minutes for the hour-long picturesque ride up through this heavily-wooded part of the Alps. The steep climb up from Klosters to the three Davos stations, taking in sweeping mountain views, is especially beautiful. You can make the return journey for a reasonable 102 Swiss francs. 8/10

A fairly anonymous pseudo-Italian restaurant on a road climbing out of the centre of Zurich, Pizza Pasta Ciao! has colourful, but unimaginative, decor. Although the staff are young, some of them look as timeworn as the fittings. The thin pizzas (about 20 Swiss francs each) are available in a pretty uninspired selection of toppings. No anchovies. No spinach. Still, the pizzas are large and many of them are topped with good quality ham. The smooth Grosstange beer is good value for Switzerland at six Swiss francs for a tall 50cl glass. By 10pm on a weekday, Pizza Pasta Ciao! can be almost empty. 5/10 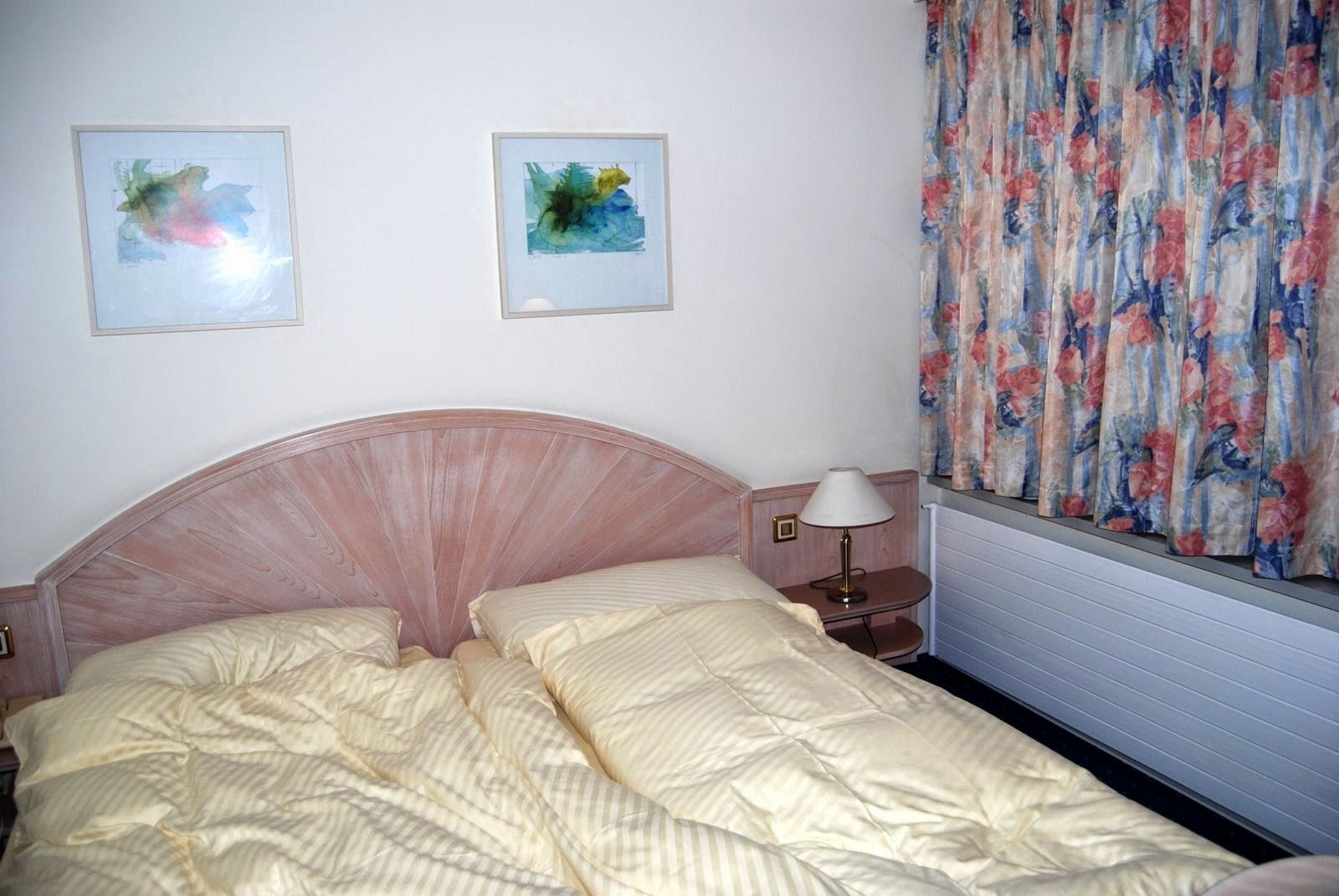 Centrally located in a grim Soviet-style building, Hotel Astor is only a few minutes walk from Zurich's main railway station. The clinical foyer, creaking lift, flowery curtains, flimsy furniture, boxy bathrooms and squat television belong in another era. At 212 Swiss francs for a "superior" double room, Hotel Astor is also far from cheap. The young evening receptionist isn't very knowledgeable, but at least he is friendly and there is fast, free WiFi in the quiet rooms. The beds are basic and the rooms can be too warm, but the windows open and the continental breakfast (included in the room rate) is okay. The buffet features light and fluffy croissants, soft and tasty bread, mini cheeses, boiled eggs, thick blueberry yogurt, orange juice and strong coffee. Even so, Hotel Astor isn't somewhere to linger. 5/10

A short walk from the Docklands Light Railway station, London City Airport is compact, quick to navigate and often crowded. But it beats Heathrow or Gatwick and is well equipped with power sockets, comfortable chairs, shops and cafe-bars. During the 100-minute flight to Zurich on the small plane with British Airway's trademark blue leather seats and impressive High Life magazine, you are served a drink and a hot, but fairly bland, sandwich. On landing, you take a bus to the terminal building, but your luggage tends to arrive promptly and it won't be long before you are at the railway station, which is just a 10 minute ride from the centre of Zurich. 7/10