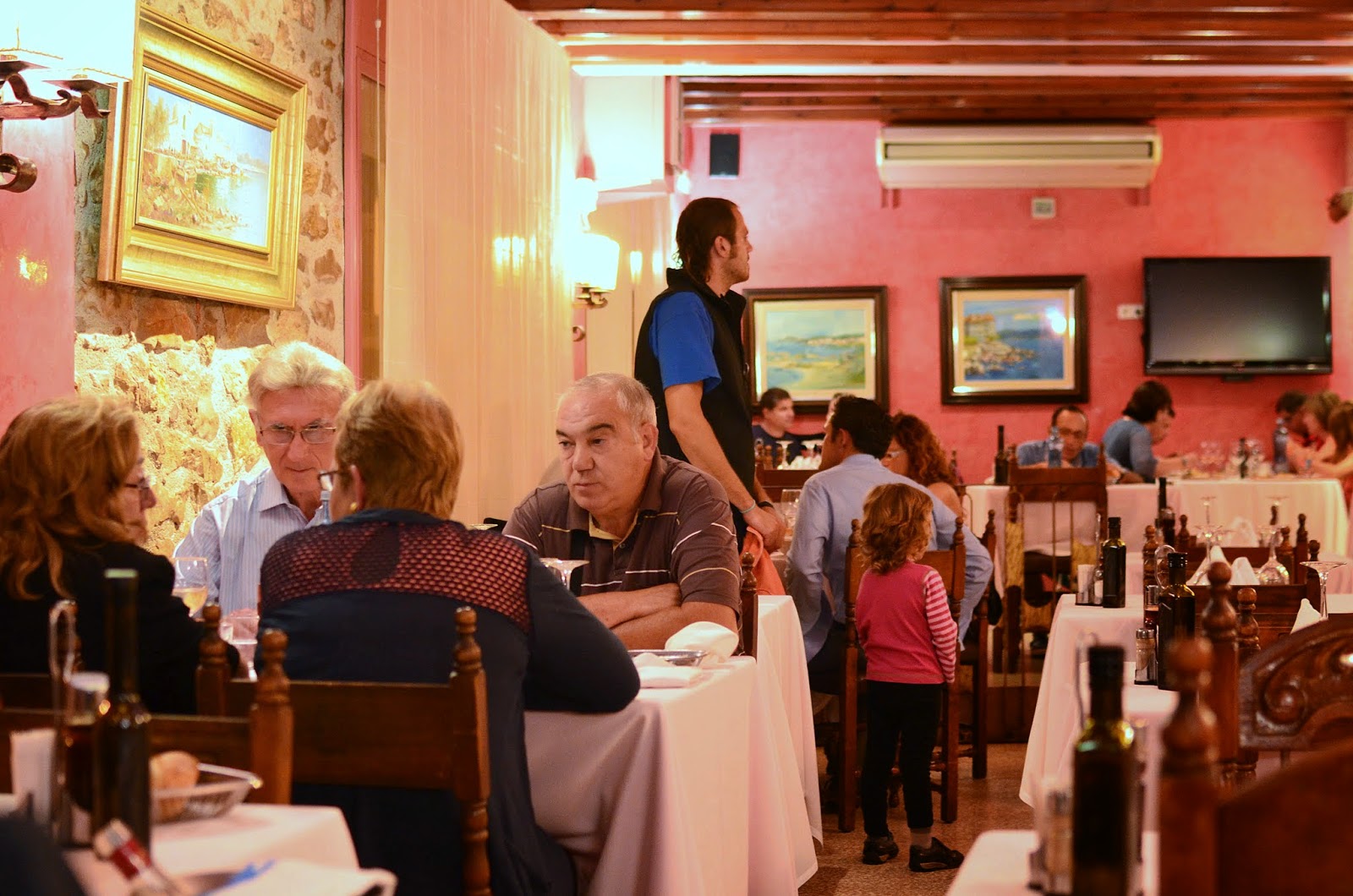 Between Monday and Friday, Hostal Restaurant el Roser offers a three course menu for 14 euros. It looks like a good deal on paper, but don't be tempted. You'd probably be better off going for the 28 euro menu, a la carte or finding another restaurant. With the cheap menu, there are several options for each course, but the food can be disappointing and crudely improvised. The starters tend to be mediocre. The eggs cooked with tomatoes and peppers lack flavour, while the vegetable soup is okay and the spaghetti (billed as ravioli) with cheese and pesto is passable. The reasonable Russian salad lacks seasoning. Things may go down hill when you move into the main courses. The pork and sausage stew may mysteriously morph into a plate of leathery lamb and chips, while the squid a la plancha can be missing the promised tomato sauce. Although the calamaris are cooked well enough, they come with no other accompaniments, except some garlic seasoning. The seabass with stewed vegetables is the pick of the bunch, even though it can be a bony fish. For kids, the cannelloni (eight euros from the a la carte menu) is quite good, except the meat can be overwhelmed by the cheese sauce.

Not enough profit
The deserts are also a lottery. The tiramisu can be a watery disaster. The intense chocolate mousse is better, but the lemon cake is sweet, sickly and artificial. The service is reasonably quick, but the kitchen is clearly trying to cut too many corners in a quest to make some kind of profit on the 14 euro menu, which even includes a bottle of coarse house wine, plus some fine bread rolls. All might be forgiven, if the Hostal Restaurant el Roser had some atmosphere. But the dark pink walls, adorned with prints, are tired and tasteless, while the lighting is stark and canteen-like. 5/10