England versus New Zealand, T20 at the Oval, south London 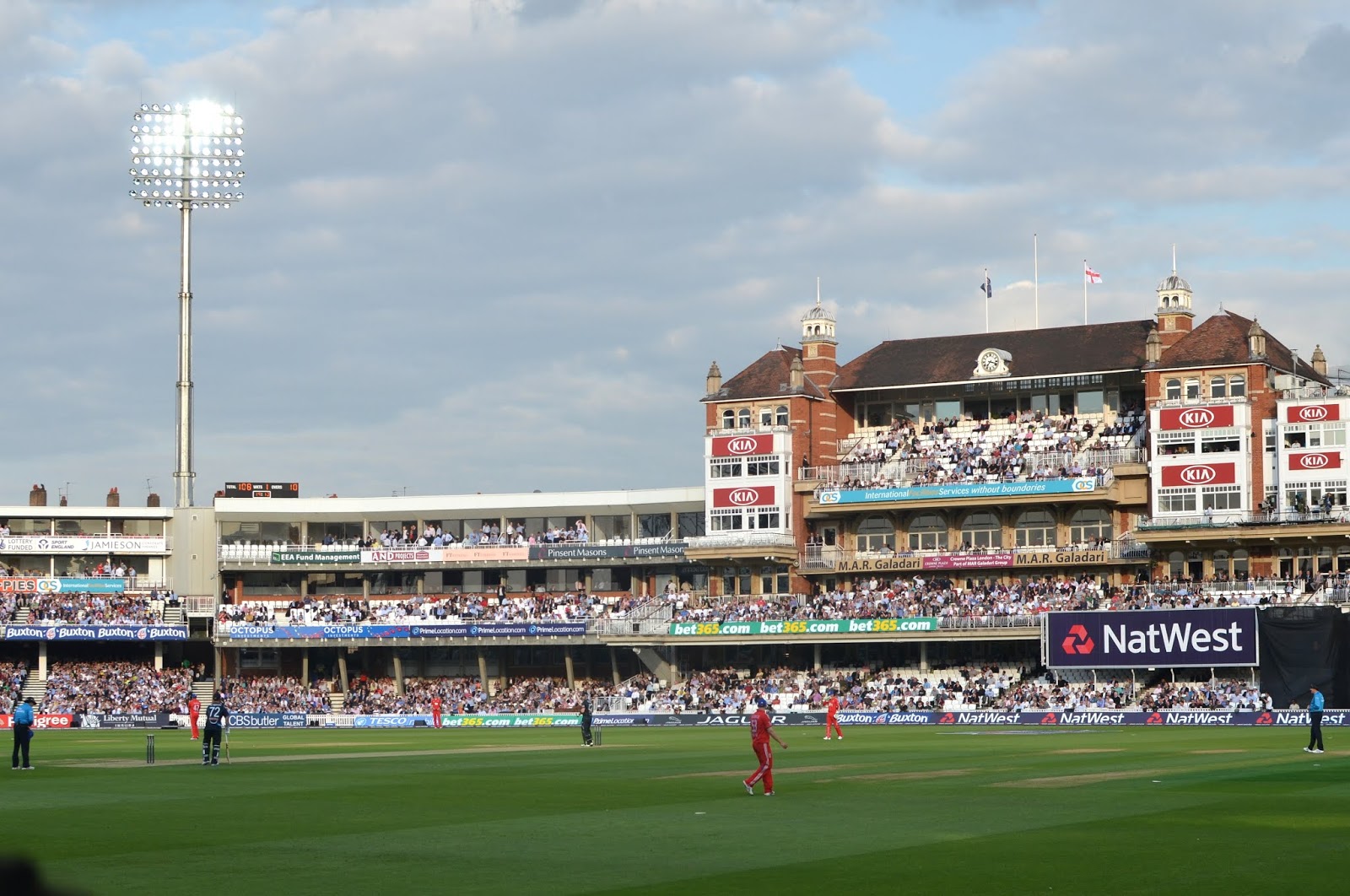 New Zealand just held off England in this high-scoring encounter at the Oval. The Kiwis notched up a free-scoring 201-4 in the allotted 20 overs, thanks to some profligate England bowling. Chasing that handsome total, the home team got off to a flyer. But then the sun went down, the floodlights came on, the wickets started to fall and the run rate with them.   Late in the innings, England captain, Eoin Morgan, was caught behind by an amazing high one-handed catch in the slips.  The match went down to the last ball, but crowd favourite Ravi Bopara failed to slog the six England need to win. At 30 pounds for adults and one pound for kids, an international T20 at the Oval can be a bargain, particularly if you get a thriller like this one. Starting at 6.30pm, you should see three hours of aggressive batting and razor-sharp fielding. Pints of beer are fairly-priced and lined up behind the bar, meaning you won't have to queue for too long. But, beware, the loos can get very, very busy in the break between innings and after the game.  No matter where you sit, you'll be pretty close to the action. If you want to catch the sun, avoid the Vauxhall End.  The crowd on this occasion was mostly city boys in suits, but there were also some good natured New Zealanders and young kids in the mix.  After a few lagers, the odd spectator is prone to sledging fielders on the boundary, but it is usually pretty mild and bad language is rare. There might even be a bit of singing, which is not really cricket. If the weather holds, a T20 at the Oval is a fun evening out. 8/10