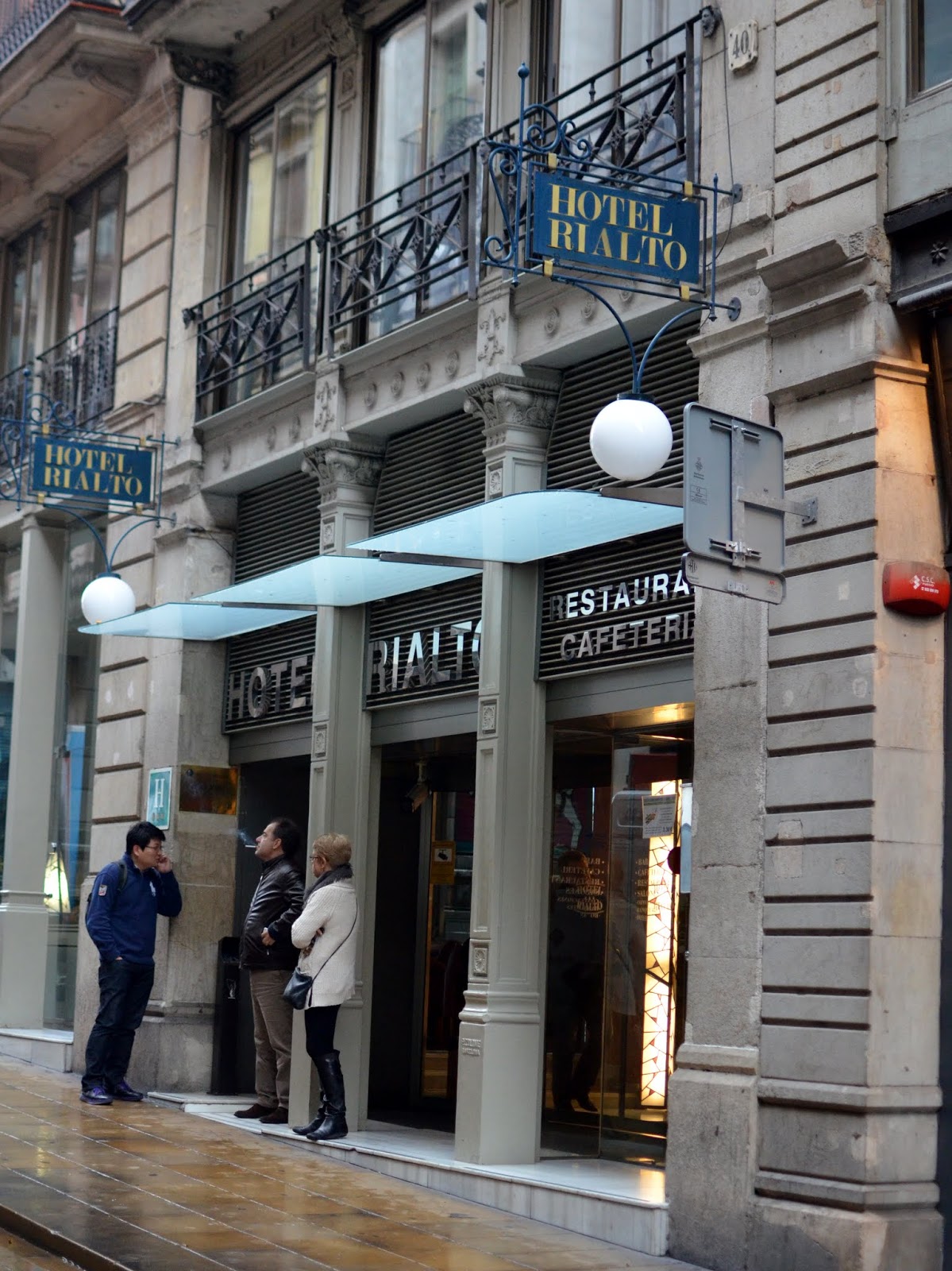 Well located in a historic building in the heart of Barcelona's buzzing Barri Gotic district, the Rialto Hotel doesn't have to try very hard and it shows. The whole place sorely needs a facelift and kitting out with amenities, such as WiFi that works, safes that are big enough to hold a laptop and irons and ironing boards. Frustratingly, the electronic locks on the room doors can be flaky - it might take a dozen attempts before you get the green light. The rooms are a fair size, but they can be uncomfortably stuffy as the air conditioning may be ineffectual. Although the large en-suite bathrooms are fairly contemporary and the showers quite powerful, the pastel patterned curtains and bedspreads in the bedrooms belong to a different era. The safes (2 euros a day for a key) are inadequate, the hotel won't lend you an iron and the large number of bedrooms means the hotel can be noisy. There are no mini-bars, so you'll have to buy cold water from the vending machines on floors 2 and 5.


Gloomy, dated rooms
Breakfast is in the extended warren of gloomy, dated rooms in the basement of the hotel. It is a substantial buffet with an emphasis on quantity and variety over quality - it even has some terrines with fish and meat stews. But much of the food is mundane: The highly-processed cheese is bland, as is the coffee. The bread is hard, while the croissants lack flavour. Still, the chorizo sausages are better and the fruit juice is okay. Ironically, there are signs warning you against taking the food away, but you probably won't be tempted. Despite its great location and competitive prices, Hotel Rialto is best avoided. 5/10