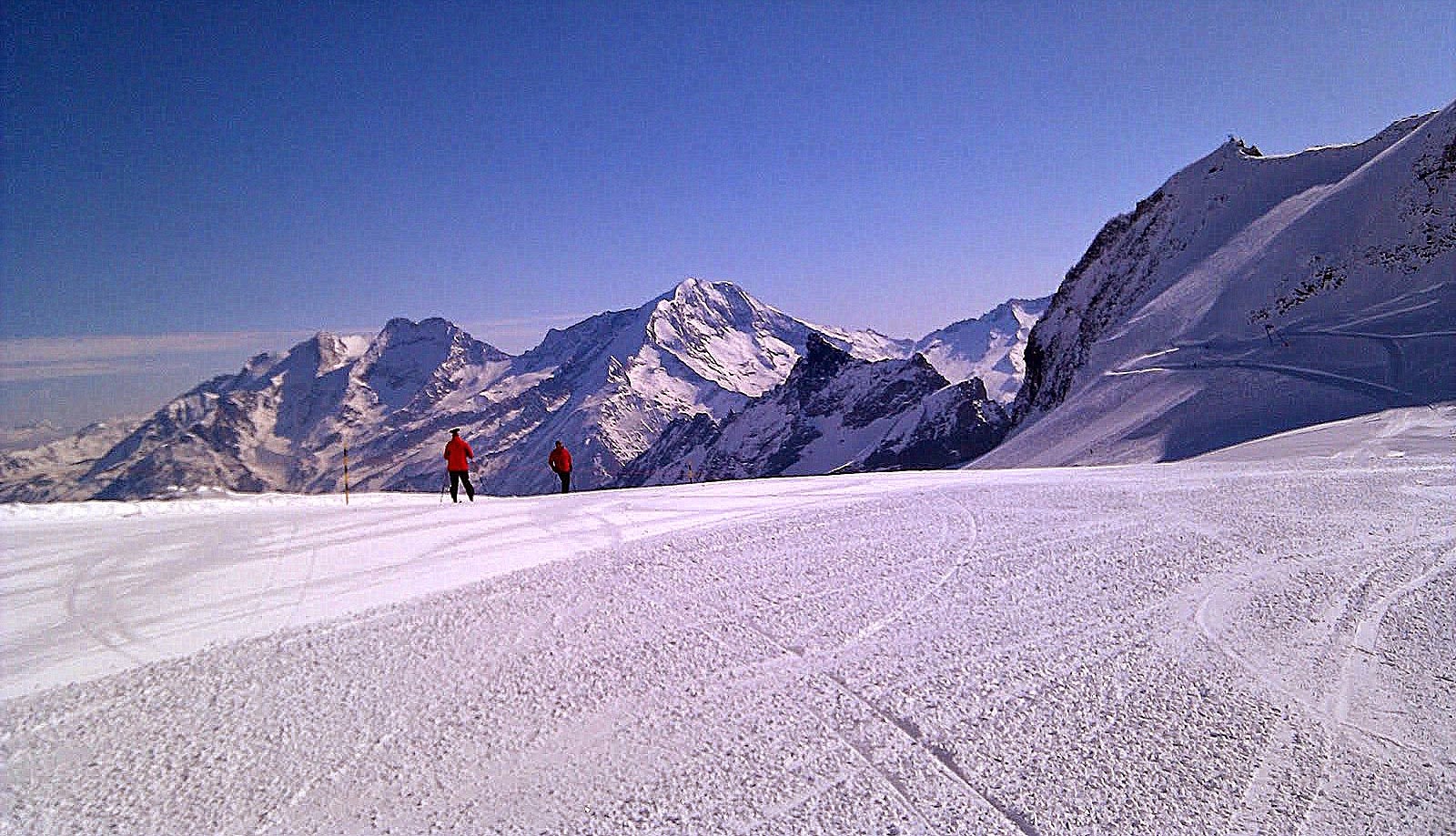 A picturesque and mostly-pedestranised ski resort, Saas Fee is overshadowed by a glacier, which more than makes up for its smallish ski area. With pistes as high as 3,600 metres, you'll find plenty of snow around well into April. Late in the season, Saas Fee also boasts short queues, lots of sunshine, great views of stately 4,000 metre peaks and fast, modern lifts, so you'll spent a lot of time speeding down the slopes rather than standing around. As Saas Fee is quite strung out, try and stay near the hub of the lift system, which is flanked by the children's play area, plus three nursery slopes. At the top of one of the nursery slopes, a big, modern cable car leaves every 15 minutes and whisks you up to a train station at about 3,000 metres. From there you can ski a black down to one of the main piste clusters, take the frequent subterranean train up to the top of the mountain or hike through a tunnel to a series of blue and red runs back down to the middle station, where there is a snow board park and a big self-service restaurant.


Narrow, winding routes
At the very top, the 360 degree views of the Alps are spectacular. Up here, there are some wide, fast and uncrowded red runs, plus a long, cruising blue down to another picturesque ski area on the north side of the resort. You can ski back to Saas Fee from here via a manageable black, but beginners might prefer to take a couple of gondolas down. On the south side of the resort, a gondola takes you up to another lovely spot with a handful of red, black and blue runs down through some pleasant woods. If you are skiing with kids, note that Saas Fee is laced with tricky T-bar lifts, which aren’t always manned. Moreover, many of the blues in the lower reaches of the resort are narrow, winding routes flanked by steep drops - you might find it less stressful to take the wider reds. It also gets slushy on the lower slopes on warm afternoons. Still, late in the season, you can get to the top of the mountain pretty quickly and enjoy the crisp snow and beautiful scenery on the glacier - Saas Fee's major selling points. 8/10