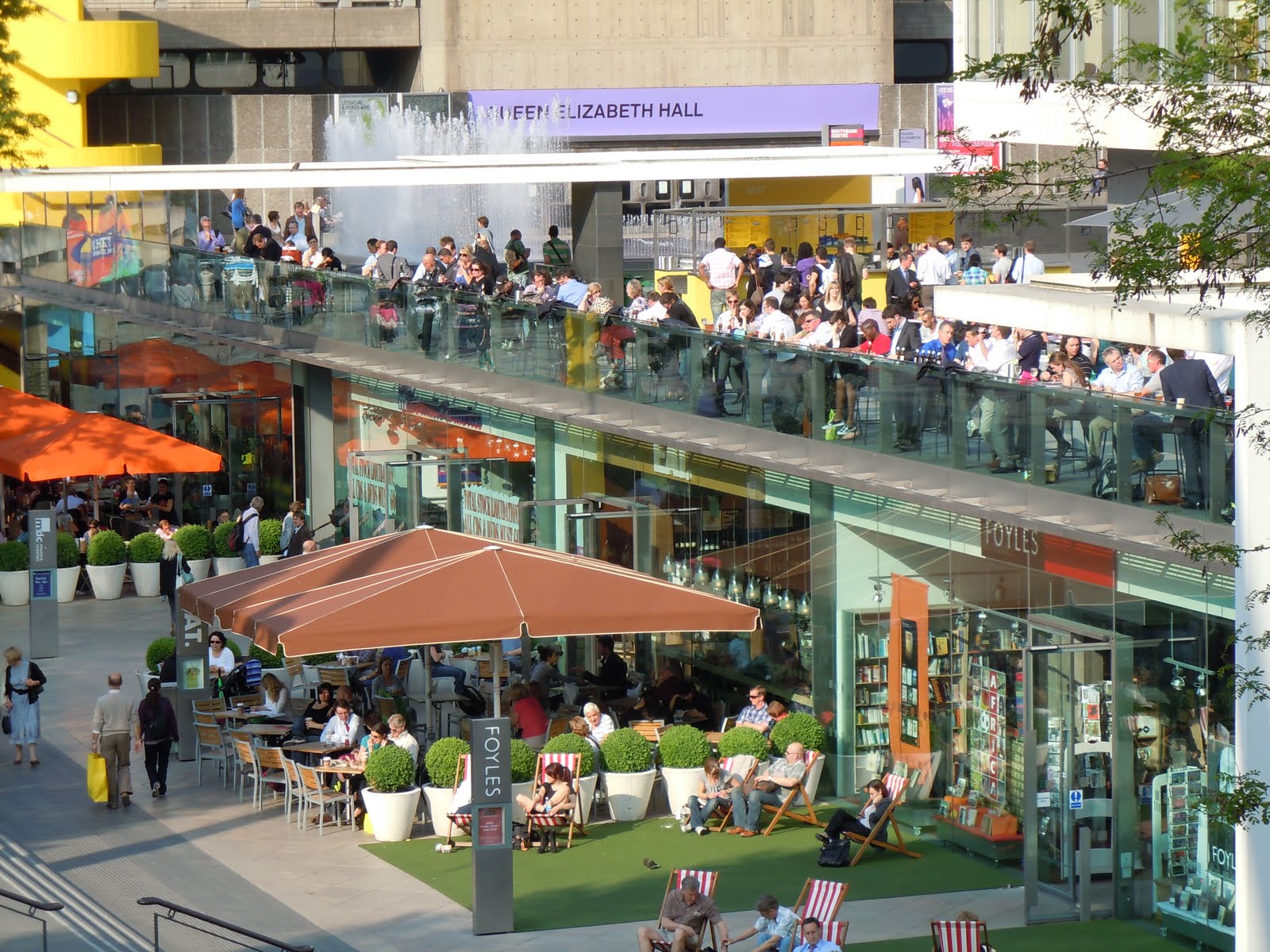 On a sunny afternoon, this is one of the best places in central London for an al fresco beer. Its a great vantage point to watch the boats chugging up and down the Thames, survey the imposing buildings lining the north bank of the river, the great wheel of the London Eye and the gleaming white frames of the Jubilee Bridges flanking the overland rail bridge into Charing Cross. It is also a good spot for people watching both on the terrace and on the wide embankment below - you'll see skiving office workers, exhausted tourists and dozing pensioners. You probably won't notice the harsh, boxy post war architecture of the Royal Festival Hall itself. People tend to linger at the Riverside Terrace Cafe and it can be tough to get a seat after 4pm. You don't even have to buy a drink to sit at one of the dozens of round tables, some shaded by large parasols, set out on the broad terrace. If you aren't in a group, then try and get one of the high seats overlooking the riverside below. The drinks are reasonably-priced by London standards – about three pounds for a 330ml bottle of Moretti beer, for example. If you want to get online, the free WiFi in the Royal Festival Hall can be difficult to pick up out on the terrace and you may have to head inside where there are many more tables behind the big glass windows. Again, you don't need to buy a drink or food from the self-service canteen, which stocks a rather quirky, but fairly healthy selection of sandwiches, savoury muffins and unusual cakes. 8/10