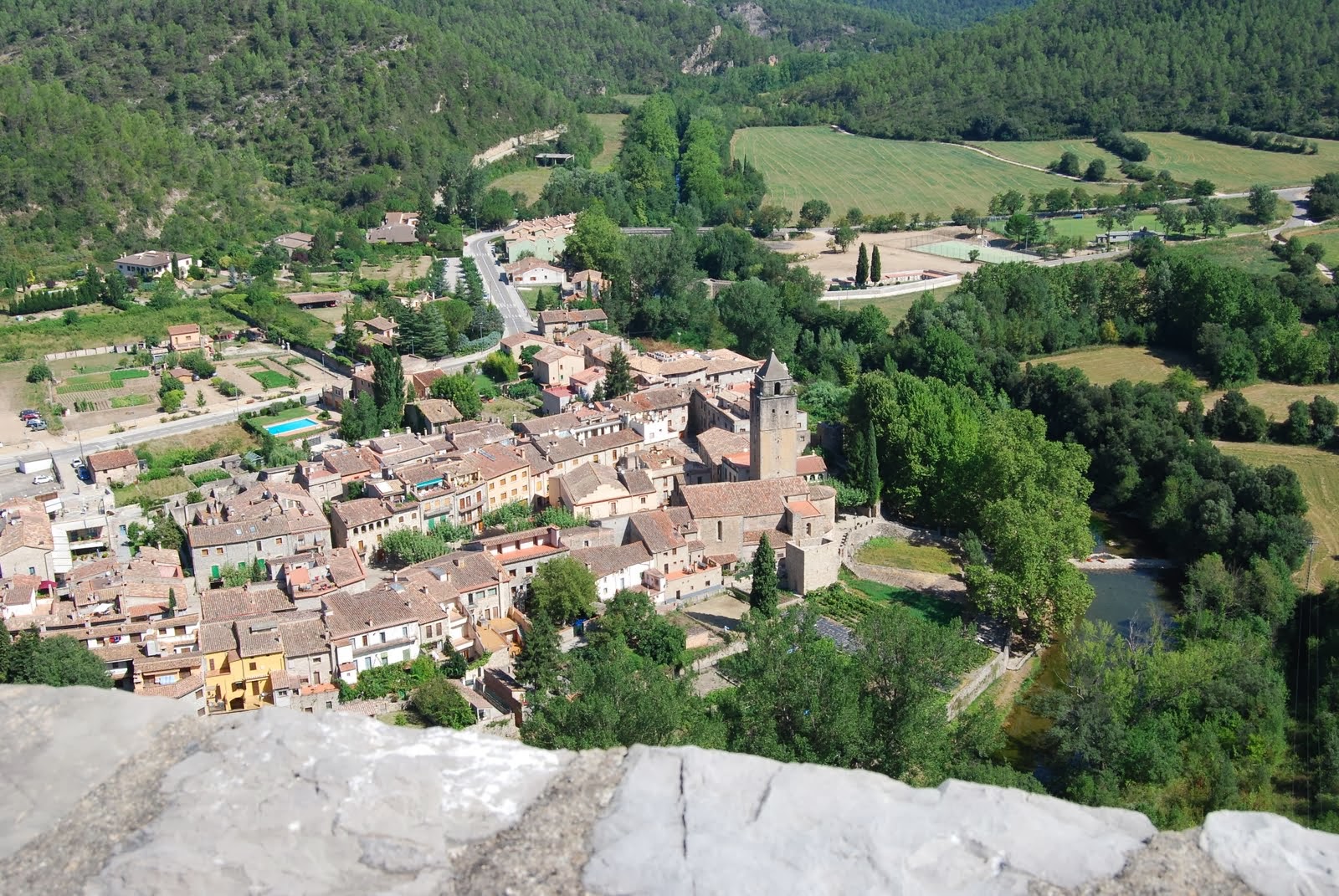 Nestling in the wooded foothills of the Albères mountains, Sant Lorenc de la Muga is partially enclosed by medieval stone walls, punctuated by fortified towers and several evocative gatehouses, still with portcullis. At the heart of the village, is a sizable tree-lined square enclosed by a pleasing jumble of stone houses, low-key restaurants, shops and period street lamps. One end of the square is dominated by a huge cafe-cum-social club selling cheap coffee and beer, which you can drink on the raised stone terrace. On summer evenings, the offspring of the Barcelona residents that own holiday homes in the village, tend to cruise around on their bicycles watched by the locals hanging out in the square and surrounding streets.


Deep, cool water
Be sure to wander down the atmospheric stone alleyways to the river and along to the fine fourteenth century stone bridge at the north end of the village. The biting insects might put you off swimming in the stagnant stretch of water here, so follow an intermittent riverside path about a kilometer south west of town to another ancient cobbled stone bridge. Although technically forbidden, you can join the locals and swim in the deep, cool water here, but watch out for the daredevils jumping off the bridge high above you. Alternatively, leave a five euro deposit at the tabac shop (closed between 1pm and 5pm) in the square and you can get the key to the cylindrical tower high above the village, reachable via an incongruous platoon-style bridge and scores of stone steps. Inside the tower, you can climb a couple of staircases to the battlements at the top from where you get a fine view of the village rooftops and the handsome bell tower of its Romanesque church. 8/10