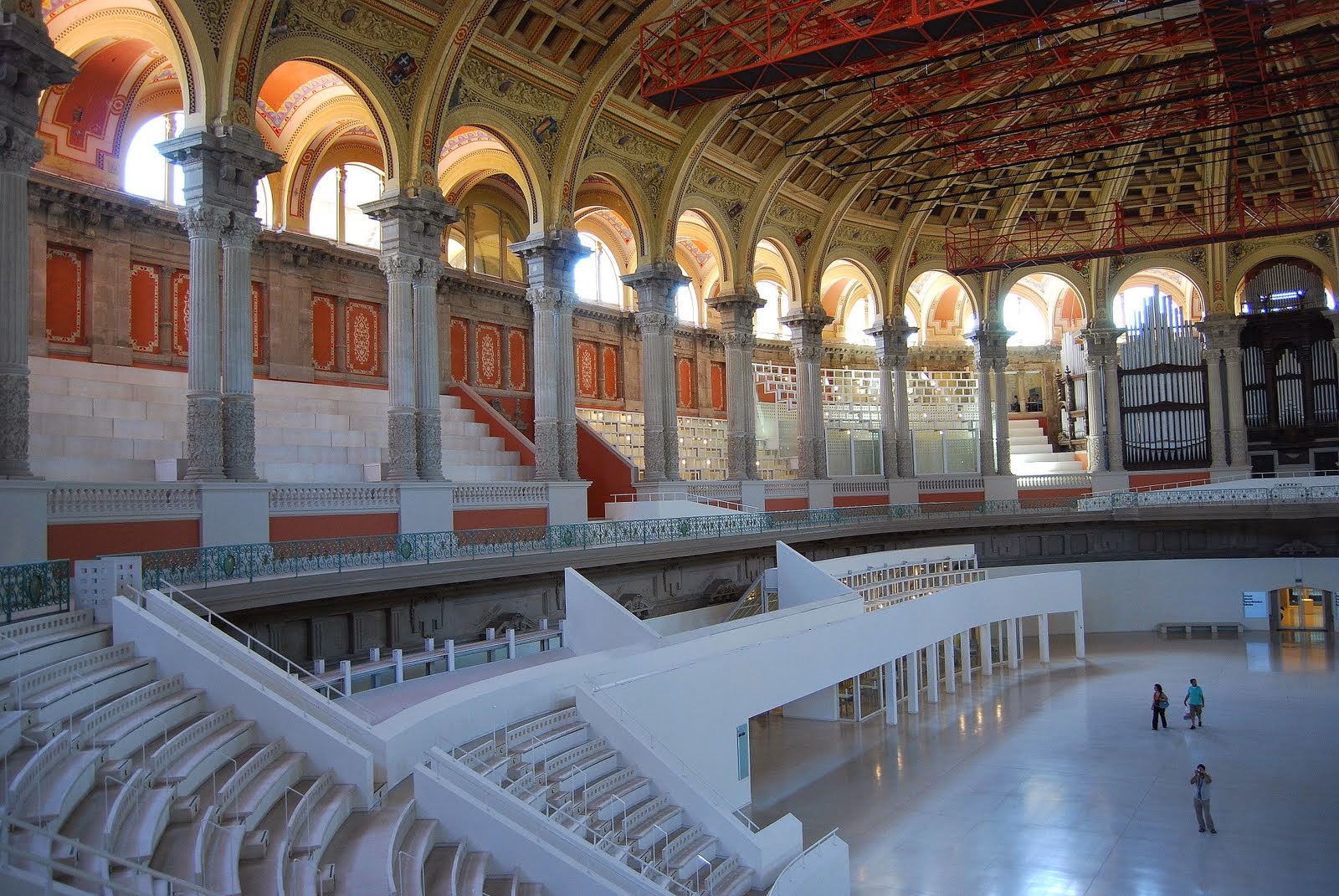 Perched on Montjuic and built in 1929 for the Universal Exposition, the monumental National Palace with its lavish neo-Gothic towers appears much, much older from the foot of the hill. Approaching from the north, you can climb the steep slope to the main entrance using a combination of escalators and broad stone steps. Outside the palace is a small, trendy cafe with tables providing a sweeping panorama of the city, stretching from the nearby fountains and Italianate towers of the Fira exhibition complex and the handsome former bullring behind, right up to the gleaming towers of Tibidabo in the distant hills north of Barcelona. The palace houses an acclaimed collection of art spanning a millennium of Catalonia's history. You have to pay to look at the paintings, but you can stroll into the handsome main hall for nothing. Gleaming white, this wide open space has an enormous vaulted and ornate ceiling held up by intricately-carved neo-classical pillars. Well worth a look. 8/10