While most acts in the Kew the Music Festival attract a middle class, middle-aged crowd, Madchester band James draws a slightly more edgy audience. At this performance, there was a smattering of people under 30 and the thirty and forty somethings in attendance were convincingly clinging on to their lost youth - some of them even danced around babies and toddlers sleeping in pushchairs.  To be sure, you still get the picnic rugs, the prosecco and the parma ham. But the more fervent fans crowded into the dedicated dance area in front of the stage and occupied most of the picnic area immediately behind it.

James entered the stage to a haunting acoustic trumpet solo and then proceeded through a set that adeptly mixed some of their best known singalong tracks, such as How Was It For You, Getting Away With It (All Messed Up), She’s A Star, and Laid, with some lesser known numbers, such as Hymn From A Village and Interrogation, and even a completely new track, called Backwards Glances - a subtle, understated song that Booth sang reading the lyrics from a piece of paper. One of the most memorable renditions was a hearty performance of Sometimes with the crowd continuing to sing the chorus "sometimes, when I look deep in your eyes. I swear I can see your soul" long after the band fell silent. Aside from a bizarre remark about the Queen allowing Kew Gardens to be a public park because of the airport noise, Booth mostly let the music do the talking.

Controversially, James didn't play its best known anthem, the still uplifting Sit Down, a favourite of university DJs in the early nineties.  Moreover, the support acts were forgettable, the compere was laboured and the encore procedure is painful. Worse still, Kew Gardens seems to keep the volume down. Even so, it was an enthralling concert - the diverse set highlighted the breadth of James' musical talents and lead singer Tim Booth retains a superb vocal range and hits almost every note, even when he is threading his way through an appreciative crowd. Employing three part harmonies and the trumpet to good effect, James' plays rock music that is melodic and even magical.  Although it was an incongruous venue for a band that should be playing in a sweaty basement, Kew Gardens' handsome trees, eye-catching sculptures and manicured borders mean it is always a pleasure to visit. 8/10 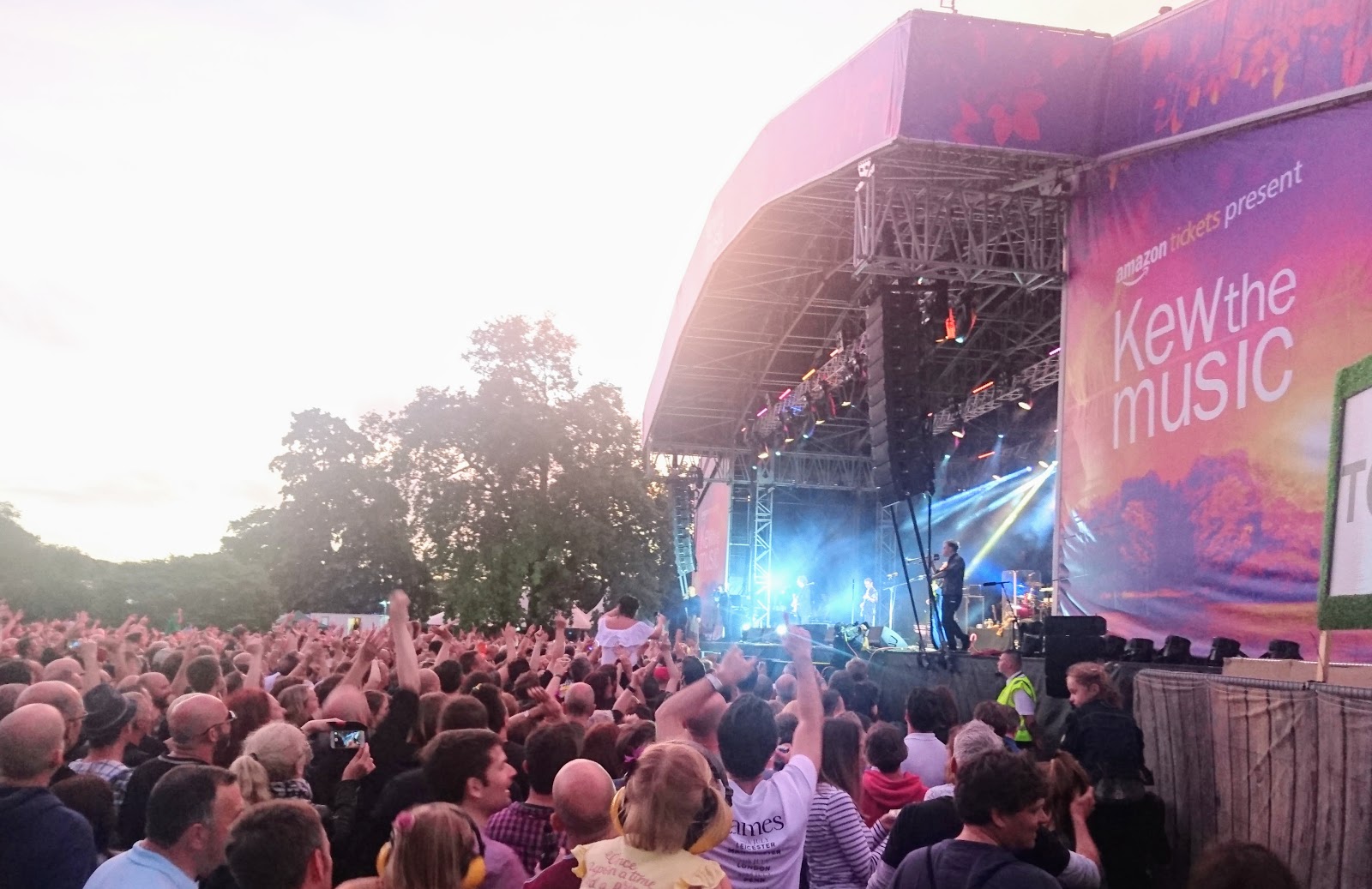 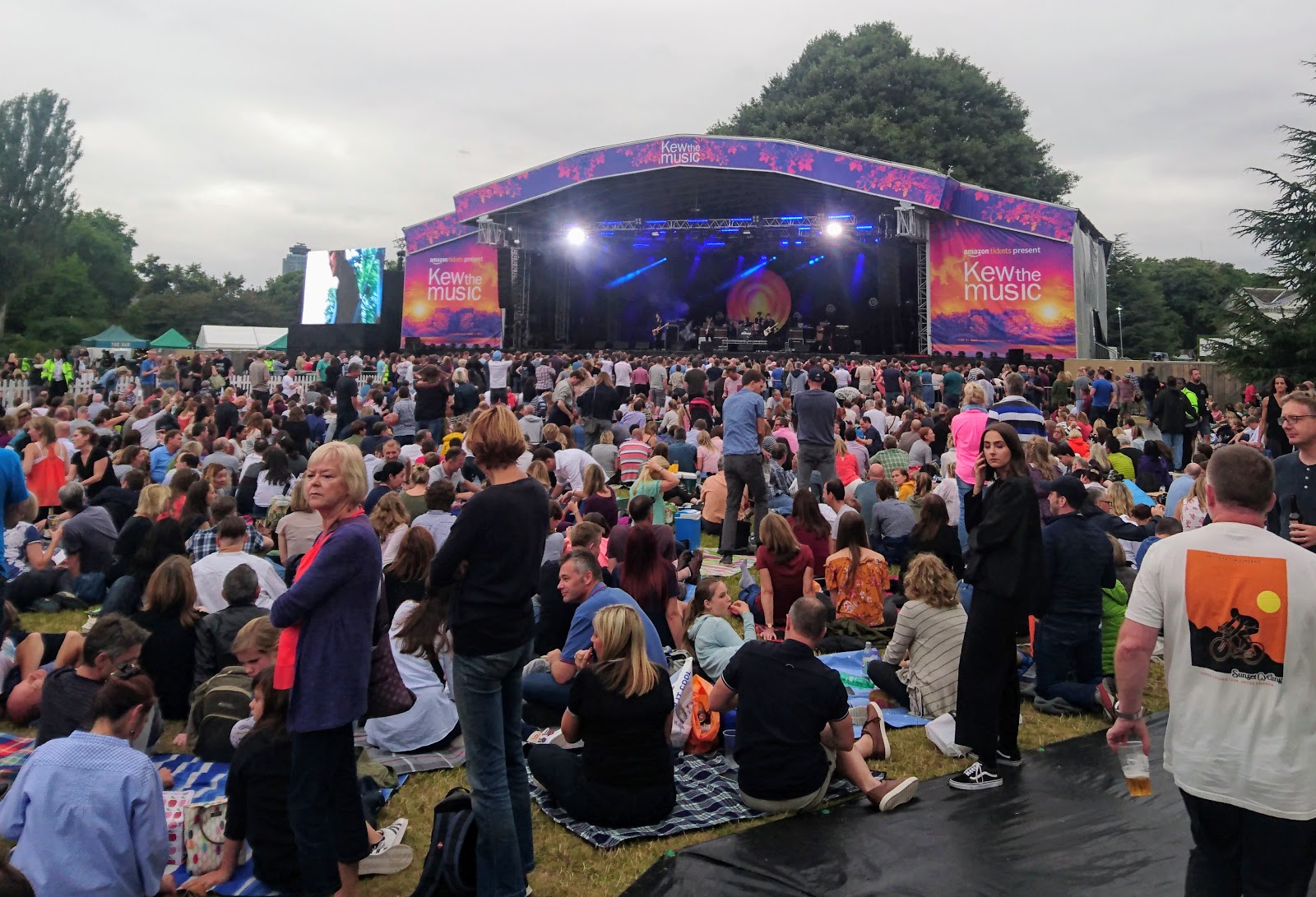 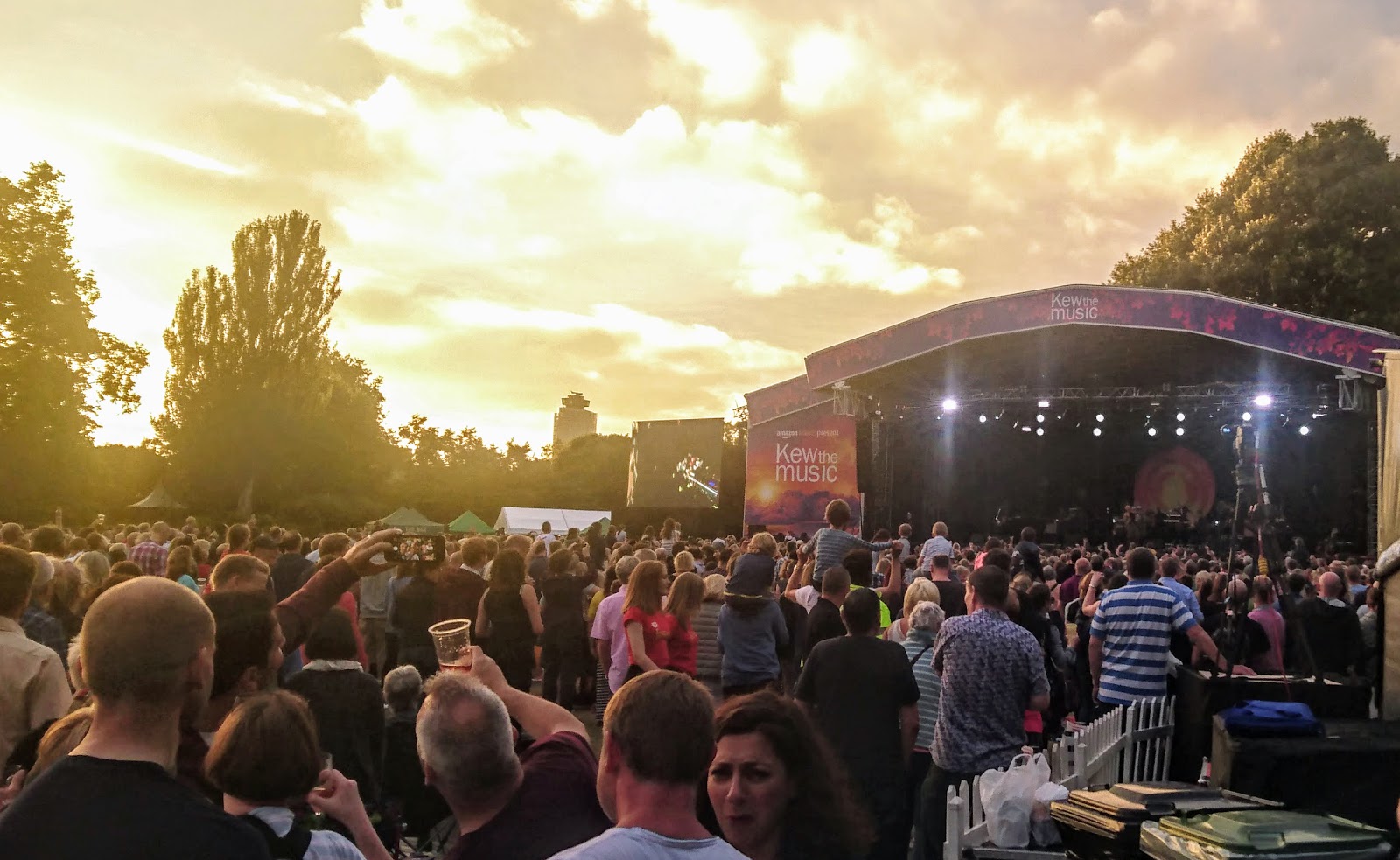