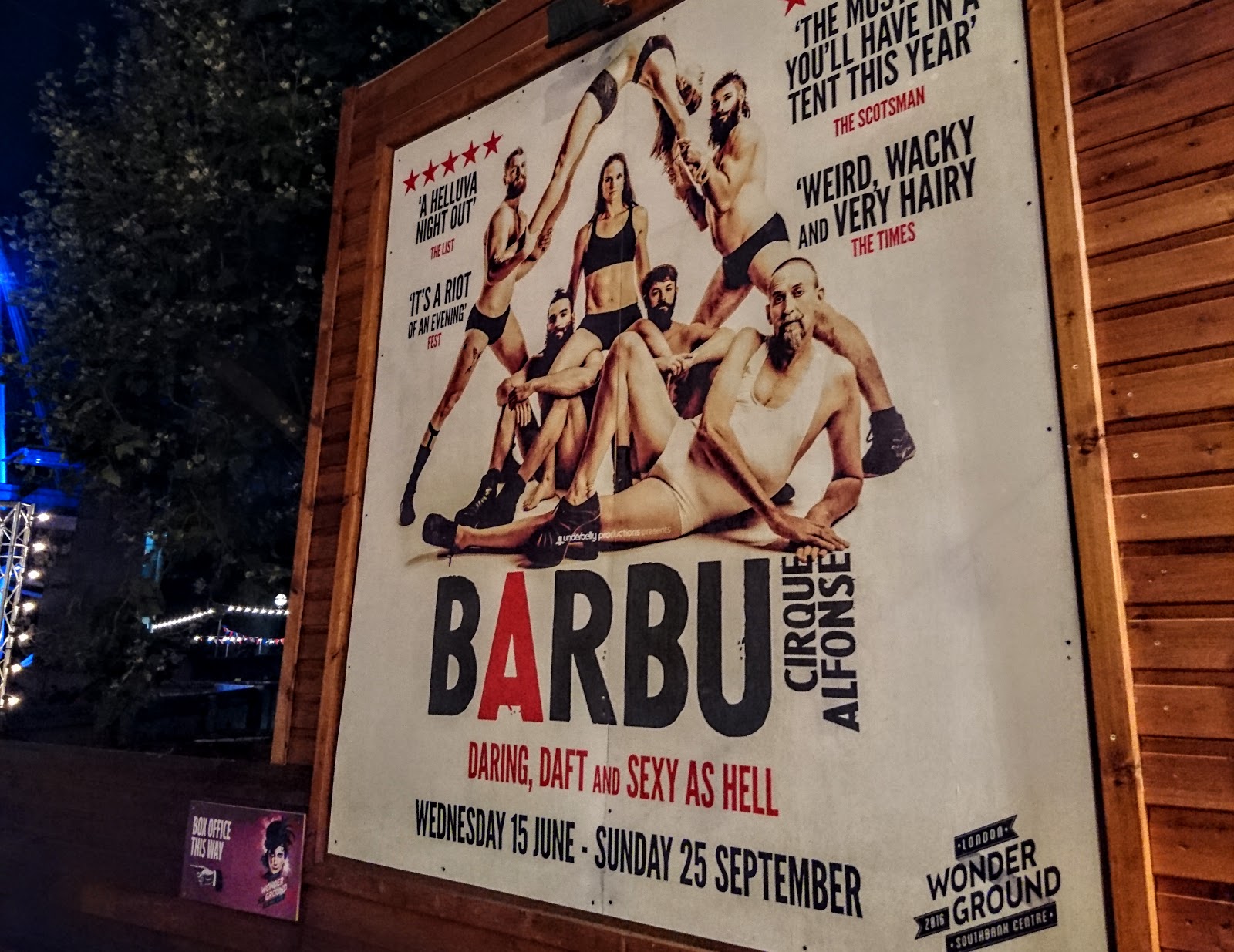 A intense and intimate circus performance featuring a hefty cast of hirsute performers, Barbu is performed in the South Bank's atmospheric and vintage wooden Spiegeltent. Accompanied by a live three-piece band, which plays continually throughout the 80-minute performance, Barbu (bearded in French) features a heady mix of acrobatics, juggling, clowning, nudity, magic and feats of strength. Much of the comedy revolves around the bushy beards and the stiff upper lips of the four male acrobats, while the more elderly clown, who has a discrete grey goaty, relies on pair of high heels and a stone-faced puppet to raise a few laughs. One of the most impressive scenes sees a performer in what looks like a giant inflatable nappy twirling around inside a hoop at high speed, while another involves one of his colleagues lifting three men at once using his shoulders, his legs and his arms. In one cameo, a beefy man slings a metal beer cask around with surprising ease and then pierces it open to spray foam everywhere. A female acrobat also gets the blood racing by spinning manically inside a ring suspended from the ceiling while hanging on, one limb at a time. There is also a daredevil episode in which various members of the cast use a springboard to leap on to the shoulders of their colleagues. At times they look genuinely nervous, adding to the sense of risk. 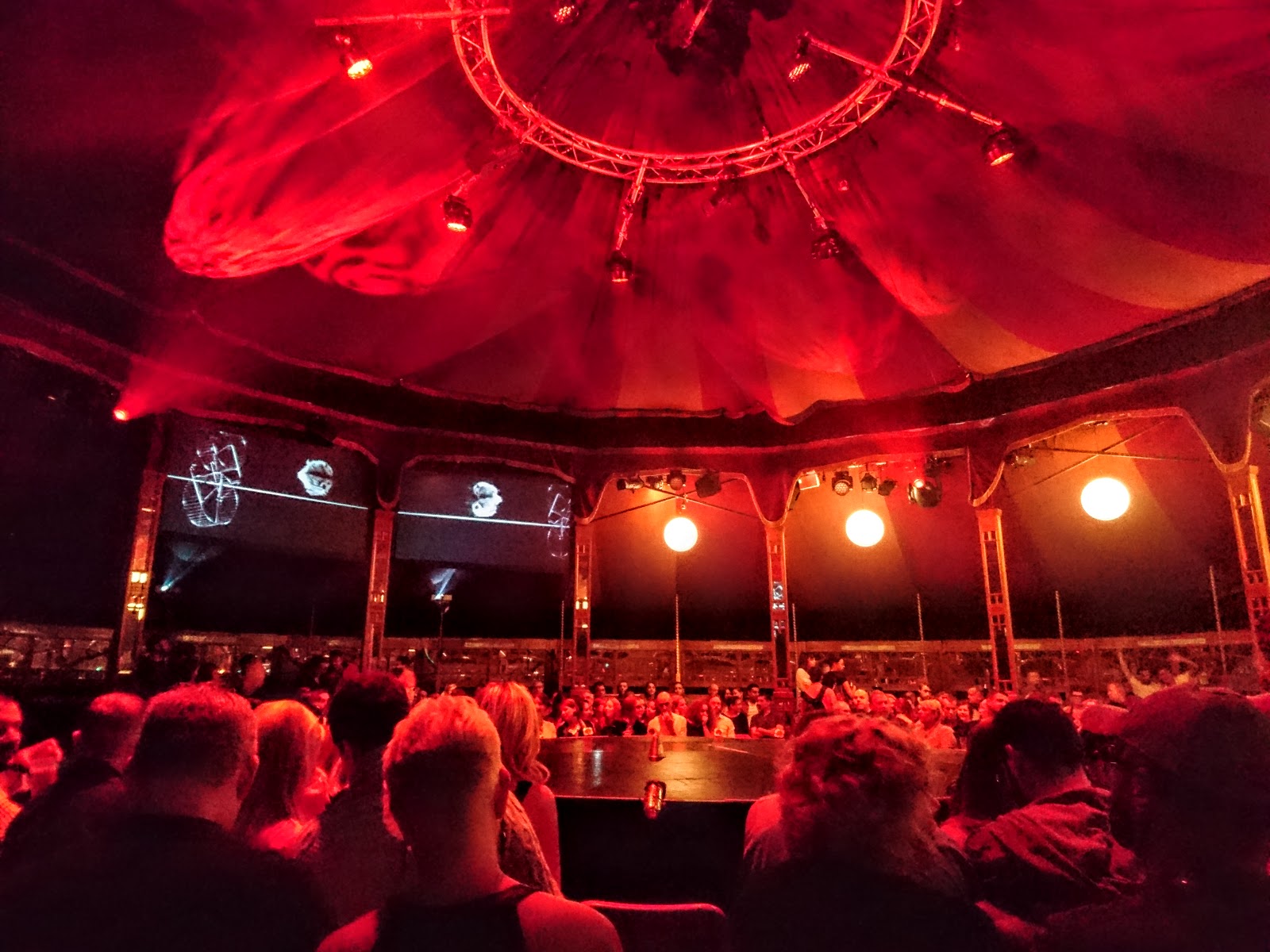 Unfortunately, there is a bit too much juggling - cups, hats and batons all fly around the stage at various times. While entertaining enough, it can get a little repetitive. The clown is also a bit lame, as is a hackneyed magic trick when a girl disappears from inside a locked box and later reappears topless with a beard. There are also a couple of pedestrian audience participation sections, which only serve to break the spell. Still, the high tempo music is very immersive and many of the acts are truly captivating. Moreover, some of the acting is pleasingly subtle. Some of the muscular male performers use minimal facial expressions and nods of the head to convey their emotions. But in the intimate confines of the Spiegeltent, you can pretty much see it all. Produced by Canada's Cirque Alfonse, Barbu isn't quite as good as Limbo, but it does deliver a memorable night out. 8/10