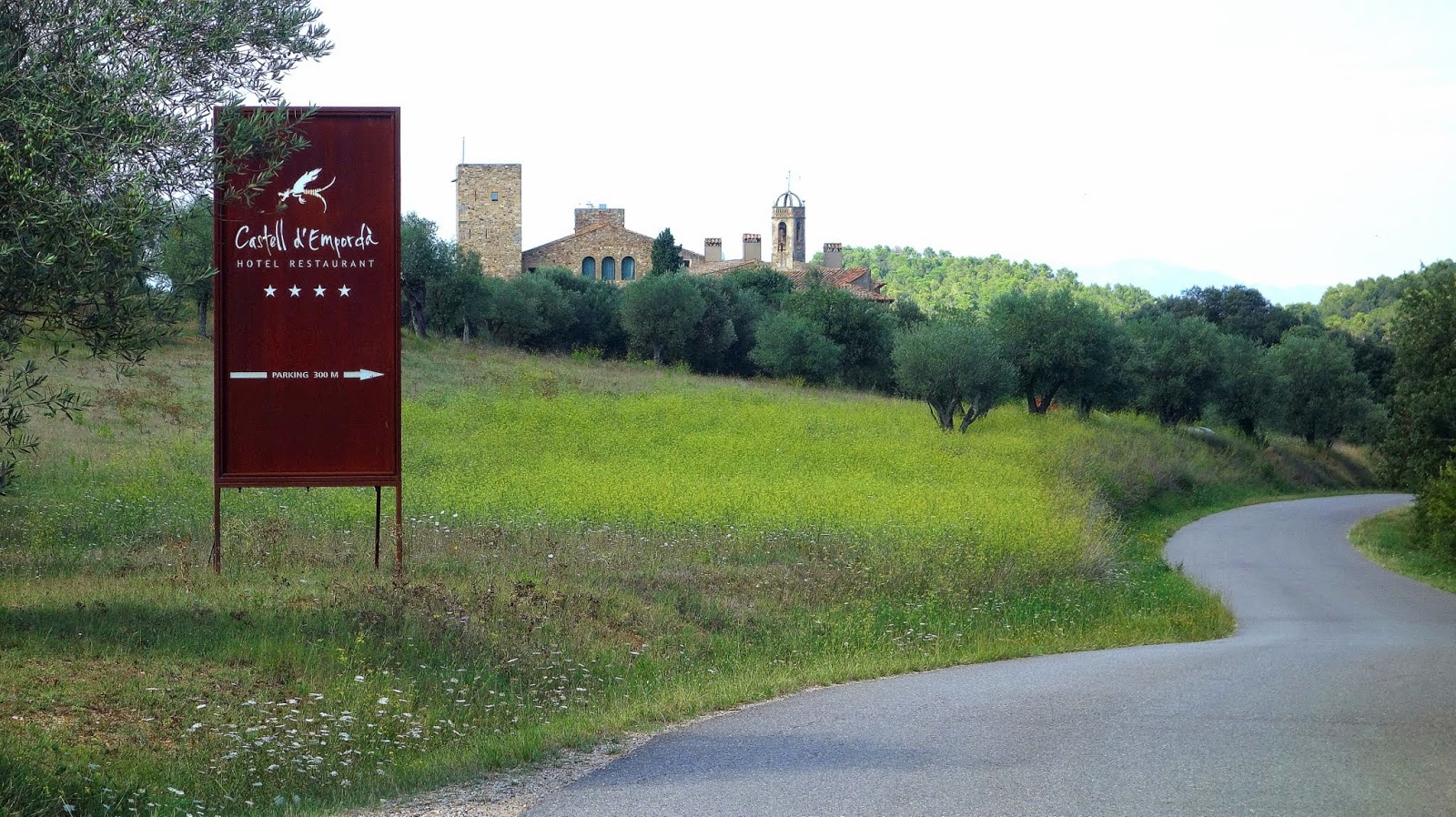 Dating from the fourteenth century, Castell d’Empordà is perched above the rolling farmland north of La Bisbal d'Empordà near the Costa Brava. Medieval towers constructed from golden stone form the atmospheric centrepiece of this luxurious hotel, which also features a modern wing, an outdoor pool, a spacious sunbathing terrace and a renown restaurant. The garden rooms in the modern block have balconies and large glass windows with far-reaching views taking in the surrounding villages. They are well-equipped with comfortable beds, free Wi-Fi, safes, minibars, rain showers, bathrobes and flat-screen televisions. Kitted out in a cool, contemporary style, these rooms have oak floors and stylish, sold furniture. And unlike the accommodation in the castle itself, the garden rooms are served by a lift. 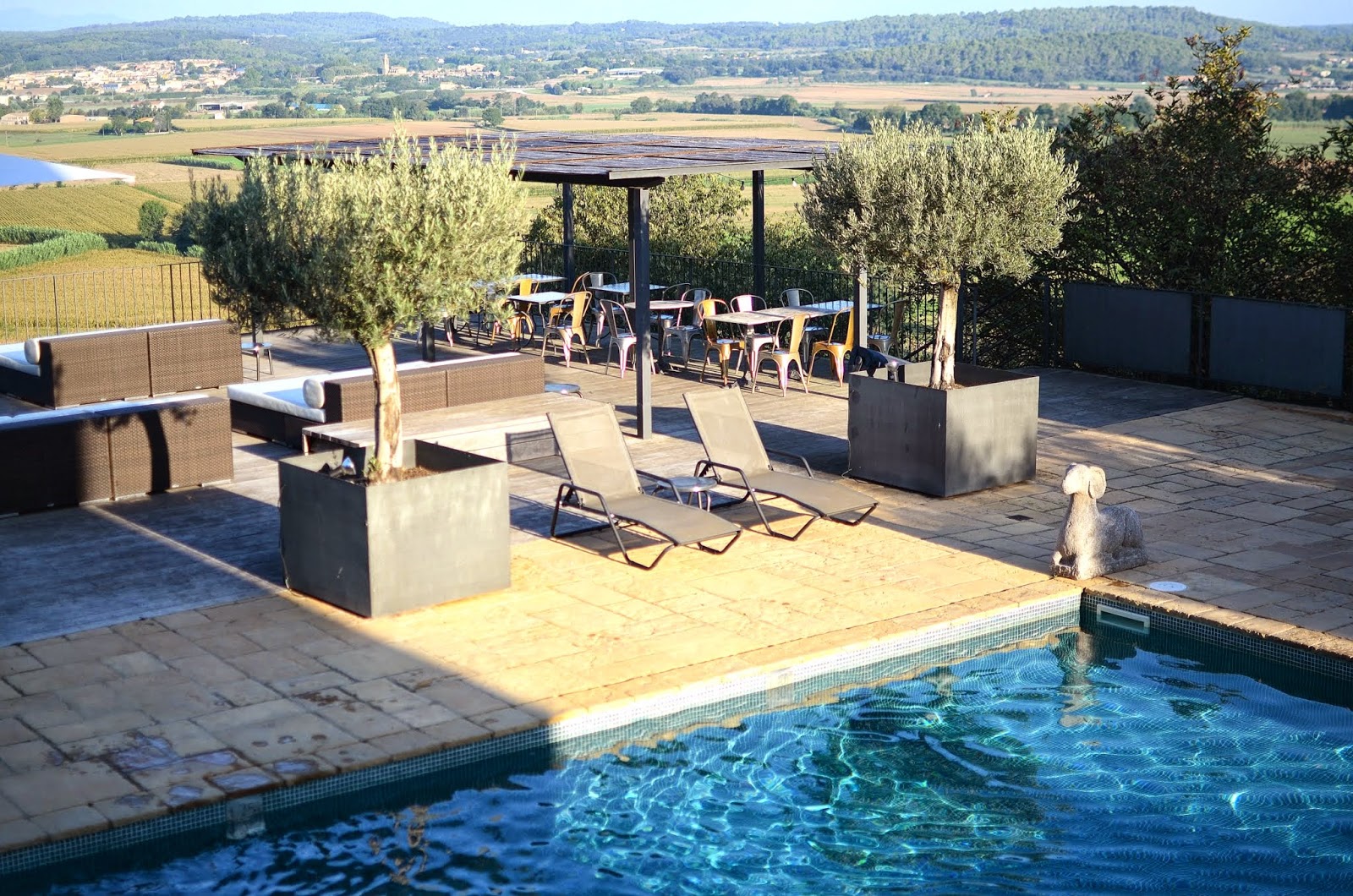 In the shadow of the castle, the swimming pool is surrounded by tasteful stone paving, luxurious sun loungers (some with shade and some with commanding views), olive trees and stone statues. From time to time, a waiter comes round to offer you drinks from the bar. If you plan to come and go, you can lay claim to a lounger with a book and one of the pool towels, but there doesn't seem to be much competition. Up some steps, is an expansive terrace with tables, chairs, sofas and tasteful artworks arranged in front of elegant old arches that act as a gateway to the castle. On summer evenings, the bar sometimes hosts entrancing live music played by Gavin Buckley on Spanish guitar, accompanied by a percussionist and a vocalist. 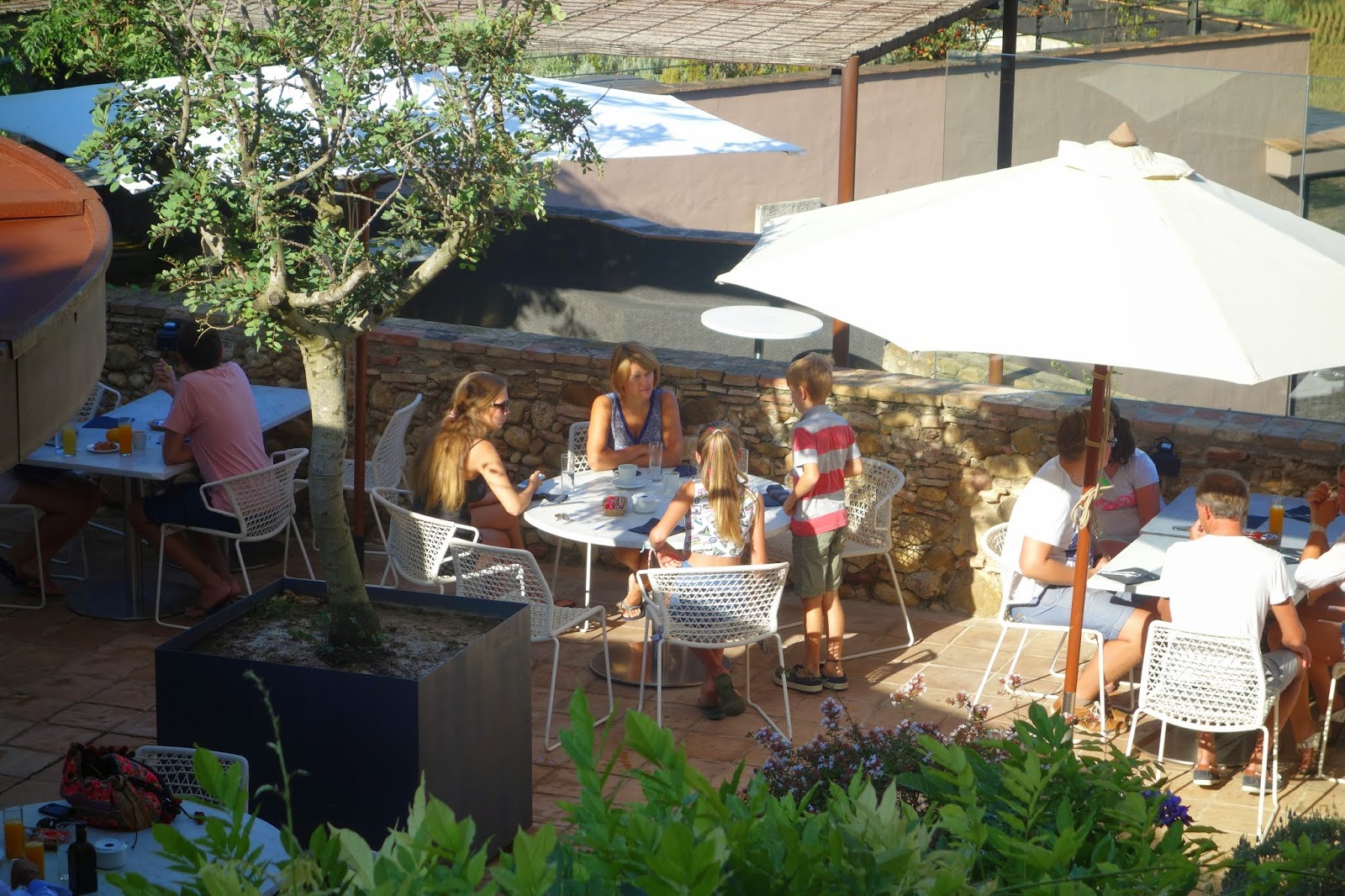 You can eat your buffet breakfast on the relaxed outdoor terrace or in the smart dining room with its cast-iron chandeliers, velvety curtains, upright chairs and Napoleonic regalia. There is decent coffee available from the Nespresso machine, plus a good selection of very fresh fruit juices and Vichy mineral water. The coffee goes well with the freshly baked rustic croissants and bread, topped with one of the tasty cheeses or cold meats. You can also order eggs (generally good) and wafer thin bacon (not so good) from the waiting staff. A magnet for kids, the upmarket cereals, which include a chocolatey granola, are excessively sweet. There is also chopped fresh fruit, including water melon and pineapple, which you can douse in natural yoghurt or Danone flavoured yoghurts, if you prefer. All in all, Castell d’Empordà serves a good breakfast, but it is not great. It is missing smoked salmon and other delicacies you might find in some of the best breakfast buffets. 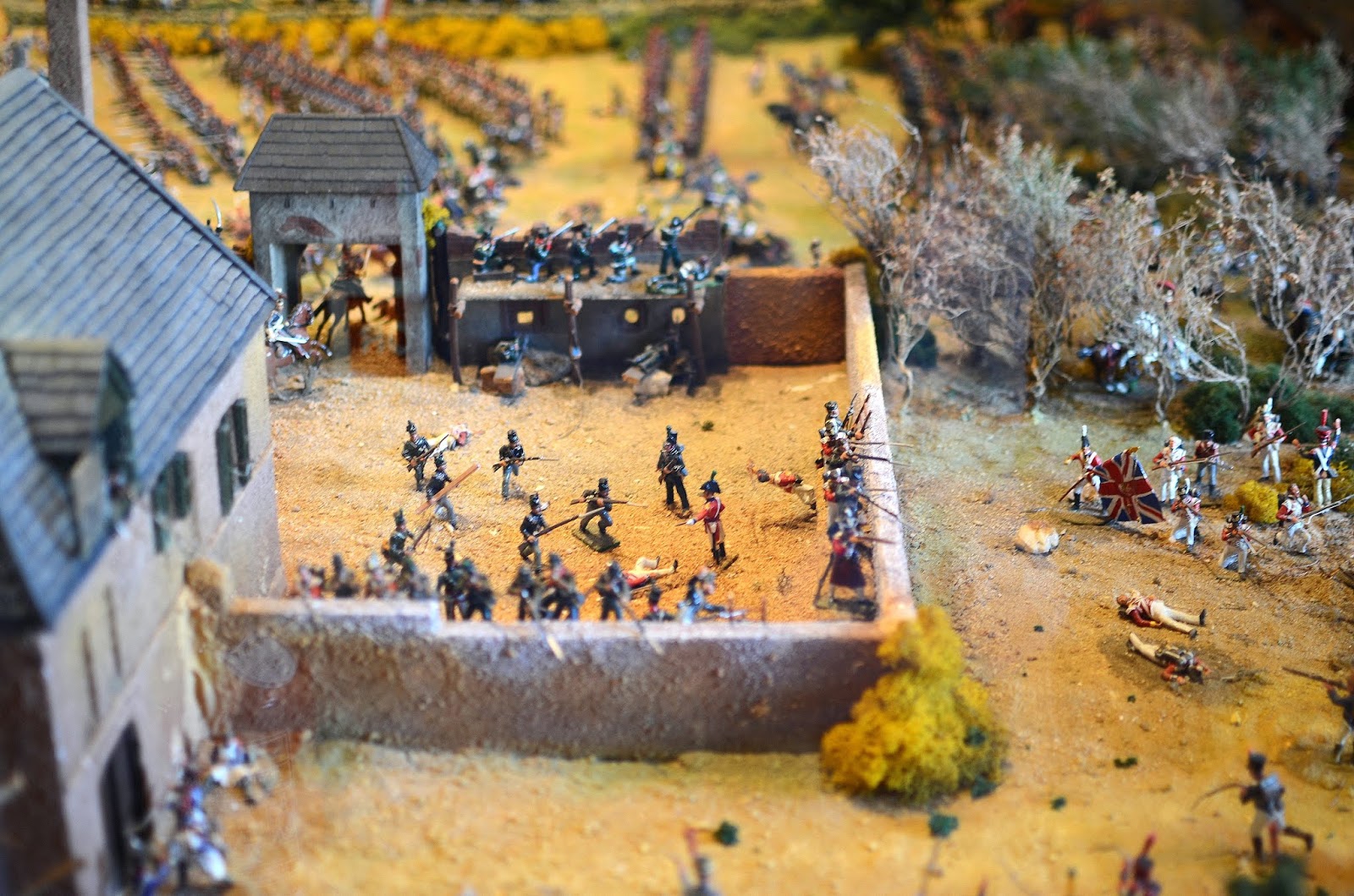 Castell d'Empordà claims to house the largest model of the Battle of Waterloo in Europe. Sealed in a glass case, the breathtaking miniature battlefield is extraordinarily detailed - with thousands of intricately-painted figures. Apparently, it took 20 years to build. Take your time to scour the British and French battalions and you'll spot Napoleon and Wellington with their entourages. The castle's web site says one of the owners' great-great-grandfather was a veteran of Napoleon's Grande Armée and kept a diary of his adventures with the emperor.  Above the reception, there is also a smaller model of the Saracens defending Castell d'Empordà from crusaders in the eleventh century. 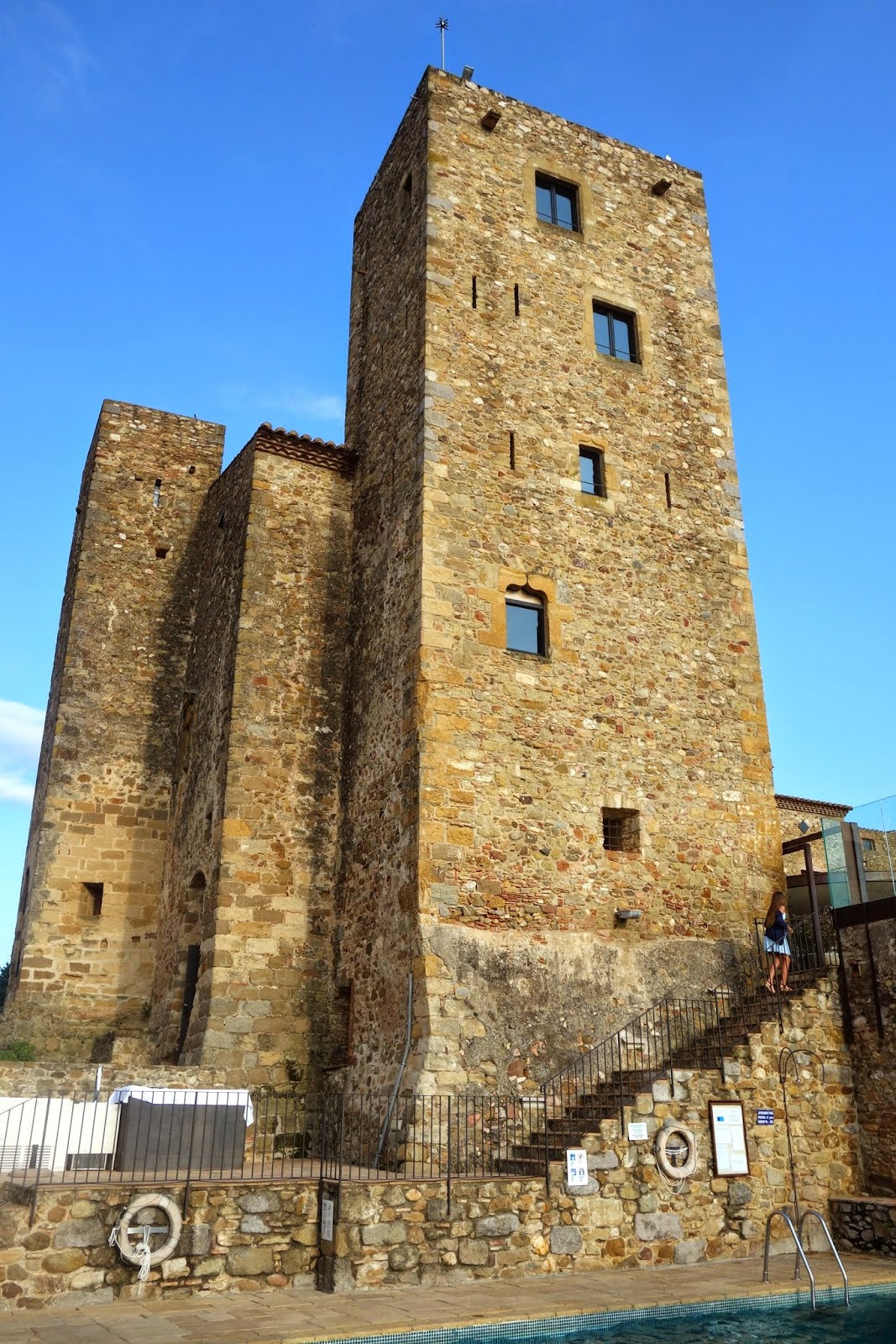 Castell d’Empordà is set in superb cycling country, but it doesn't have any hire bikes on site - the reception staff can arrange for bikes to be delivered, but it is an expensive exercise. Still, there are some pleasant walks around the surrounding farmland and be sure to explore the well-preserved cobbled street that runs through the hamlet nestling next to the castle. Rooms at Castell d’Empordà can be pricey, but there are some deals available and it is a very memorable play to stay.  8/10 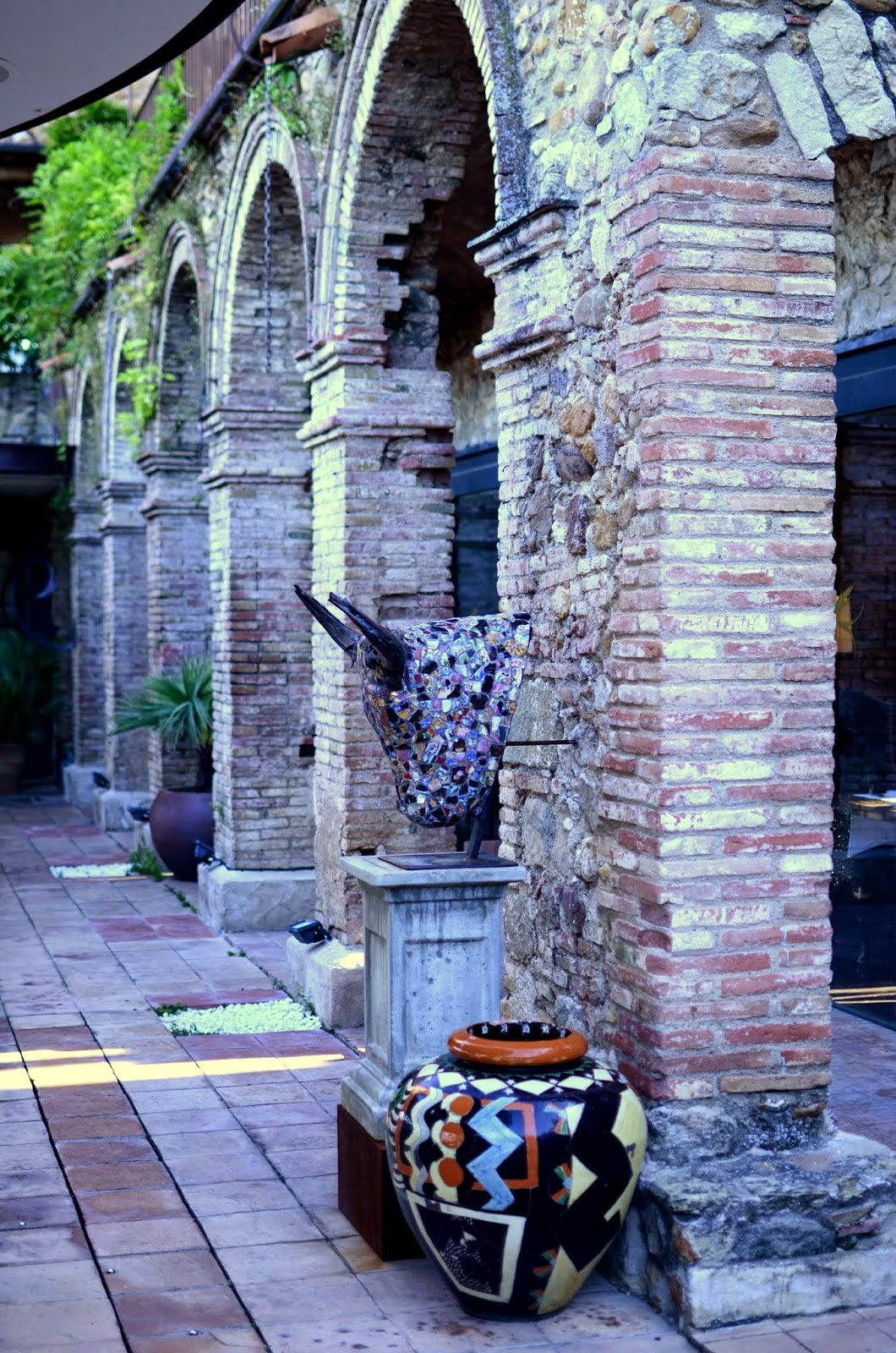