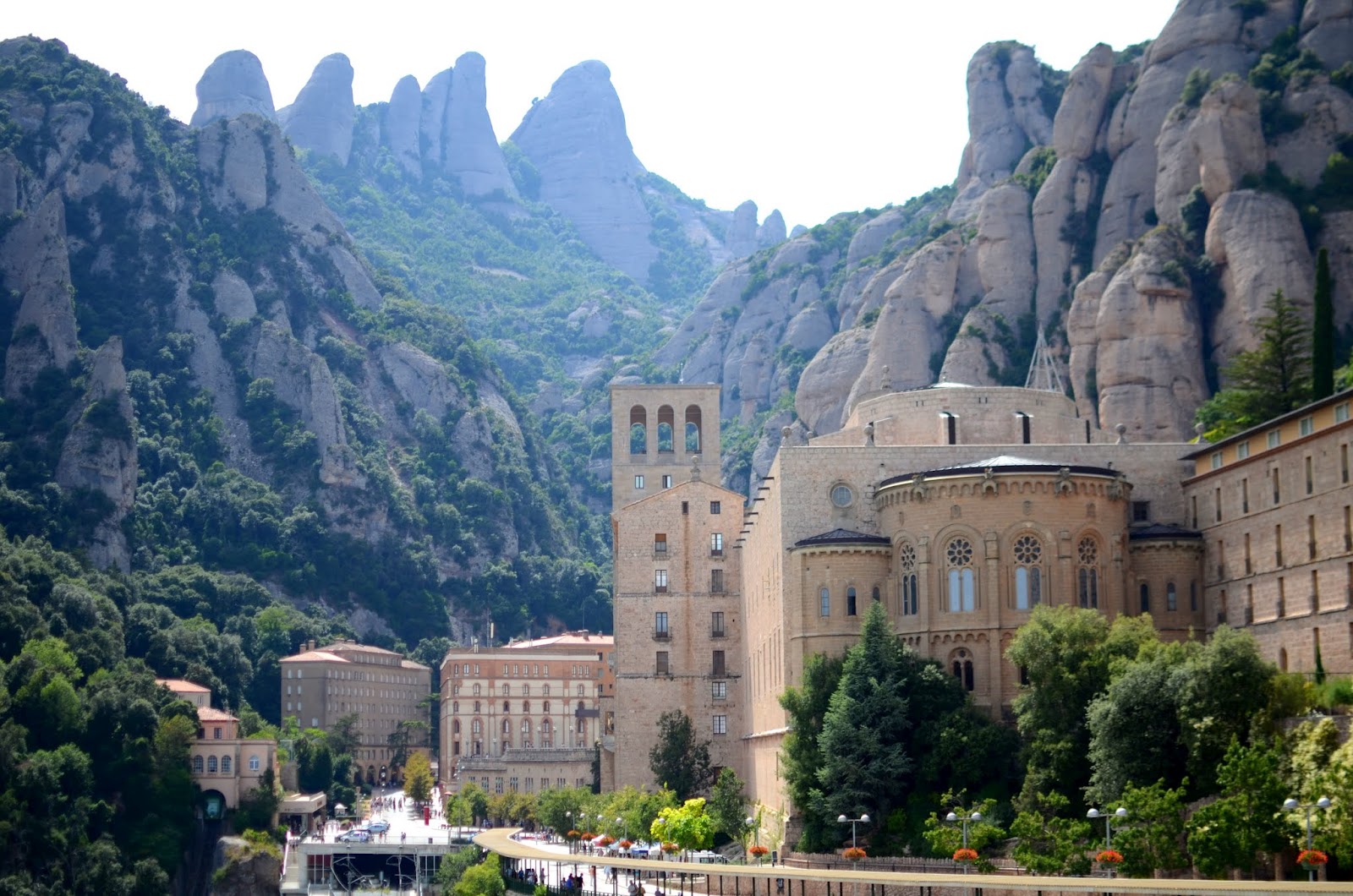 Clinging to the side of an extraordinary jagged mountain, the famous Benedictine abbey of Montserrat is in a dramatic, almost celestial, location. At the top of a vertiginous and winding road, you can park your car for about five euros and stroll up to the half-monastic, half-commercial complex in the shadow of the tooth-like mountain top. The spectacular views both below and above mean you will hardly notice the utilitarian canteen on the near-side of the bridge that leads to the far more photogenic Santa Maria de Montserrat abbey. The towering Renaissance Basilica and adjoining monastic buildings are made  of an attractive cream stone. To enter the abbey, you climb up to a broad stone terrace lined with surprisingly funky street lamps topped with crosses. The route into the Basilica itself is through one of the grand archways, which leads to a handsome tiled courtyard adorned with dozens of sculptures of saints and kings below a large round window. Inside the church itself, the lavishly-decorated nave is a riot of white marble decorated with scores of statues and intricate carvings. Above the altar, is the so-called Black Virgin, the ancient Lady of Montserrat, which draws pilgrims and newly-wedded couples seeking a blessing on their union. 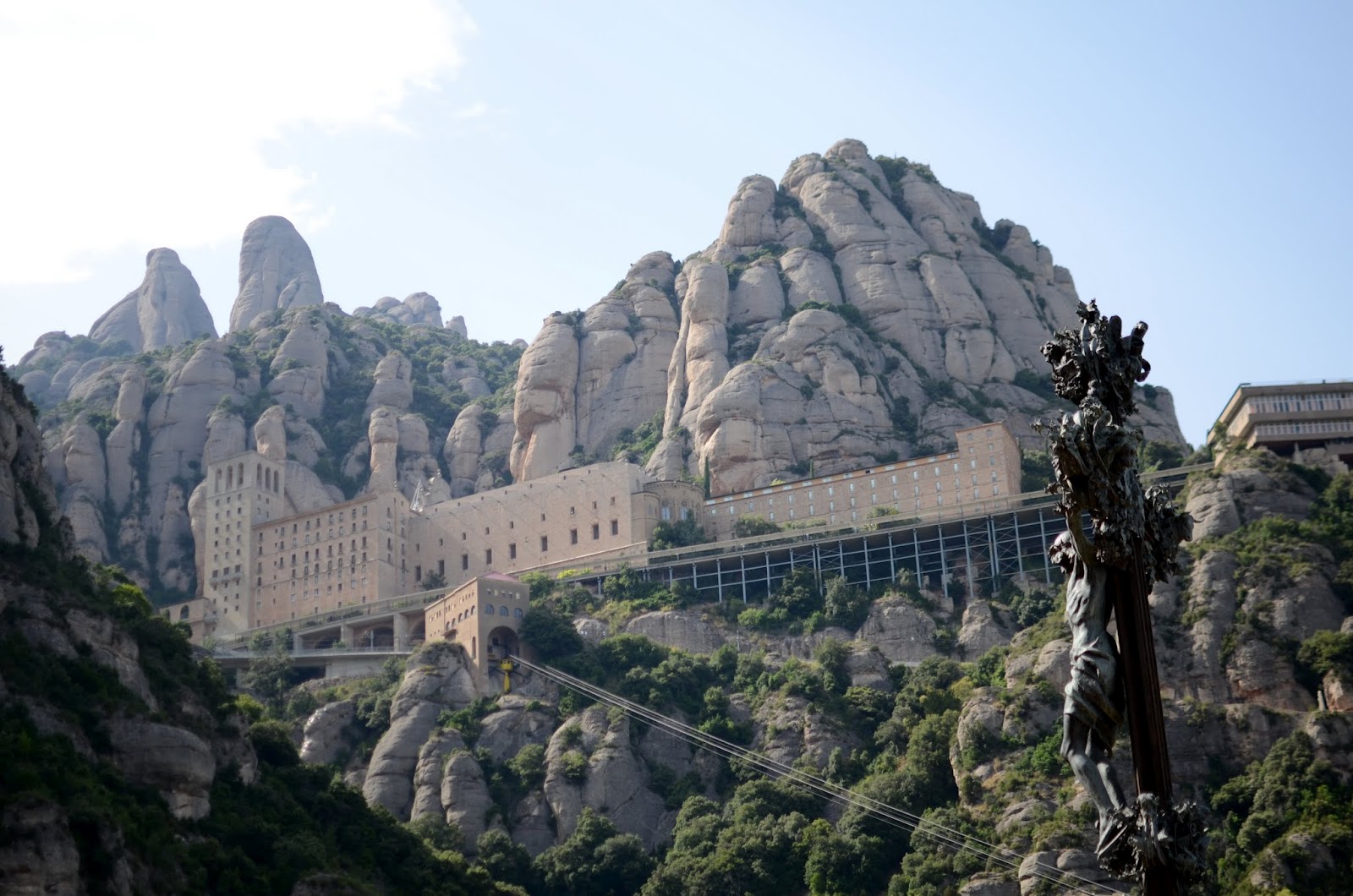 Emotive path
But, for many, the best reason to climb the 1000 metres to Montserrat may be to walk the spectacular trails at the top of this distinctive mountain. It is well worth strolling the Way of the Cross, which follows a mile-long, well-built stone path, past 14 sculptures depicting the crucifixion,  down to a peaceful chapel. The well-shaded, emotive path hugs the lush mountainside and offers sweeping views of the rugged countryside below and the monastery above. The climb back up to the abbey is tough, but you can take a funicular train for the last steep section for a couple of euros. There is also another ridiculously-steep funicular train from the abbey up to the top of the mountain. If you haven't got a car, you can actually get to Montserrat via train and cable car. Even though it can attract hordes of tourists, Montserrat is an exceptional and atmospheric place, particularly in the late afternoon and early evening. 8/10