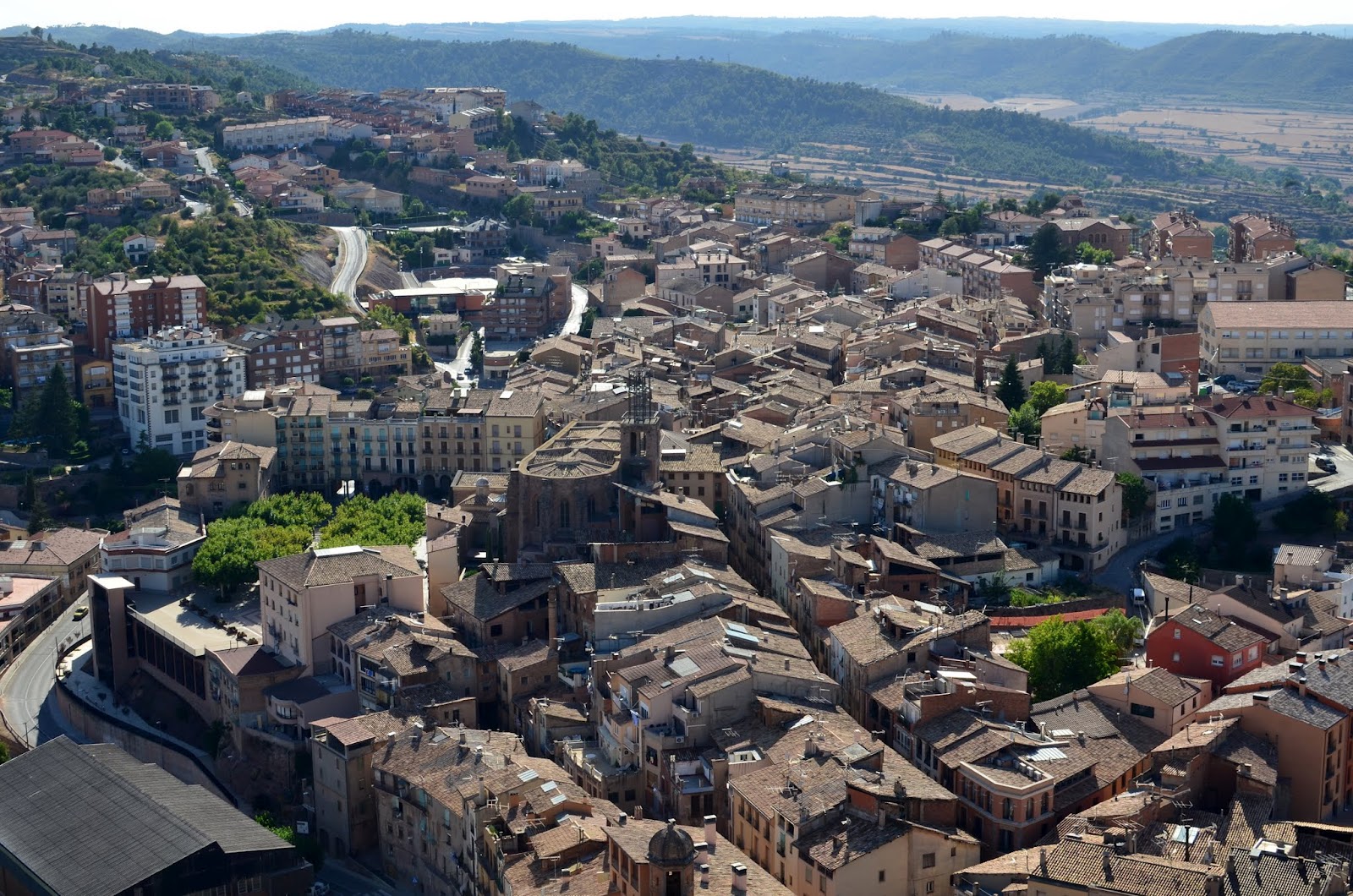 Dominated by the imposing medieval fortress at the top of the hill, Cardona is an atmospheric old town sitting in the bend of a small river and in the shadow of a sprawling open cast salt mine. In the ancient core of the town at the foot of the castle, is an elongated stone tiled square overlooked by the sturdy fourteenth century gothic Church of Sant Miquel with its wrought iron bell tower. This pleasant open space is sheltered by mature trees and lined by restaurants. It is a popular place for families to hang out on summer evenings. Nearby, is a small maze of medieval streets and alleys, home to some old-fashioned and prosperous shops, cafes and restaurants. Below the square, there are a couple of appealing outdoor swimming pools, surrounded by well-tended green lawns. Cardona is also home to a half-finished medieval bridge, which looks like a pair of stone handcuffs, and the cavernous, but decrepit, buildings of the salt works. Beyond Cardona's medieval core, modern houses ramble up the neighbouring hills. 8/10 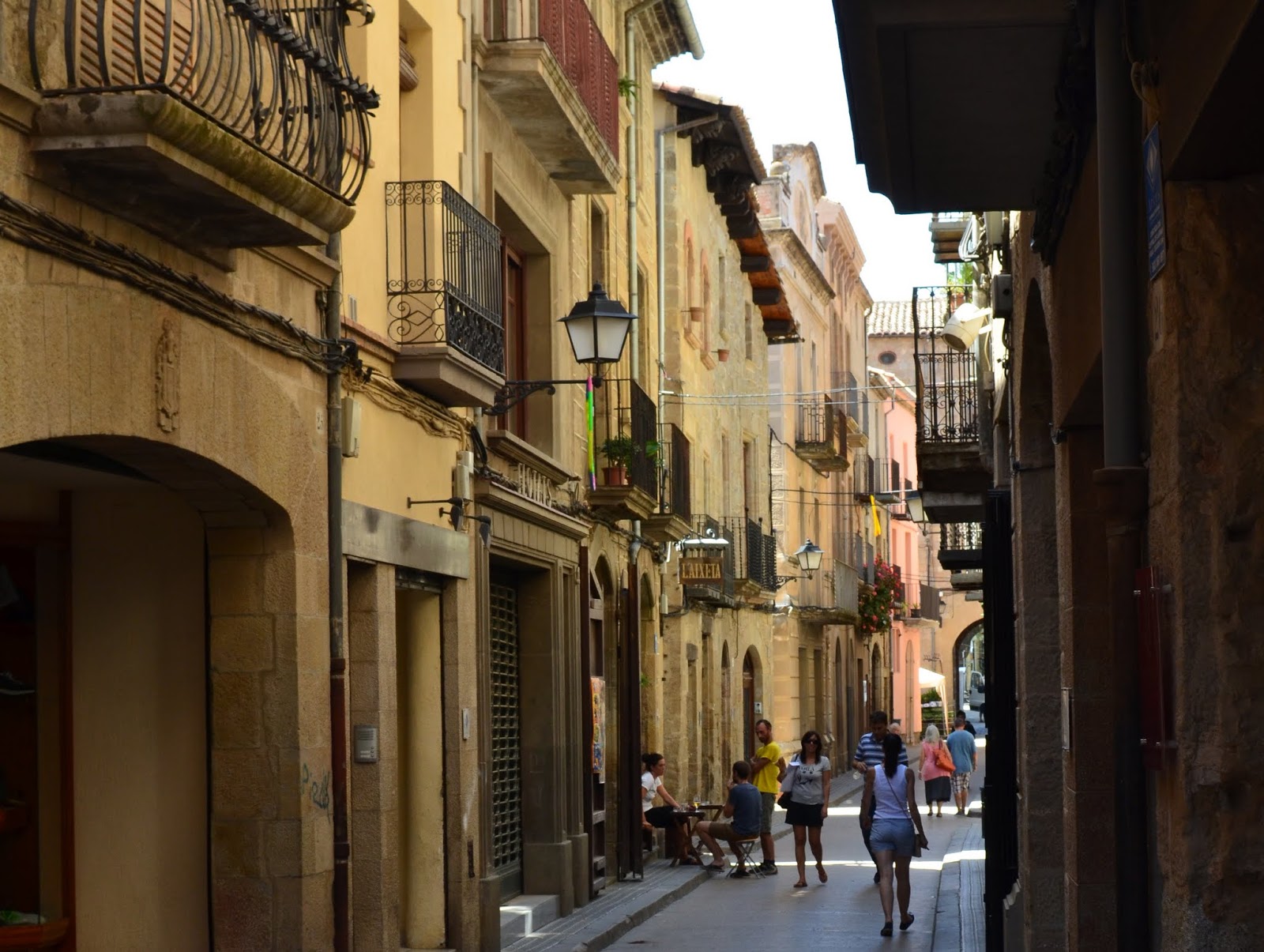