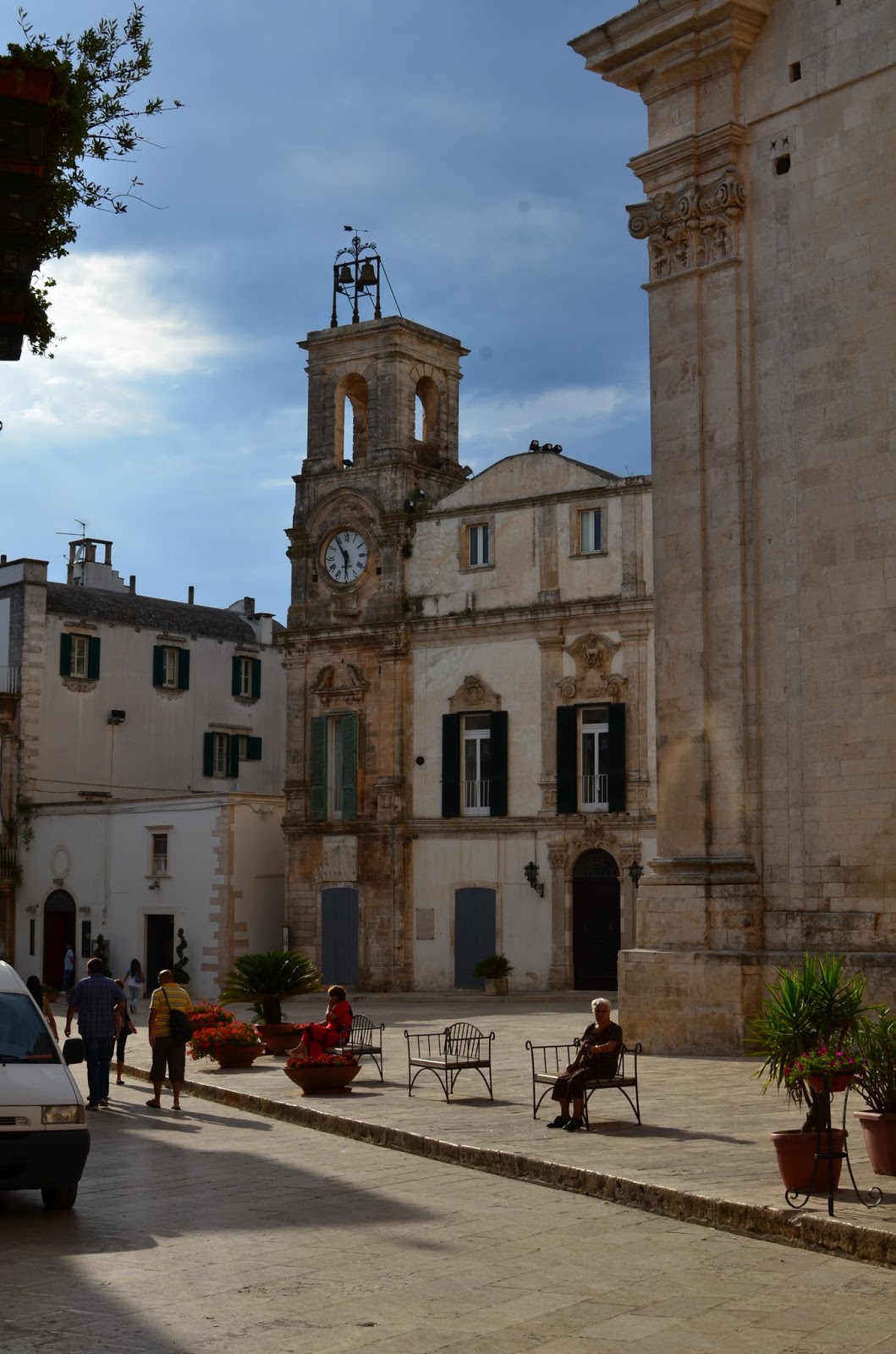 On the edge of Martina Franca's new town, a leafy square leads to a venerable stone gateway, flanked by chic cafes, that heralds the beginning of the town's historic core. On the other side is a smaller square, overlooked by an imposing neo-classical town hall. A narrow alley, shaded by stately nineteenth century townhouses, leads to another square where you will find the relatively-restrained, yet magnificent, baroque facade of the massive eighteenth century church Chiesa di San Martino, which towers above a much older bell tower. On summer evenings, the timeless and atmospheric wood-panelled bars and restaurants around these squares buzz with Italians of all ages. Elsewhere in Martina Franca's maze of old streets, you'll find more extraordinary baroque churches and the occasional elaborate wrought iron balconies and ancient archways. Beneath your feet, the aged paving stones are smooth and shiny, while souvenir shops are noticeable by their absence. From one section of the surviving stretches of Medieval walls, there are distant views across a trulli-studded landscape to the compact white hill top town of Locorotondo. Some distance from the sea, Martina Franca is a fine and refreshingly untouristy town. 8/10