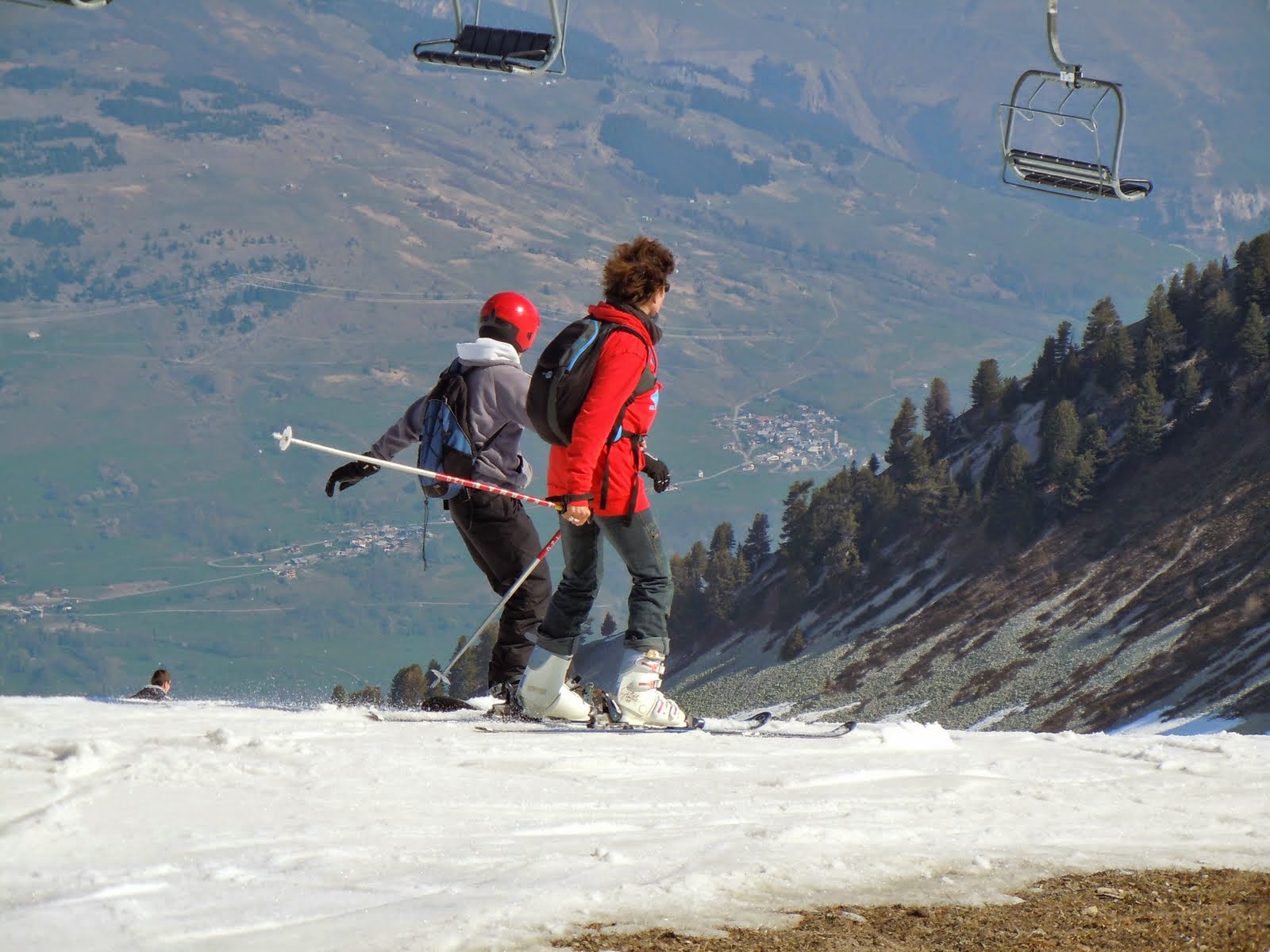 With a glacier and slopes as high as 3,000 metres, La Plagne is popular with skiers and boarders looking to get their fix in April. Even in the balmy spring of 2011, there was a respectable covering of snow on the dozen or so pistes above 2,300 metres, but they can get pretty crowded during the school holidays after 11am or so, when scores of reckless teenagers and their parents pad out the lift queues. Most of these higher slopes are cruising blues or reds, supplemented by a couple of blacks. But experienced skiers tend to head-off piste.


Elderly chair lifts
The purpose-built resorts of Belle Plagne and Plagne Bellecote aren't very picturesque, with sprawling apartment blocks and hotels, but are well-placed for forays up to the Bellecote glacier. They are both around 2,000 metres and it takes  time to climb the 1,000 metres or so to the top. There is a sluggish bubble lift up to the mid-station at Roche de Mio, from where you need to catch another (graffiti-decorated) bubble car across into the next valley before climbing steeply up to the highest runs. Over here, the views are spectacular, but the elderly chairs lifts don't feel that comfortable or safe. Moreover, the pistes can be icy in the mornings and even the blue runs can get tricky. Another option is to take the sofa-like modern chairlift to L'Arpette from where you can admire the hulking Mont Blanc in the distance, before skiing down some picturesque blue runs through the trees to about 1,200 metres, where the snow peters out completely. From here, if it is still open, you can get the Vanoise Express gondola over to Les Arcs ski area.  In a good year, La Plagne is big enough and high enough to offer some fine April skiing, but in a bad year, its accessibility means the pistes can get crowded and very mashed up. 7/10