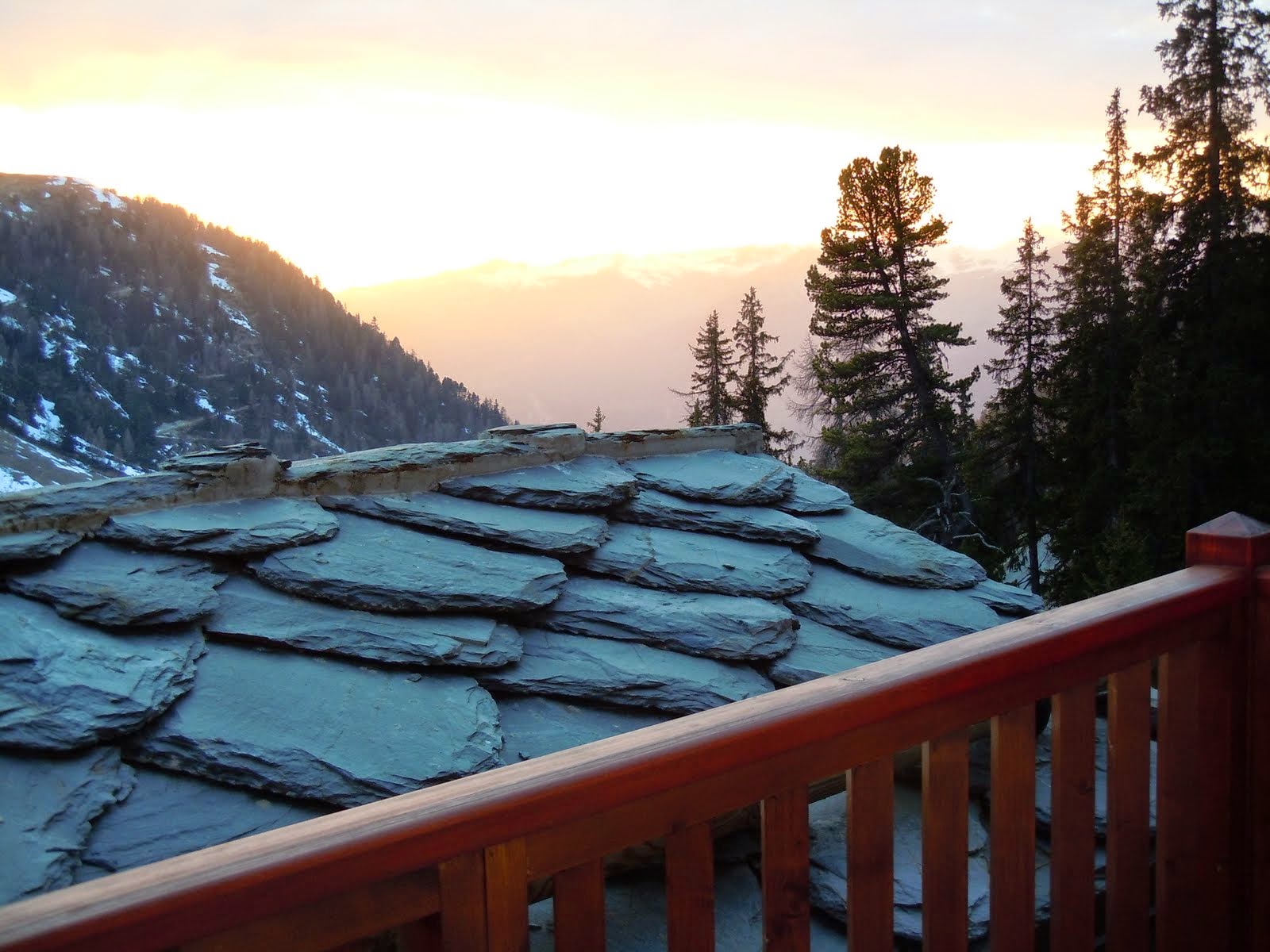 Probably the biggest and the most swish of the Alpine chalet hotels used by British tour operator Esprit, Les Deux Domains is a short walk from the slopes and the small cluster of shops, restaurants and bars in Belle Plagne. Built to last from solid wood and heavy slate, Les Deux Domains is a modern hotel with very large, well-equipped rooms and plenty of amenities, including a decent swimming pool, luxurious spa, sunny terrace and a big, well-organised boot room. Some of the family suites are almost apartments with two large bedrooms, two bathrooms and even a large separate WC, as well as their own balcony. But your kids may have to sleep on a shaky sofa bed. The hotel has about a dozen floors, with the top level best placed for the village, which can be a problem when one of the three interconnecting lift systems isn't working. Moreover, the foyer and bar, with their uncomfortable high stools, cushioned benches, bold carpets and contemporary lighting, feels like it should be in an airport. Still, the large dining room, with big windows overlooking the mountains, is more welcoming and cosy.


Moroccan spiced salmon
For breakfast, there are a handful of hot options, such as boiled egg and soldiers or porridge, plus a mediocre buffet, featuring croissants, yoghurts, cheeses, ham, cereals and the like. The filter coffee can be a bit tired. Afternoon tea is better, often featuring decent soup, tasty cakes, such as mini Victoria sponges, cheese straws and other morsels. From around 7.30pm, the bar staff bring around a couple of canapes and an aperitif. After 8pm, you can sit down to an evening meal either with your party or you can mix in with other guests. For each course, there is typically a choice of two dishes. Starters might include a soup or tartlet, while the main courses tend to be a pork, chicken or salmon dish drawn from French cuisine, supplemented by the odd foreign dish, such as Moroccan spiced salmon. On the whole, the meals are precisely cooked and served with some potato variation and a smallish side order of steamed vegetables.

Rudimentary red and white
Some of the better main courses, include lamb shank, featuring succulent meat falling off the bone, accompanied by sweet potato mash and red cabbage.  The sea bream, a meaty fish with strong flavour, is also nicely done. But the seafood chowder with chorizo can  lack the promised scallops and be a bit disappointing. The free table wine is generally a choice of two rudimentary red and white wines, including a Merlot and a Chardonnay. The deserts, such as the very sweet and flaky chocolate brownie with ice cream or the fine sticky toffee pudding, are also pretty safe. You can finish the meal off with an unexciting and rather repetitive cheese board. Although the portions are usually modest,  there are enough courses to ensure you can end the evening with a full stomach.

Icy, busy and treacherous
Les Deux Domains has all the standard Esprit childcare options, including baby listening in the evenings and skiing lessons in small groups. The boot room is just a couple of hundred of flat yards from a blue run, which goes down to the series of lifts in La Plagne. Just above the hotel is a steep stretch which can get icy, busy and treacherous, so returning to the hotel can be a bit of an adventure. The young British Esprit staff at Les Deux Domains are fun, yet efficient, and really try to make your skiing holiday go well. 8/10