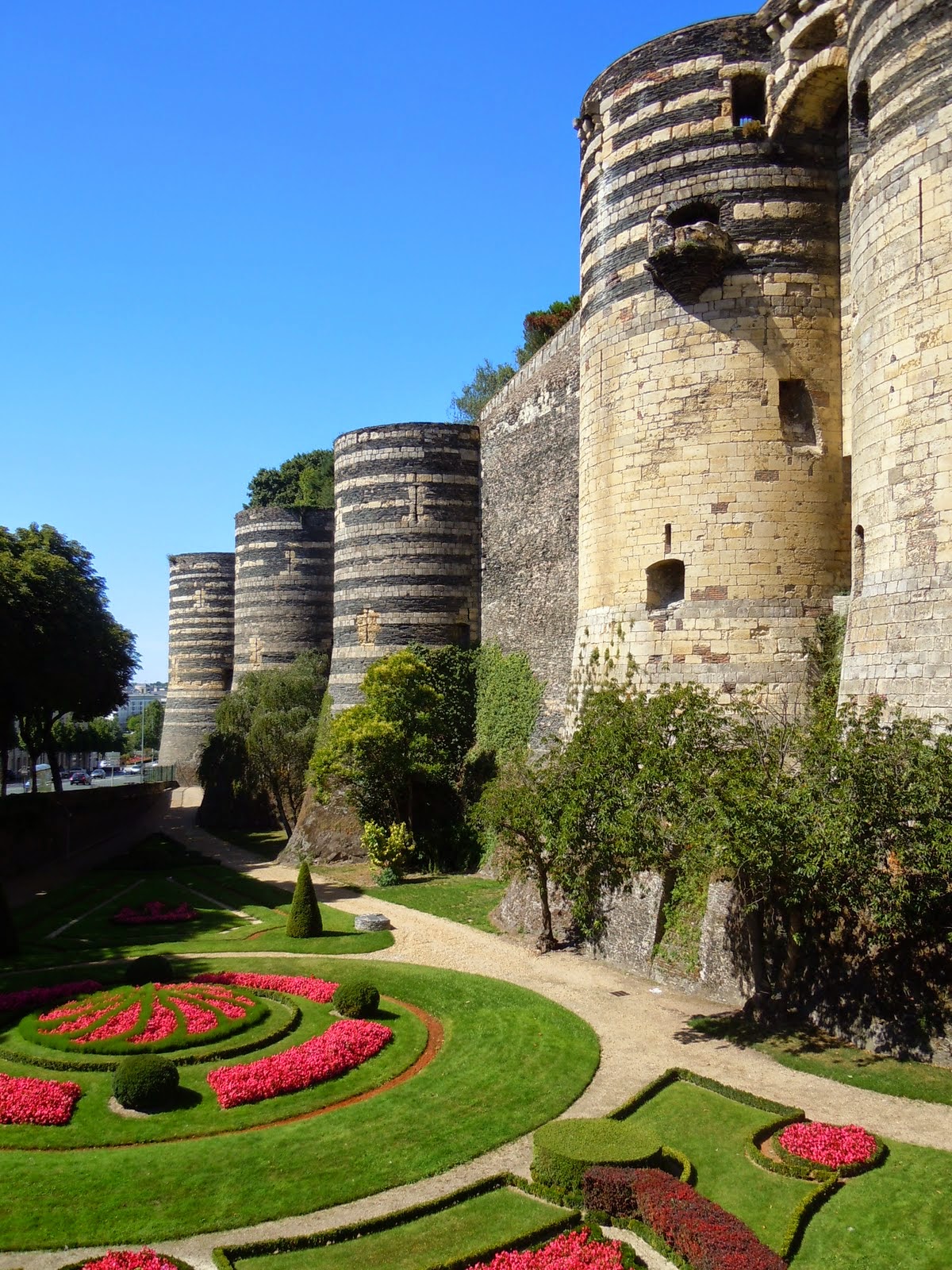 An attractive and prosperous city straddling the river Maine in north west France, Angers has enough sights to detain you for at least a day. As well as being home to two famous tapestries series, the fourteenth-century Apocalypse and the twentieth-century Chant du Monde, Angers boasts an ancient and massive citadel with 17 imposing, circular towers made with rings of black and fawn stones. This monolithic fortress is surrounded by a moat planted with elaborate topiary and flowerbeds arranged in geometric patterns.  From near the main gates, which are reached by a stone drawbridge, there is a sweeping view of the river, lined with barges and crossed by a couple of stone bridges, adorned with flowers. North east of the citadel, atmospheric medieval lanes thread towards the striking twelfth-century white-brick cathedral with its distinctive twin spires. From the cathedral, wide cobbled steps, lined with flowers, flow down to fountains in front of the dual carriageway running alongside the Maine. It is also worth scouting around the shopping district centered on the Place du Ralliement, which is home to several popular restaurants and the Galeries Lafayette department store housed in a fine nineteenth century building with elegant black wrought iron balconies. In the summer of 2010, this square was being dug up to accommodate new tram lines and was essentially a building site. It is also worth wandering around the tranquil old courtyards near the Museum of Fine Arts with their eye catching sculptures. Angers has substance and style. 8/10