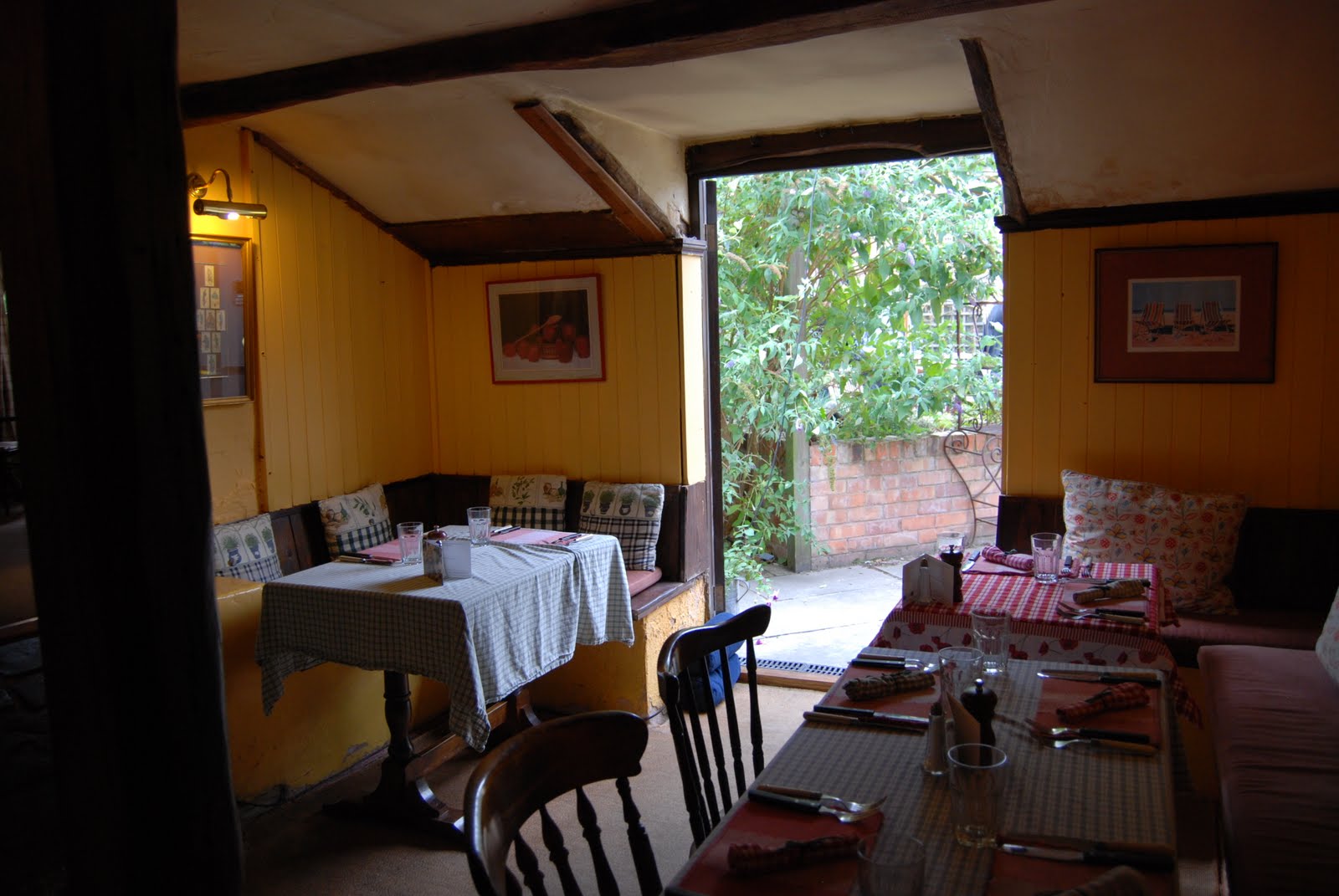 On the outside, the Red Lion Inn is an unremarkable pub with pebble-dashed walls painted a slightly garish cream. But on the inside, this is a busy seventeenth century inn with low ceilings, wooden beams and plenty of character, serving decent grub at a leisurely pace. There are several rooms each decorated in country kitchen-style with checked table cloths, checked serviettes tied up with string, flowery cushions and wooden spoons hanging on one of the walls. The extensive a la carte menu lists British dishes sometimes with a twist, such as smoked haddock, bubble and squeak and Welsh rarebit.

Smells and tastes great
On a Sunday, the set lunch (£18.50) is made up of three courses with three choices per course. The starters include a small, but tangy and ultra-fresh salmon terrine, with a crisp salad, spring onions and capers. One of the best mains features chunky slices of fatty, but delicious, beef served with a stilton hollandaise – a lovely combination. It comes with tasty al dente mini-carrots and fine roast potatoes, let down by dry, tough Yorkshire puddings, all doused in gravy. Vegetarians will struggle as even the sea bream is served with salad laced with chorizo. For pudding, the hot apple and blackberry crumble in a white ramakin dish, next to a miniature bowl of tepid, runny custard, served on a wooden board, smells and tastes great. The portions are just big enough to fill you up. On the kids menu (£6.75), is a selection of four dishes, such as battered fish and chips or cheese and tomato pizza. To follow, there is a selection of three deserts, including sticky toffee pudding. Reassuringly, all the kids food is billed as home made, using fresh ingredients. The Red Lion's beers on tap include London Pride and IPA, as well as lager stalwarts, while the young staff are friendly and exceptionally polite. Children can work off their lunch in the large, well-equipped playground in this pretty village with a handful of Georgian buildings. 7/10