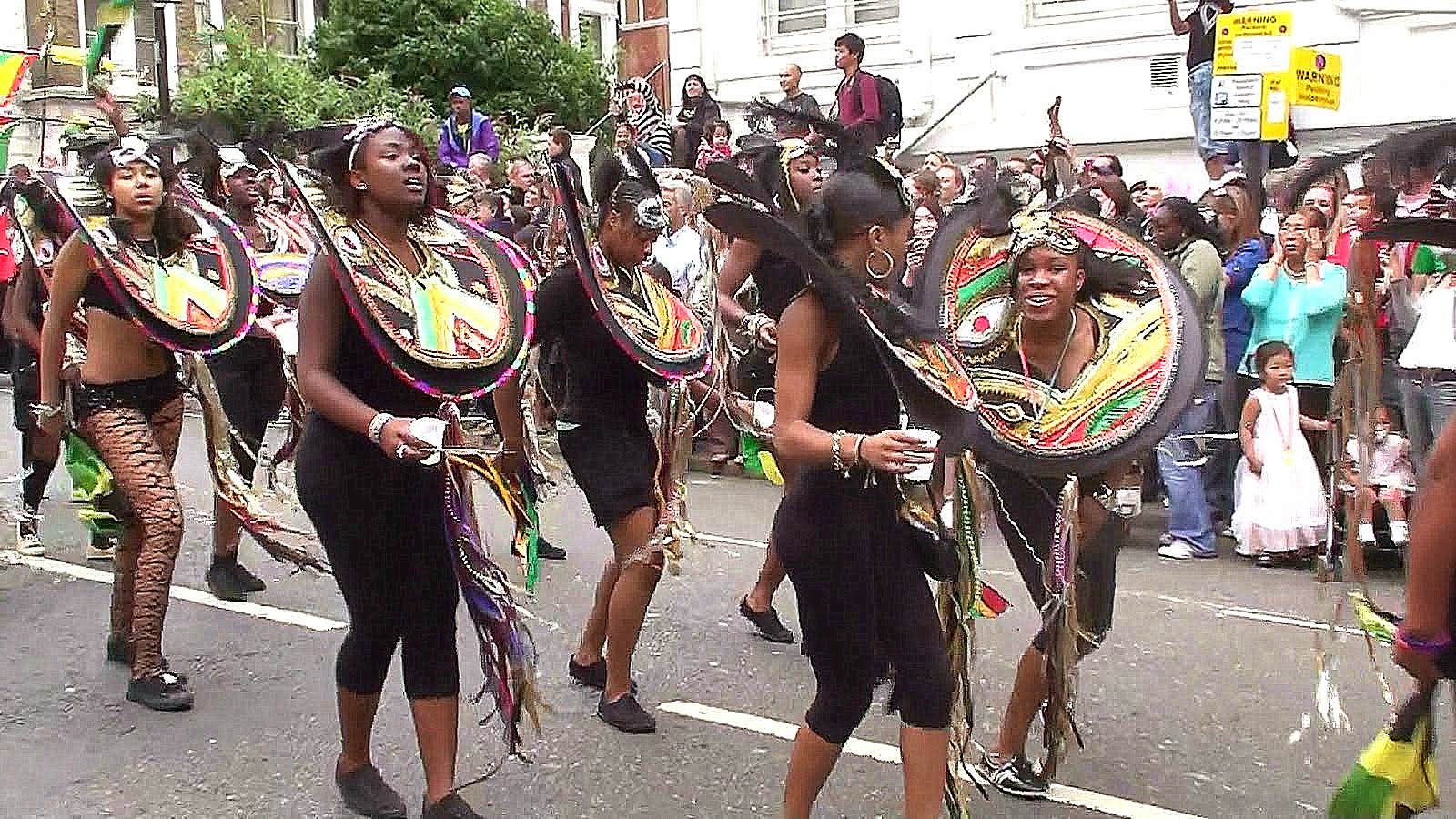 An enormous Caribbean festival held every August bank holiday in streets lined with beautiful Regency and Georgian mansion blocks, interspersed with arty shops, cafes and the occasional brutal council estate, Notting Hill Carnival is surreal, absorbing and overwhelming. Even on the more laid-back, less-crowded and child-orientated Sunday, this swanky suburb is awash with party animals blowing whistles, swigging beer and inhaling the odd joint. In amongst the gangs of teenagers and twentysomethings, you'll spot groups of bemused tourists, a few families and even the odd haggle of pensioners without their hearing aids. Get to Notting Hill before noon if you want to secure a front-row spot to watch the parade of decorated floats, fantastical costumes, towering puppets, throbbing sound systems and charismatic MCs that edge along the mile-long route, which encloses a grid of streets dotted with scores of sound systems, food stalls and Red Stripe vendors. As the floats pass, the music can be loud enough to make your rib cage vibrate. This memorable, and sometimes magical, parade is marred only by the mundane support lorries and the scarcity of steel bands - the original Carnival soundtrack.

Enticing aromas, long queues
As the day wears on, enthusiastic crowds gather around the sound systems lodged on street corners, in small squares or even in pub windows. They pump up the volume with ska, house, ragga, soca, dance, house, reggae, R&B and even a bit of salsa, while some have guest appearances from celeb MCs. There are also pockets of food stalls, many of them selling modest portions of goat curry and jerk chicken with rice for about a fiver. The aromas are enticing, but the queues can be long. The thirsty can buy large cans of beer for two or three quid, but you will probably have to wait to use one of the 200 or so portaloos positioned around the carnival. The festivities are supposed to wrap-up by nightfall, but the party tends to continue in the streets, as well as local pubs, bars and clubs. Although the met police are out in force, there is usually the odd fracas and sometimes a stabbing or a shooting. But that shouldn't put you off joining the hundreds of thousands of fun-seekers to see, hear and smell this extraordinary spectacle. 9/10