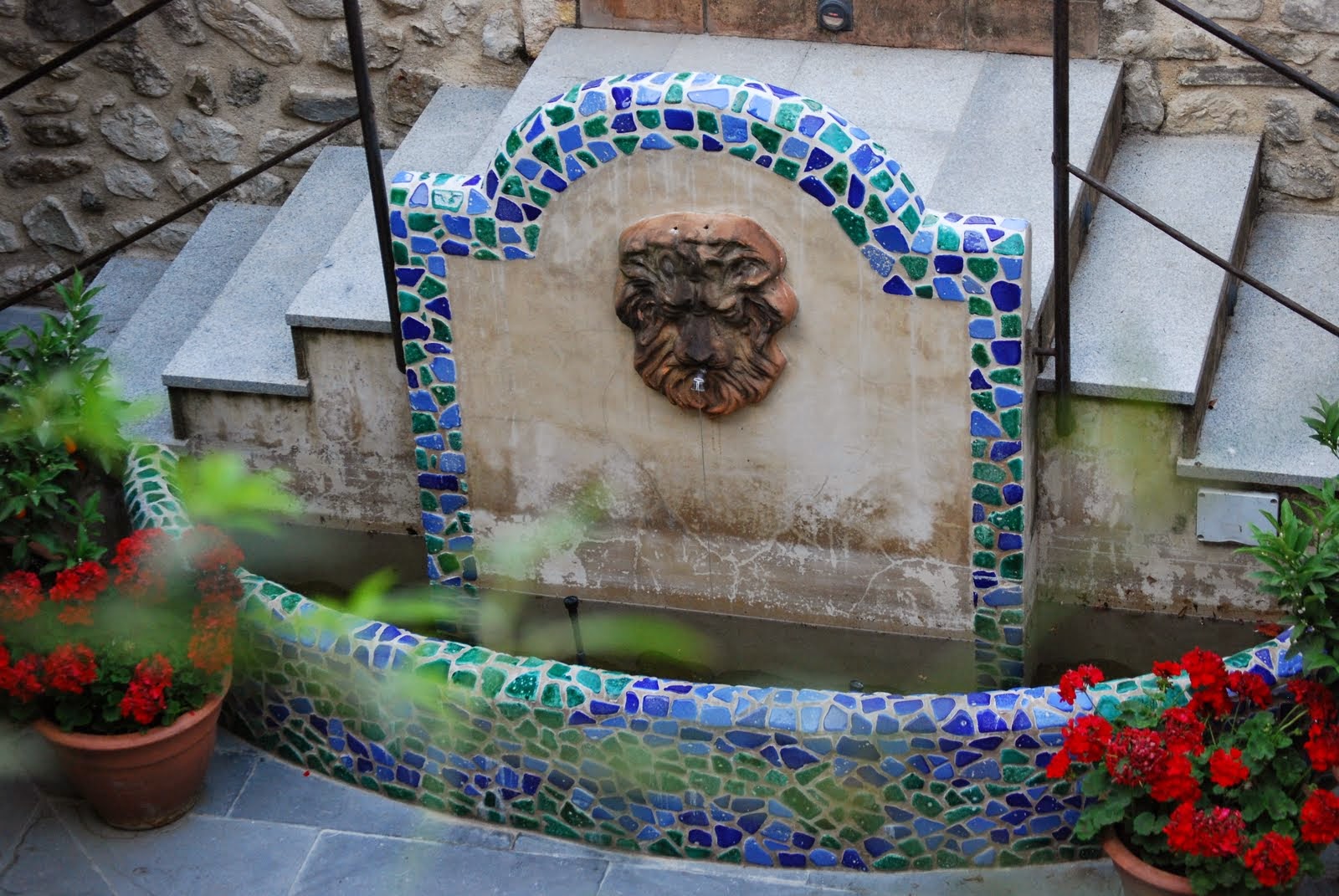 In summer, head for one of Torre Laurentii's handful of tables in the pleasant leafy courtyard with an attractive fountain decorated with a Gaudi-esque blue and green mosaic. The cover (1.25 euros each) includes some crispy bread served with an olive and white bean dip. In addition to the standard menu, the waiter will list some seasonal dishes, which in August tend to revolve around tomatoes. For something a bit different, try the refreshing gazpacho (5.5 euros) served with a twist - olive oil ice cream. Another special is the mozzarella and tomato salad (8 euros), which includes at least four varieties of tomato, some green, some yellow, some dark red and some tomato-coloured. The flavour differences are subtle, but the array of colours looks good on the plate. The main courses include a neat pile of slow-cooked and juicy lamb (14 euros), topped by sweet, caramalised onions, on near-perfect, creamy mash potato. The rabbit and mushrooms (12.5 euros), again served with fine mashed potato, is expertly cooked and well-seasoned, but needs some green vegetables. The ravioli (8.5 euros, made with large sacks of fresh pasta filled with gorgonzola, is a good choice, if you aren't too hungry, but the salmon carpaccio (7 euros), doused in a vinegar, is rather bland.

Lengthy wine list
Children might like the generous spaghetti bolognese (6 euros) or the tasty cannelloni(7 euros) - four rolls of tasty mince meat in pasta and a cheese sauce. And for pudding, they can order top notch ice creams and sorbets served in balls. The lengthy wine list is heavy on Spanish vintages, many from Catalonia, starting at 10 euros a bottle. Some are marked with ticks that indicate they are particularly good value. The local Marti Fabra for 14 euros is particularly rich, complex and strong for that price tag. There is also a selection of desert wines available by the glass. Well worth a visit, but note, on Monday and Tuesdays, Torre Laurentii only opens its restaurant to guests at the accompanying hotel. 8/10