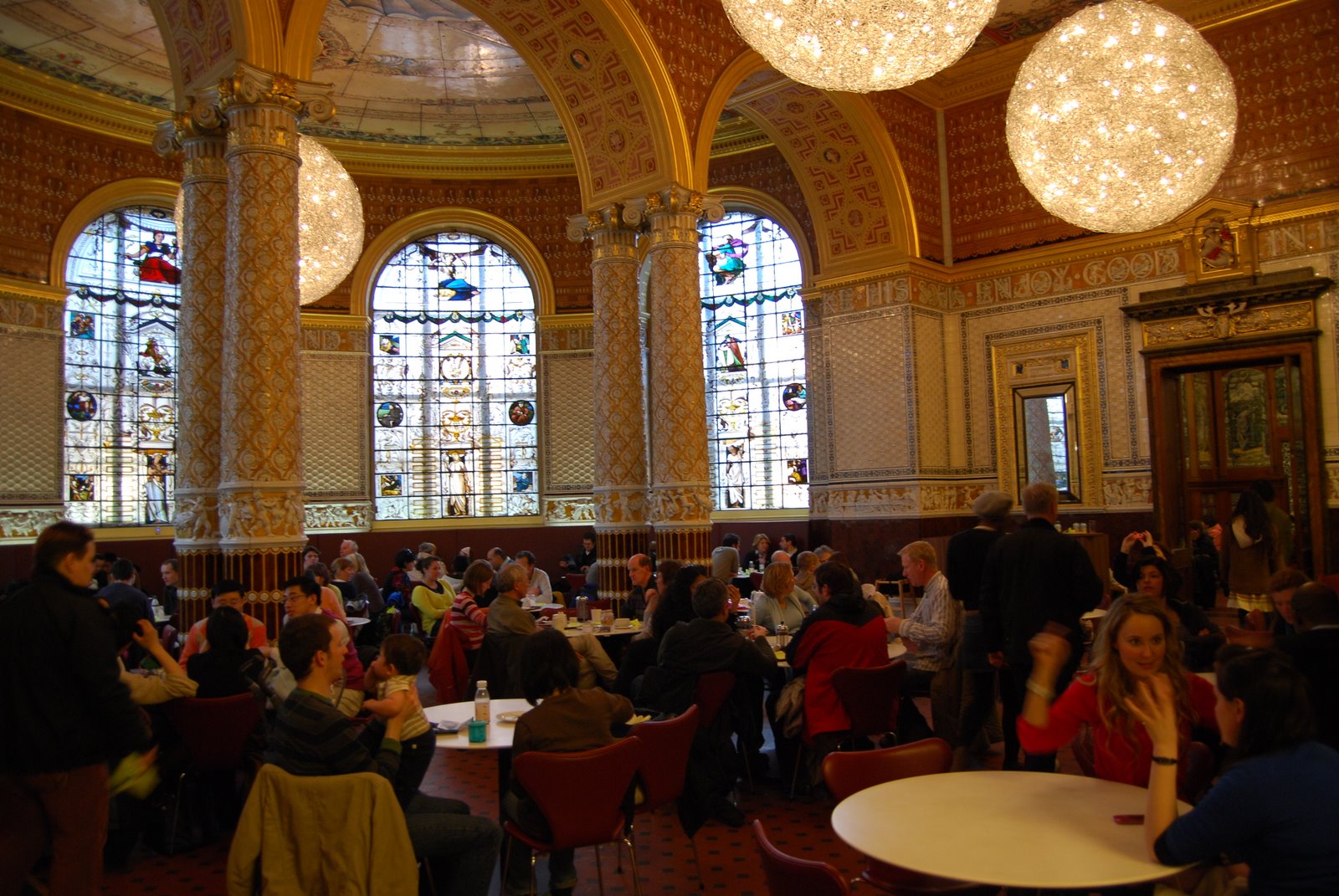 A vast, palatial neo-Gothic edifice, the Victoria & Albert Museum houses a dizzying array of artifacts from all over the world and spanning many hundreds of years. The common theme is design and art. The dozens of dimly-lit rooms and corridors are laid with intricate mosaic floors and furnished with elaborate period fittings. Each gallery is dedicated to displaying a diverse collection of finely-crafted and often-beautiful objects from a particular region and a particular era. Some of the exhibits, such as the swirling green and yellow glass sculpture hanging over the ticket desk, are very large and very striking. The centrepiece of the Islamic Middle East room is a ancient rug the size of a badminton court, while nearby is an elegant Moorish wooden staircase. Next door, the South Asia room has a beautifully-decorated and finely-detailed black and white cabinet. Another rather gloomy gallery is dedicated to fashion, displaying a succession of dresses, suits and other outfits from the past two centuries.

Downstairs is an extraordinary series of rooms packed with lavish and ostentatious pieces of furniture from the seventeenth and eighteenth centuries. Equally fascinating are the twentieth century rooms on the second floor, which show off modern design icons, such as the Swatch Watch, Alessi kitchen gadgets and the distinctive poster advertising the Trainspotting film. These rooms overlook a picturesque courtyard garden surrounded by the museum's fine Gothic architecture. Make time for a visit to the large and bustling cafe at the back of the ground floor. Go through the main sitting area decked out in white minimalism and aim for a table in one of several spectacularly ornate rooms, featuring elaborate arches and pillars lit by chandeliers that resemble great balls of light. The food is delicious - the freshly-baked cookies are served warm, so that the chocolate oozes out with each bite. The V&A is free to get in, except for the temporary exhibitions, so it is justifiably busy, but not as packed as the neighbouring Natural History Museum. 8/10