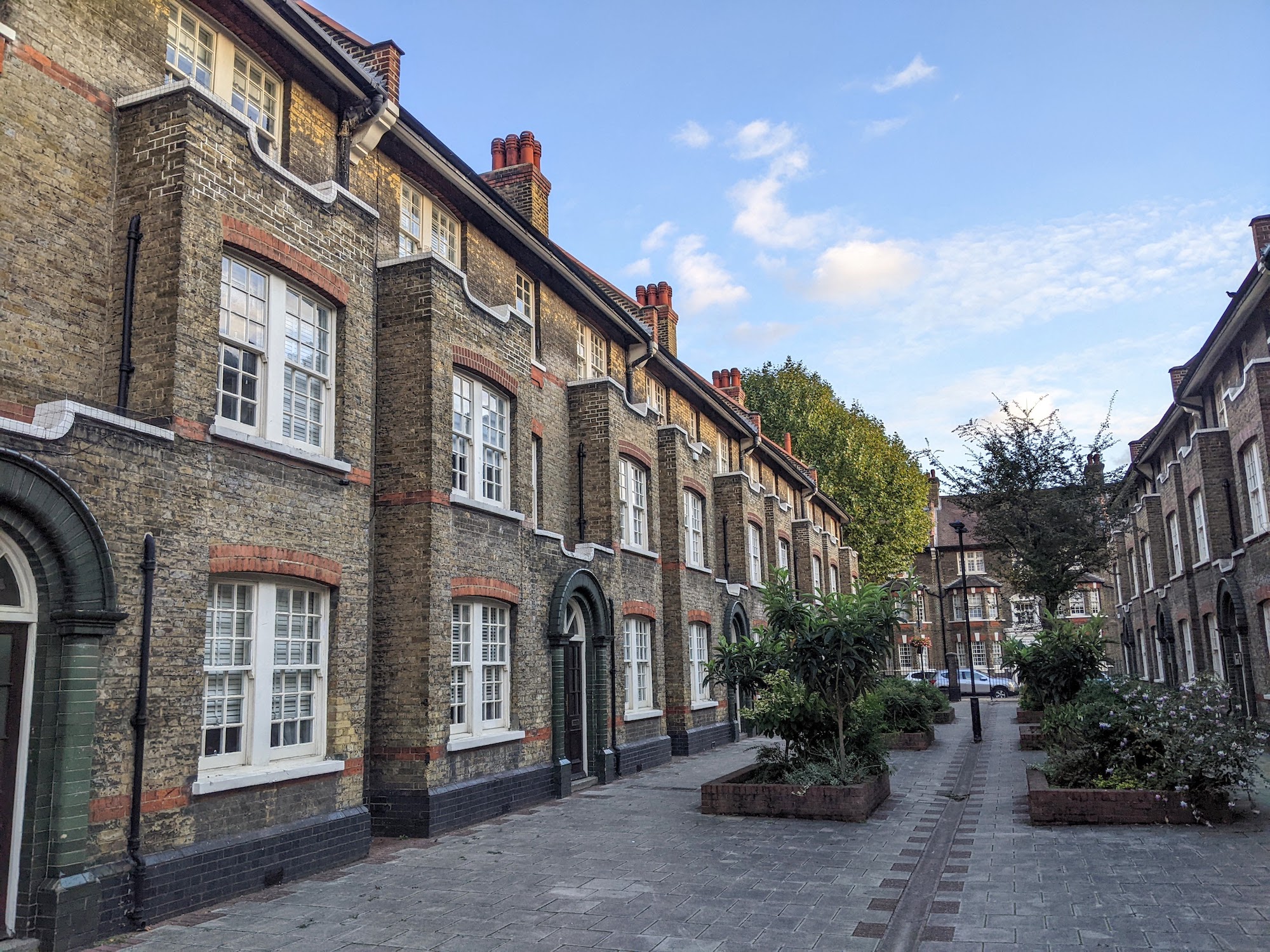 Just north of Burgess Park, the Liverpool Grove Conservation Area spans about half-a-dozen streets of harmonious social housing dating from the dawn of the twentieth century. A mix of two-storey terraced cottages and three-storey tenements, the houses have an Arts and Crafts architectural character and are laid out according to "Garden City" planning principles.
The conservation area report notes two dominant styles: rustic and neo-Classical. It says the rustic style is expressed primarily through front door canopies on wooden braces on the terraces, together with upper storey plasterwork and half-timbered gables. "The neo-Classical style pertains to the block of flats and is expressed primarily through strongly-modeled doorways of various designs," it adds. 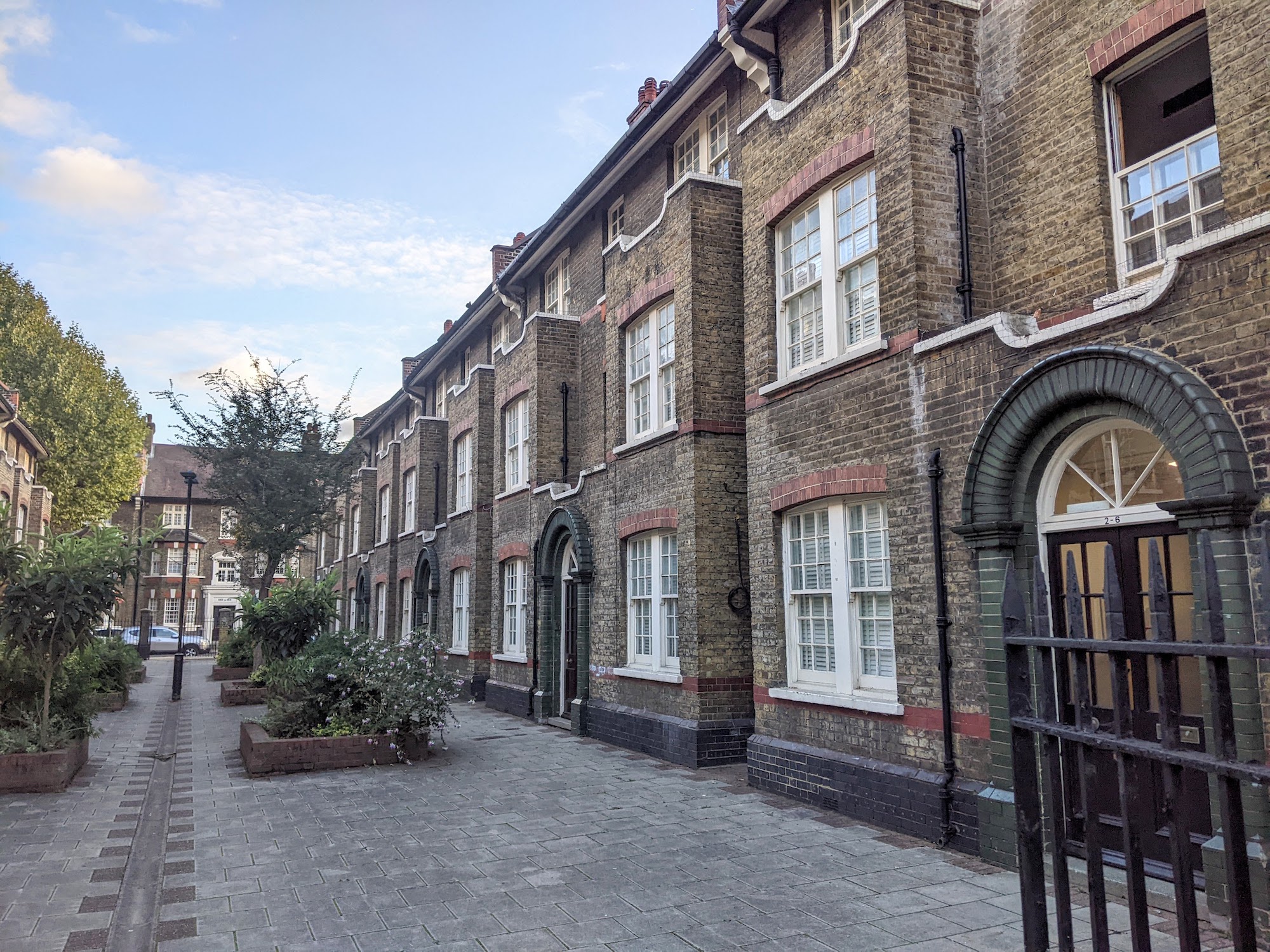 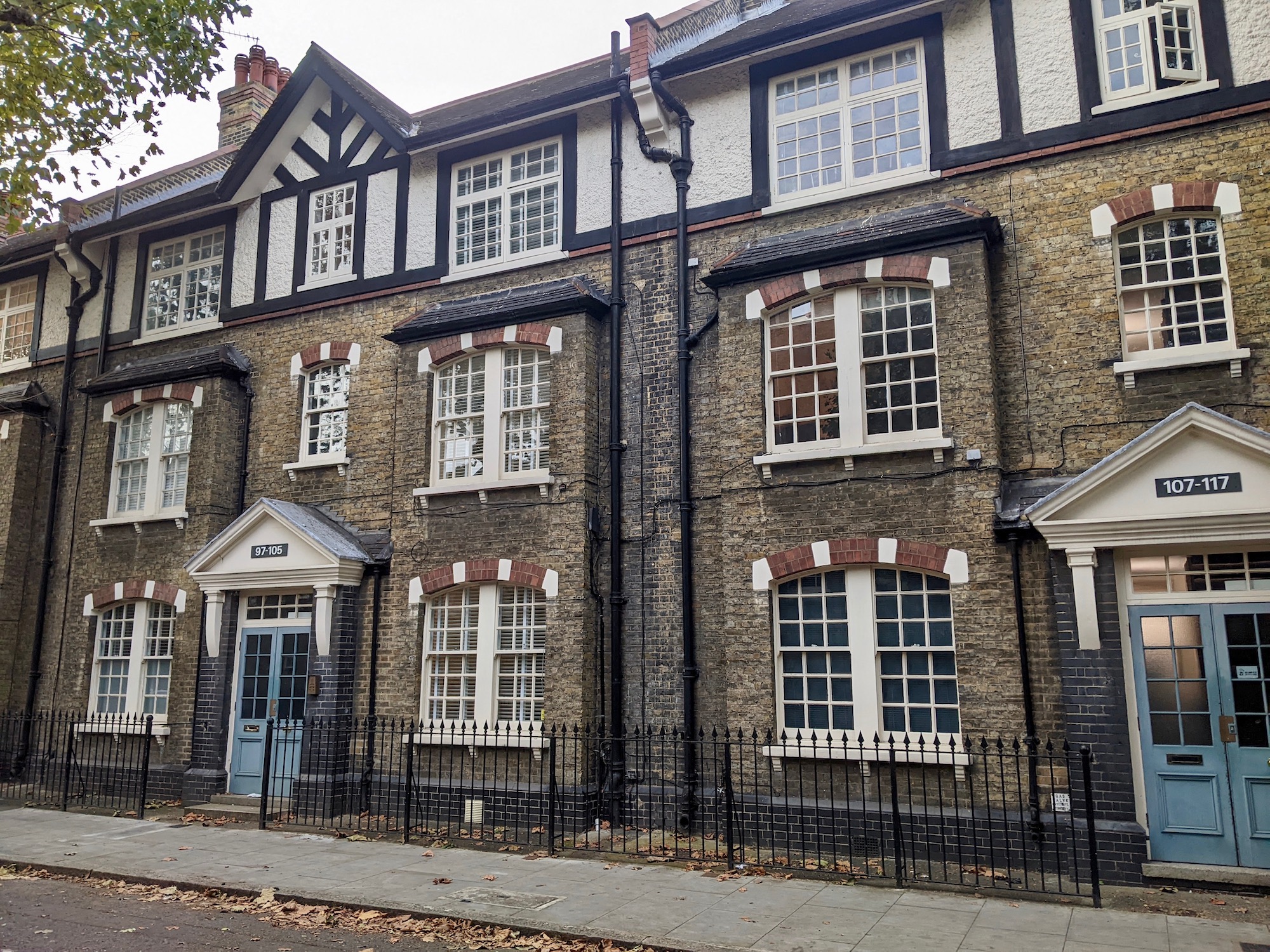 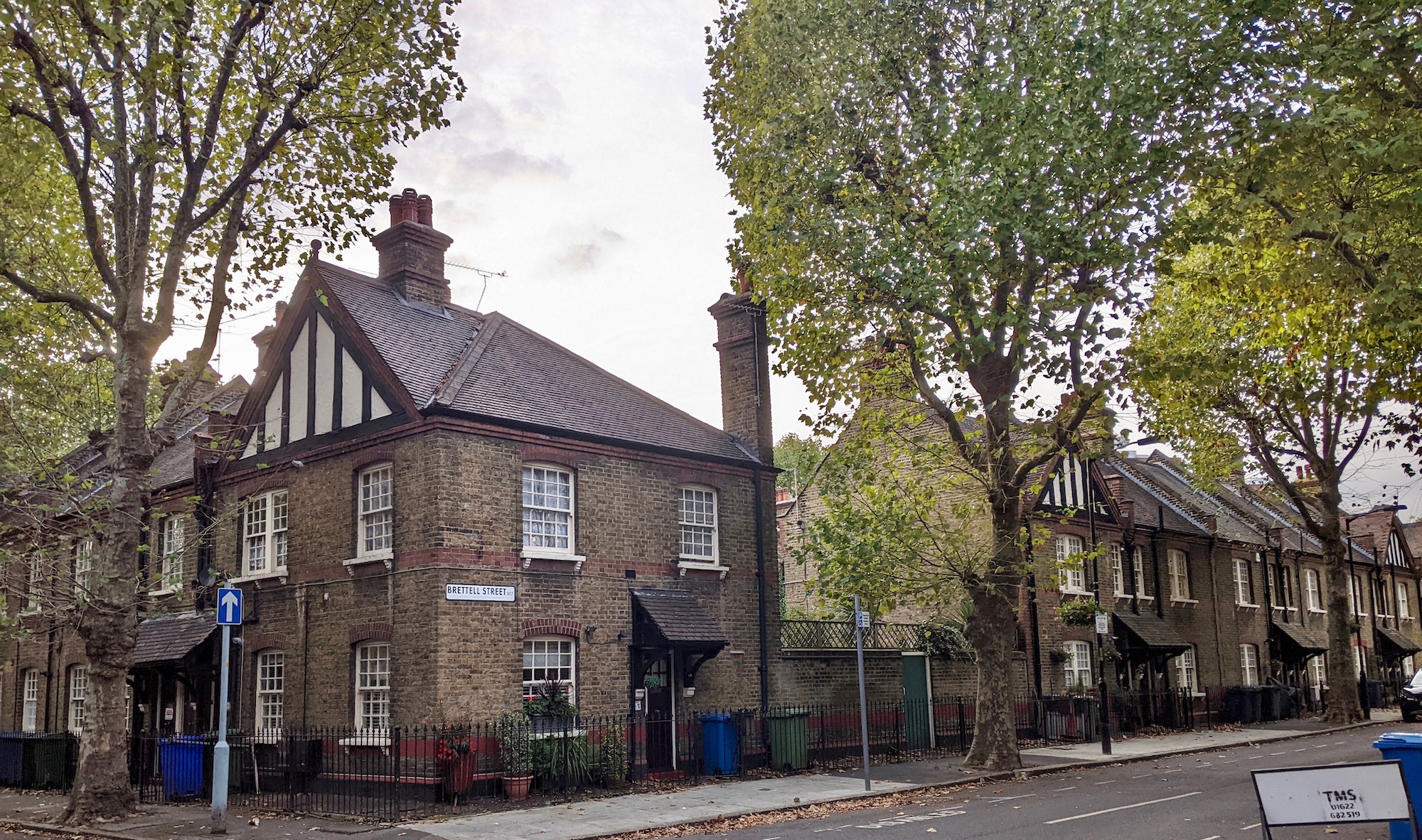 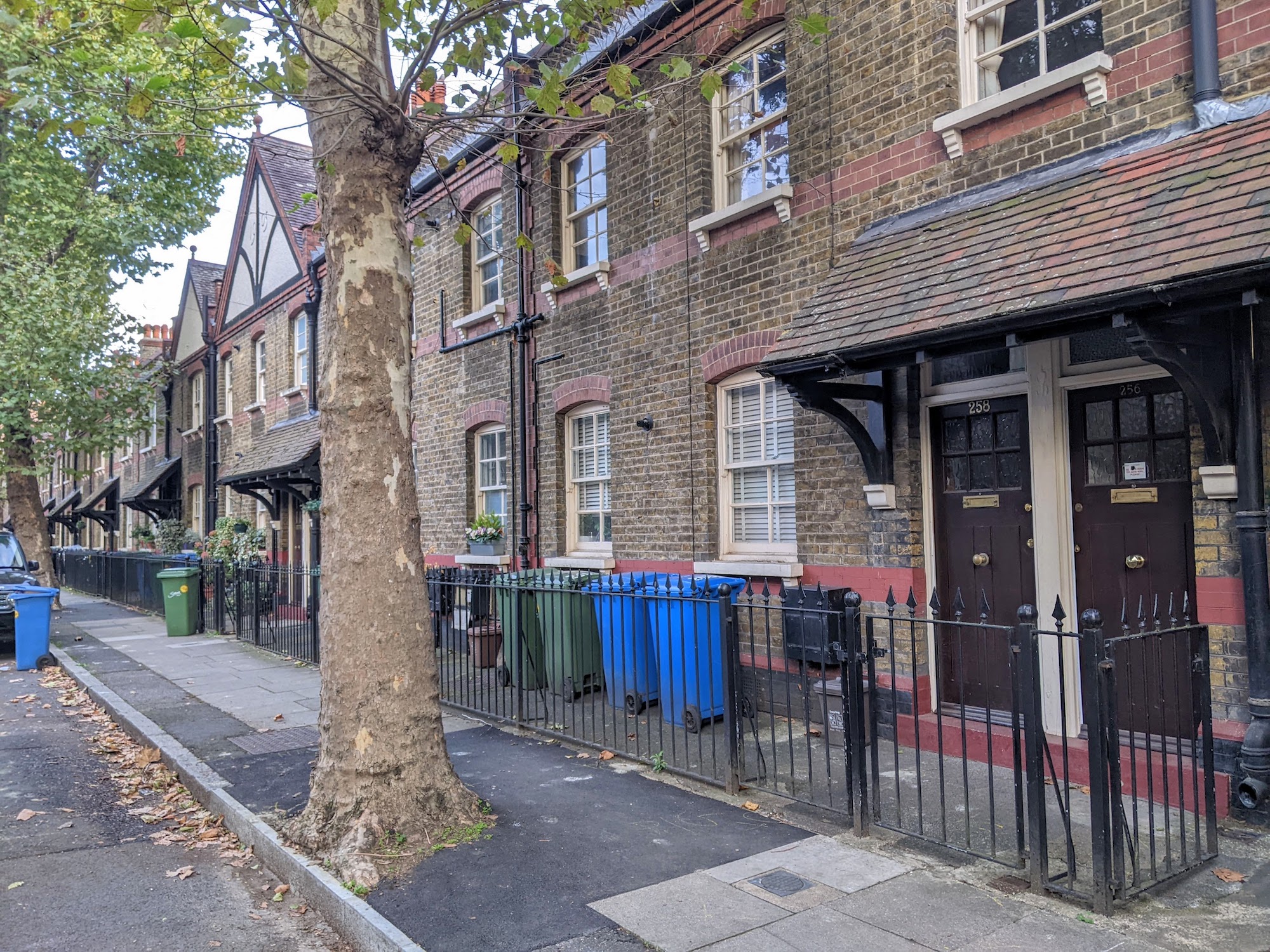 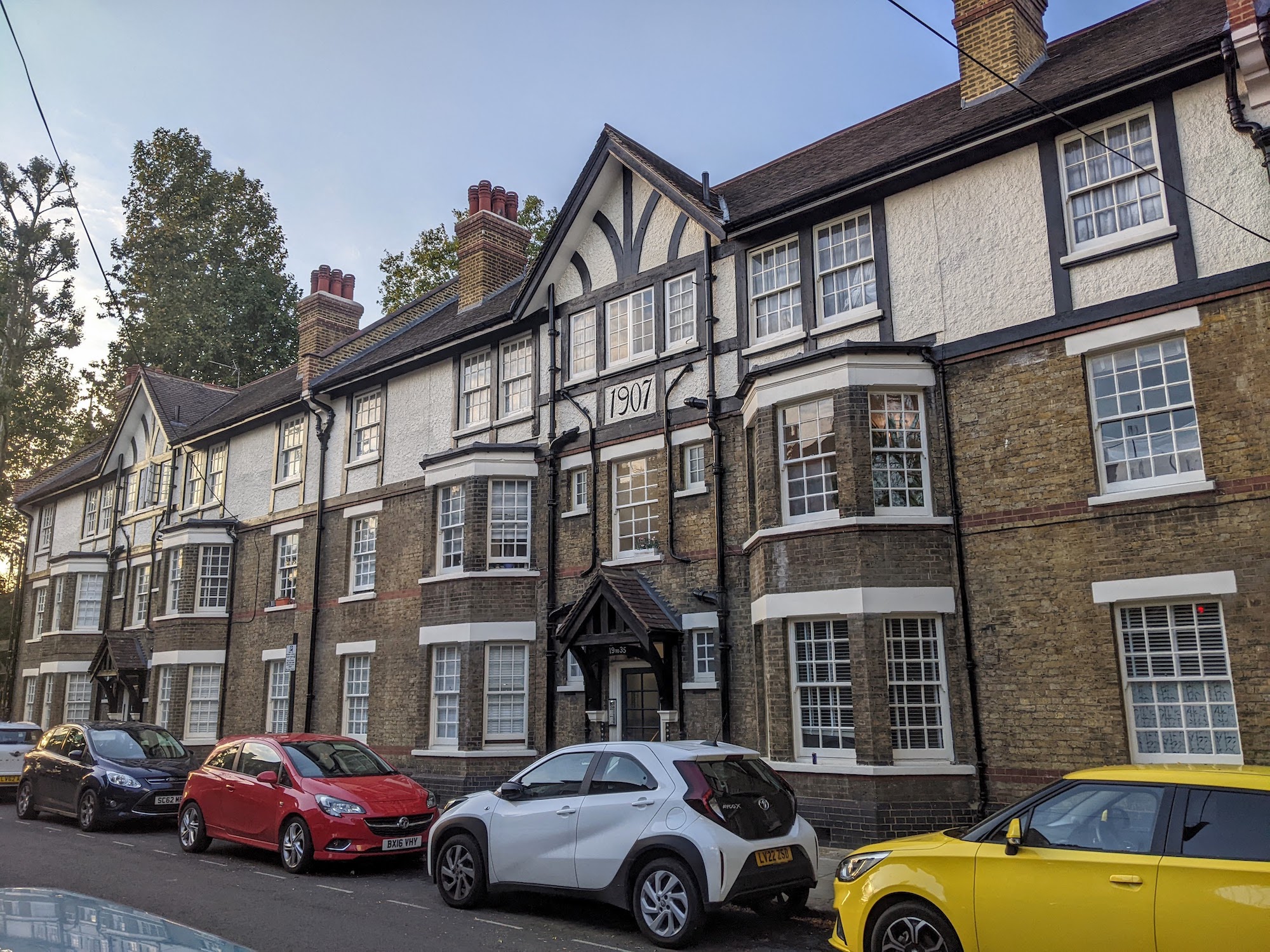