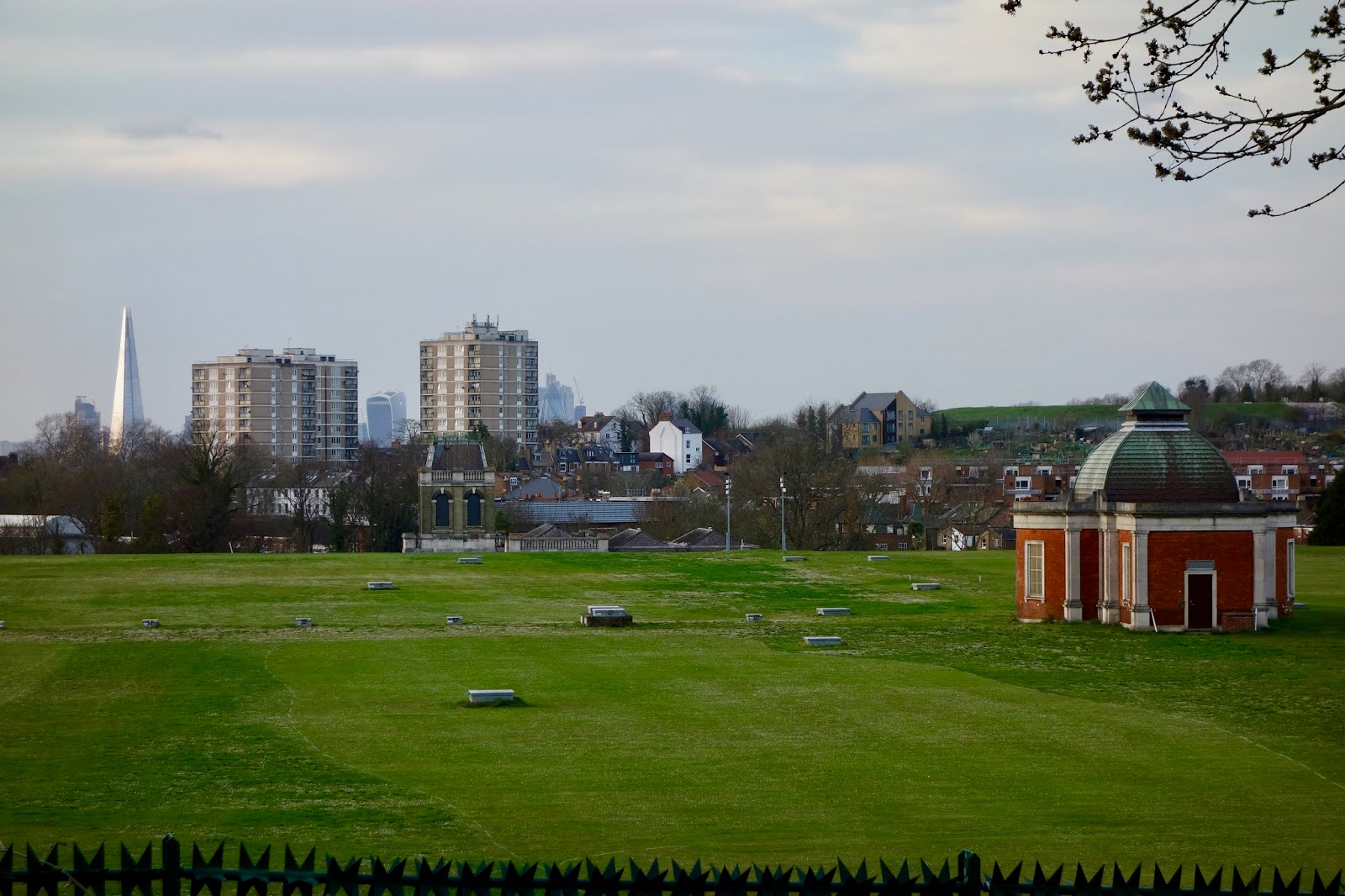 From the footpath running through Brenchley Gardens, there are wide views over the Aquarius Golf Club, which was laid out in 1909 around and on the roof of the Beechcroft Reservoir, which was once Europe's largest underground reservoir.  The reservoir is still operational today and holds 55 million gallons of water.   Originally opened in 1928, Brenchley Gardens now incorporate the old track bed of the Crystal Palace High Level Railway, which was closed in 1954.