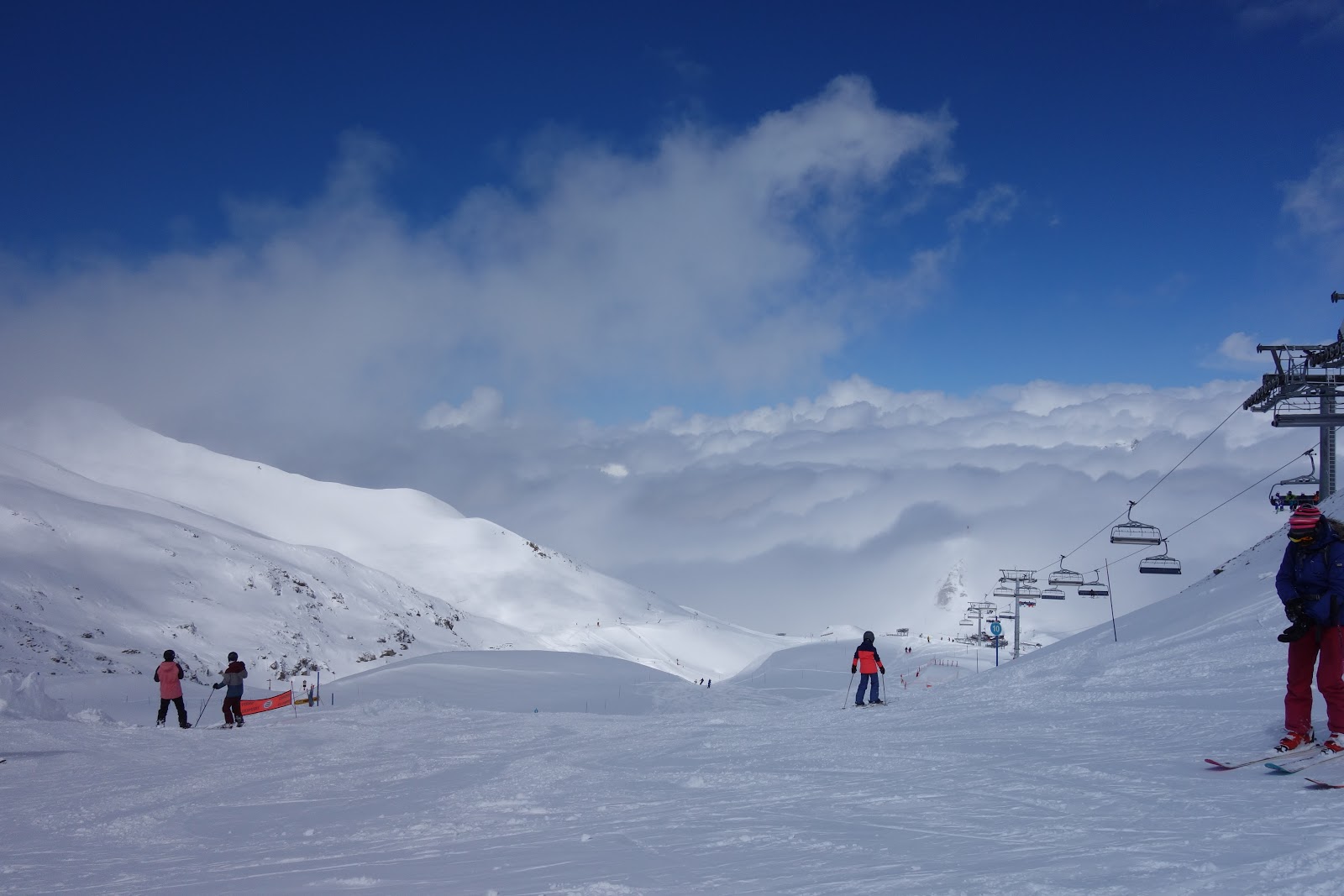 With an a diverse collection of pistes and lifts above 2,000 metres, Les Deux Alpes is a good shout for a family skiing holiday in early April. The fairly gentle gradient on the sizeable glacier and steep descents back to town give Les Deux Alpes an unusual profile. It is not a massive resort, but the runs tend to be long and the lift system is pretty effective: you will be skiing a lot, particularly if you avoid the French school holidays. The slopes can be almost empty and there are some stunning views from the glacier. At the end of day, you might enjoy the run down from 3,200 metres to 1,650 metres in one go – a real leg burner, but you feel like you're travelling. Note, there are also a few enjoyable runs on the facing slopes in an area known as the Vallée Blanche, which may remain open when the main resort is struggling with an overload of snow. This area has more trees, and some fun off-piste, but it will only occupy you for a few hours. 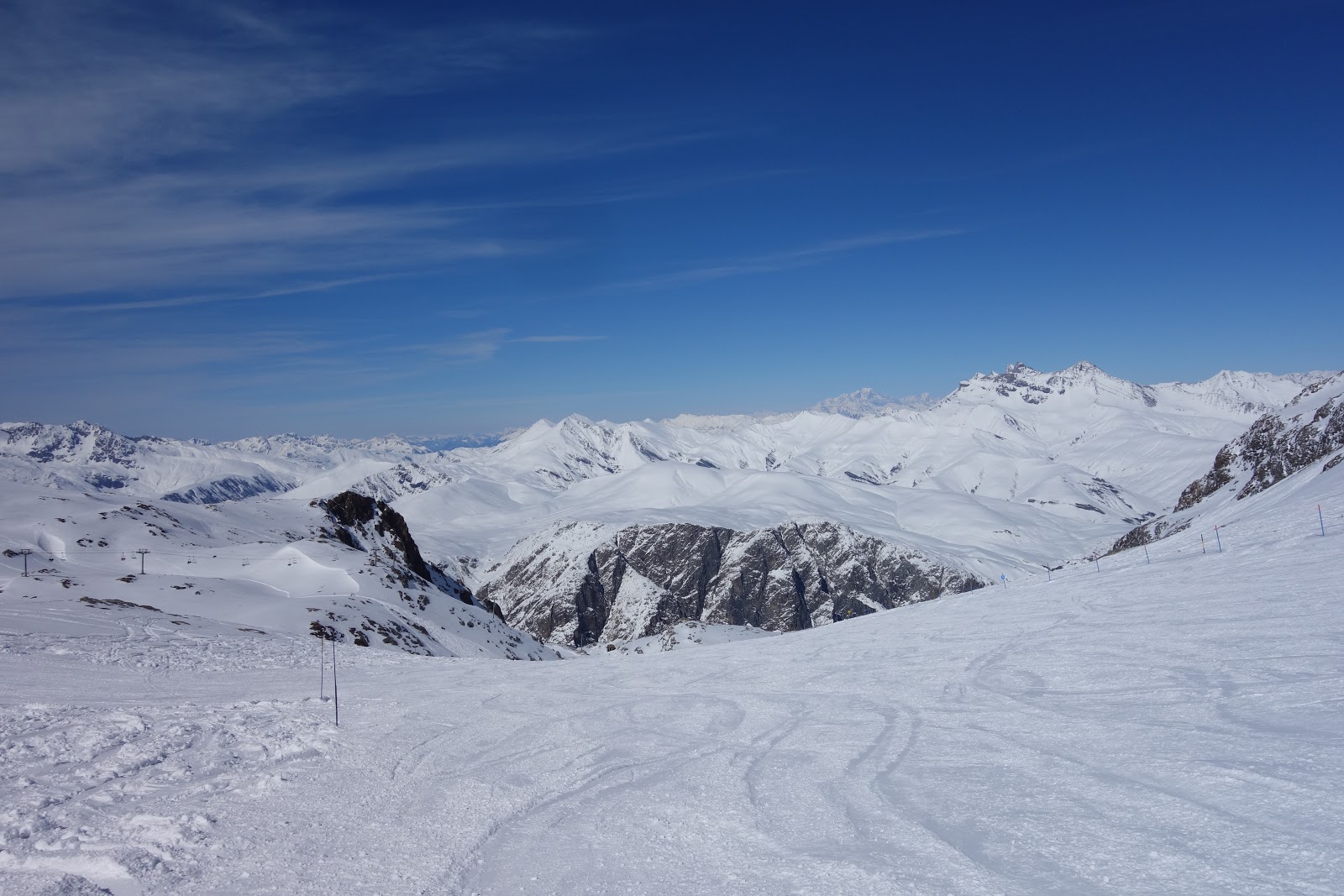 Les Deux Alpes' only real bottleneck is the two-leg gondola up to the glacier, but it does get you plenty of altitude. Up here, the off-piste options are fairly limited and the wind can whip up, but there are some marked trails that aren’t bashed and the on-piste skiing can be challenging for intermediates. Note, the piste grading is pretty tough – some of the blacks can be a succession of tiring mogul fields, while some of the reds are steep in places. Parts of the blues will daunt beginners, while even the green that winds back down into the resort is narrow and a bit hairy in places. 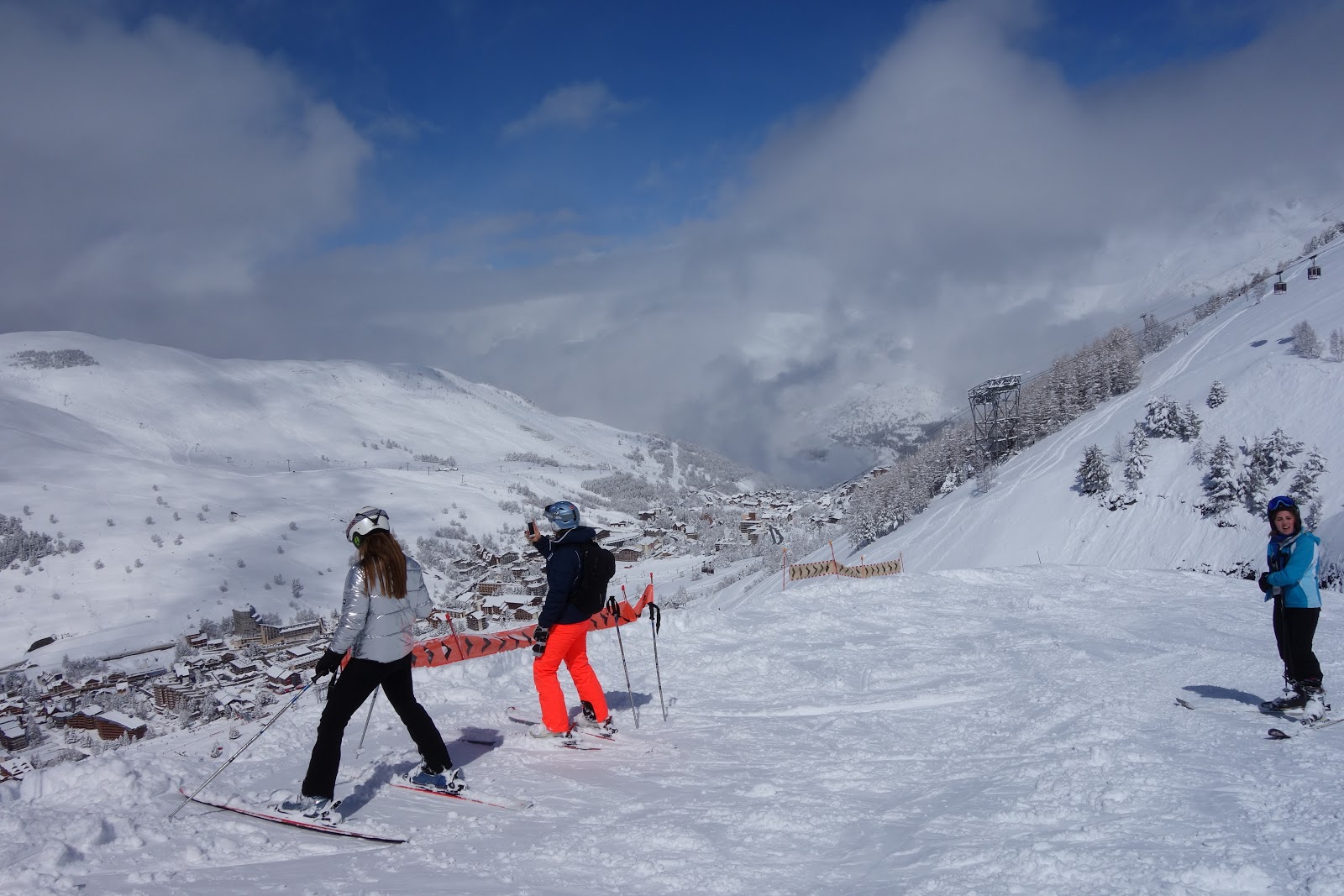 Les Deux Alpes has installed some fun features, such as a time slalom course, a race track or two, and a snow park with jumps and rails. From most lifts, there are three quite different ways down, allowing you to mix things up in the same sector. Although the lift system is generally modern and quick, the white eggs are pretty cranky, and there is a really ancient three-man chairlift (Thuit) in the La Fée sector: it can be difficult to get the bar down over your helmet and it goes at a snail's pace. There are relatively few mountain restaurants and they can be pricey, but the quality of the food tends to be quite high and the portions are large - you might need 30 minutes to digest your lunch. In April, Les Deux Alpes is understandably popular with school ski trips, meaning you might have to negotiate your way through some lengthy snakes of skiers and boarders, but it is straightforward to find some deserted slopes on the fringes of the resort  8/10