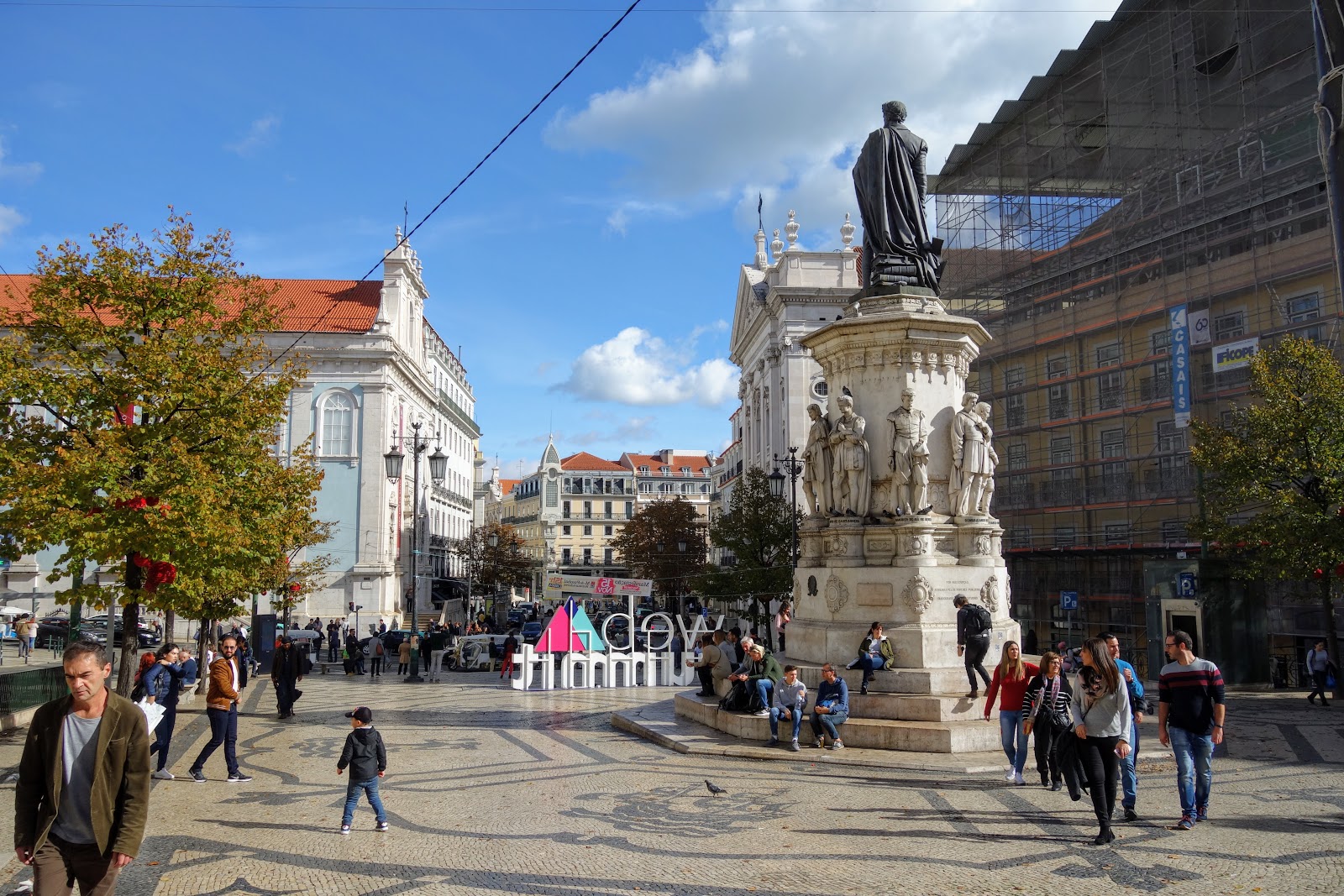 An attractive and compact square between Chiado and Bairro Alto, Praça Luís de Camões celebrates Luis de Camões with a monumental statue standing on a pedestal.  The 16th-century epic poet towers above statues of several other literary figures. Depicting sailing ships, anchors and the like, the square's decorative black and white tiling is a delight. Nearby there are two Baroque churches: Loreto (pictured below) and Encarnação. 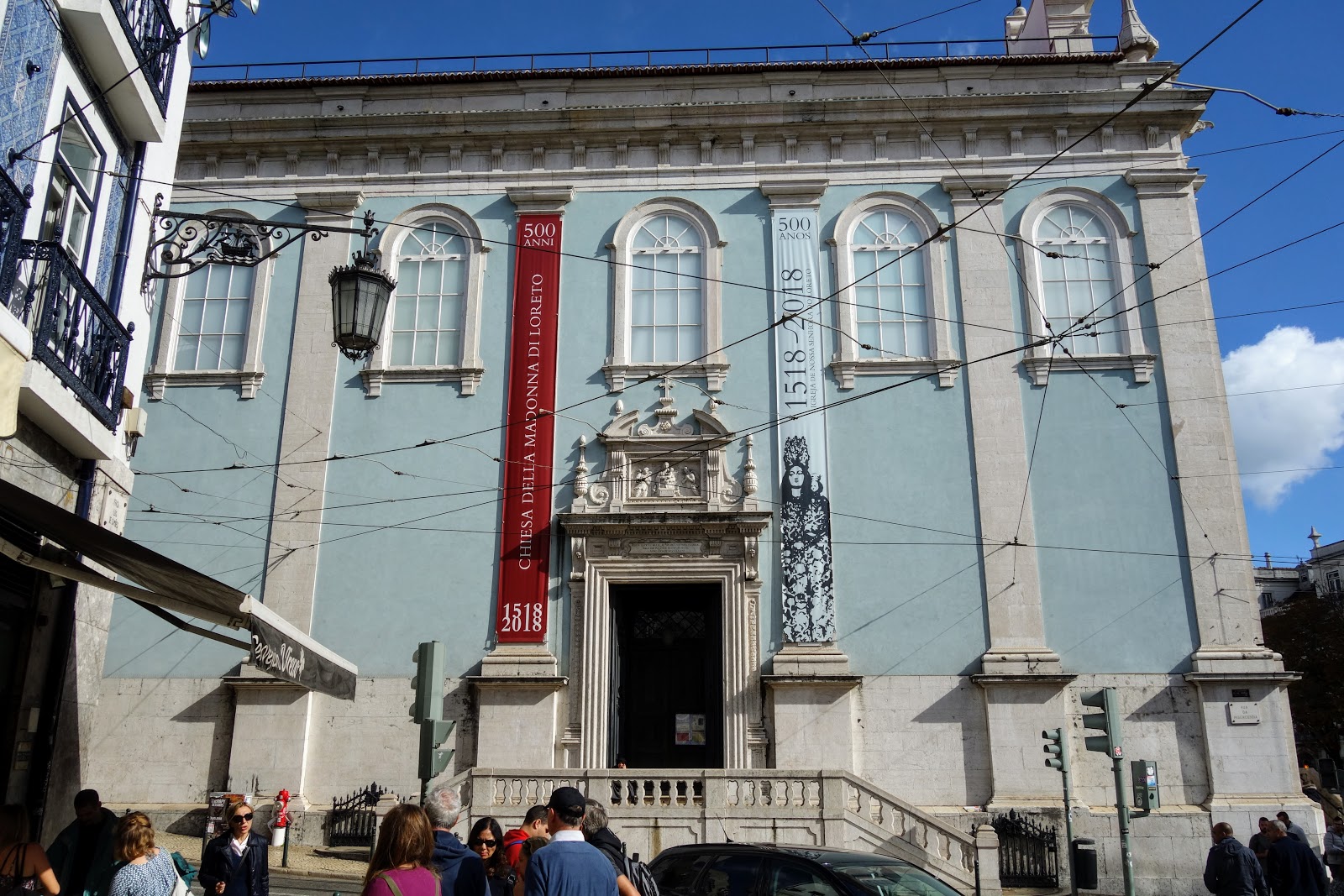 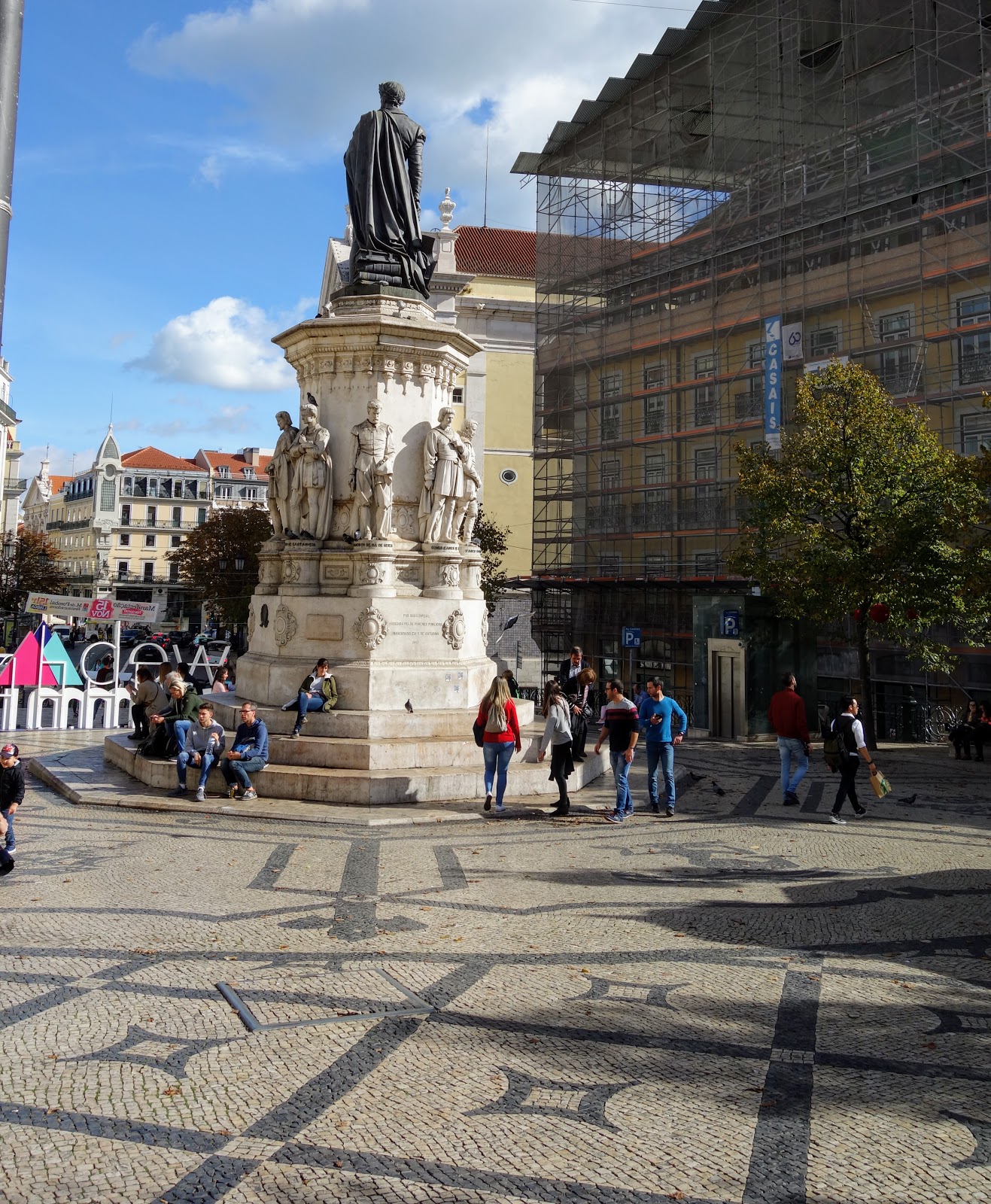