An ambitious production melding classical music with melodrama, theology and comedy, Amadeus follows the life of Wolfgang Amadeus Mozart through the jealous eyes of Vienna's incumbent court composer Antonio Salieri. Once you get past the strangely lethargic and dreary opening monologue, Salieri springs out of his wheelchair and back in time to when Mozart first arrives in Vienna. The play also springs to life, harmoniously working extracts of soaring Mozart's operas into the narrative, which traces how Salieri comes to terms with the fact that he is a mediocre composer and that Mozart, rather than him, is God's instrument on earth.  At times the storyline's exploration of the nature of genius and its impact on others is both compelling and entertaining. In one memorable scene, Salieri plays a dull welcome march he has composed for Mozart. A little while later, the prodigy vaults over to the harpsichord and plays Salieri's march back by memory, embellishing it with flourishes that ultimately transform it into a fine piece of music. 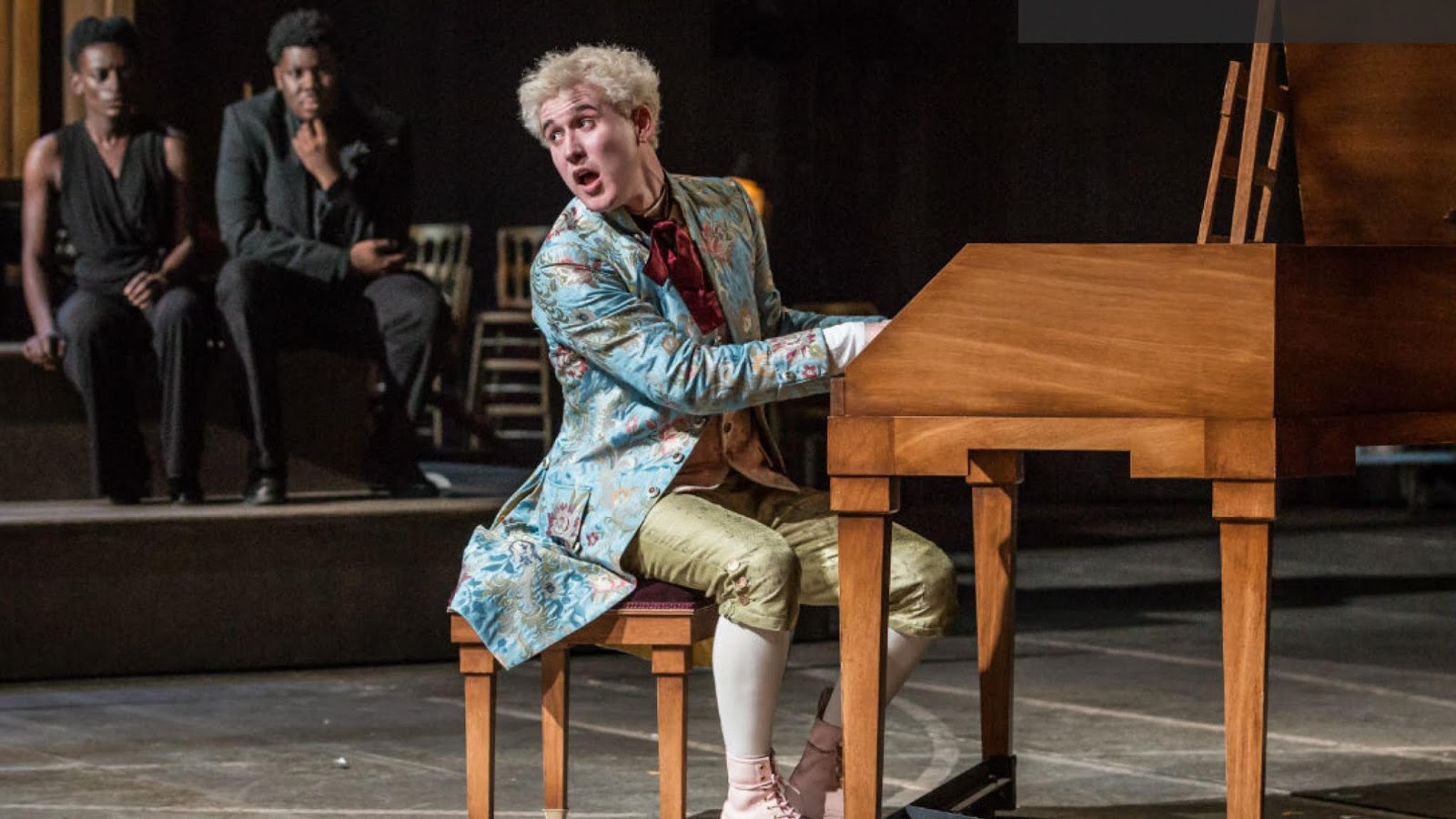 Lucian Msamati's portrayal of Salieri, who speaks Italian and English, is both enthralling and wearing. He has charisma, but not all the time. You may also be distracted by the strange mix of accents and tongues. Sometimes Salieri sounds like he is from southern Africa, sometimes from the home counties, while Mozart's wife talks with a harsh south London accent. The courtiers frequently switch between Italian, German and Oxford English. Adam Gillen's childish and potty-mouthed Mozart has plenty of energy, but seems to be over-acting, probably to ensure everyone in the vast auditorium can see why the German genius should so irritate the Vienna establishment. Overall, the script could be pruned and the pace quickened - some of Salieri's observations are laboured, while Mozart's descent towards death can drag. The production is three hours long, including the interval. Still, the live music can be sublime, while the simple and stark set is powerful. Moreover, the enormous cast, which includes members of the resident Southbank orchestra, give the production depth and dynamism. With tickets for the cheapest seats, up in the gods, just £15, Amadeus is a bargain, despite its few flaws. 8/10