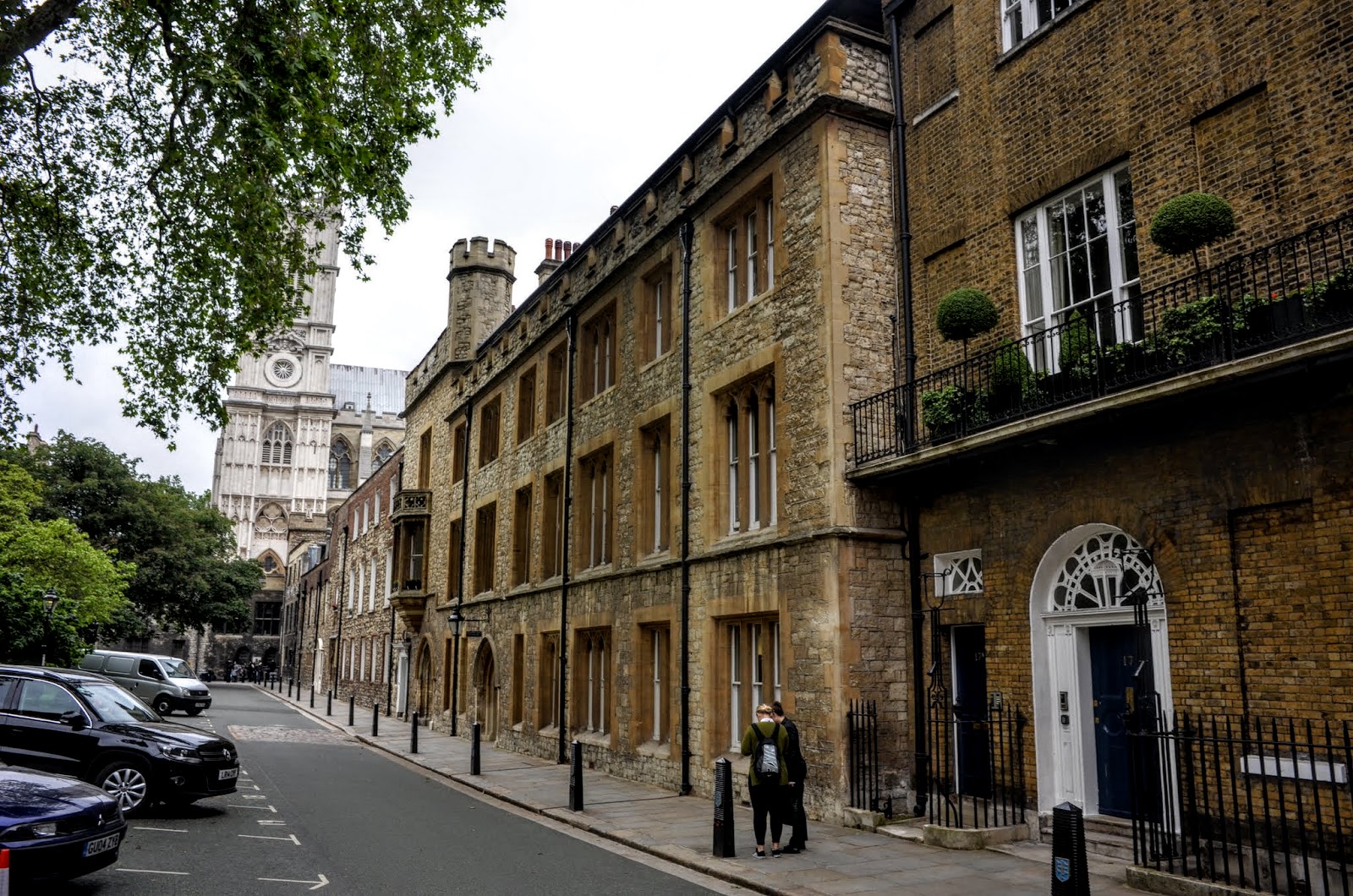 A peaceful oasis in the heart of London, Dean's Yard is tucked away behind Westminster Abbey and seems to be missed by most tourists. This area originally housed monastic buildings and the Abbot's garden known as "The Elms". Today, it is a rich jumble of historic ecclesiastical architecture. On the east side, the Abbey administrative offices and Westminster School buildings still incorporate much of the 14th century cellarer's quarters and guest house, according to the Westminster Abbey web site. On the west side is the Abbey Choir School and to the south is Church House. The quadrangle of grass was first laid out in 1815.