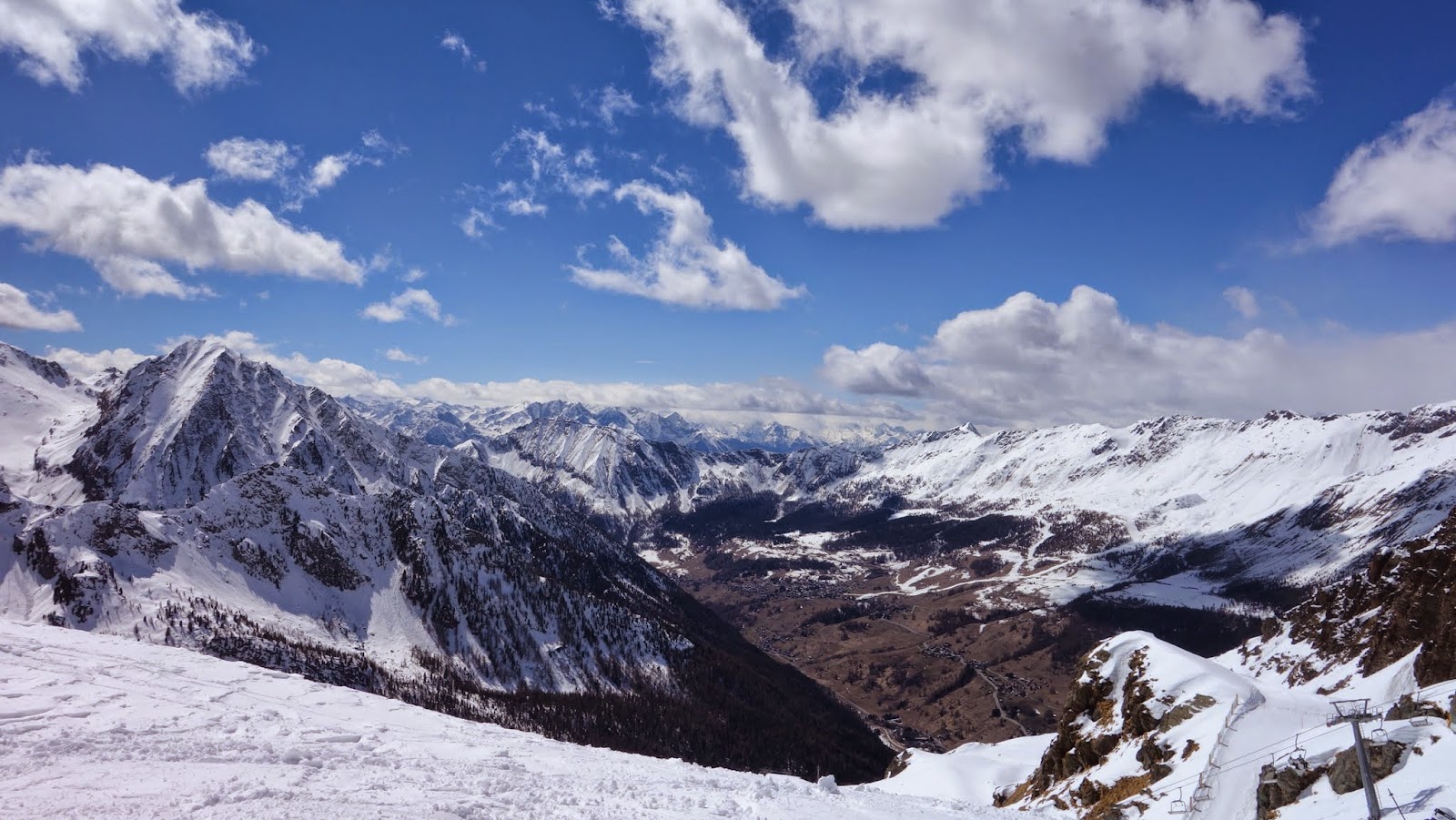 Branded Italy's Three Valleys, the Monterosa region offers some decent high altitude skiing between the resorts of Champoluc, Gressoney and Alagna. The area is dominated by long, pacey and varied red runs, ideal for intermediates, rather than beginners and experts. In fact, the handful of hard blues and easy blacks would probably have been lined by red poles in another resort.  Still, experienced skiers will find plenty of challenging off-piste terrain. During the week, the slopes and the lifts are pretty empty, but the resorts can get uncomfortably busy at weekends and on public holidays when many Italians make the relatively easy drive up from Turin.

As the locals don't tend to pitch up until 9.30am and the ski schools start at 10am, you should aim to get one of the early gondolas out of Champoluc, which takes you over the crest and up to a second faster gondola that climbs to 2,420 metres. A very short link run takes you down to a chair lift that climbs to 2,702 metres, from where you can take the very scenic route over to the fast pistes above Frachey. Served by elderly two-man chairlifts the area between Champoluc and Frachey, which is blanketed in trees, feels quite remote and offers old-school, uncrowded skiing. You can also reach the Frachey slopes via a futuristic and steep funicular railway that runs up from a car park beyond Champoluc.

While Frachey is fun, you will also want to travel across the Three Valleys. On-route highlights include the lengthy and lively red runs down from the Colle Bettaforca, which overlooks both Champoluc and Gressoney, and the twisting, but pacey, piste from the Passo Salati back towards Gressoney. There are another half dozen runs to explore in Gressoney, but you should avoid going right down into the village, where you might have to tramp over to a gondola back up the mountain. If you are short of time, you should also skip Alagna (reached via a fairly sedate black run), as you may end up waiting quite a while for the cable car back up. 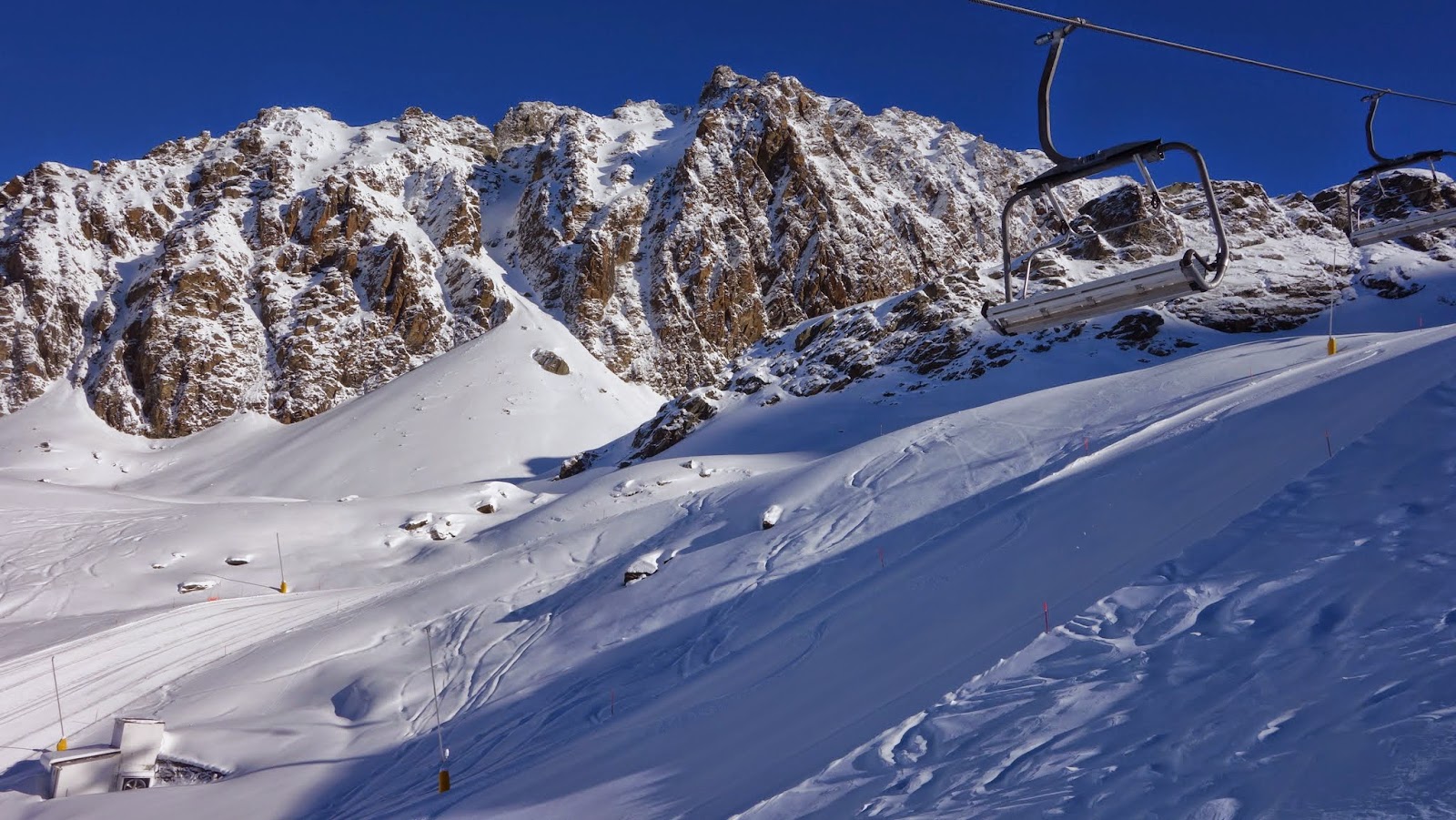 Most of the lifts in the Italian Three Valleys are quick and comfortable, but there are still a few antiquated chair lifts to spice things up.  There are plenty of reasonably-priced restaurants and bars, while the views, which can take in the Matterhorn, tend to be pretty special. However, there are some downsides - there can be kids' races on some days in the Easter holidays, meaning some pistes will be closed. Although the Three Valleys are high enough to be pretty certain of snow in late March and early April, they do seem to be vulnerable to high winds. And the lifts may close for a day or so, meaning you may end up having to catch one of the infrequent buses from Champoluc over to the satellite ski area of Antagnod, which only has four runs and can get slushy in the sun.  Still, it is sheltered and provides enough entertainment for a morning. Relatively unknown, the Monterosa region deserves to be higher up the Alpine pecking order. 8/10 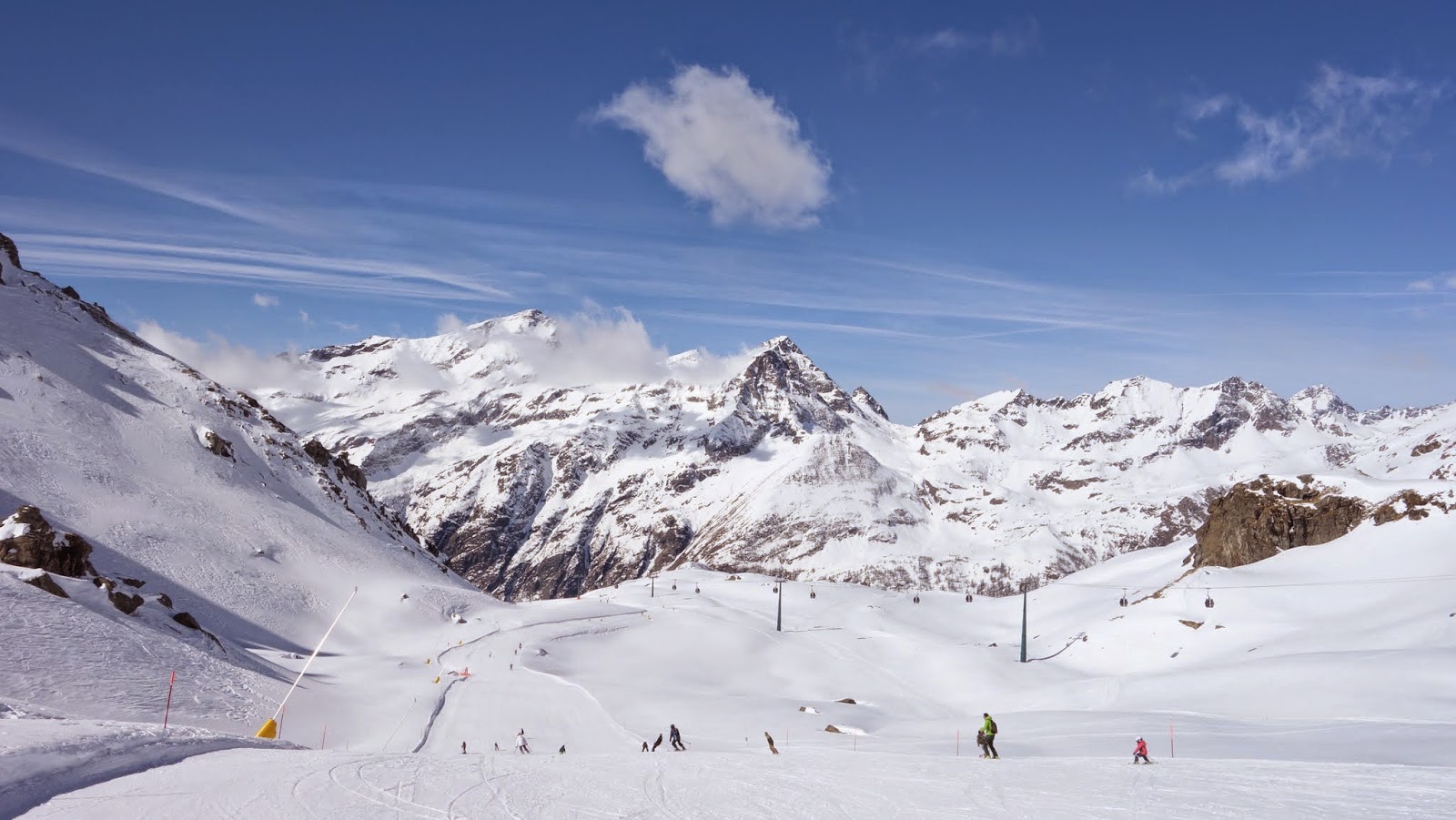