The Curious Incident of the Dog in the Night-Time, the Gielgud Theatre, Shaftesbury Avenue, central London 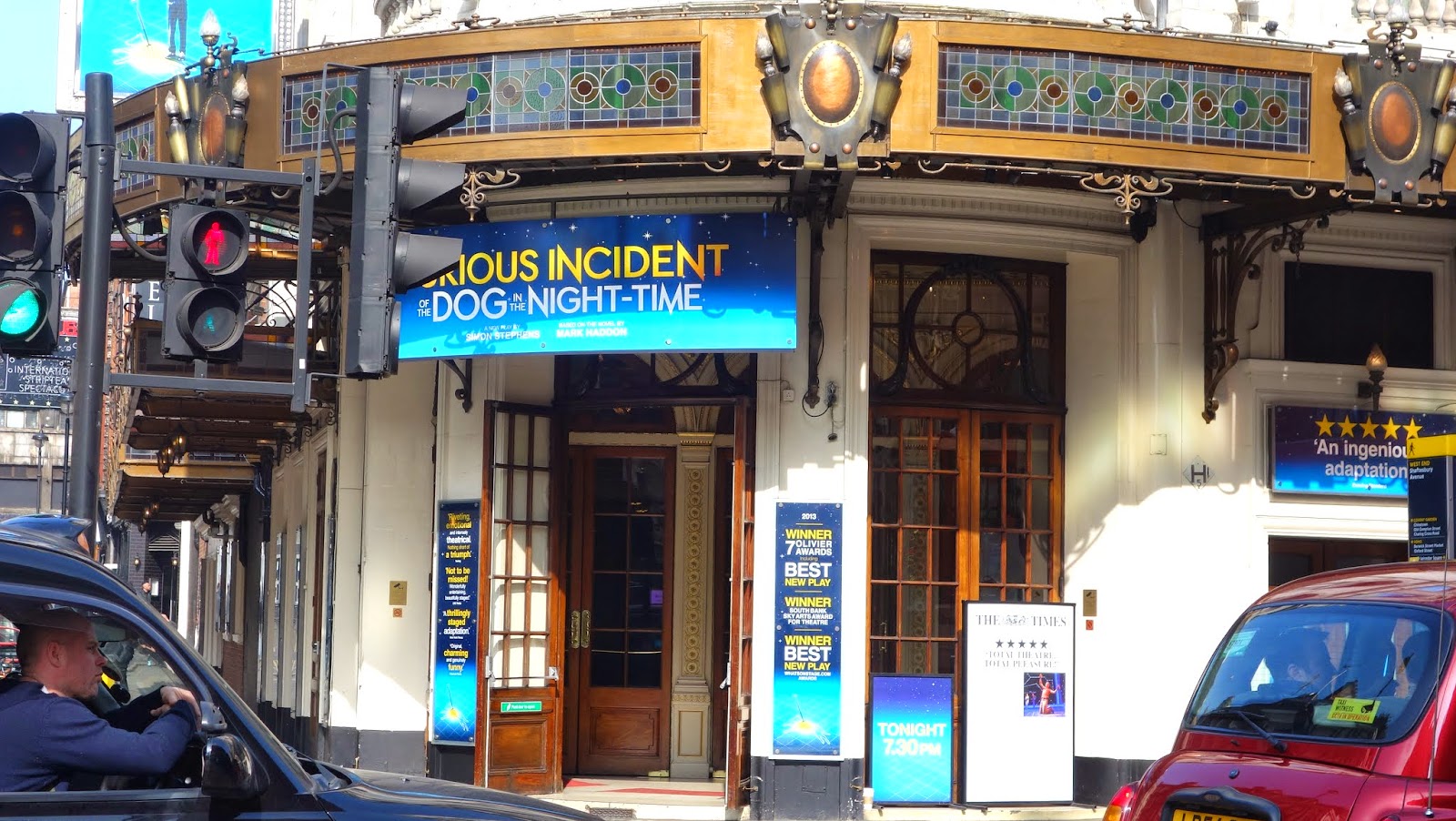 Telling the thought-provoking story of Christopher Boone, a shy and vulnerable teenager with an extraordinary command of mathematics, The Curious Incident of the Dog in the Night-Time is an unlikely and uneven West End hit. Although the storyline is quite clever, most of the major plot revelations come before the interval and the second half meanders somewhat. Moreover, the acting isn't all it could be. While some of the miming and the choreography is captivating, the delivery of the dialogue can be a little flat and even strained.  That could be to do with the script - it often falls back on swearing to generate cheap laughs and convey emotion and exasperation. Unconvincingly, Christopher's father (played by Nicolas Tennant) seems to spend much of his time at or near boiling point. And you are often aware of the acting, rather than being immersed it. 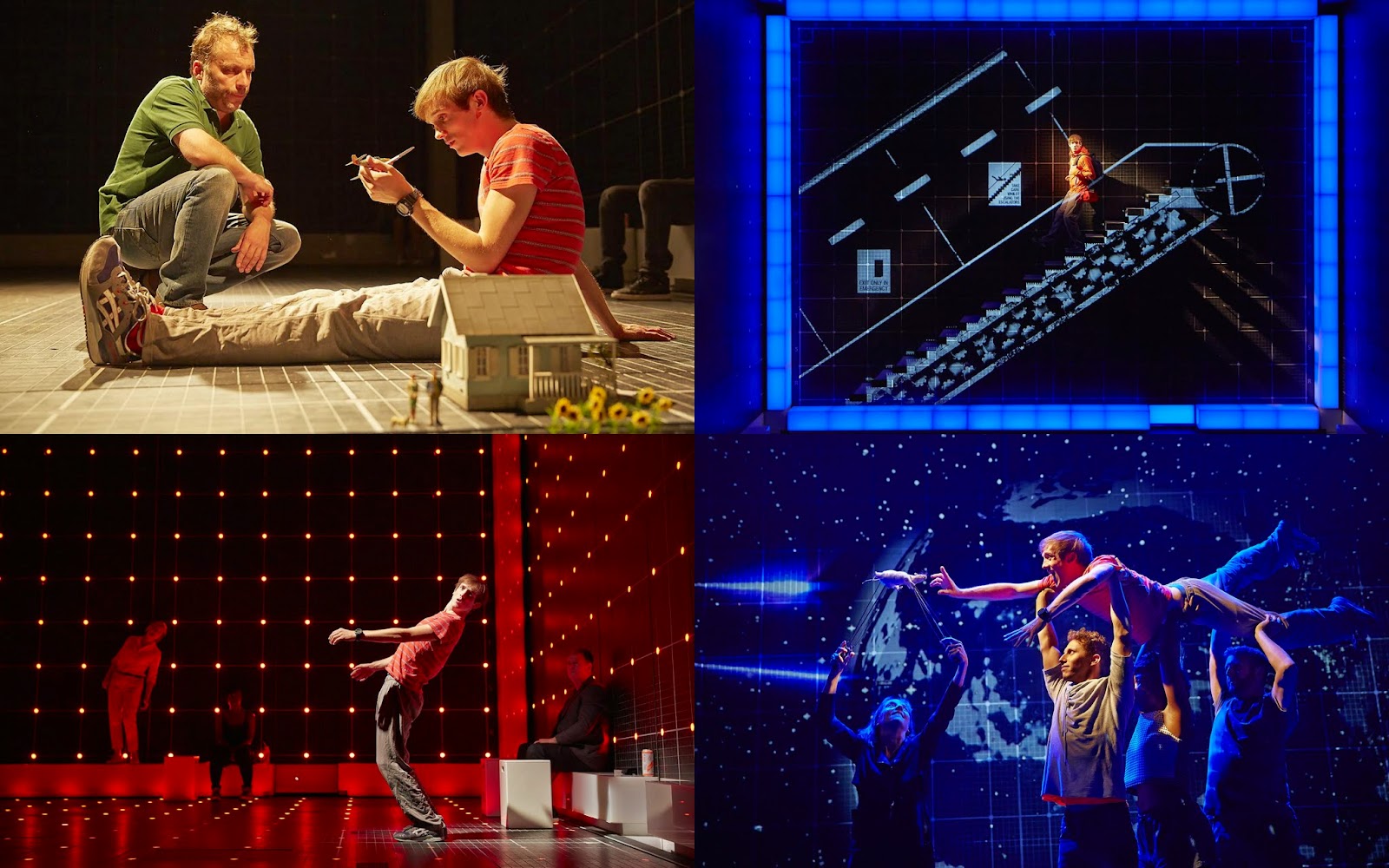 But there is plenty going on to distract you from the acting. The three-dimensional, high-tech set is the undoubted star of the show. Using very flashy electronics and symmetrical mathematical patterns, it neatly reflects the connections going on in the unusual brain of Christopher. The set is capable of some remarkable effects, effortlessly conjuring up rain, a London underground platform and even the accompanying escalator. Mostly devoid of dialogue, the high-energy scene when Christopher travels to London is brilliant - the sophisticated set goes into overdrive using light and noise to perfectly capture the frenetic atmosphere of London. At the same time, some intricate choreography, expertly performed by the cast, evokes the bizarre mix of mayhem and order that is the London rush hour. It follows on from a similarly-effective, but much calmer,  scene in which Christopher completes a model railway, the stage lights go down, the train glows and starts rolling around the track. The high-tech gadgetry is all the more striking in the elegant and intimate Gielgud Theatre. 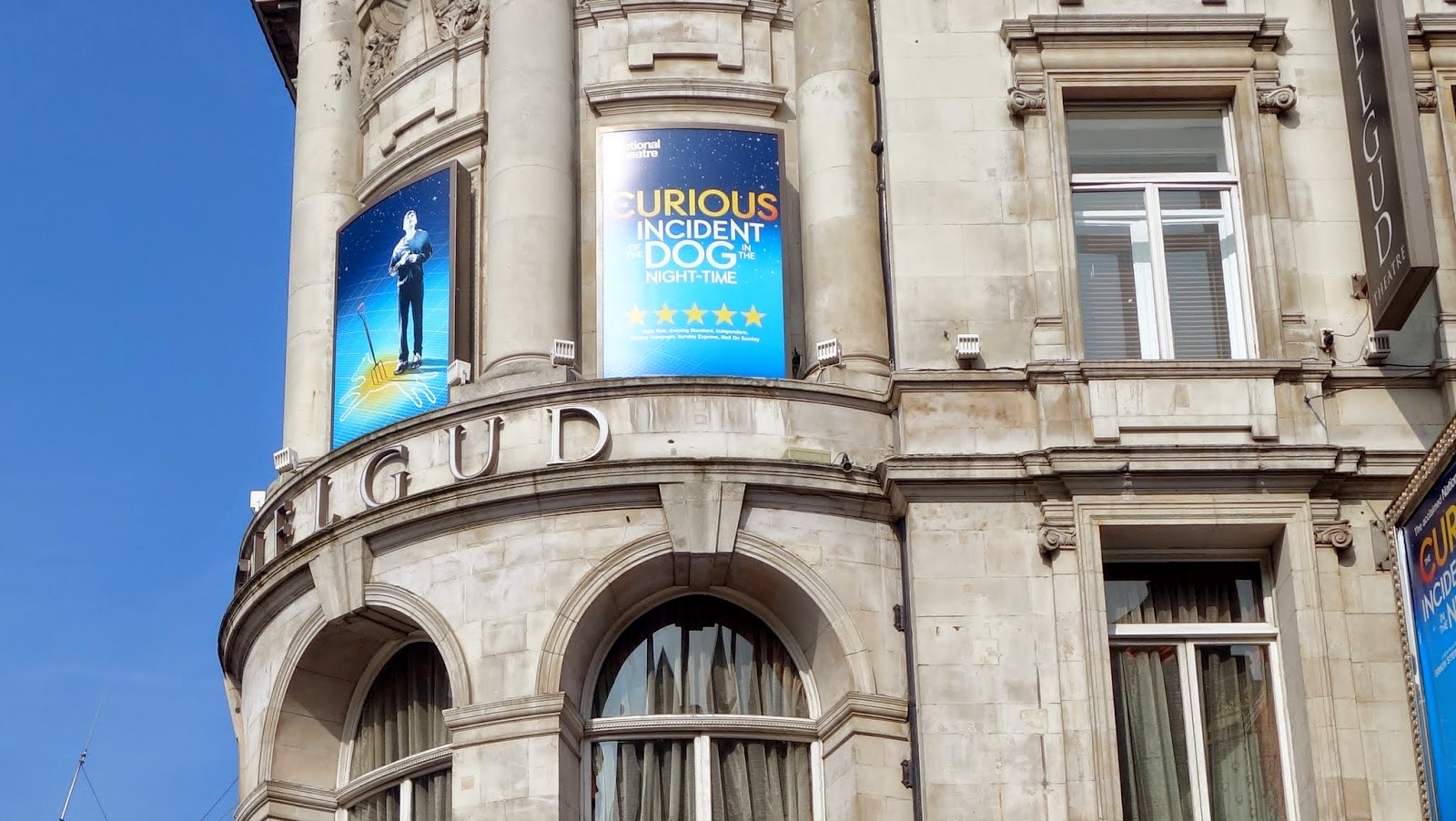 Graham Butler gives a remarkable performance as Christopher - he is on stage all the time, yet keeps the energy levels up and captures the painful contradictions of autism acutely. However, his character's tendency to go into great detail and minutiae is wearing, particularly if you have read the London Eye Mystery, which covers similar ground. You feel his father's and mother's pain. Moreover, Butler is let down by a patchy supporting cast, as well as a sometimes clunky script. Still, The Curious Incident of the Dog in the Night-Time is worth seeing. It amounts to a telling exploration of the strains that autism can put on family life, while also celebrating the capabilities of people who think differently. 7/10