The Book of Mormon, the Prince of Wales Theatre, Coventry Street, central London 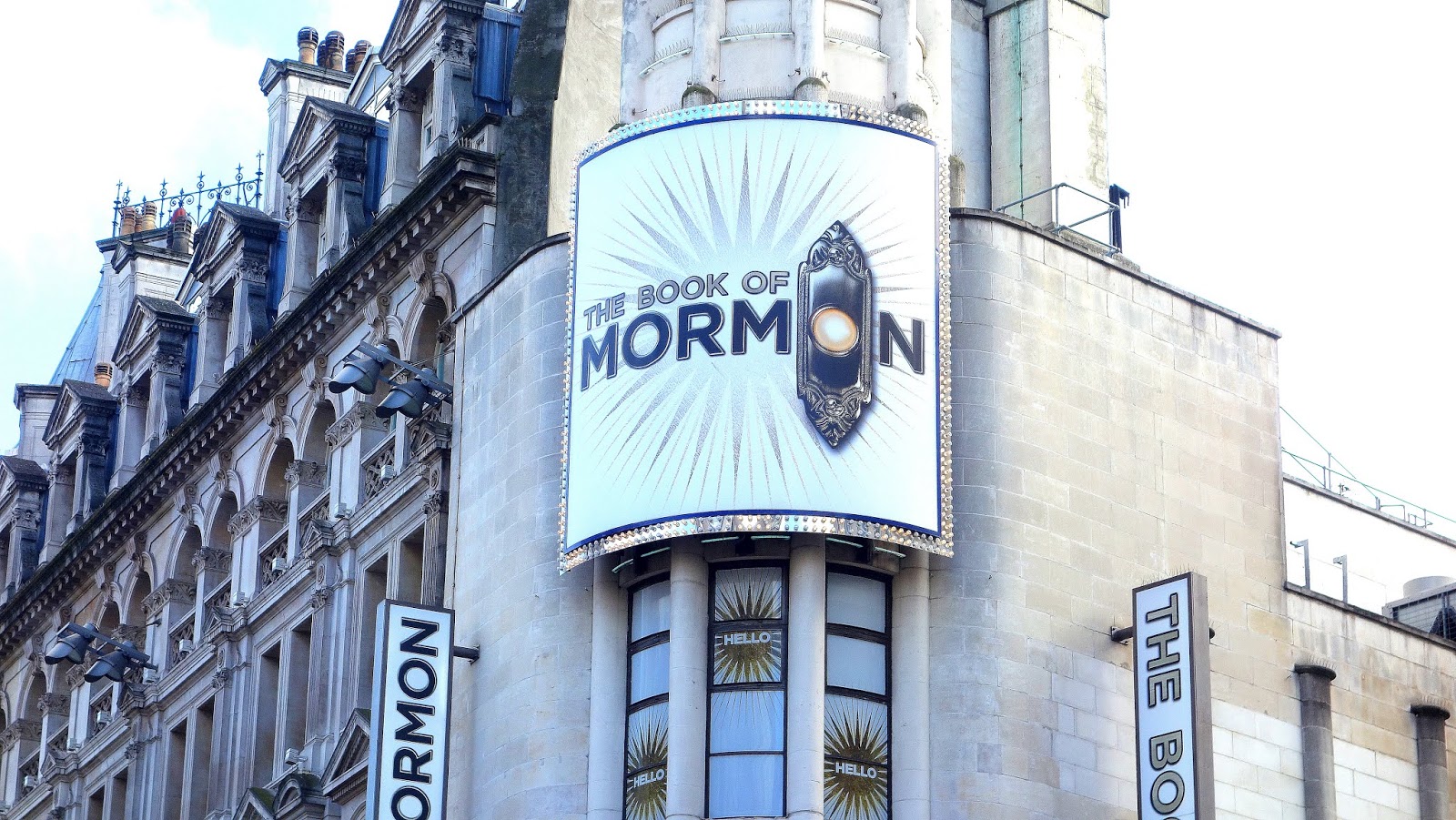 A highly energetic and entertaining parody of both The Church of Jesus Christ of Latter-day Saints and western preconceptions of Africa, the Book of Mormon somehow manages to be both a feel good and a feel bad musical. It opens in the mission training centre in Salt Lake City with the trainee elders, complete with gleaming all-American teeth, practising ringing door bells and introducing the occupants to the book that will change your life. This well choregraphed scene also introduces the audience to the high-tempo music, edgy lyrics, comic timing and highly-expressive acting that are the hallmarks of this extraordinary production. Soon afterwards, the two lead characters - Elder Price and Elder Cunningham - are saying goodbye to their parents as they prepare to board a plane to Uganda to begin their mission. Suddenly, the parents leave, the lighting changes and a black woman in tribal regalia, complete with leopard skins, appears on stage and belts out a powerful African anthem. Moments later the parents reappear and thank the singer, who has never been to Africa, for giving their boys a fine send-off.  By the writers of irreverent cartoon South Park, the script mixes this kind of subtle and unexpected humour with crass obscenities and school-boy style-repetition of the earthy line: "I have got maggots in my scrotum."


On arriving in Uganda, the mismatched elders unwittingly sing along to an offensive, anti-God ditty with the nihilist locals, who are wracked by genocide, female genital mutilation, poverty and AIDs. Bewildered and demoralised, Elder Price and Elder Cunningham join the existing missionaries, resplendent in their starched white short sleeve shirts and black ties. Led by the deliciously camp Elder McKinley, the missionaries launch into a jaunty song about how they banish un-Mormon thoughts (about gay sex, domestic violence and cancer) as if they are turning out a light. Without giving away too much of the plot, there are several more memorable scenes, including a sexually-charged first baptism of African villager Nabalungi, and Elder Price's dream of hell, featuring his dad, Hitler, the lawyer who got OJ off, a murderer in orange death row overalls and giant Starbucks cups. Jesus, who bizarrely has ginger hair and likes posing, drops by to tell Elder Price he's "a dick". That's a pretty accurate description - Price believes being a devout Mormon will earn him eternal happiness in his beloved Orlando. 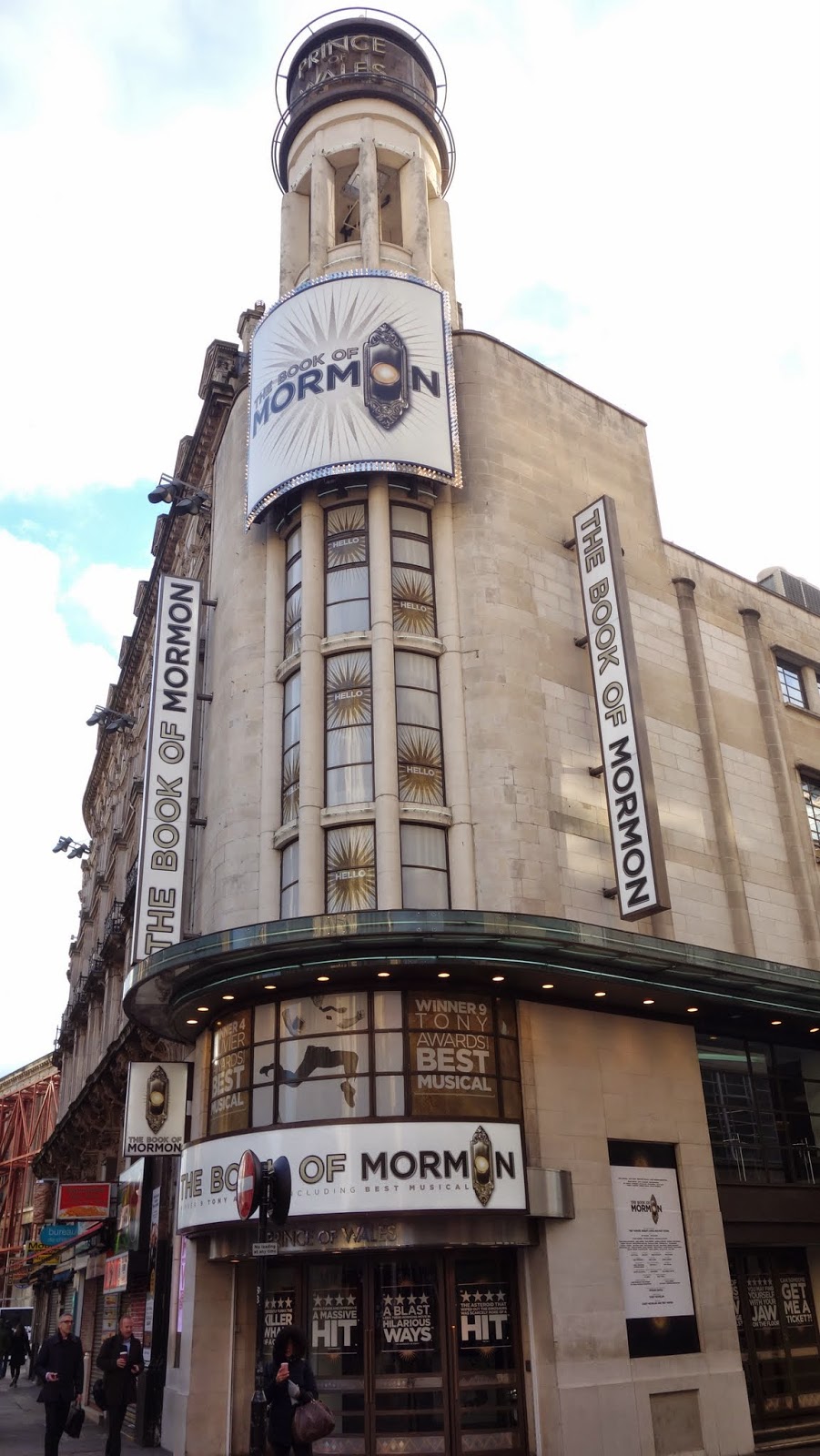 Although the Book of Mormon is superficially both funny and offensive, it also has a deeper message about the vital role of stories, lies, fabrications, myths and legends in human value systems and ideologies - people want to believe in something, be it Disney, Lord of the Rings, Star Wars or the nineteenth century Mormon prophet Joseph Smith. When one of the African villagers points out to Nabalungi that Salt Lake City is not a real place, it’s a metaphor, she nails it.

And this is a highly polished show. The evocative sets are brilliantly lit, while the music manages to be both uplifting and genuinely funny, with the lyrics playing verbal gymnastics to squeeze in unwieldily phrases, such as The Church of Jesus Christ of Latter-day Saints.  The only real flaws are an over-reliance on blasphemy, the slightly repetitive melodies and the rather unimaginative and predictable Ugandan General Butt-Naked. Still, the square-jawed Nic Rouleau, who might remind you of Brody in Homeland, gives a hilarious portrayal of Elder Price. Brian Sears, a dead-ringer for Austin Powers, is equally engaging and energetic as Elder Cunningham. Gabrielle Brooks, first cover for Nabalungi, has a beautiful smile and a beautiful voice.  Although the Book of Mormon's cavalier disrespect for organised religion will make many people uncomfortable, it is an exceptional and memorable musical. 8/10