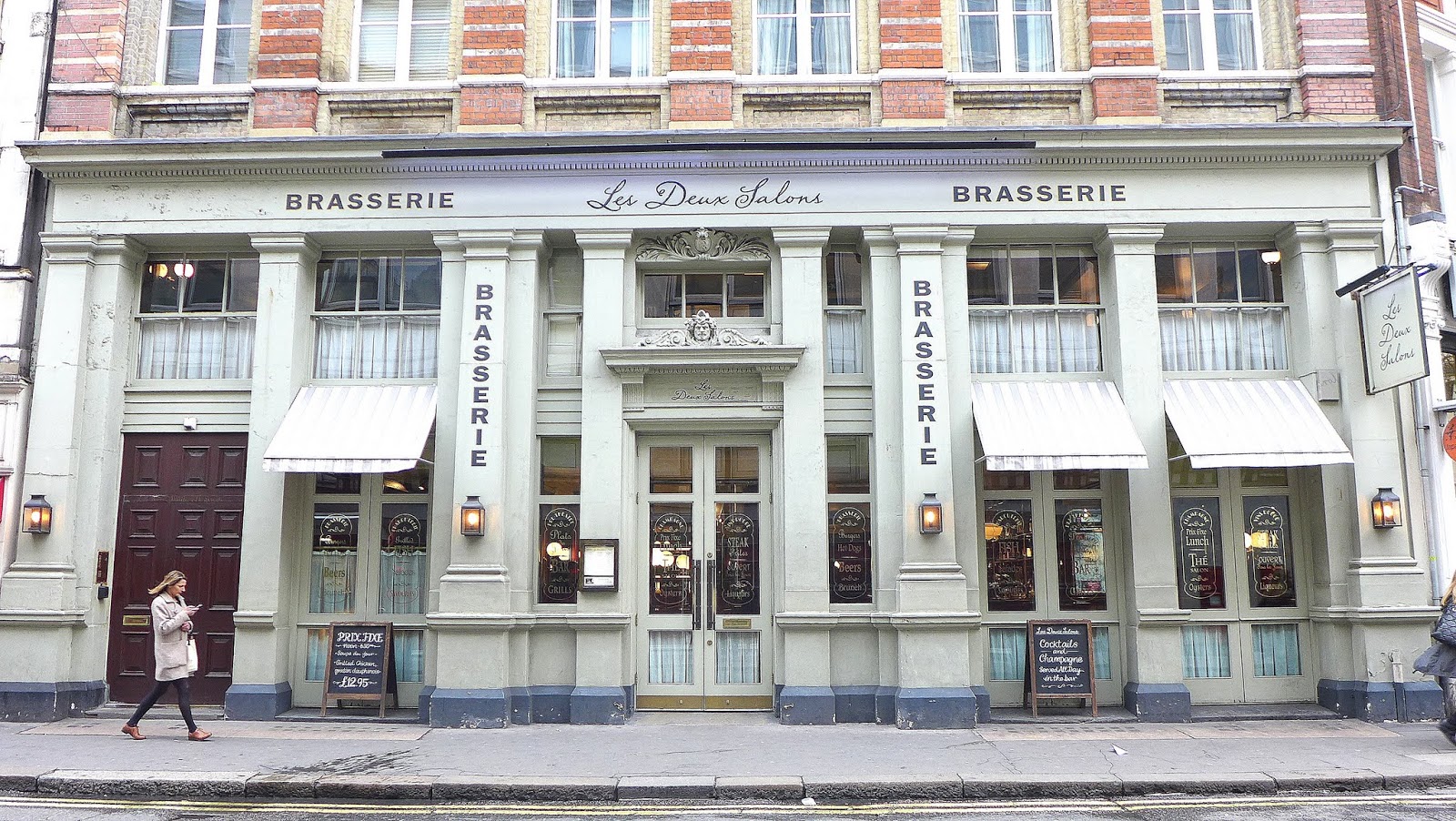 A little piece of Paris in London, Les Deux Salons is a grand bistro serving fine French food with the requisite touch of snobbery.  Beyond the over-staffed reception, the vast, two-storey, dining room and adjoining bar is a sea of wood-panelling, mirrors and spherical lights. With its tiled floor, it isn't exactly cosy, especially if it is far from full on a Friday night. Still, the skills of the chefs and the sommeliers more than compensate. Even the lower priced wines, which start at about £19 a bottle, are smooth and satisfying, while the cooking seems to be consistently good.
Among the starters, the grilled sardines (£6.95), served with capers, lemon, chilli and olive oil, are delicious and generous - there is plenty of fish to pick off the fine bones. For a main course, the slow cooked fatty lamb is melt-in-the-mouth good. It is served in a stew with potatoes and you can add side orders (£3.50 each), such as creamed or steamed spinach. The deserts are also steeped in French tradition - try the floating island, a meringue, served with sugared almonds, on a sea of custard.  If you don't want something sweet, the cheese board is generous and varied. It arrives with eight chunks of cheese, some creamy, some hard and some blue, accompanied by a basket of sourdough bread.

But Les Deux Salons does have some weaknesses - beer lovers have to make do with Meantime pale ale or lager in small bottles, while the waiters seem reluctant to produce tap water. It comes in posh pewter jugs, which aren’t left on the table - the staff, in their shirts and ties, insist on pouring the water into your glass.  Moreover, the punters can be a mixed bunch - towards the end of the evening you might even see a middle aged couple having a snog in the corner. 7/10