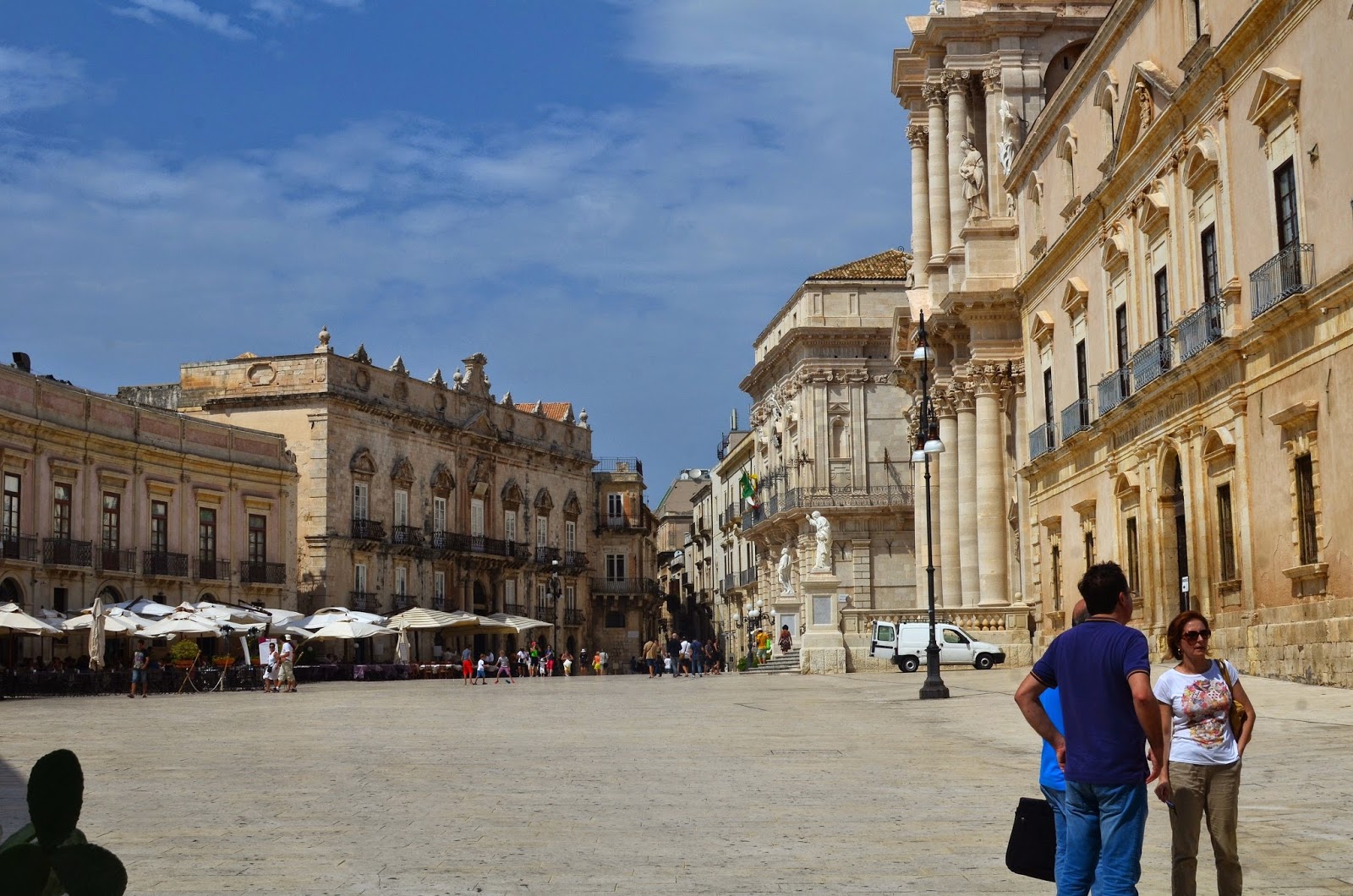 Lined with beautifully-carved buildings made from a creamy stone, Ortigia's Piazza Del Duomo is an incredibly well-preserved square that can rival some of the best in Europe. Shaped like an elongated triangle, it is a surprisingly light and airy space that breaks up the narrow streets in medieval Ortigia. Alongside the stately Duomo, which incorporates the remains of a fifth century BC Ionic temple, is the magnificent seventeenth century town hall and several grand palazzos.  Gleaming in the after-glow of restoration, the piazza is also home to the fine Baroque church Santa Lucia alla Badia. 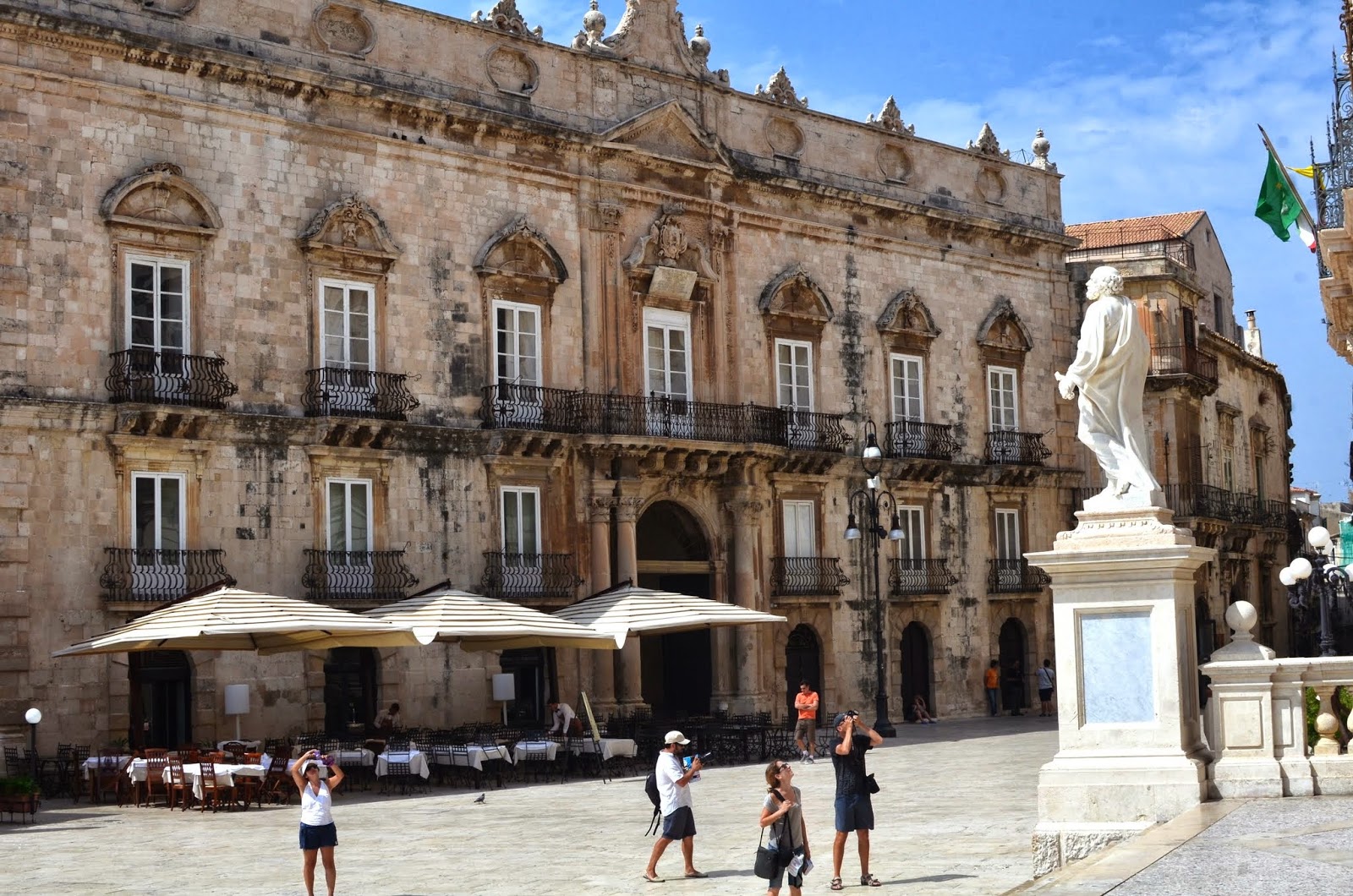 One of the grand palazzos facing the Duomo in Ortigia 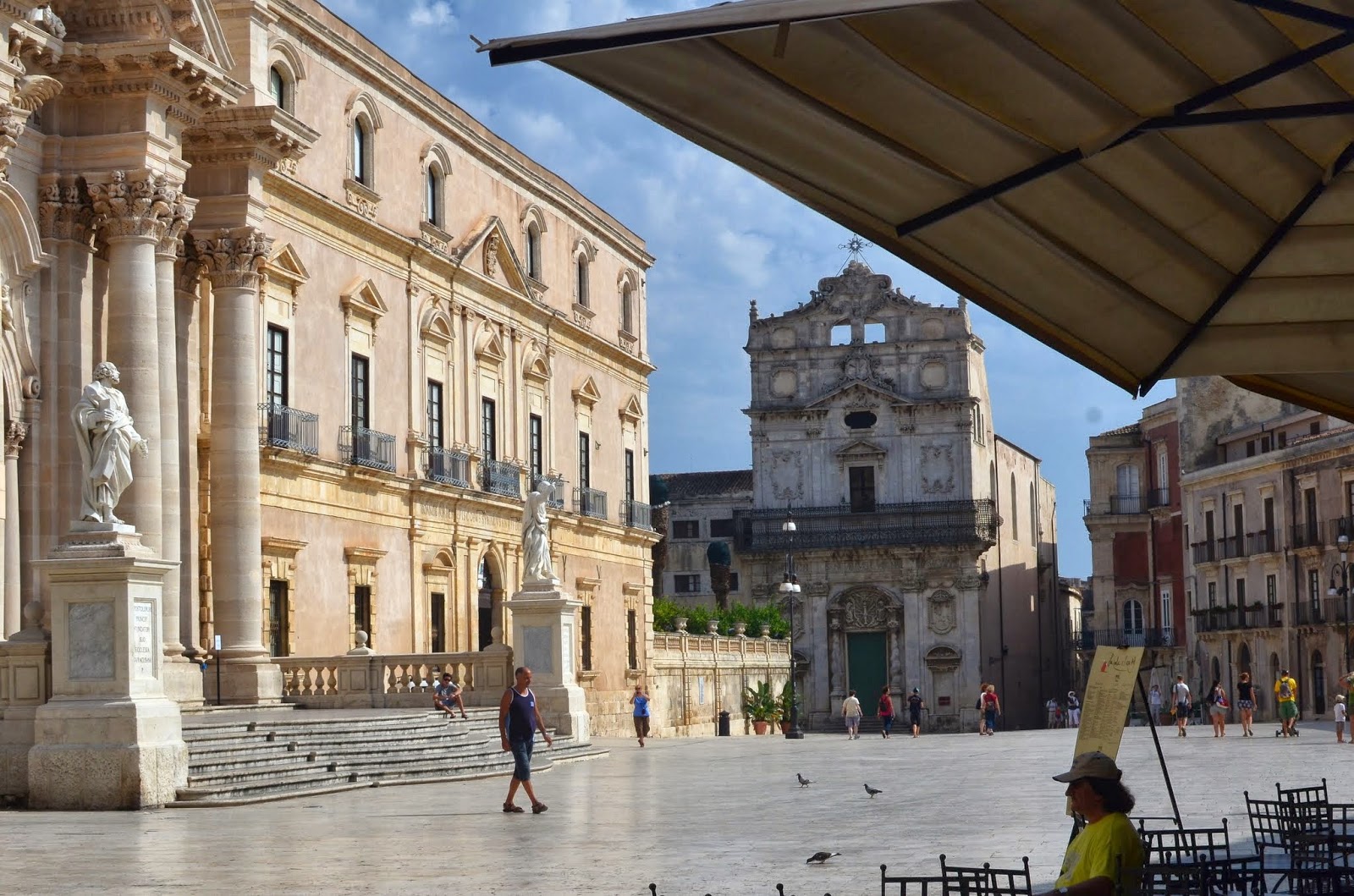