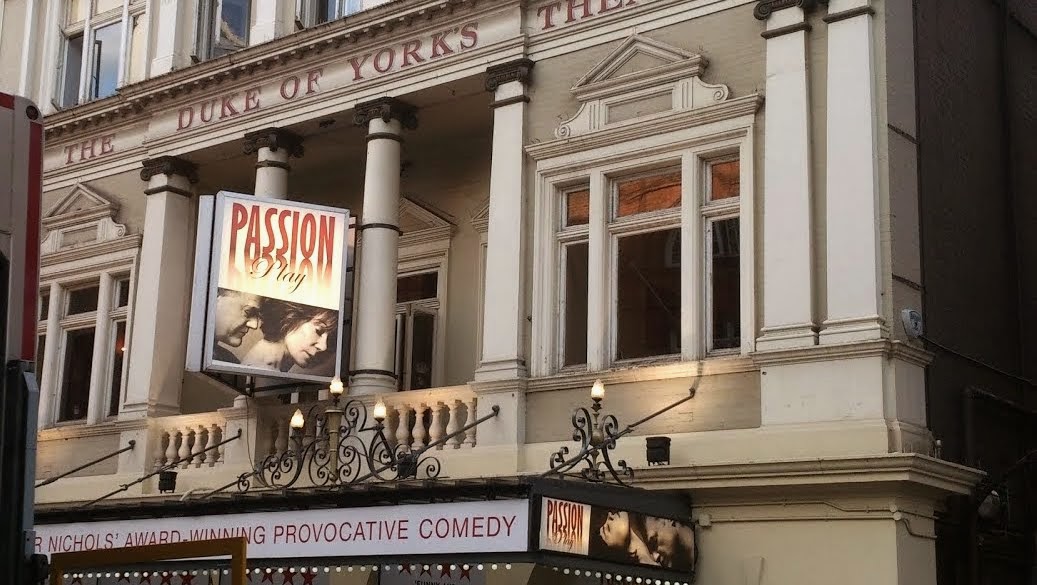 Intense, moving and entertaining, Passion Play is a powerful portrayal of the impact of a mid-life crisis, temptation and adultery on the middle aged. Written by Peter Nichols and first performed in 1981, the play depicts the tensions and contradictory impulses that can tear at a relationship when one, or both, spouses resort to deception and deceit to fulfil unrealised dreams and desires. Nichols makes clever use of alter-egos to create an extraordinary intensity - at times you have four actors on stage playing the two main characters, James and Eleanor: Emotionally-charged one-liners fly in all directions.  Although the plot is reasonably predictable, the script can sparkle. James' alter-ego, Jim, has some great lines and the playwright has a lot of fun contrasting what Jim thinks James should do with what he actually does.

While the first half has many comic moments, the second half is much darker and it tugs hard at your emotions. However, the plot does gets a little melodramatic towards the end, as Eleanor fumbles a suicide attempt and her alter-ego packs her bags and leaves home. Moreover, James' early naivety and Eleanor's total disintegration don't quite ring true - it is hard to believe that two charismatic and artistic people have led such insular lives up until the events in the play. You might also wonder why their children don't intervene when Eleanor falls apart. Still, these are minor quibbles.

Zoe Wanamaker gives an accomplished and assured performance as the wronged wife, without ever setting the stage on fire. Wanamaker's slightly clownish depiction of a tipsy Eleanor may undermine your empathy for the character and her pain. As Eleanor's alter-ego,  Samantha Bond is sharp, indignant and energetic - a stark contrast with the more insipid Eleanor. Annabel Scholey is a suitably sexy and curvaceous Kate - the temptress that lures James into the first infidelity of his 25 year long marriage. Although she flirts very convincingly and is in great shape, Kate lacks the charm and warmth of the other characters. Sian Thomas, a bitter sweet friend of Eleanor, does a watchable comic turn as Kate's first victim.


Oozing passion and pent-up frustration, Owen Teale is very convincing as James, an unfulfilled and sexually-charged fiftysomething who needs to get out of the house. Equally, Oliver Cotton is brilliantly expressive as his alter-ego, shaking his head in disbelief as James ignores his advice and then smoothly switching sides to help James try and deceive Eleanor. His panicky commentary will make you chuckle. "You're talking too much," he tells James. "You don't normally talks this much" Then moments later: "You're not talking enough."


To a modern audience the mechanics of the affair can seem rather quaint - James goes jogging with 10 pence pieces in his pocket so he can use the phone boxes while jogging on the common to call Kate. He gets found out when a love letter goes astray - but you can imagine a passionate SMS or email being intercepted in a similar fashion. The expert stage management at the distinguished Duke of York Theatre really enhances the sense of drama - scene changes are marked by a blast of operatic music - reflecting the passion on stage.  Moreover, the lighting is bold and the set is slick, shifting effortlessly between a restaurant, art gallery and the home of the main characters, in sharp contrast with James' woeful failure to fulfil the two women in his life. 8/10