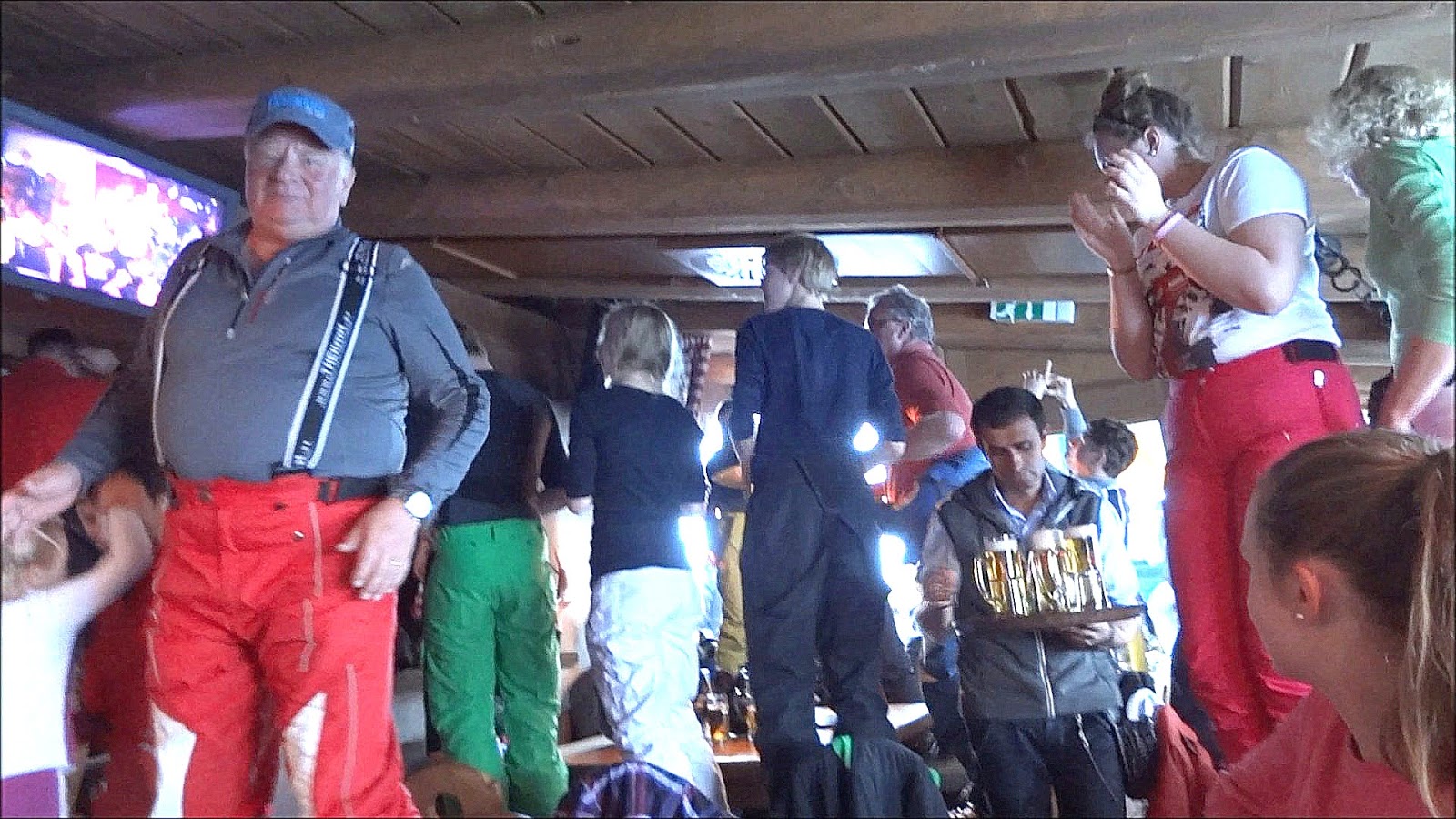 A well-oiled operation, Die Nederhütte seems to feed hundreds of hungry skiers every lunchtime with wholesome food served at speed.  The goulash soup (7 euros), containing a chopped up frankfurter, is salty, meaty and tasty.  The cheese dumplings, served with parmesan cheese, salad and beetroot, get good reviews. The children's spaghetti bolognese is huge. While the food is fine, it is something of a sideshow to the apres ski - the Nederlumpen, the house band, led by the owner, cranks out rock music for a couple of hours, several times a week. Kicking off around 4.30pm, their set, a frenetic mix of unrecognisable Austrian numbers and well-known classics, such as I'm Gonna Be by the Proclaimers and Surfin USA by the Beach Boys, has the clientele (including the odd pensioner with only one leg) dancing on the tables in their ski boots, their helmets hanging from the rafters. With the place throbbing, the waiters in their leather waistcoats weave through the dancers, keeping the beer and schnapps flowing. To get a seat, you may have to get to Die Nederhütte by 3.30pm or so. Around 6.30pm, half the place empties. The happy punters either ski the floodlit blue piste back into Obergurgl still singing or catch the ski-doo laid on by Die Nederhütte. Unforgettable. 9/10 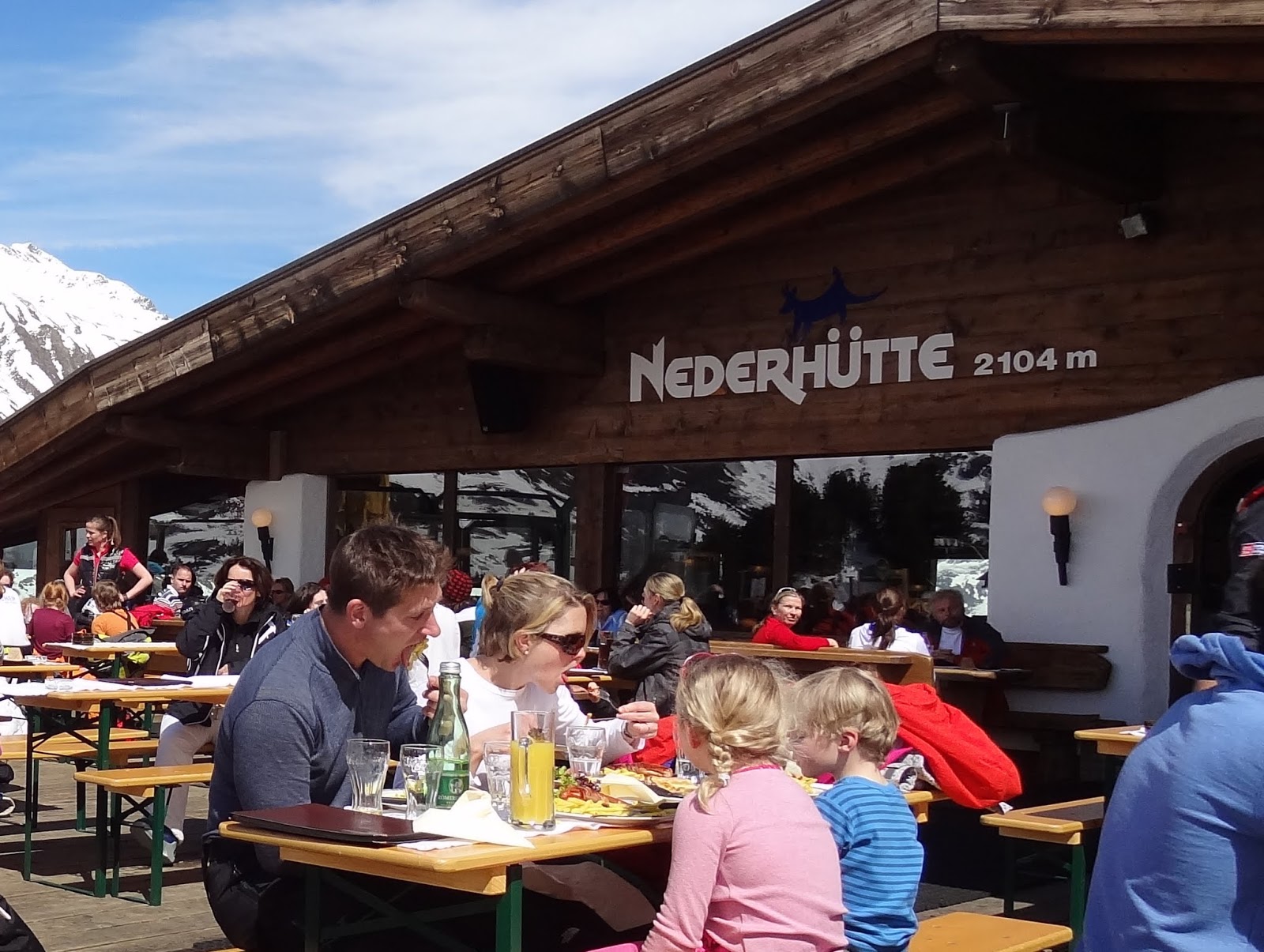