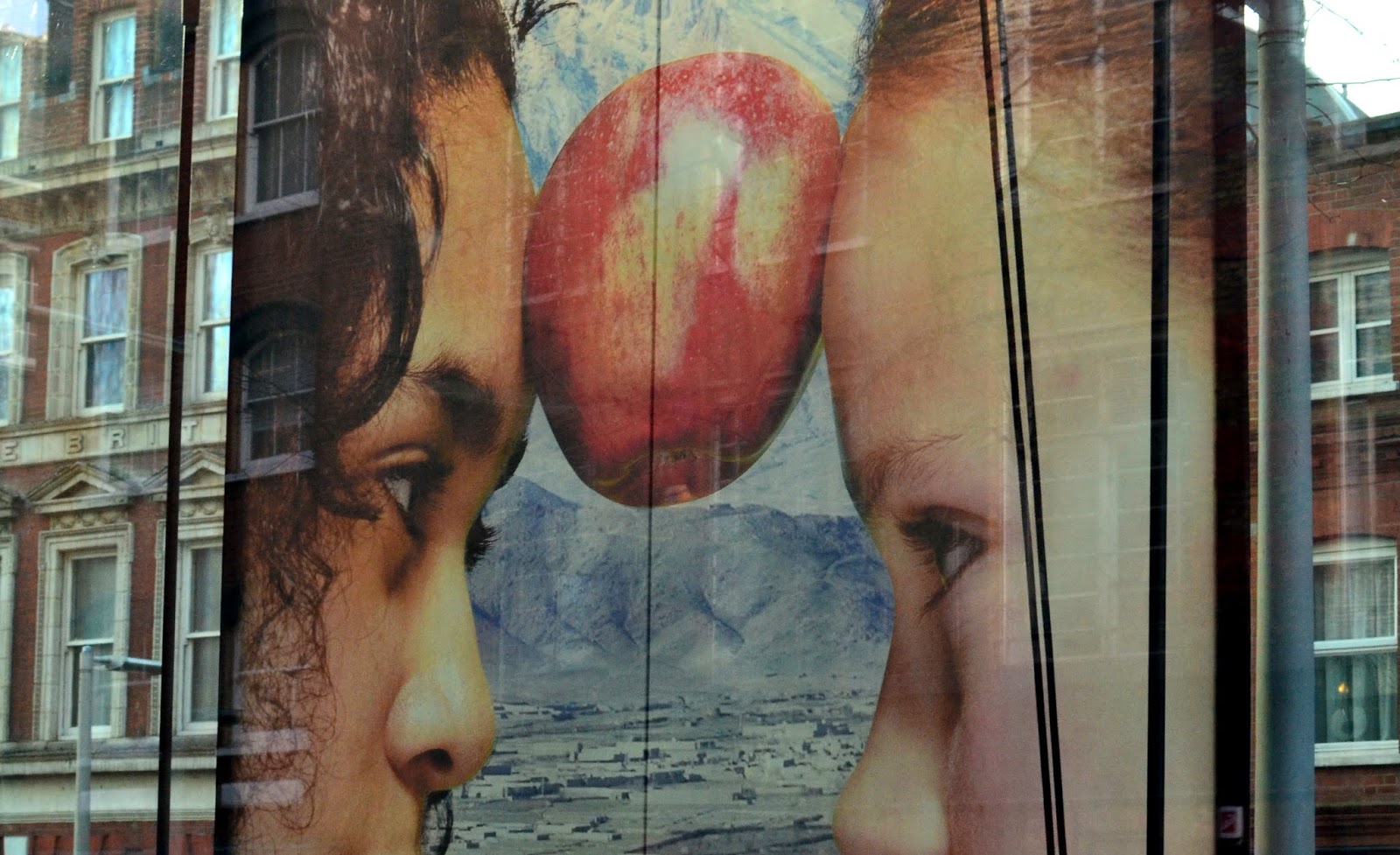 Aimed at children aged six or over, 1001 Nights is an enthralling juxtaposition of the power of the imagination with the modern world of mobile phones and international travel. Telling fantastical stories drawn from the Arabian Nights folk tales, the three actors carry you into their imaginary world using random everyday objects, such as a pan, and garbage for props. But every so often, one of their mobile phones rings, or they break into contemporary jargon, bringing you back abruptly into the modern world.  The simple story begins in Damascus,  where war breaks out, forcing a vizier and his daughter to flee, leaving the passport-less mother behind.  They end up in England, with the depressed vizier doing a dull desk job and the book-loving daughter swapping fantastical stories with streetwise locals.

Extraordinary energy
Occasionally, the script resorts to toilet humour - farts feature prominently in two of the stories - to conjure up laughs from the young audience, but without quite losing the magical quality that pervades this production. The cast gets very able support from the special effects department - snow flutters down from the ceiling, lights sparkle from a disco ball and an air vent turns a sheet of plastic into a billowing demon. Dramatic music and a metronome voiceover, counting down the nights since the family left their mother, are used to good effect. Each member of the cast has a different style - Thomas Padden, the softly-spoken father, paces his performance well, while Ritu Arya is subtle, understated and compelling as both a Syrian mother and an English teenager. Danusia Samal plays the daughter with extraordinary energy and enthusiasm, while still managing to emanate wisdom - her high-tempo telling of the tale of the envied and the envious is a tour de force. 1001 Nights should easily hold the attention of eight year olds for the entire 70 minutes. 8/10