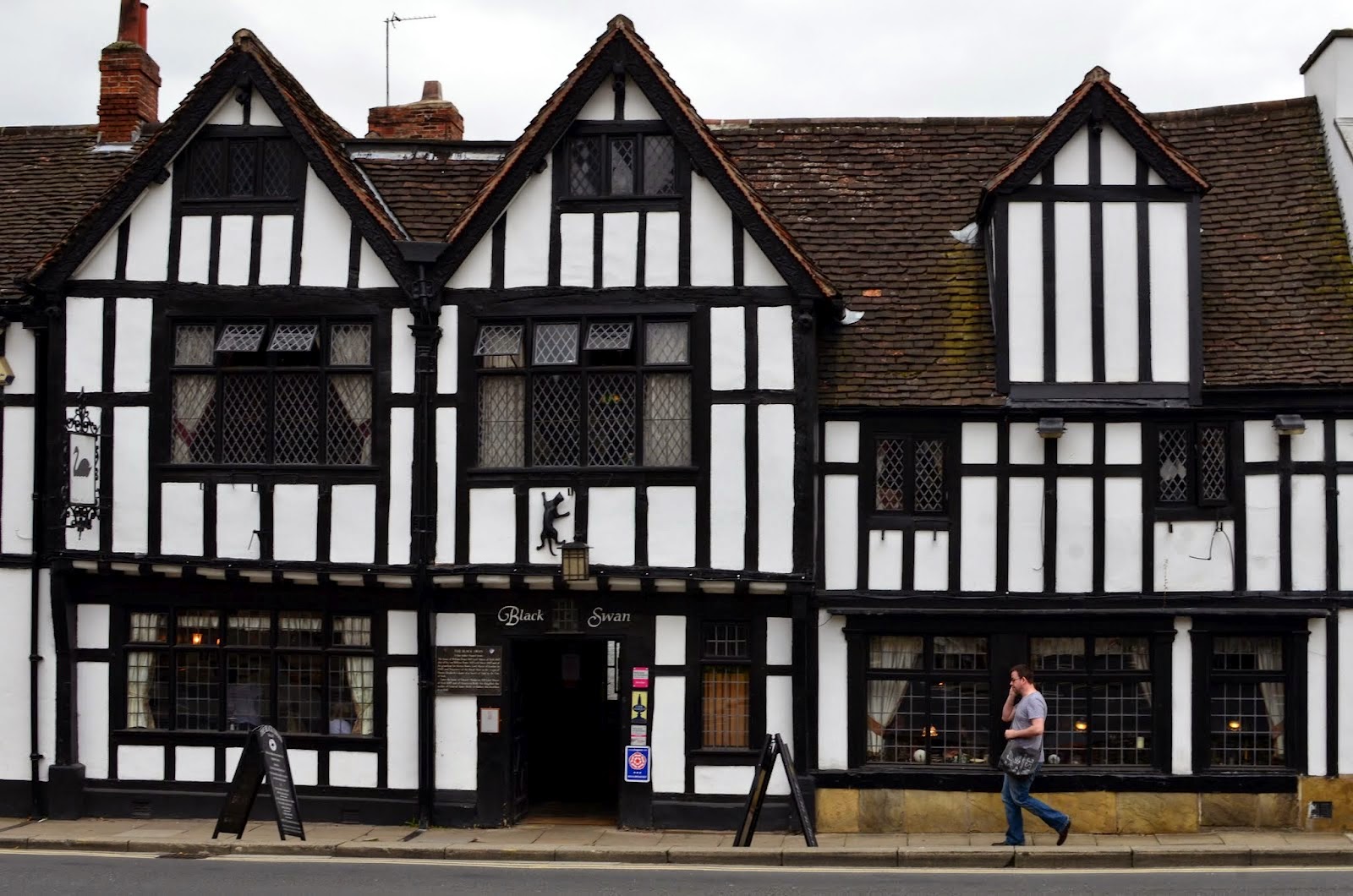 A distinctive timber-framed pub with lead-paned windows standing in a desolate corner of York's medieval centre, the Black Swan is well worth seeking out. Its ancient rooms are dark and atmospheric, seemingly blackened by the ages. Ideal for a winter's night, but less appealing on a summer afternoon.  There is a beer garden, but it is small and a bit uncomfortable - you have to sit on fixed benches attached to tables.  Don't let that put you off - the food is hearty and the beer well cared for. Great value for £9.25, the steak and stilton pie, with fluffy pastry, is very large and very rich - the succulent meat somehow overwhelms the cheese. It is served with peas and a rich gravy that is ideal for dipping the chubby chips in. The other pies are also very substantial and can be served with mash and vegetables, if you prefer. Even the sandwiches are bulging with rich red meat, such as three slices of thickly-cut ham. On draught, the Black Swan has Theakston's XB, a very smooth pint, as well as Golden Pippin, which has more flavour, but isn't quite as drinkable. If you prefer something sweeter, there are giant bottles of pear cider. Almost untouched by the ravages of time, the Black Swan is a perfect pit stop for anyone walking York's medieval walls. 8/10