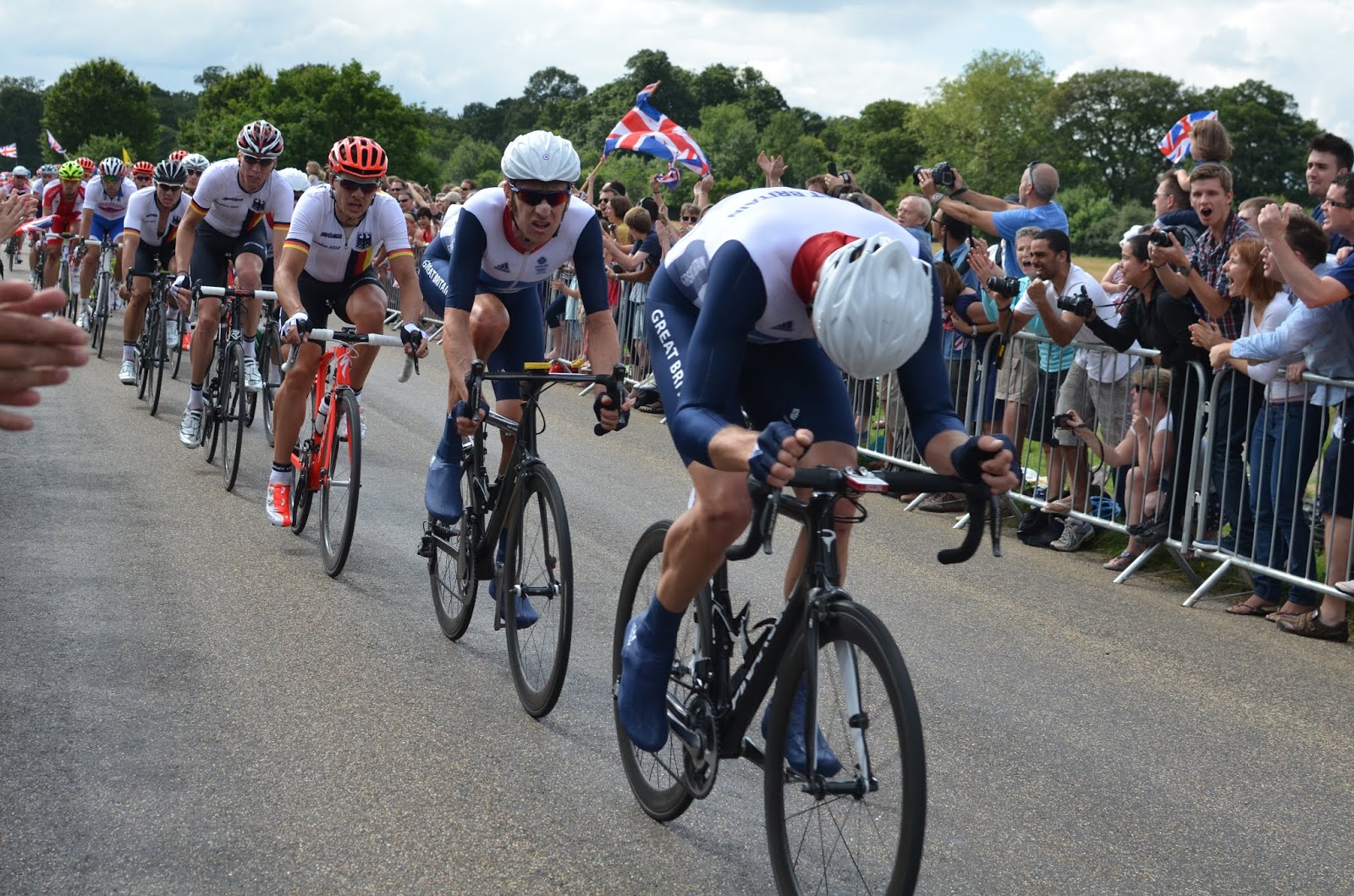 In Richmond Park, Ian Stannard and Bradley Wiggins try and put the peloton and Mark Cavendish back in touch

Samba on the South Bank 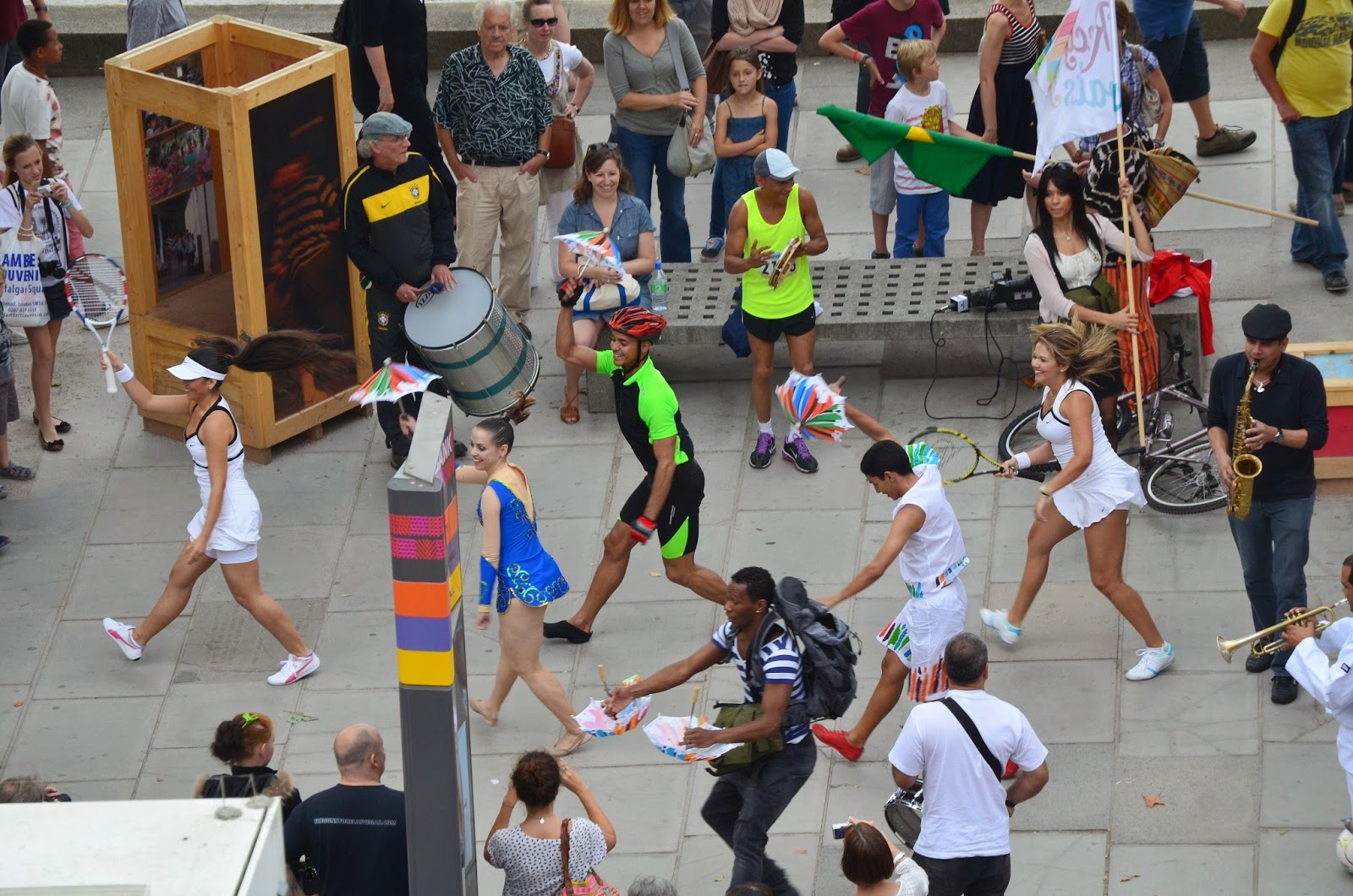 Promoting Rio, during the London Olympics, Brazilians do their thing outside the Royal Festival Hall.

The Penultimate Leg of the Olympic Torch's Journey 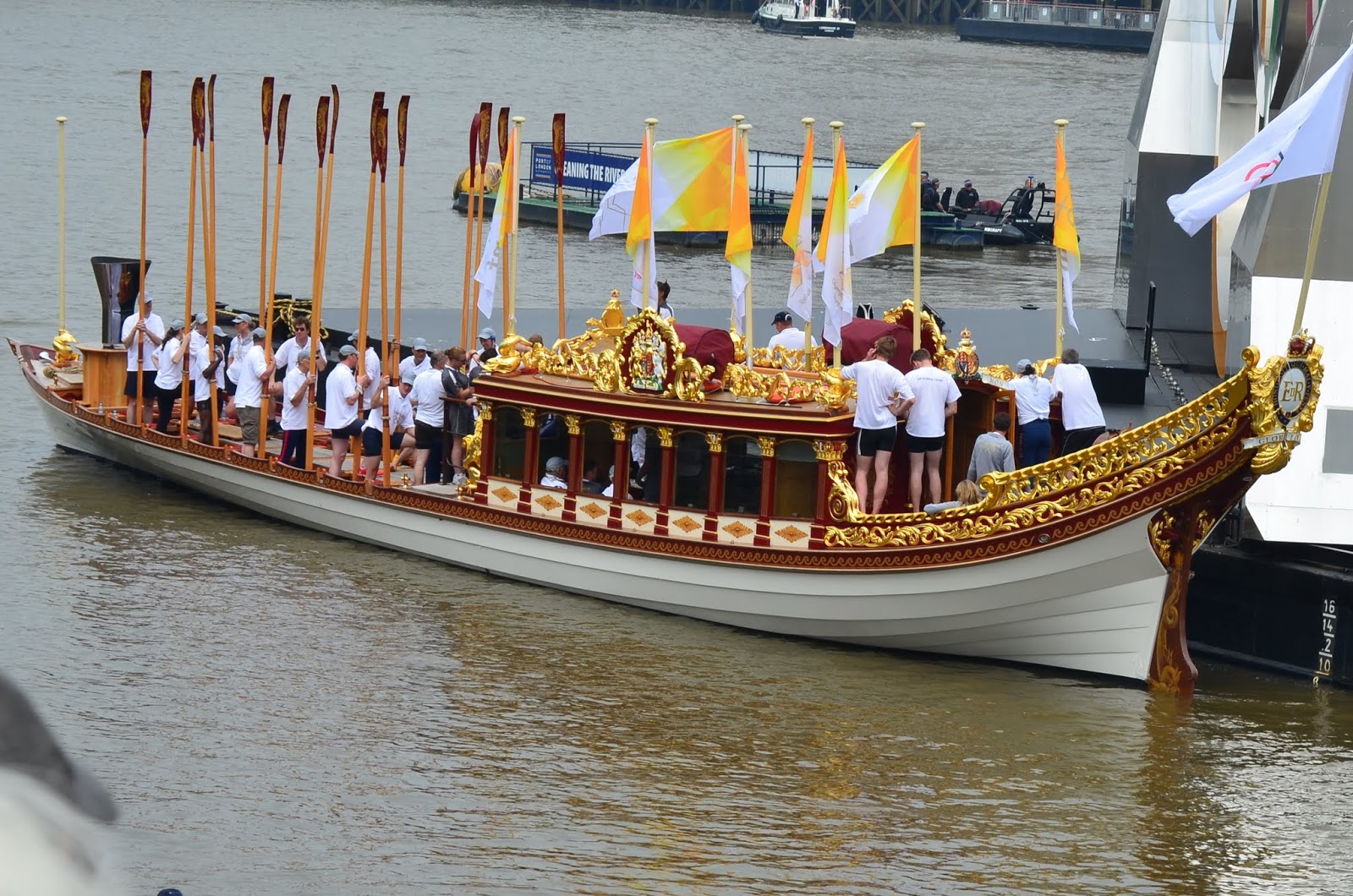 The Olympic torch arrives at City Hall in style, while multinational spectators look on.
See more

Sunshine on the South Bank

Drinking in the sun 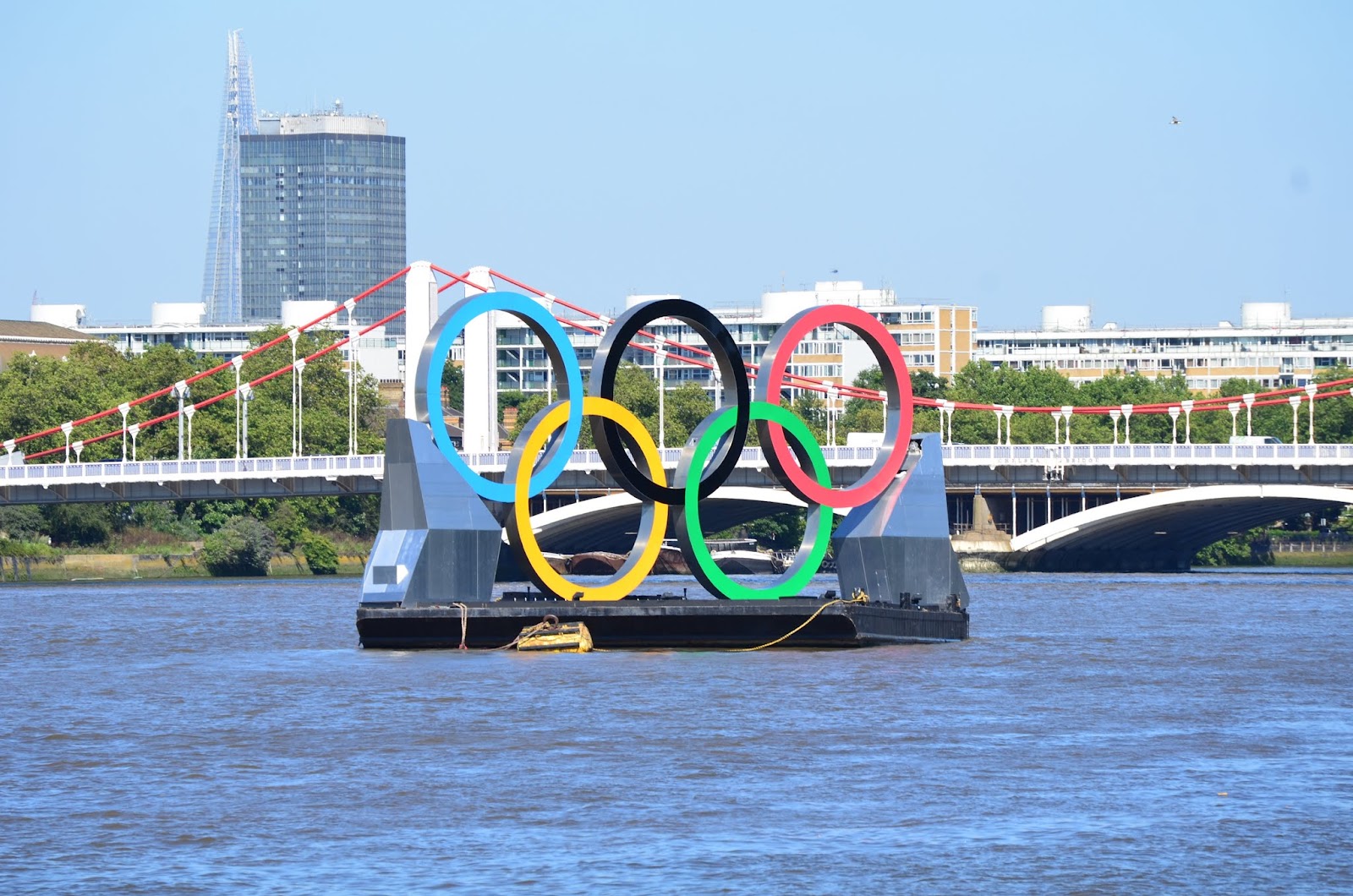 The Thames sports the Olympic Rings, while Sloane Square flags the influx of visitors.
See more 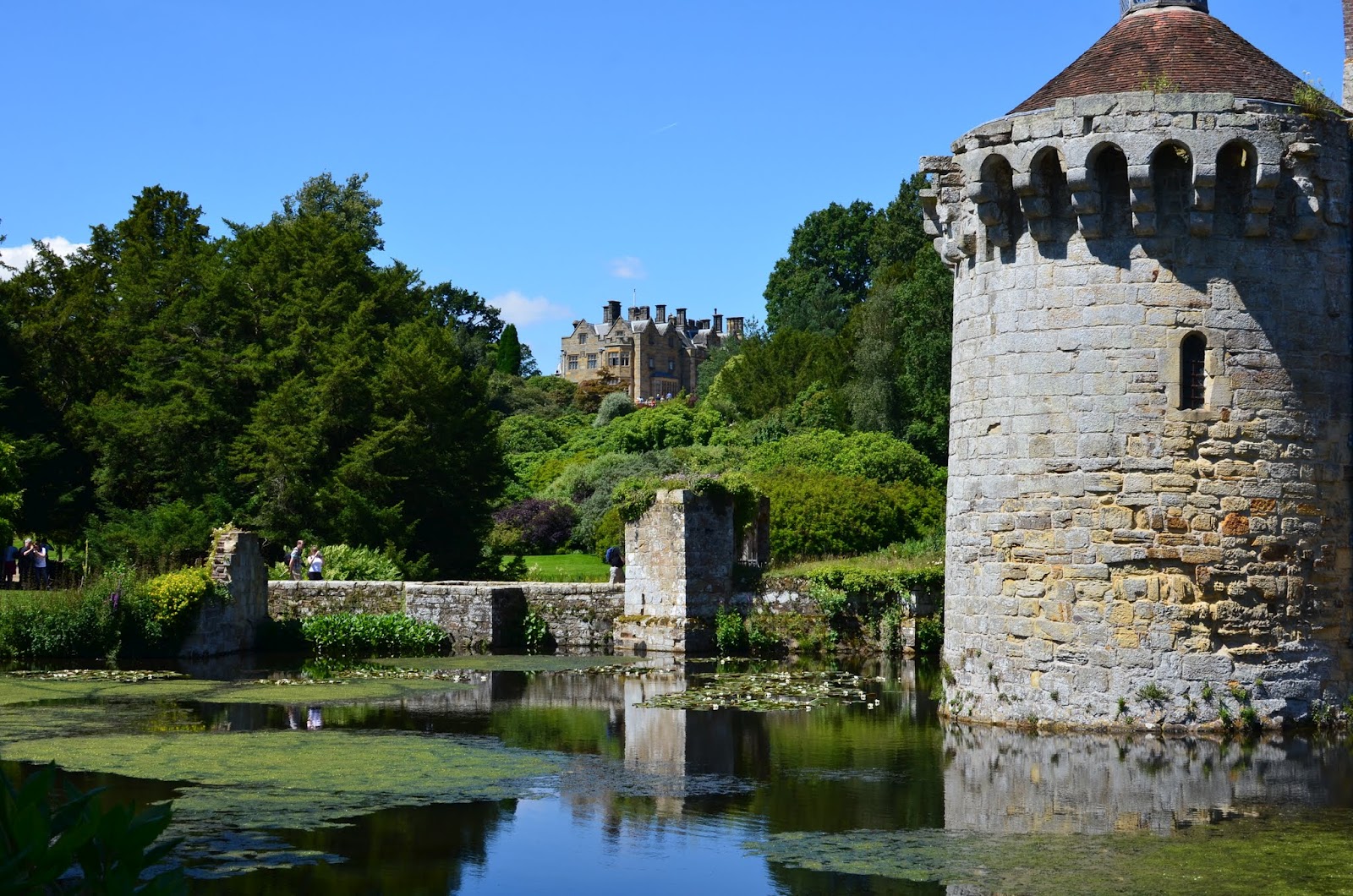 One of the most idyllic of the National Trust properties in the south east of England, Scotney Castle's 770 acres of woodland and parkland contain both a substantial Victorian country house and the remains of a fourteenth century moated castle. The stone solidity of the stately home contrasts with the  crumbling curves of the castle nestling in the valley below. Although the terrace of the austere and angular house is bare and forlorn, it does afford tantalizing glimpses of the intricately tiled turret and pitched rooftop of the fairytale castle. You can follow a meandering path down through the verdant gardens to the wide, peaceful moat, which can be covered in waterlilies. One side of the castle is a ruined shell, which forms a picturesque stone scaffold for the mature trees, shrubs and flowers growing in amidst the old stone walls. The other side of the castle is still intact and you can explore the charming Elizabethan brick house built next to the medieval conical tower. Although it oozes atmosphere, the interior is barely furnished, with just the odd remnant of centuries past, such as the antique wooden toilets, buzzing with flies, and an ancient pram. 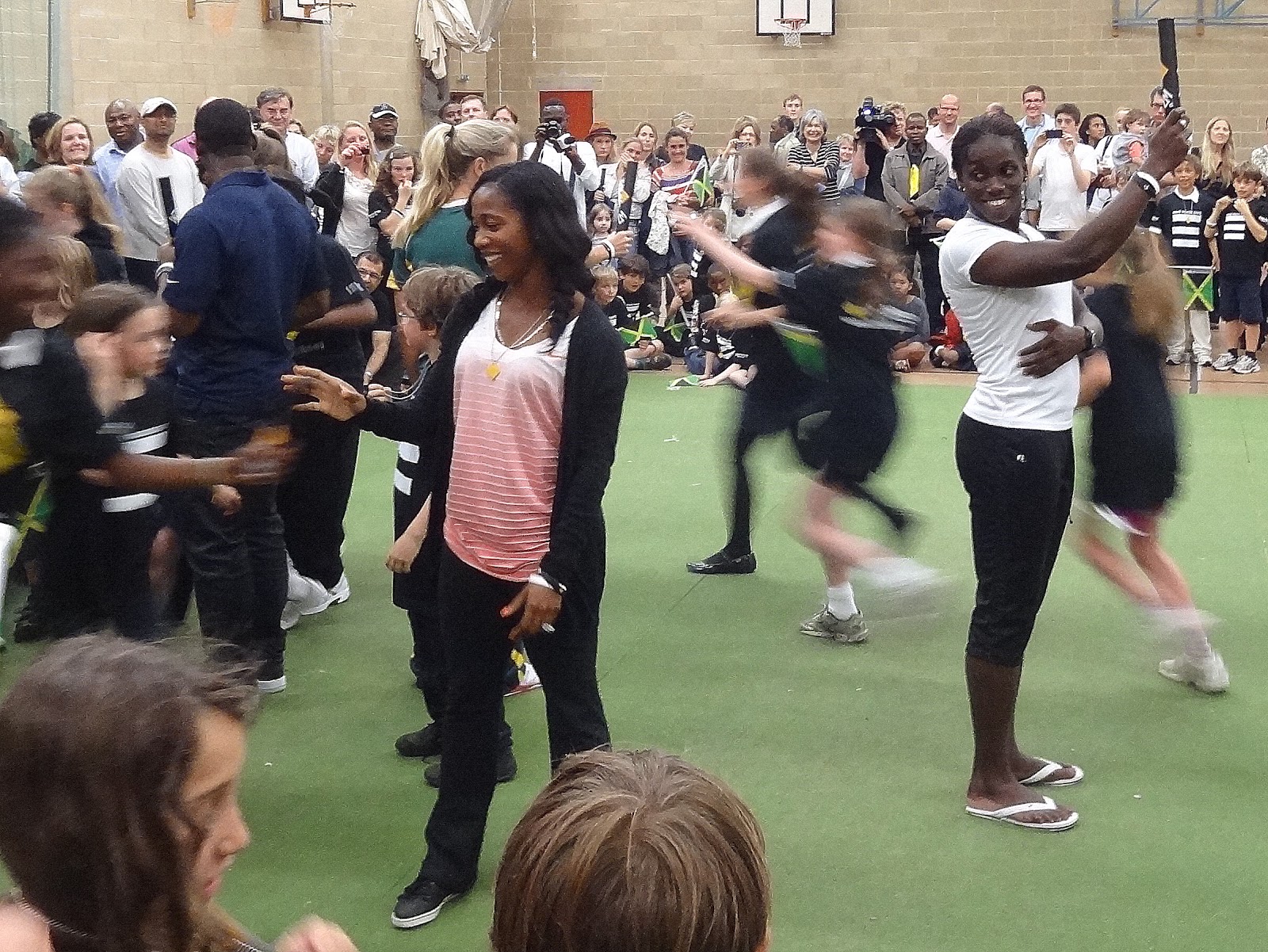