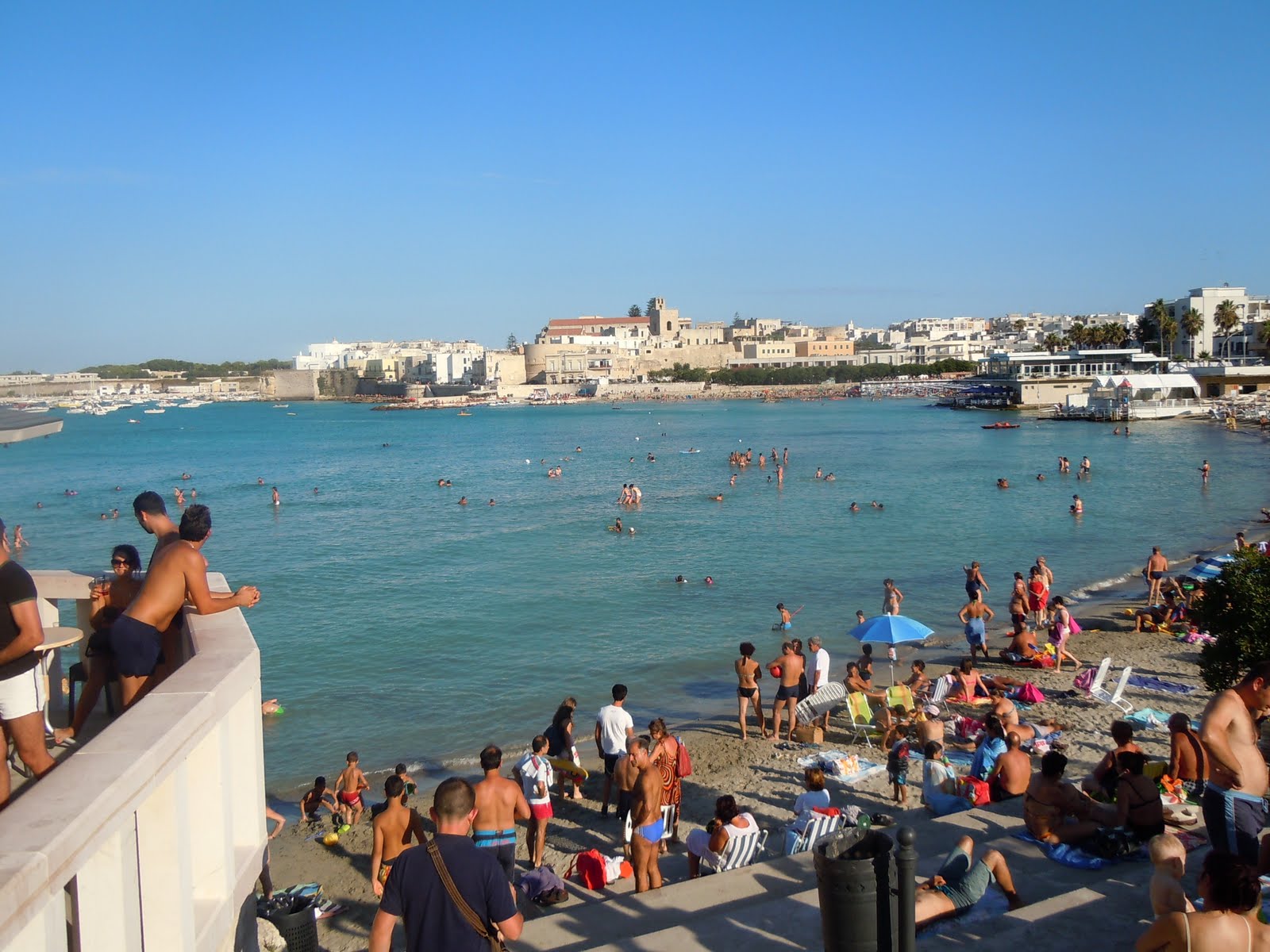 A deserved tourist trap, Otranto’s heavily-fortified old town overlooks a picturesque bay containing a handful of small beaches. A narrow, but pleasant, park connects the new town to the historic centre hugging the shore line. If you pass through the ancient stone gateway to the old town in the early evening, you’ll likely join a steady stream of tourists going up and down the narrow streets lined with ho-hum restaurants and souvenir shops. Still, there is plenty of history and atmosphere to soak up – the cathedral, dating from the eleventh century, has a beautiful rose window above its massive doorway and an eyecatching mosaic floor. Otranto also boast a forbidding Aragonese castle encircled by a deep moat, now with a grassy base. In the summer of 2011, the castle hosted a Dali exhibition promoted by a stream of seemingly flying chairs strung from the parapets.


Crowded beaches
From the lanes and bridges around the castle, you can see the scores of bathers and boats bobbing in the bay. It is also worth venturing down to the broad stone promenades flanking the city walls, where you will find a striking old statue and room to move. From there you can stroll around the bay, past the popular volleyball court, the small and crowded public and private beaches, and up the steps to the tiny chapel. Try and grab one of the sought-after park benches in the chapel’s shady garden and admire the sweeping views across to Otranto. There are also a couple of appealing bars and restaurants up here, but the most popular place to eat seems to be the cheap and cheerful pizzeria in the gateway to the old town. Despite the crush of tourism, Otranto is worth at least an afternoon of anyone’s time. 7/10