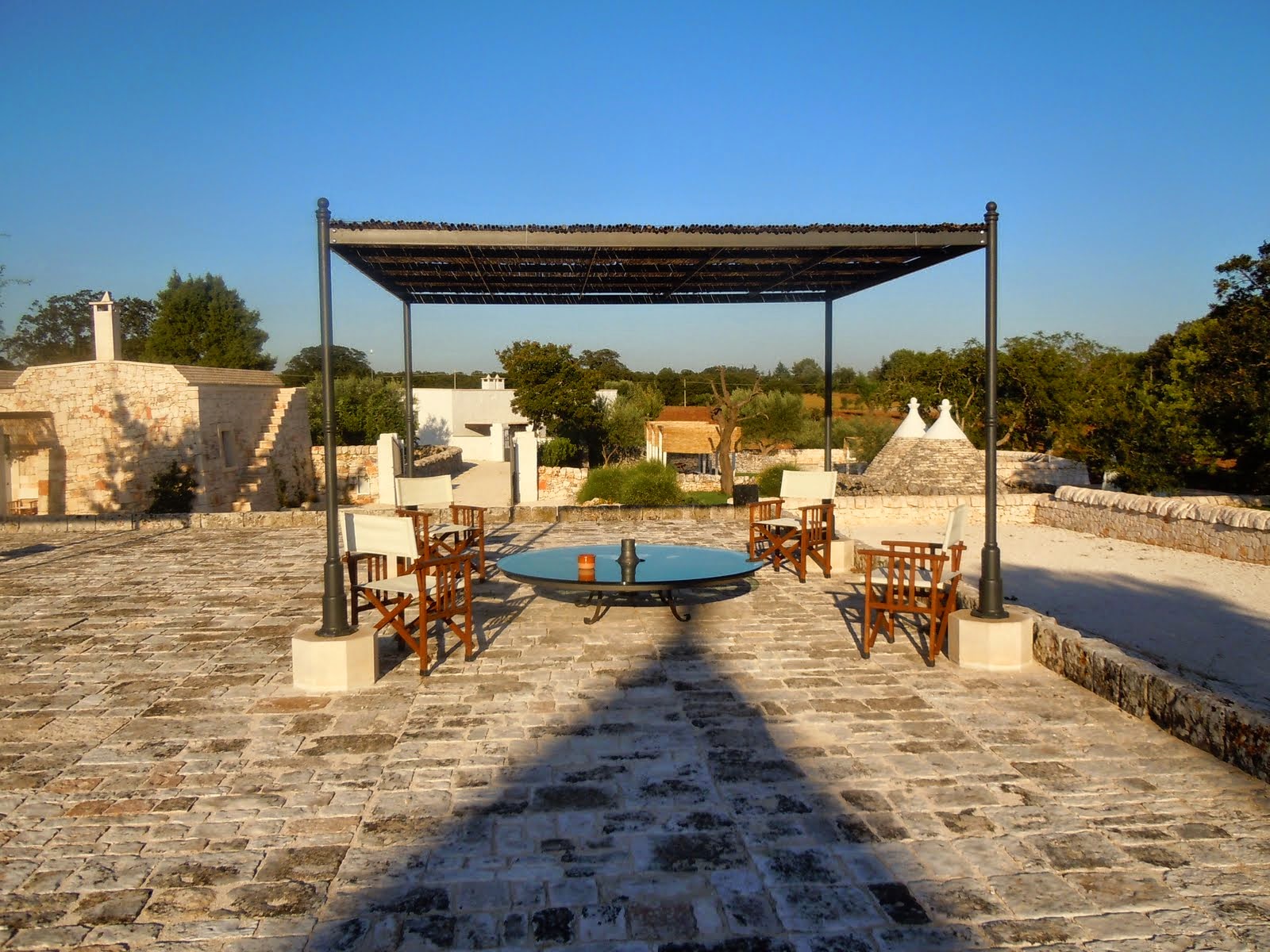 Only a few miles out of the fine town of Martina Franca, Masseria Fumarola is an upmarket hotel set in extensive, pristine grounds. The white-washed main building, which has a comfortable and stylish lounge, is housed in a cluster of converted trulli, each topped with the distinctive white egg cup shape stones. In front of the hotel, raised stone terraces with smart gazebos sheltering glass tables, rise like islands out of a sea of white shingle. Some of the grounds are given over to carpet-like lawns, punctured by the occasional mature olive tree (one of which is dead) and bordered by low and neat stone walls. A safe distance from the hotel is a curvaceous pool surrounded by white stone. The overall effect is striking and architectural, but rather stark. Moreover, the hotel’s high prices can leave the place feeling rather empty and lacking in atmosphere.


Tasteful and restrained
One of Masseria Fumarola’s two family suites has two floors. Upstairs, on the mezzanine level, are two cosy bedrooms with very sturdy wooden floors, a digital radio and cloistered stone ceilings. Downstairs, is a lounge with a flat screen TV and a smart bathroom with a shower. Well-made from solid and mostly natural materials, the furniture and décor is tasteful and restrained. The suite is also equipped with a sophisticated air-conditioning system, which requires you to keep the windows shut. You eat breakfast on white tables on a fawn stone terrace shaded by another pagoda. The impressive buffet features cakes and tarts, cheese, croissants, fruit, ham, cereals and juice, while the dour waitresses serve half-decent coffees. The reception staff are much more cheerful, while the gardener who meets you in the car park, insists on carrying all your bags on his golf cart. Masseria Fumarola is smart, but expensive and a little clinical. 7/10