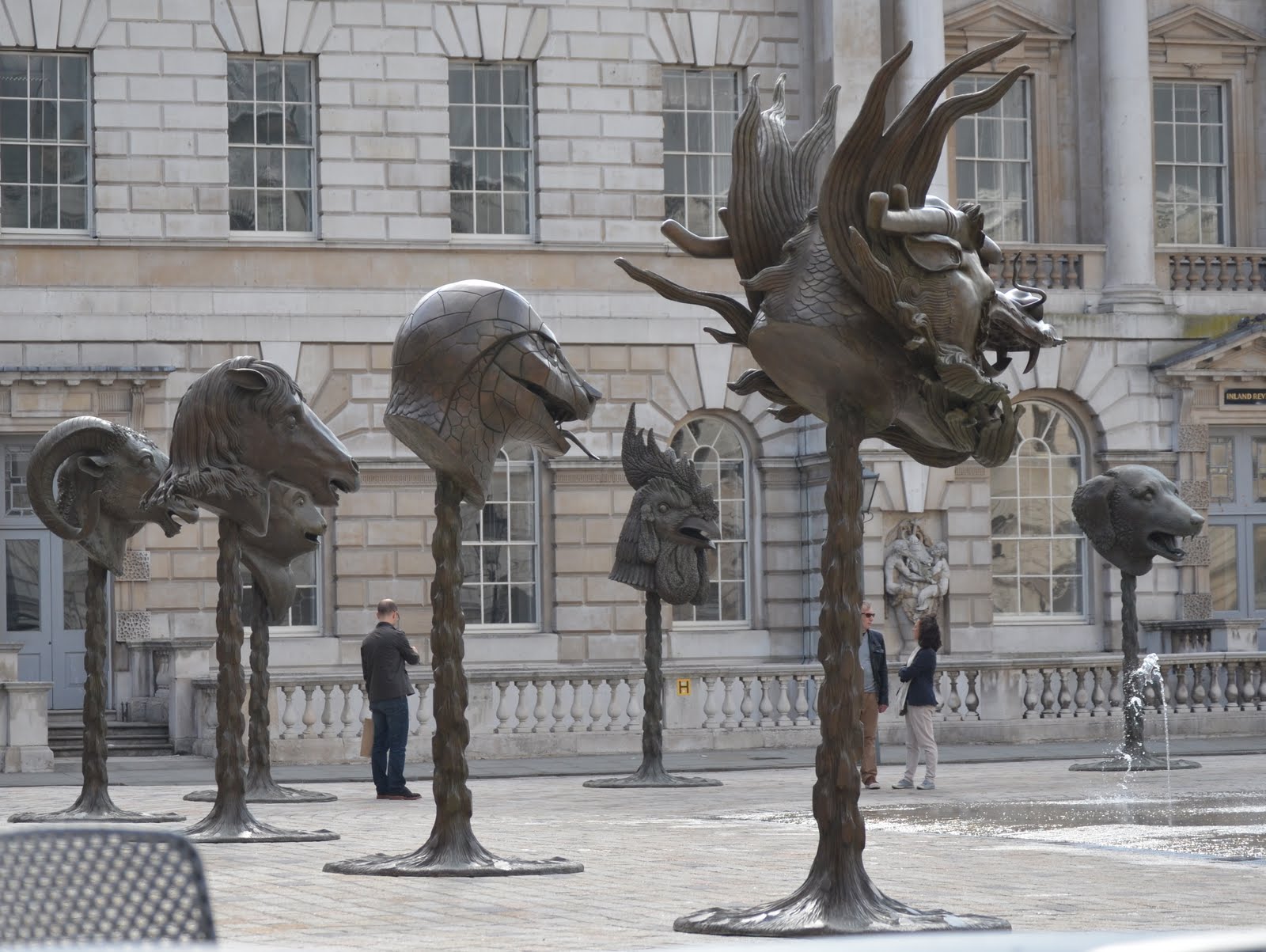 The eighteenth century neo-classical courtyard of Somerset House was well worth seeing even before 12 striking and detailed sculptures of animals in the Chinese Zodiac took up temporary residence here. Designed by dissident Chinese artist Ai Weiwei, these big and bold bronze busts look superb against a backdrop of arched sash windows, stone pillars, bricks and paving stones. Some of the animal heads, such as the dragon and the bear, are snarling and look pretty ferocious, while others, such as the pig and the horse, are more serene. Apparently, they are re-creations of eighteenth century sculptures which once adorned the fountain of Yuanming Yuan, an imperial retreat in Beijing. Mounted on six foot plinths, the animals are arranged around three sides of the square, overlooking the grid of fountains in the centre of Somerset House. On a warm day, you can sit and admire Ai Weiwei's work, while your children get soaked weaving in and out of the shoots of water, which jump unpredictably. Unfortunately, the Circle of Animals, a free exhibition, will leave London on the next leg its world tour on June 26th. 8/10 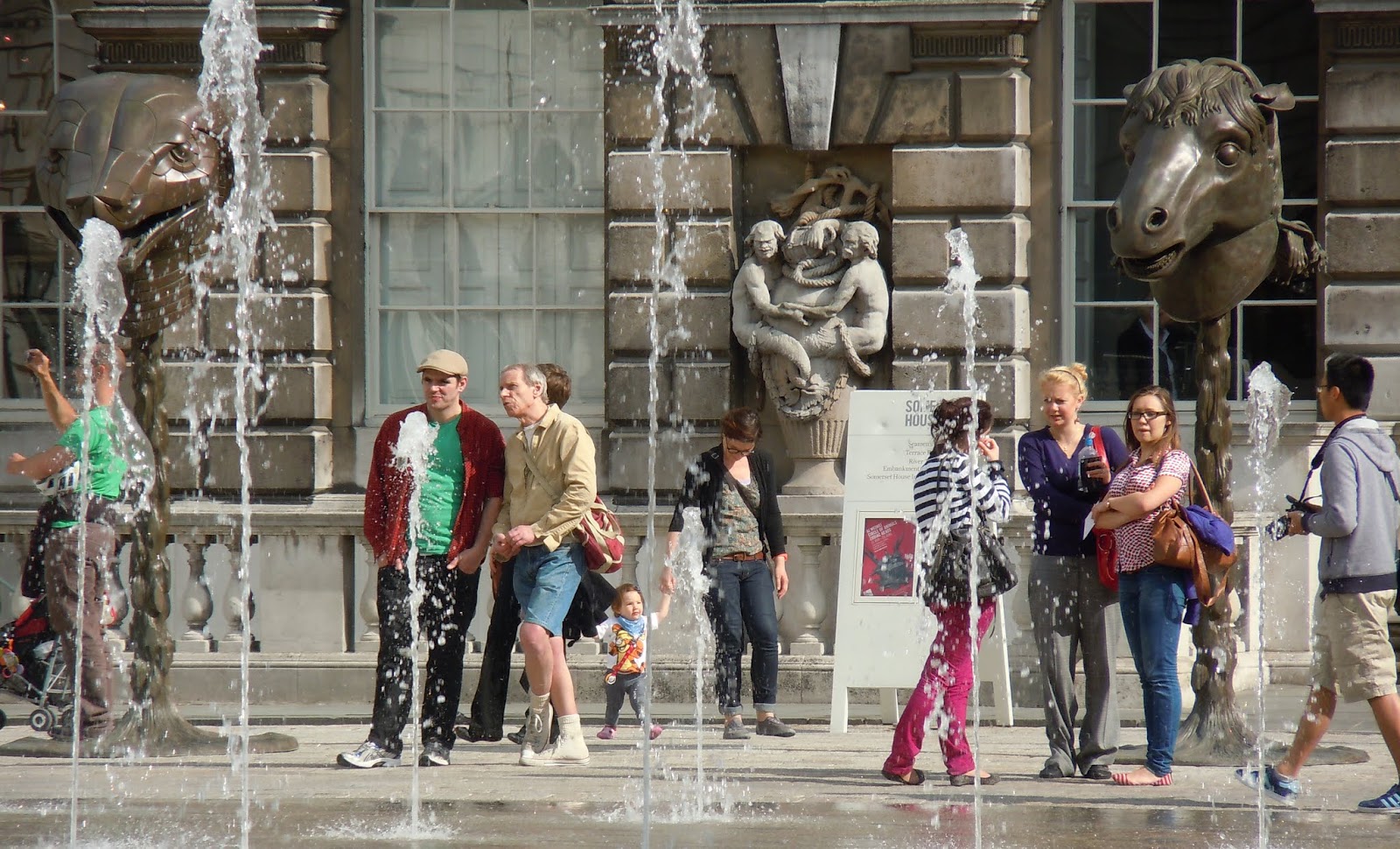 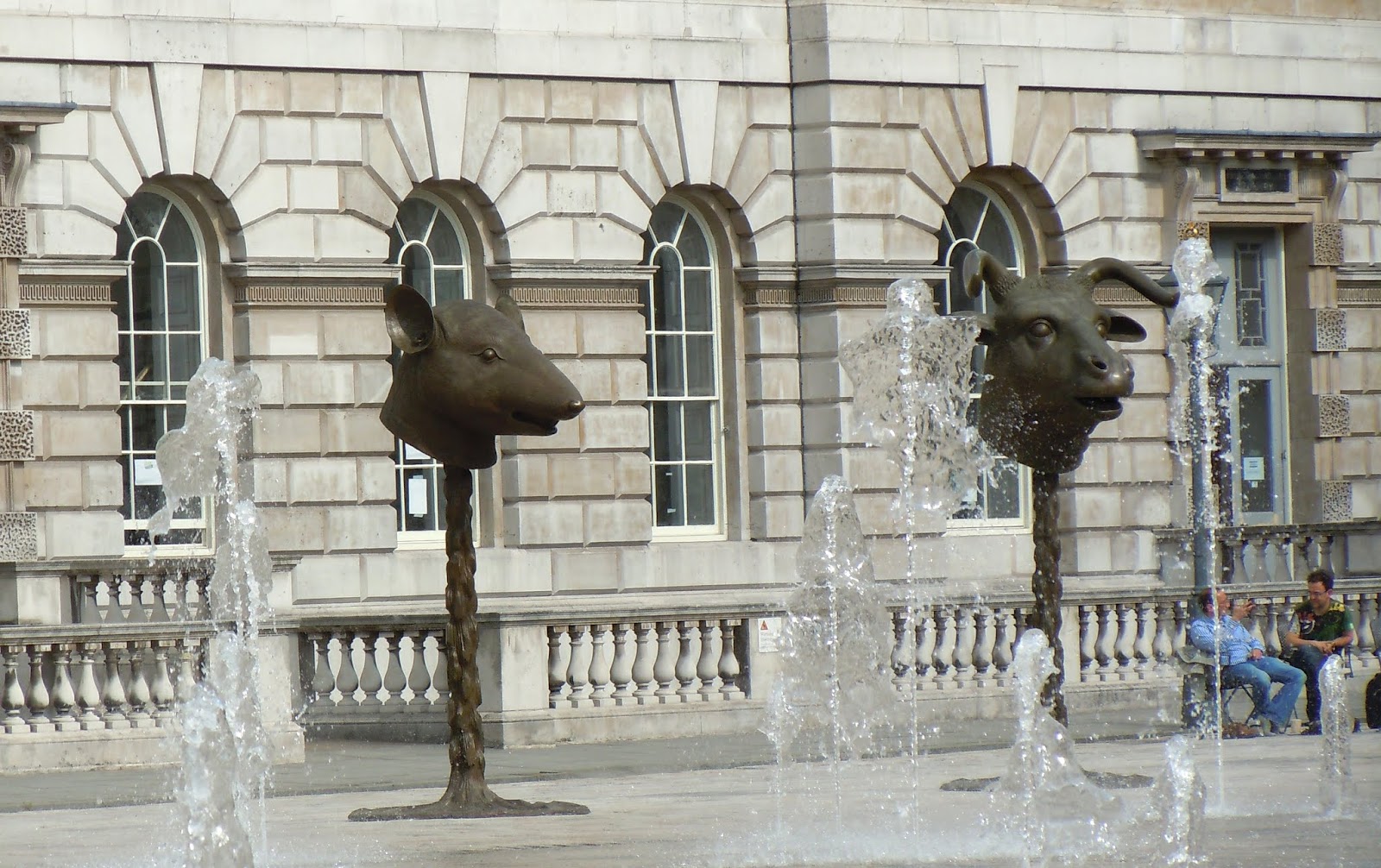 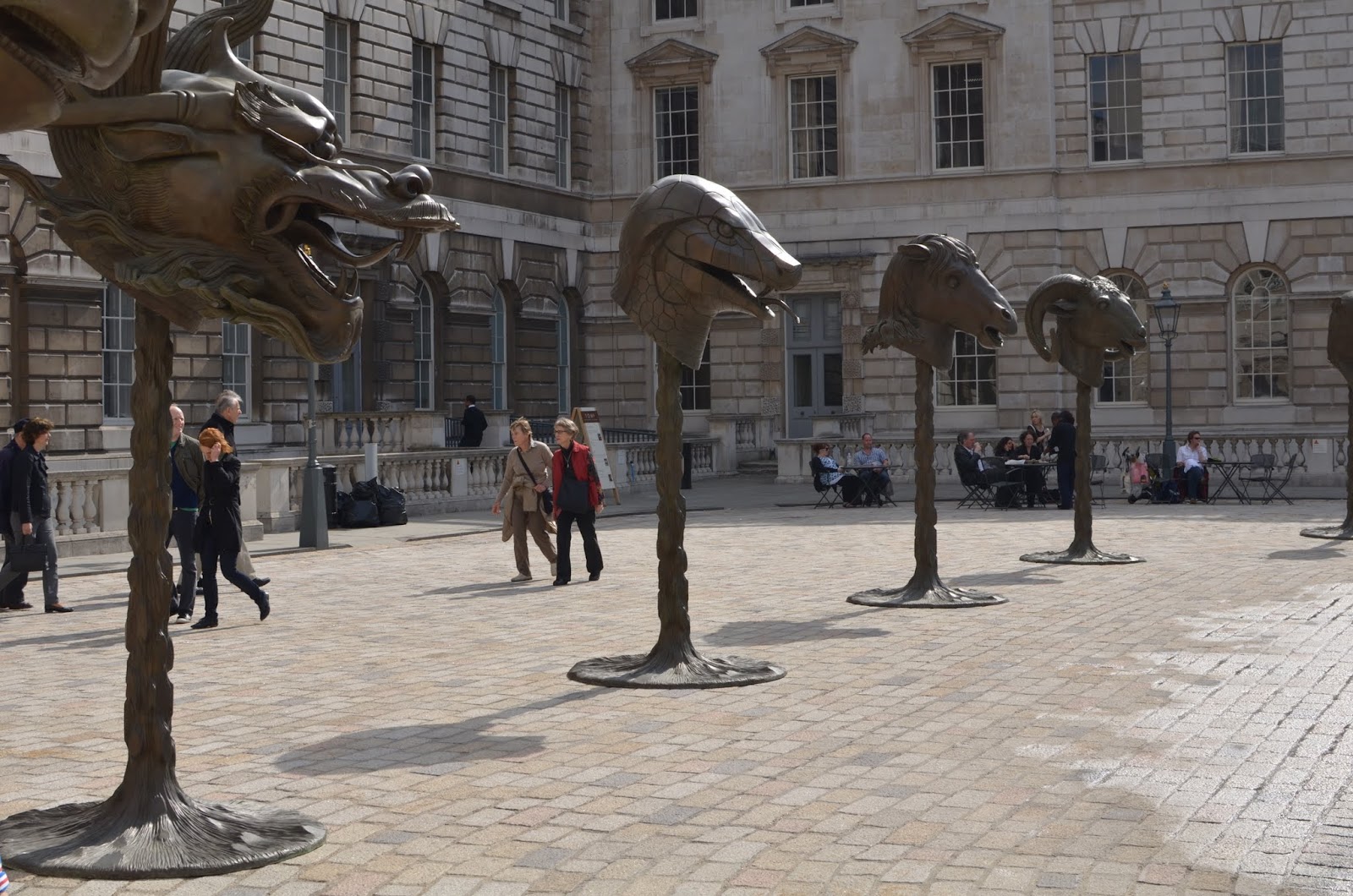 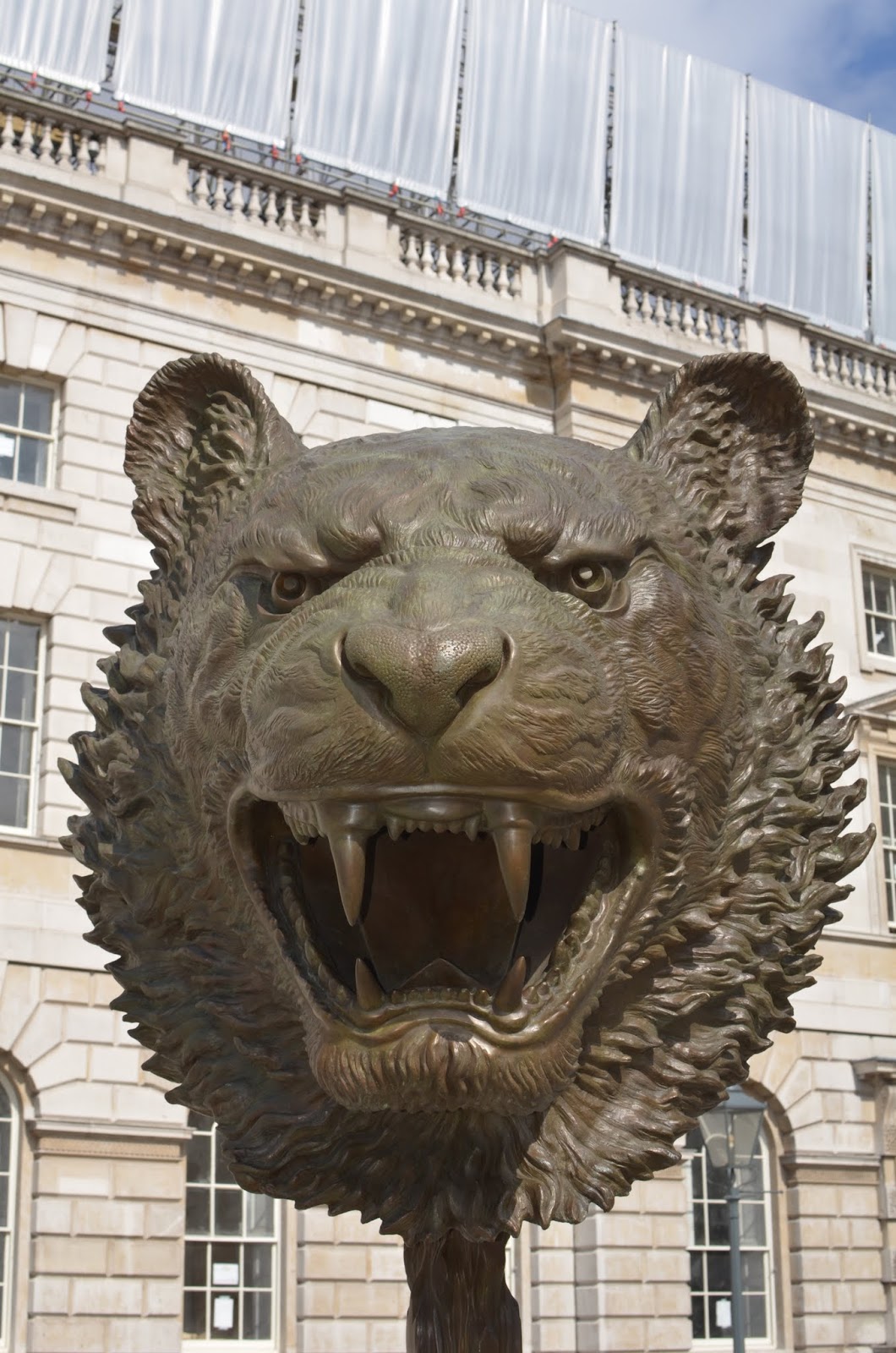 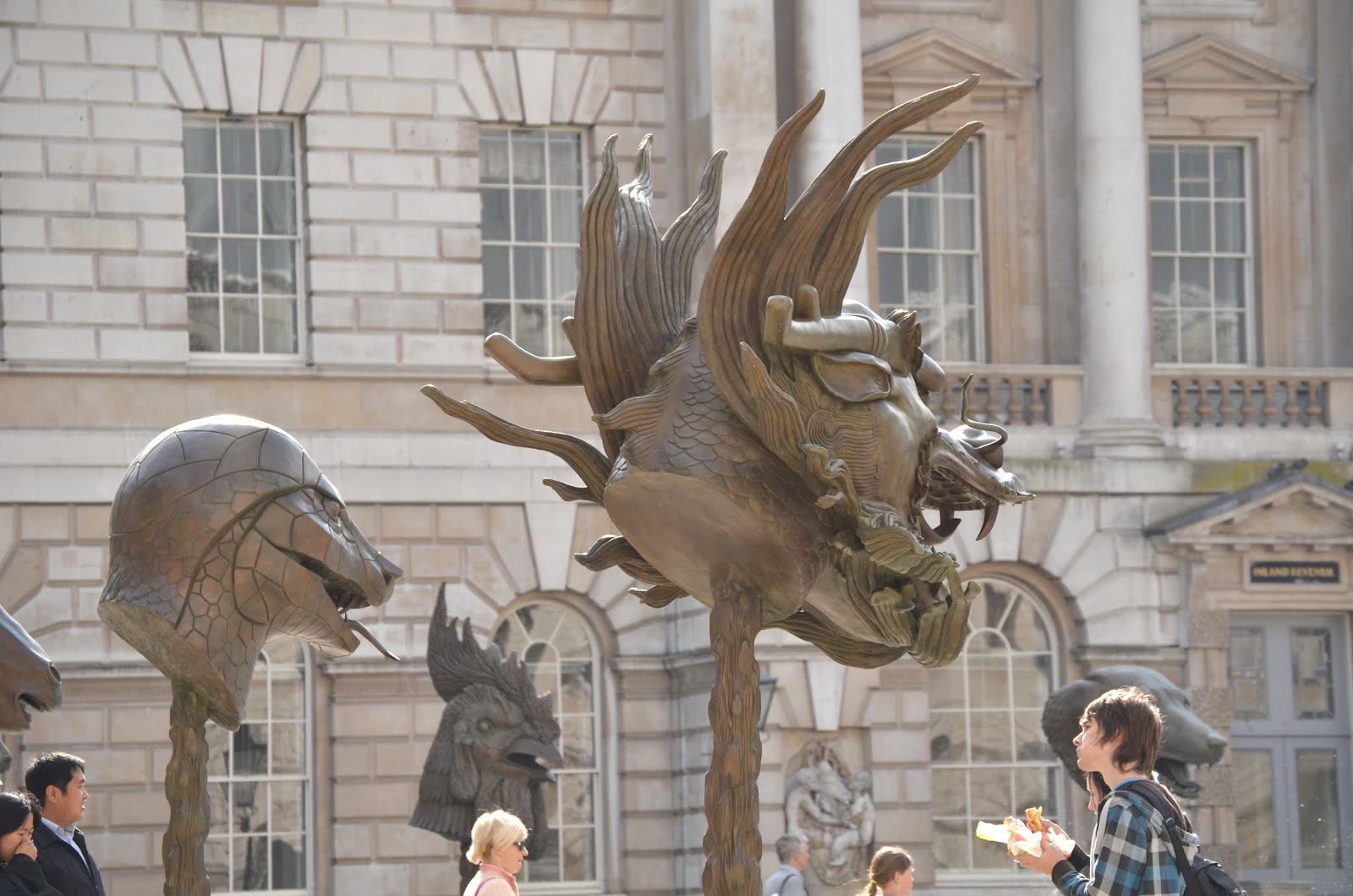