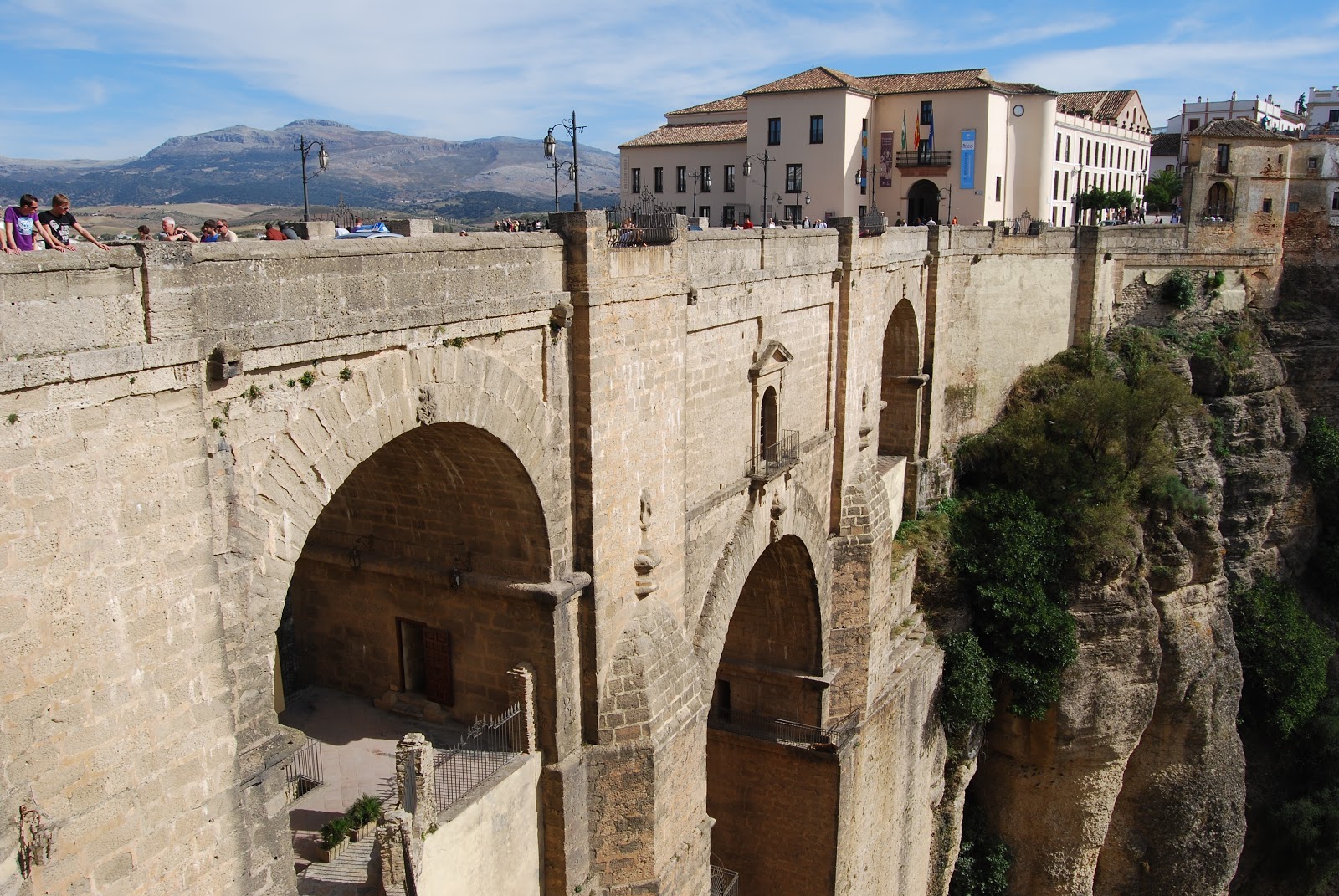 In a spectacular setting high over a gorge, the beautifully-preserved Andalusian town of Ronda is well worth a couple of days of your time. If you can find a space, part in one of the cramped underground car parks in the central shopping district and head over to the charming 19th century Alameda del Tajo park with its broad, paved promenades, lined with vintage lampposts, and lush foliage.  They lead down to the iron railings and ornate stone wall, guarding a sheer drop to the valley floor below and providing sweeping views across the hills. As it sets, the sun bathes the park in a magical light tailor-made for tourist snaps.  Follow the path hugging the cliff edge around the parador to the towering eighteenth century stone bridge with its elegant arches, which merge into the rocky sides of the canyon. Across the bridge, are narrow, atmospheric cobbled streets lined by stately white-washed town houses, some with smart restaurants overlooking the gorge. The lanes open out into a peaceful cobbled, tree-lined square surrounded by handsome historic buildings, including a convent and a striking, old red-brick church with an ornate bell-tower.

Moorish touches
From near the square, you can follow a steep and scenic winding path down to the river and valley floor from where you admire the bridge towering above you. Other sights include the hulking Church of the Holy Spirit, dating from the fifteenth century,  the evocative eighteenth century bullring, a favoured haunt of Hemingway, and extensive remains of the medieval city walls. Throughout the old heart of Ronda, you'll find Moorish touches and architectural details, such as intricately-carved wooden doors and stone minarets, as well as old European lampposts, wrought-iron railings and balconies. Of course, Ronda attracts plenty of tourists and there are some naff shops and formulaic restaurants, but this fine old town remains largely unspoilt. 9/10