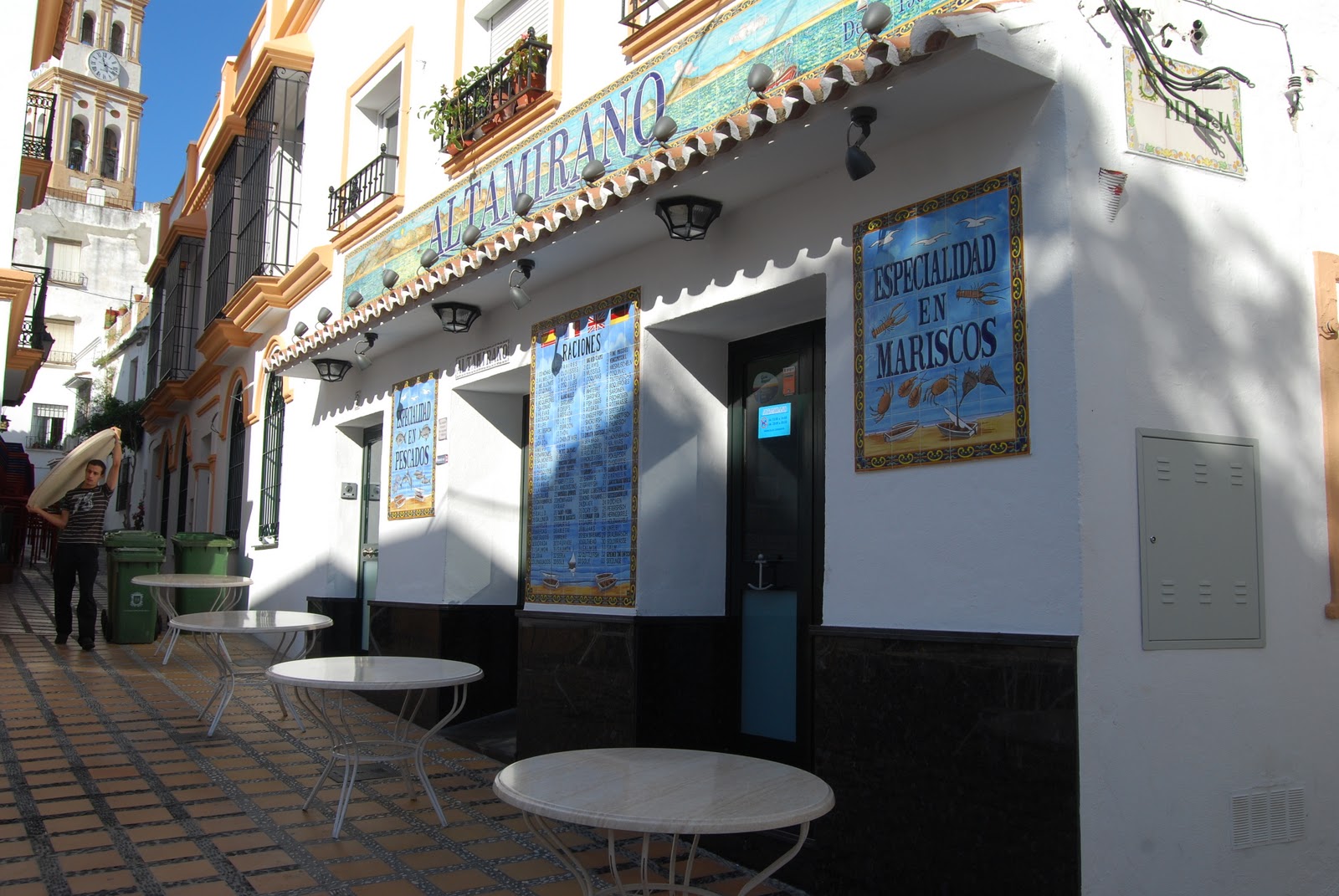 Marring a picturesque cobbled square in Marbella's old town with its Pepsi-branded plastic chairs,  Altamirano is a lot better seafood restaurant than it looks. Although the white facade is adorned with attractive painted tiles, inside, neon light casts the basic decor in an unforgiving glare. You might prefer to sit outside in the lovely square and watch the tourists wandering around the other nearby eateries, but you may be serenaded by an embarrassing busker, singing classic Mexican ditties. You pay a small cover charge for bread, which is a bit hard, and olives, which are also nothing special, so its worth sharing a big plate of very fresh anchovies in vinegar (eight euros).

Soft, succulent fish
The menu lists a wide selection of fish, plus dishes of the day, which are mostly priced by the kilogram and served with a couple of boiled potatoes and some lettuce leaves, shredded carrot and sweet corn. It can be difficult to figure out what you'll end up paying and the final bill may not make a lot of sense. The grilled sea bass can be served as two large crispy and delicious fillets of soft, succulent fish, but be warned they might cost a whopping 30 euros. Strangely, a similarly large plate of grilled calamari (fresh, but a little tough and chewy) can cost less than 12 euros. The waiting staff recommend that kids have a healthy plate of mixed fish, deboned, served with boiled potatoes and lettuce - great value at just eight euros ahead. After such fresh main courses, it is disappointing to find that the deserts appear to be bought frozen from a supermarket - the desert menu is just stock photographs on a laminated menu. There is also no coffee. Despite its many faults, Altamirano is probably the place to savour seafood in Marbella. 7/10