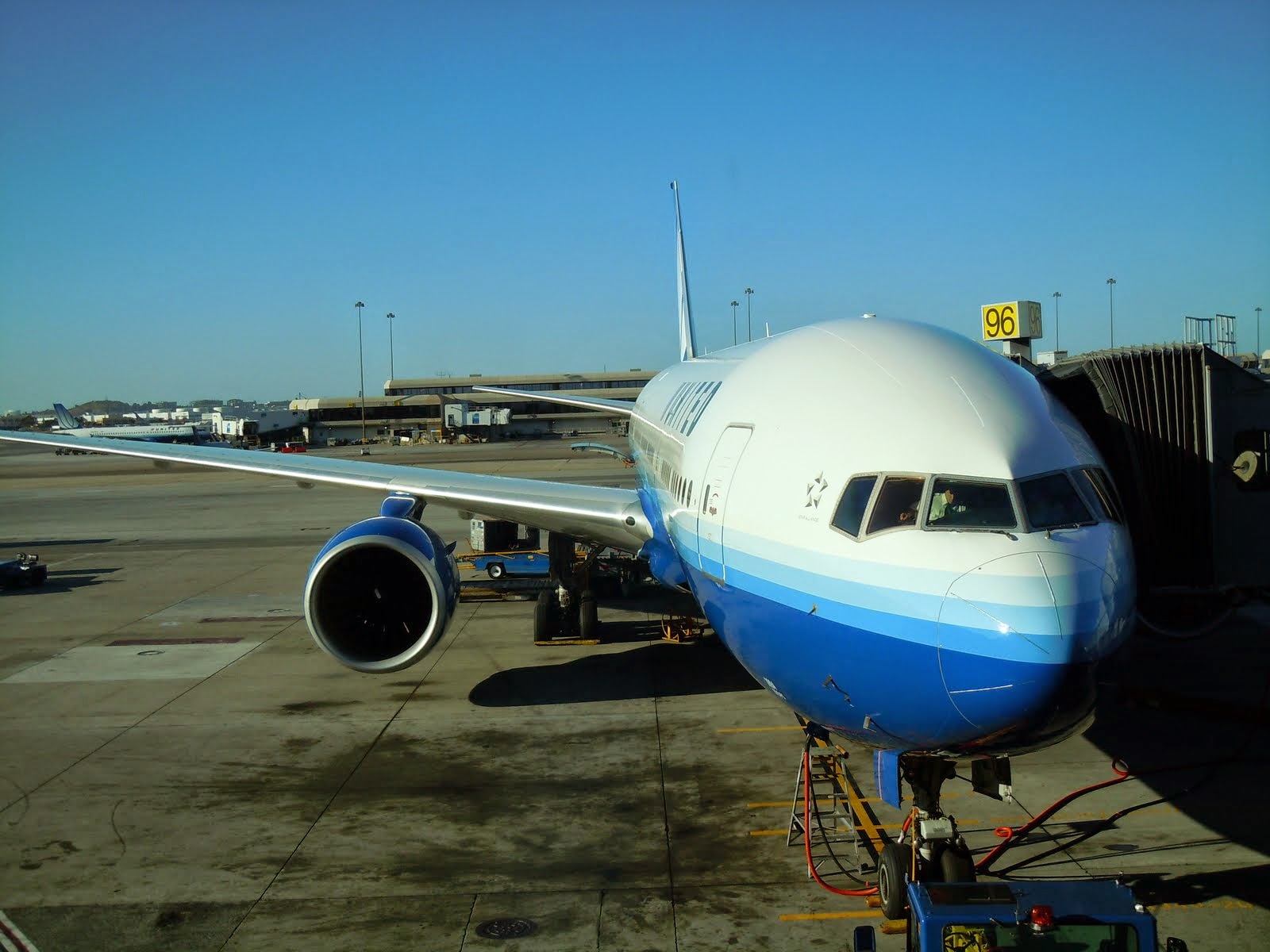 United is one of only a handful of airlines flying direct from London to San Francisco. You depart from Heathrow Terminal 1, which feels old-fashioned, daylight-deprived and crowded compared with more modern airport terminals elsewhere. On the way out, it is a 10 hour daytime flight, so you can probably just about stomach economy class, which is cramped for anyone approaching six foot. For the night-time flight back, it is probably worth shelling out the extra to be in the large economy plus cabin, where the seats are fairly spacious and recline further. If you wait until you check-in online the day before, the upgrade might be quite cheap or there might not be any space left. If you are lucky, you might just get upgraded for nothing. In any case, check-in early, as you really don't want the middle seat in economy.
Pay for alcohol
In economy, United's food is mediocre - you get to choose from two options, such as ravioli or a chicken dish, for your passable hot meal. It is served with a plastic terrine of limp lettuce, a bread roll and a desert of some kind. Later in the flight, you get a sandwich and a yoghurt. Soft drinks are free and water is served at regular intervals during the journey, but you have to pay for alcohol - a miniature bottle of wine is $6. The cabin crew are quite brusque, but efficient. If you are lucky enough to be in one of the refitted planes, the in-flight entertainment plays out on quite a high-resolution screen and there is video-on-demand with a choice of about half-of-dozen films and half-a-dozen TV shows. Otherwise, the movies etc. are played on a loop on small, crummy screens. If you arrive early, San Francisco's spacious and airy airport is quite a pleasant place to hang out, but the shops and cafes are pricey - the Mexican restaurant, for example, serves a pint of beer for $8.50. 5/10