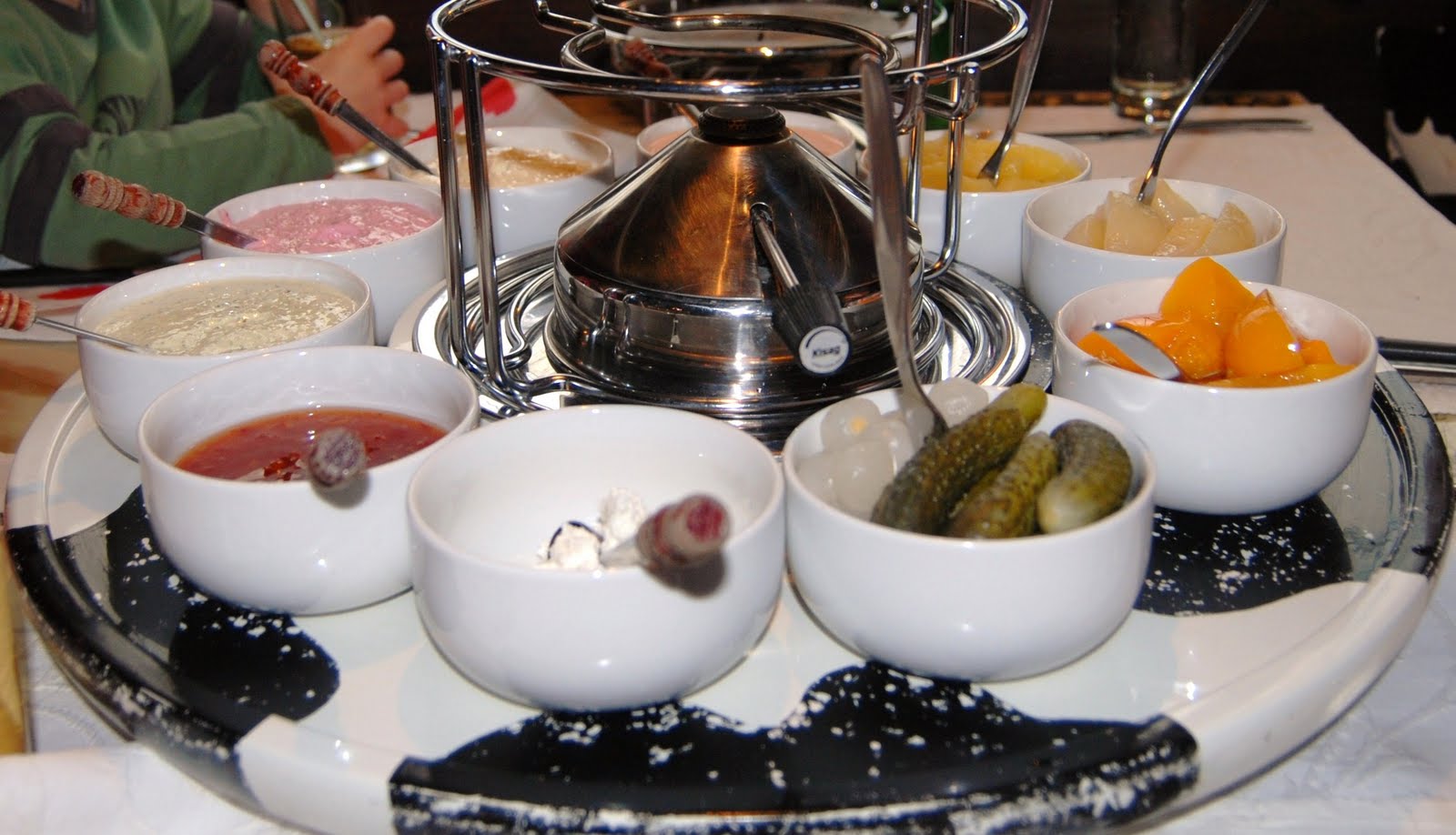 Pretty much every afternoon in season, the outside tables of zur Mühle are packed with boisterous skiers and boarders sinking beers, while soft rock blares out of the hefty sound system. In the evening, the pace slows and the noise levels wane, as families and couples settle down for dinner in one of the alcoves in the olde-worlde, wood-panelled interior. Most are attracted by the selection of lavish meat fondues, which start at 49 Swiss francs a head for a minimum of two people. When selecting your meats, remember the leaner choices, such as venison, can lack flavour - especially if you choose to boil them in water, rather than oil, in your fondue. The miniature stove arrives at your table in the middle of a turntable loaded with ten small pots, containing an array of accompaniments, including a garlic dip, a scintillating beetroot dip, horseradish cream, tinned pears, tinned peaches, pickled gherkins, pickled onions and other goodies. In case that isn’t enough food, you also get carbs in the shape of chips.

Friesian cow furnishings
The cheese fondue (28 francs) is a more modest affair, but is undoubtedly delicious. Bubbling in the fondue pot, the cheese has a mature, slightly alcoholic, flavour, which young kids will find a bit strong. You spear one of the white fluffy scraps of bread, which look like the kind of stuff you might feed the birds with it, and then dip it in the cheese. Drinks are pricey by British standards - a large beer is seven francs, while a smallish apple juice is over four francs and a mineral water only slightly less. The proprietors are very welcoming, but service by the waitress in the traditional Swiss costume can be a bit stroppy. While you cook and eat, you can admire zur Mühle's impressive collection of Alpine knickknacks, the charming lead-paned windows and the Friesian cow-patterned furnishings - even the napkins have the distinctive black blotches. At the end of your meal, the bill arrives in a little china cow. 7/10