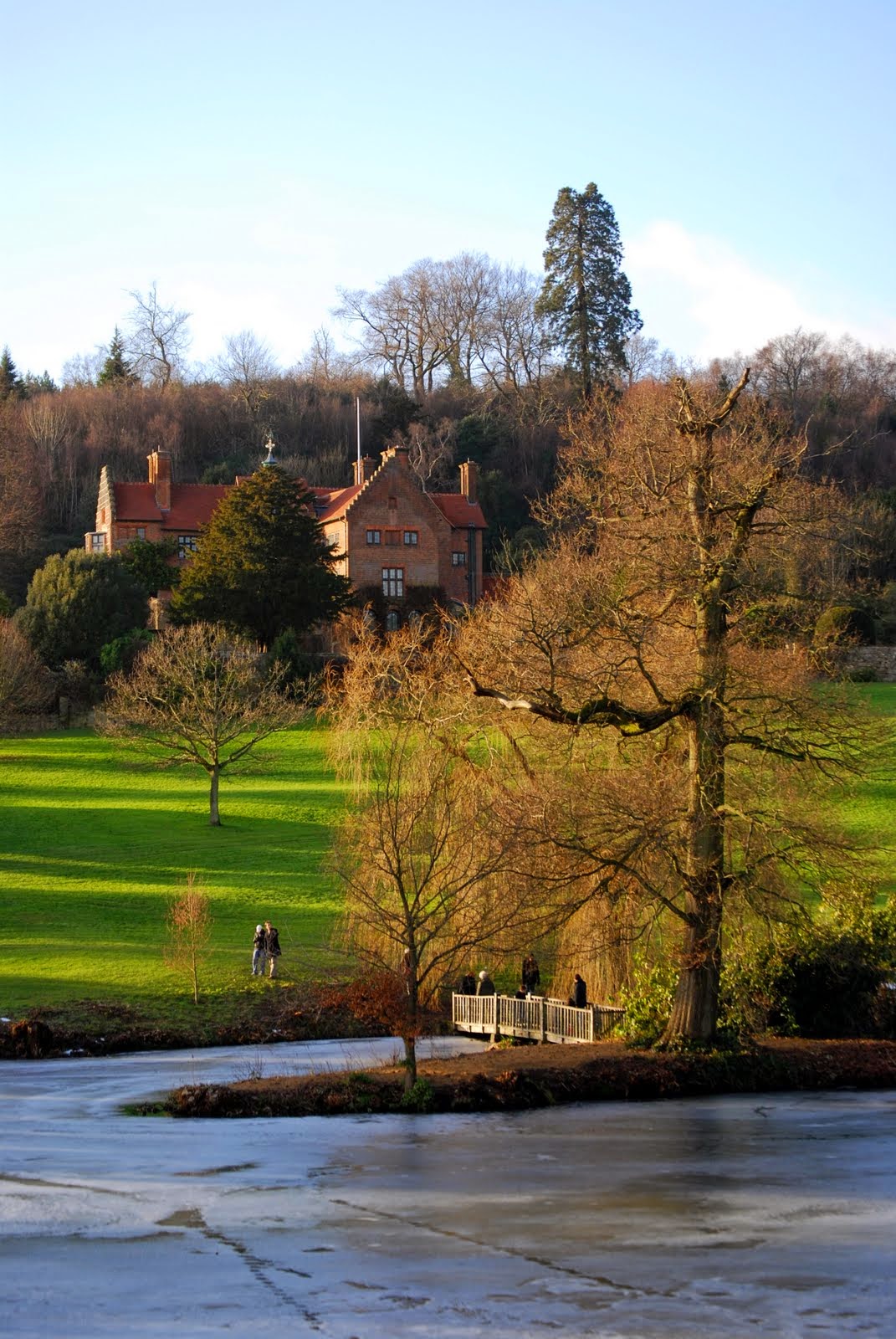 This two-mile scenic walk through the woods, overlooking the Chartwell Estate, starts at the National Trust car park, then follows a footpath up through the sloping picnic field and into the trees beyond. It then takes a figure-of-eight route up and down the wooded hill on the east side of the estate. The wide path climbs steeply in places, but the effort is rewarded by the sporadic views across the ponds and lawns to Churchill's former home and the rolling Kent countryside. When the sun shines through the densely-packed trees and thickets, this is a lovely walk. 7/10

Set in a magical forest, Varekai is performed in front of a host of golden poles that rise up from a large circular stage in the middle of the magnificent Victorian arena that is the Royal Albert Hall. A golden scaffold staircase winds its way high up towards a hidden platform from where, early in the show, a gleaming white, apparently fallen, angel is lowered gently into a clearing in the forest. The storyline revolves around the fate of this angel as he encounters the creatures of the forest - an extraordinary variety of trapeze artists, tumblers, jugglers, gymnasts, contortionists, clowns and even an athletic dancer on crutches. They all wear incredibly lavish and vibrant costumes and makeup, ensuring that the stage is often a riot of swirling colour. Throughout the two hour show, a man and woman sing powerfully and effortlessly in French, accompanied by a small orchestra playing sometimes haunting, sometimes uplifting melodies.

Derring-do
Some of the dozen or so circus acts will make you wince, others will give you vertigo. Some will move you, others will make you laugh. But they have all been choreographed to the nth degree and flow seamlessly into one another, so that it almost always feels like you are watching a highly theatrical musical. Even so, there is the kind of succesion of breathtaking acts of derring-do that you would find in a top-notch circus, although the spell is very occasionally broken by the odd fall or stumble. In one act, a performer lies on a chair with his legs in the air, balancing his partner's backside on the soles of his feet. He then uses his legs to propel his partner through a series of fast revolutions that might leave you rubbing your eyes in wonder. In another, three small boys hurl what look like double-sided yoyos high-up into the air, perform a series of tumbles, and then catch their projectiles before they crash on to the stage. The high-energy juggler is also great entertainment, performing some unusual tricks, such as propelling ping pong balls high up into the air from his mouth before catching them again between his lips. Later he spins four hats simultaneously all over the stage, catching each one before it hits the ground - the last one with a very athletic dive.

Baggy white knickers
The pace changes with the arrival of the clowns. In one of their acts, a young blonde, dressed in a ridiculously short dress, her chunky thighs and baggy white knickers far too visible, attempts to boogie in time to the jaunty music, but ends up stumbling and slipping all over the stage, while keeping a huge smile on her face. Meanwhile, her foil, a skinny male moustachioed magician, messes up magic trick after trick. Unfortunately, the other comic scenes don't work quite so well  - the two starring a bare-chested wood-nymph creature are creative, but a little too long and over-played - possibly the only significant flaw in the whole of Varekai. The show concludes with a squadron of men executing a dazzling display of leaps and somersaults from two huge Russian swings, making for a continuous swirl of activity and athleticism. A fittingly impressive finale to a very impressive show. 9/10

In the heart of Borough Market, a foodie Mecca, this branch of the Black & Blue Steakhouse is housed in a fine old building sheltering beneath the railway arches. Ultra-modern steel and glass fittings and fixtures have been added to the soaring vaulted bare brick ceilings and walls, which have been disconcertingly decorated with pictures of cows, that remind you of exactly what you are eating. There is even a life size, yellow model of a cow up the stairs on the way to the pristine gents toilets. Black & Blue Borough also has a very spacious bar with large oval white tables where you can have a drink and browse the menu while waiting for a table to become available on a Saturday evening.  In the restaurant, the large, sumptuous leather benches arranged around the white tables are mostly packed with groups of twenty- and thirty-somethings, while couples might end up in the less comfortable chairs around the small tables for two.

Moist, warm meat
The menu plays it pretty safe, but there is plenty of choice - you can have the steak salad (£13), for example, in three variations, one of which is the house mix of walnuts, emmental cheese and lettuce, very heavily dressed with a creamy vignarette. A slab of moist, warm meat rests on top of the greenery. If you are hungry, you might prefer the juicy, fatty sirloin steak (£18 for 280g and £14 for 180g), served with a rich garlic and herb butter sauce, chunky salty chips and the house side salad of walnuts, emmental cheese and lettuce, again heavily dressed. It is a tasty and filling dish.  As well as a wide selection of steaks and grilled meat, there are also burgers starting at about a tenner and you can even have a foie gras starter for £7. To drink, 330ml bottles of international lagers, such as Budvar, cost a reasonable £3, while the sizeable wine list starts at £15 a bottle, but there are also plenty of wines available in 250 ml glasses, starting at £5. The waitresses are mostly smartly dressed and often glamorous East European women, who tend to be brusque and efficient. Safe to say, meat lovers will probably enjoy the Black & Blue Borough experience. 7/10

A coaching inn and tourist trap dating from the seventeenth century, the labyrinth George Inn has a couple of elegant old function rooms upstairs you can book for a sit down meal or a business meeting. The three hundred-year-old building has been immaculately preserved by the National Trust and its tenant Greene King, so the function rooms are reached via an atmospheric and ancient wood-panelled staircase, which works its way round a small atrium. If you have at least a dozen diners, you can rent one of the spacious private rooms, which are also steeped in history, for free, assuming you buy a three-course meal for between £20 and £30 a head, depending on your choice of main course. The traditional pub menu lists nine main courses, five starters and five deserts, but your group can only choose two selections per course between them. In keeping with the prices, the food is reasonable and is served with little decorum by the mildy-stressed waiting staff.

Passable pate
One of the starters is a modest serving of passable chicken liver pate with salad, some slivers of bread and chutney, while the mains include a quarter roast chicken with stuffing. The meat, which can be a little dry, is served with mediocre roast potatoes and vegetables doused in gravy. To finish, the woodland fruit cheesecake is also okay, but far from memorable. Up in the top function room, you can't order beers from the waiting staff, so if you want a pint of lager or one of the Greene King ales, you will have to queue at the bar, two flights down. But they will serve you wine (starting at £13 a bottle) from the limited list. Even on a Saturday night, The George closes at 11pm, so if you are celebrating, start early. 7/10 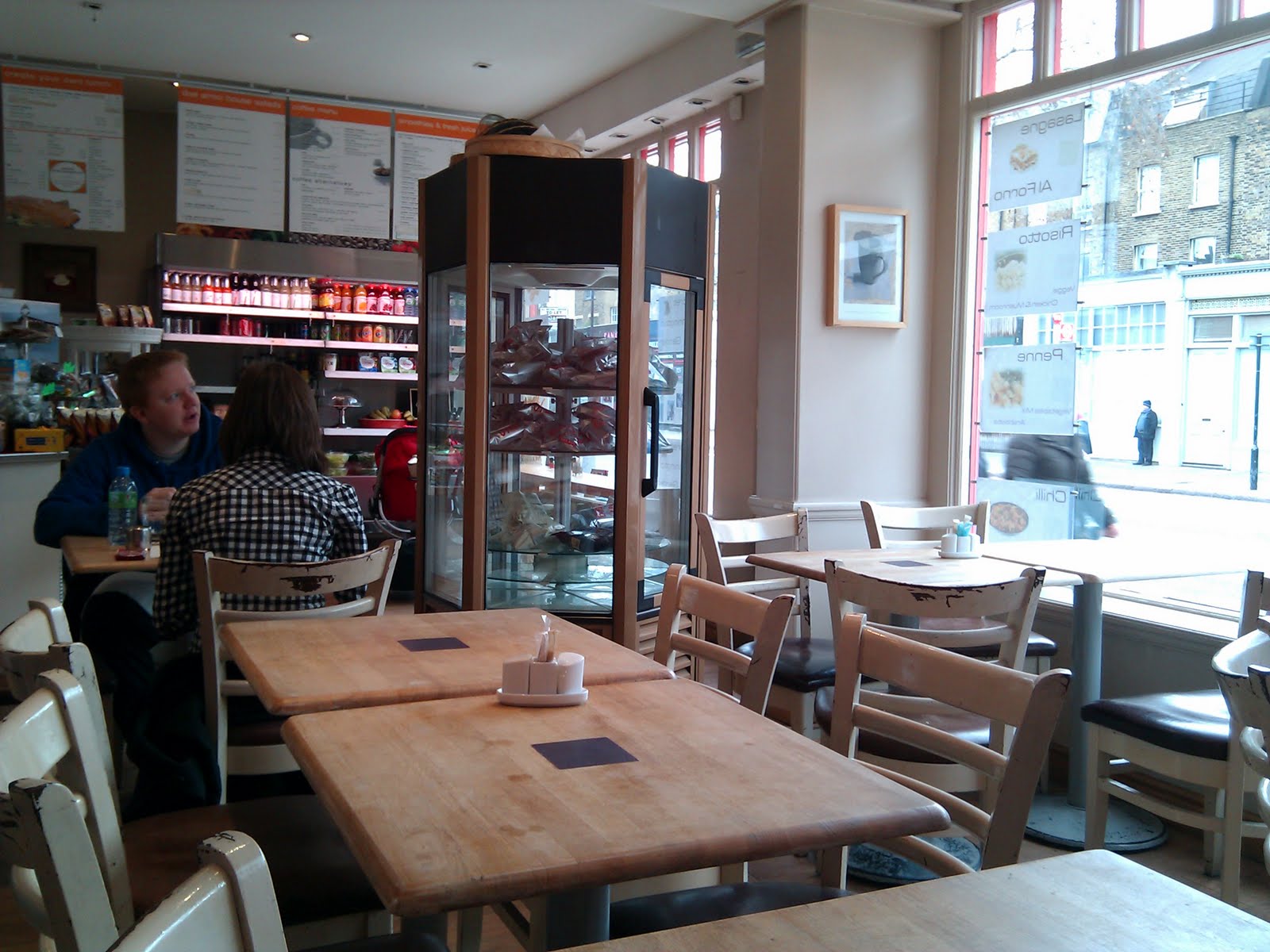 An appealing, spacious neighbourhood cafe, with a striking dark pink facade, i due amici is a good place to get some work done while sipping cheap coffee. It has plenty of solid wooden tables, surrounded by comfortable white chairs, big windows, free WiFi and a handful of electric sockets for charging your laptop. Out back is a peaceful, sunny courtyard, which due amici shares with the local Pizza Express. There is a solid group of regulars, but mercifully few noisy kids, meaning it can be  quiet, if Capital isn't cranked up too loud on the radio. The waiting staff are a mixture of reserved, but efficient, east European women and swarthy men, who are friendly, but more prone to mistakes. A decent Americano, served piping hot with a small almond biscuit, is just £1.20, while a large bottle of passable fruit juice is only £1.60. The food is also keenly-priced, but is highly erratic. Sometimes, the English breakfasts are okay, but the scrambled egg can be watery or the budget sausages too tough. The jacket potatoes or the chicken and mushroom risotto are a safer bet, but they aren't going to have your mouth watering. 7/10

Walk from Ashford in the Water to Monsal Head, Derbyshire 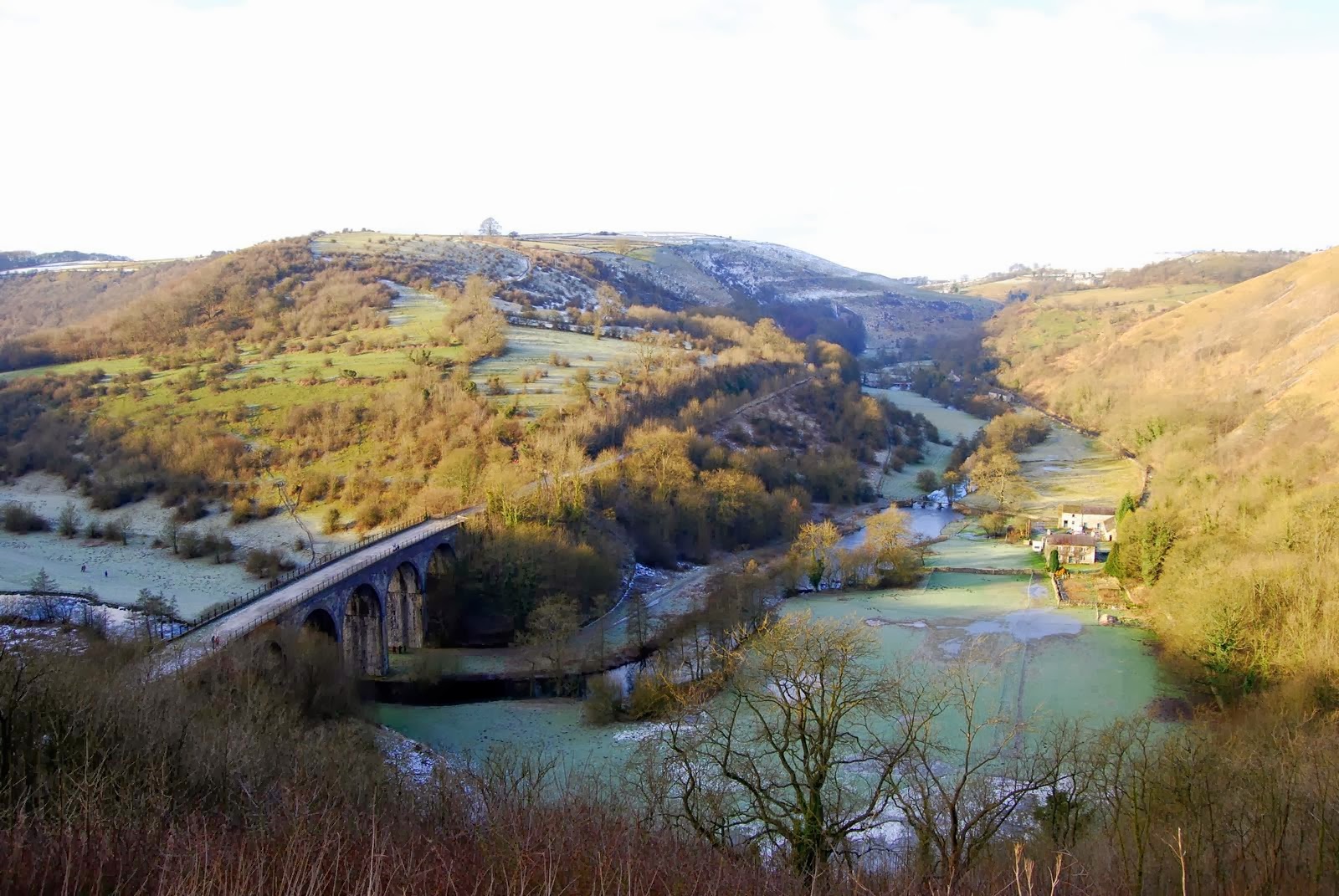 Even if you don't want to go on this five mile hike up to the beauty spot of Monsal Head and back, it would be worth visiting Ashford in the Water. It is a handsome stone village with fine old houses, appealing pubs and a picturesque bridge over the fast flowing River Wye. Signposts in the village point you towards the footpath to Monsal Head, which begins with a steep flight of steps through the houses and trees before crossing wide open fields. As you climb gently up into the hills there are sweeping views over the dry stone walls that follow the contours of the dales. After a couple of miles you crest the top of the hill for a spectacular view over Monsal Dale. At the bottom of a steep drop, far below you, a venerable stone bridge crosses high above the winding river on the valley floor. The footpath narrows and swings eastwards towards Monsal Head, clinging to the hillside. It isn't long before you reach the Monsal Head hotel where you might be tempted to stop for a pint of golden Pearl ale (just 3.3% alcohol) beside a roaring fire in the wood-clad Staples Bar. From here, a footpath leads back to Ashford via the hamlet of Little Longstone or you can take the more direct, but more hazardous, route along the B road. 8/10