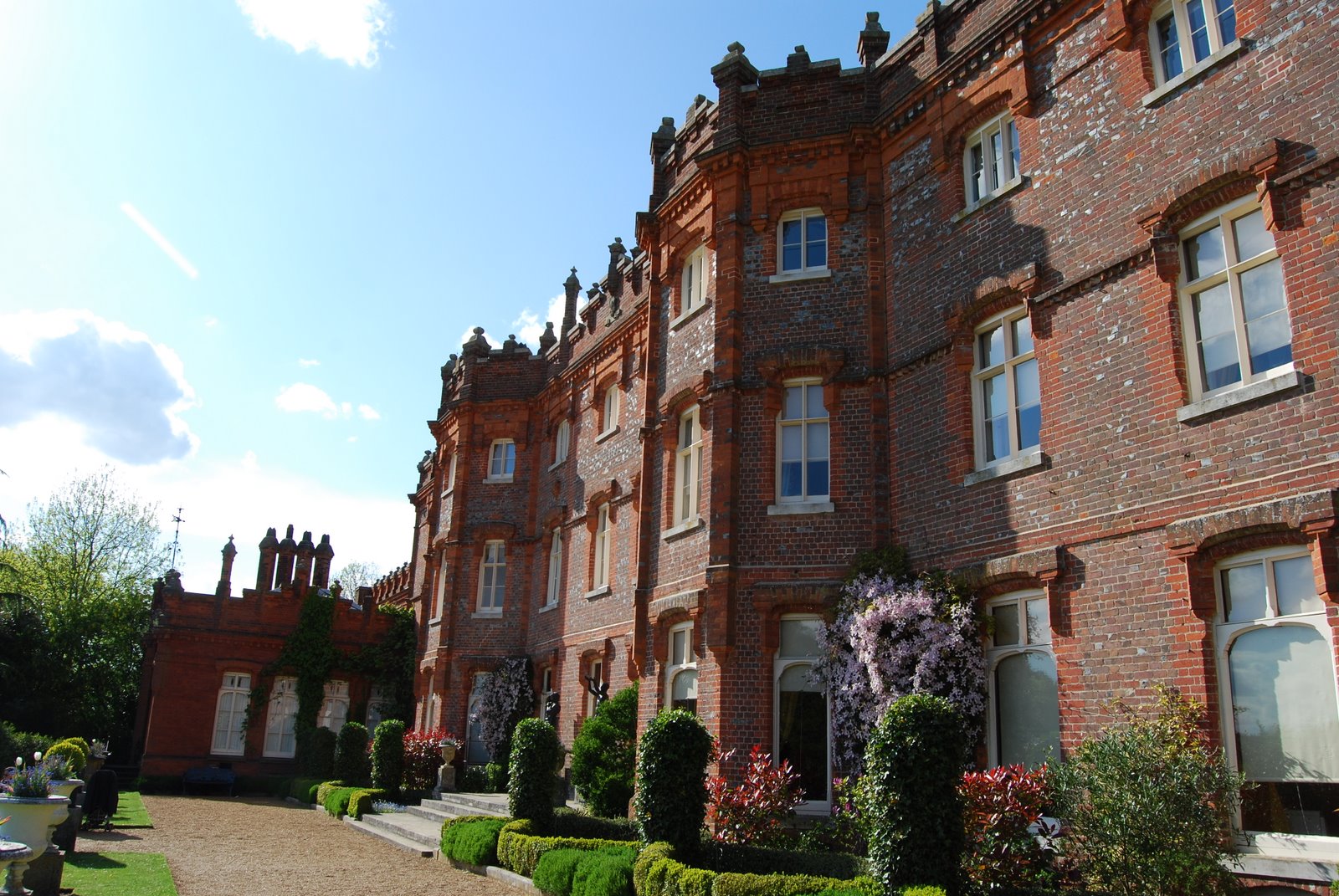 A red-brick, eighteenth-century manor house with fussy little Victorian parapets, Hughenden Manor isn't particularly striking or attractive. But it is the former country home of Benjamin Disraeli, billed as "Britain's most unlikely prime minister" and it pulls in the crowds. On a sunny spring Sunday, the National Trust sometimes issues timed entry tickets and you may have to wait two hours to get inside the house. In the meantime, you can wander around the orderly garden with its displays of white tulips standing to attention surrounded by forget-me-nots, play croquet on the immaculate lawn or go for a walk. A two-mile round trip takes you up to a high vantage point next to a stone monument to Disraeli, from where you can survey the suburbs of High Wycombe encroaching on to the farms and woodland around the manor. Alternatively you can wander down through the many trees, past the elegant Georgian vicarage, the early seventeenth century almshouses and the parish church to a leisurely river where cows laze on the banks. Or you can head for the restaurant in the original stable block, which has a cobbled courtyard that makes a fine sun trap.

Disraeli theme park
Once inside Hughenden Manor, (admission £6.60) you can see about a dozen rooms spread over two floors mostly furnished and decorated as they would have been in Disraeli's time, plus several rooms in the servants' quarters in the basement, one of which serves as an exhibition devoted to the manor's role as a map making and intelligence centre during the Second World War. Highlights include the large library with its wall-to-wall, floor-to-ceiling shelves of leather-bound volumes locked in behind thin brass bars. The venerable old desk adds to the dignified and intellectual ambiance. But parts of the house can feel a little like a Disraeli theme park. The blinds bear pithy Disraeli quotes, while one room is laid out as a small museum, with billboards highlighting his womanising and powers of persuasion. As you leave, you can even cast a ballot on whether you like the man or not. 8/10