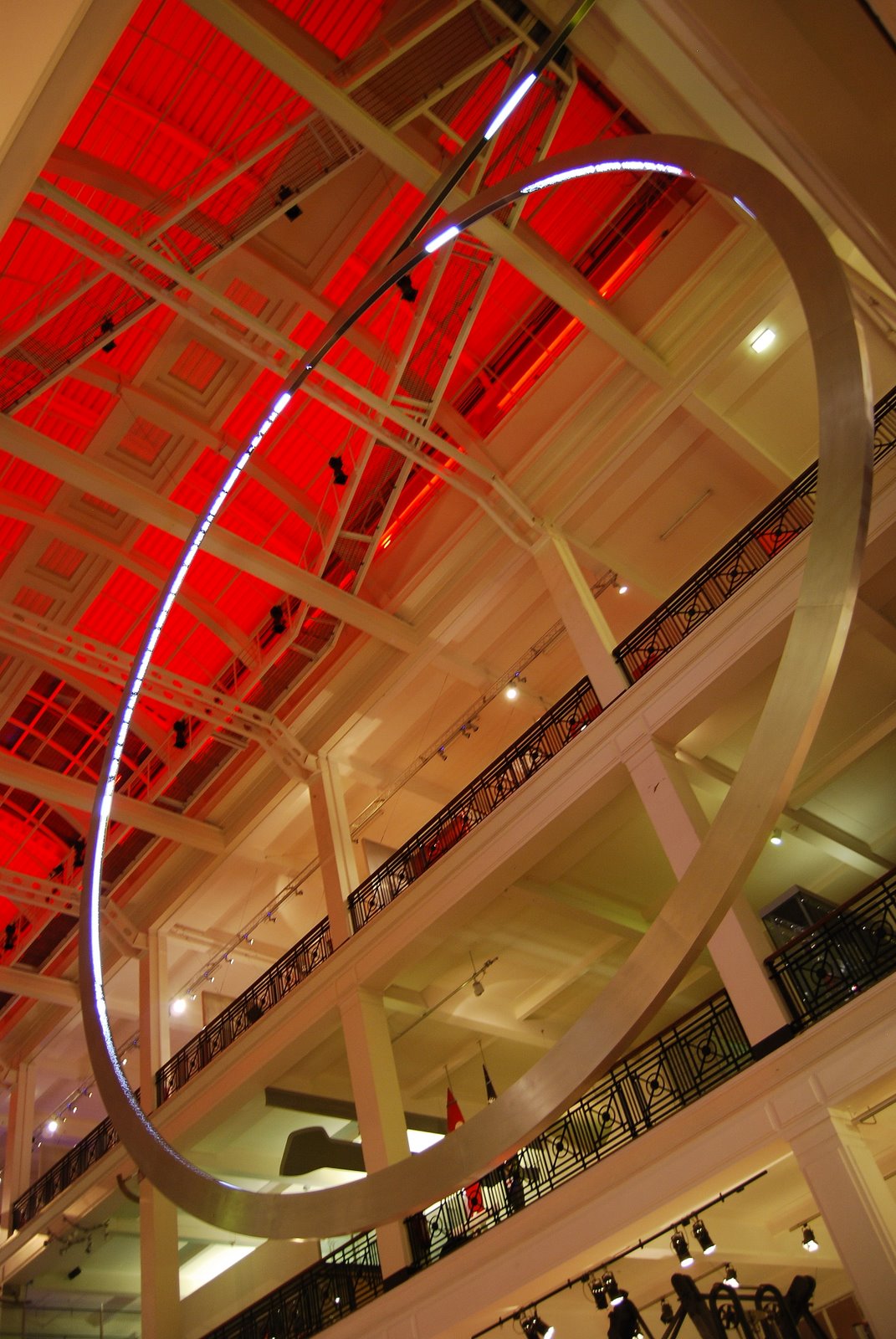 Crammed with machines, devices, gadgets, vehicles, planes and spacecraft of historic significance, the Science Museum is much more hands-on than London's other renown museums. Its huge halls are dotted with electronic touchscreens and there are several large zones, aimed primarily at children, given over to interactive, effective and very robust exhibits demonstrating how everything from levers to pulleys to periscopes to electricity works, while the enthusiastic staff sometimes give demos and talks. But these zones are often very busy and there can be an unseemly scramble to play with some of the kit.

George Stephenson's Original Rocket
More peaceful are the main galleries, which contain plenty of diverting models, full-size replicas and actual examples of groundbreaking cars, boats, satellites, spacecraft and aeroplanes. These include the ridiculously fragile, wooden biplanes of the early years of flight, and the very first steam engines, notably George Stephenson's original Rocket, which will send a tingle down the spine of anyone with a passing interest in the industrial revolution. Suspended from the ceiling is a large shining wheel, the Energy Ring, displaying short text messages about the future of energy inputted by visitors to the gallery. Back on the ground floor, there are glass screens protecting large displays of nostalgia-laden innovations from different phases of the twentieth century taking in everything from the Rubik's Cube to early mobile phones to vintage typewriters to 1960s screwdrivers to the Chopper bike.

Quite commercial
Although entrance is free, the Science Museum can feel quite commercial - it has several shops, including a branch of Waterstones, an IMAX cinema and several simulators, costing anything from £1.50 to £8 a ride, plus some temporary exhibitions with an entrance fee. Of the places to eat, the Deep Blue restaurant, located in the futuristic Wellcome Wing, seems rather dark and gloomy. The Revolution café, with its multicoloured walls, is more cheerful, but the benches are uncomfortable and you have to make your own tea in paper cups. While the Science Museum's twentieth century building isn’t as distinguished as those of London’s other great museums, it does have a part-glass roof allowing natural light to illuminate the memorable collection of flying machines on the third floor. But the galleries can get uncomfortably warm and the interactive exhibits uncomfortably crowded. Moreover, the untrained eye may begin to glaze over after seeing too many often-nondescript engines and the innards of electronic devices. 8/10