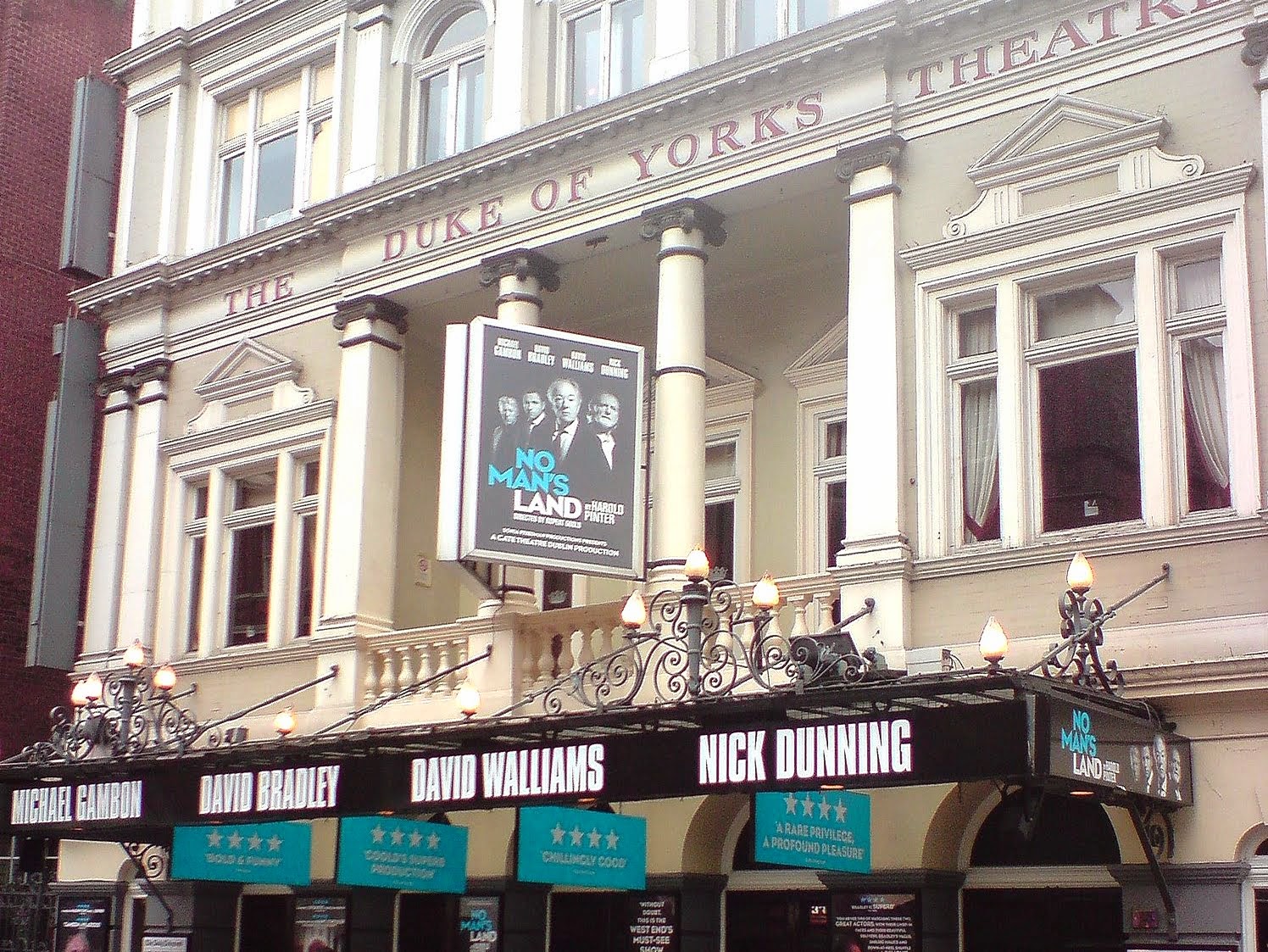 Performed by a talented quartet of actors and directed by the acclaimed Rupert Goold, this production of Harold Pinter's 1974 play No Man's Land looks promising on paper. But in practice, even the fascinating combination of the entrancing Michael Gambon and the bawdy satirist David Walliams (of Little Britain fame) fails to ignite Pinter's meandering and sluggish script, making it hard to justify the £48 needed for a ticket in the stalls of this small, but charming, theatre. With an unchanging set - a smart, soulless reception room dominated by a large bar - the play certainly isn't a visual spectacle. Although Gambon gives a masterclass in how to mimic the overly-deliberate movements of a drunk, the lack of a real narrative means No Man's Land grinds slowly towards the interval. At least the acting is mostly first class. David Bradley, playing the aging and philosophical Spooner, is often a match for Gambon's Hirst, offsetting his grating, lengthy monologues, with the occasional one-liner delivered with comic panache.


I have known this before
The second half of the play, punctuated by Spooner's amusing refrain: "I have known this before", comes to life. Spooner eats his breakfast with as much dignity as he can muster in his fusty old suit, while one of Hirst's henchman clumsily tries to engage him in conversation. Then Hirst himself bursts in, half-sober and finally energised, firing off anecdotes in a brandy-butter voice, rich and melodic compared with Bradley's higher-pitched rasping. In the best sequence of the play, Hirst grins provocatively as he reminisces fondly about sleeping with Spooner's wife. But it soon become clear that both men are fantasising about an imagined shared past, hinting at Pinter's probable, but elusive, theme about the transience of life and the fragility of memory. Unfortunately, the arrival of the lackluster Walliams, playing another henchman, seems to suck the life out of both Hirst and the play, which fades away into nothingness. 6/10