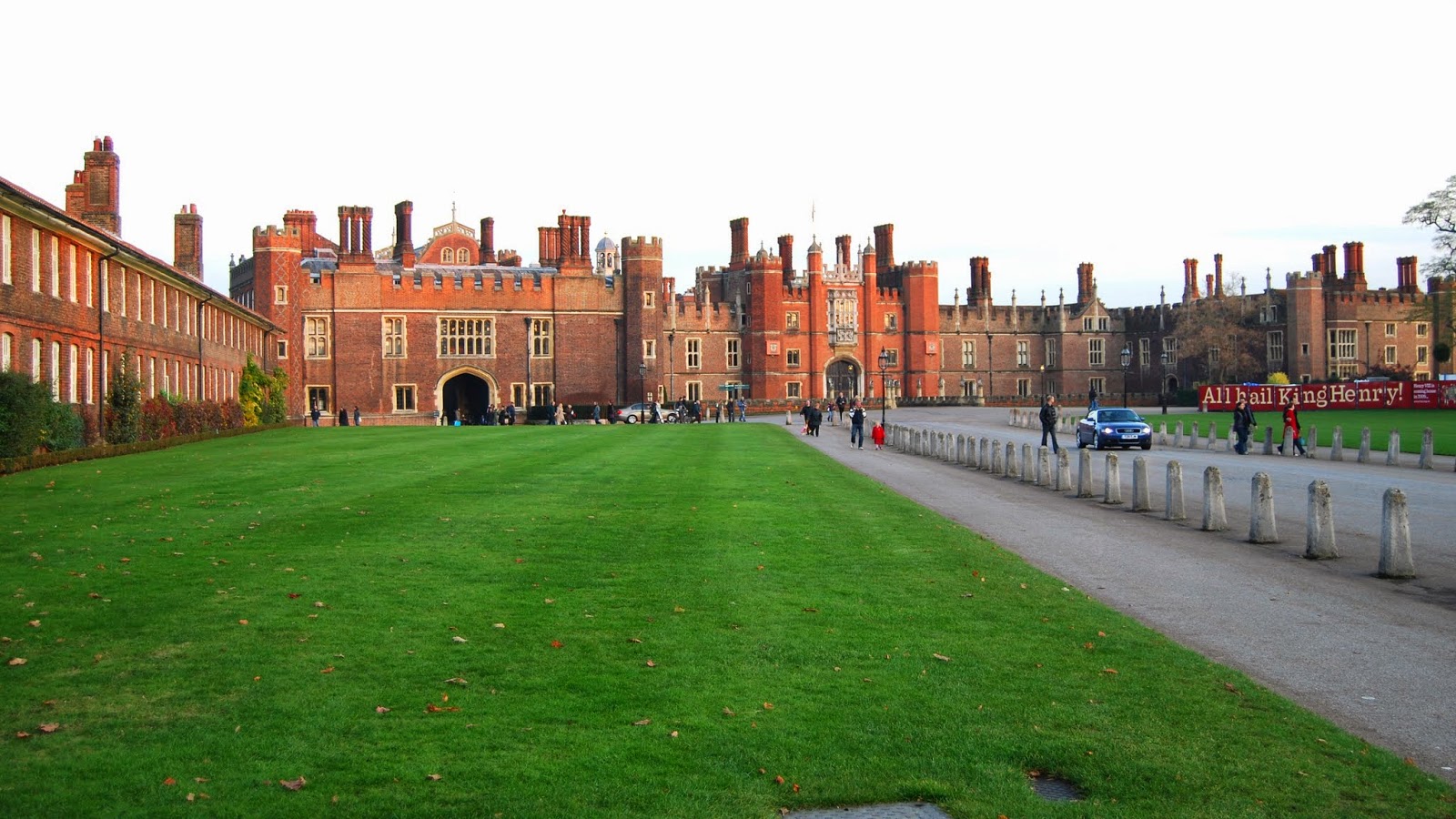 The extravagant, lion-topped stone gateway, the elongated chimneys and sprawling red-brick Tudor facade of Hampton Court Palace are a remarkable and inviting sight from the busy A308 that mars this picturesque and historic part of south west of London. The path from the gates to the palace is flanked on one side by a fine red-brick terrace and on the other by a tree-lined stretch of the Thames. Up close, you are struck by the scale of this well-preserved and handsome palace, which was built by social-climber Cardinal Wolsey in the early sixteenth century before being commandeered by the egomaniac, King Henry VIII. While the grassy Base Court is being renovated, you enter via an atmospheric cobbled courtyard enclosed by weathered red-brick walls, where you may be greeted by a couple dressed as medieval aristocrats. They usher you into the extensive Tudor Kitchens, where chefs in period costume may be preparing smelly medieval meals on ancient wooden tables and roasting meat on spits in front of the huge open fire. Above the kitchens is the extraordinary Great Hall, notable for its soaring and ornate hammer-beam roof, lavishly-carved wooden screens and elaborate sixteenth century tapestries. 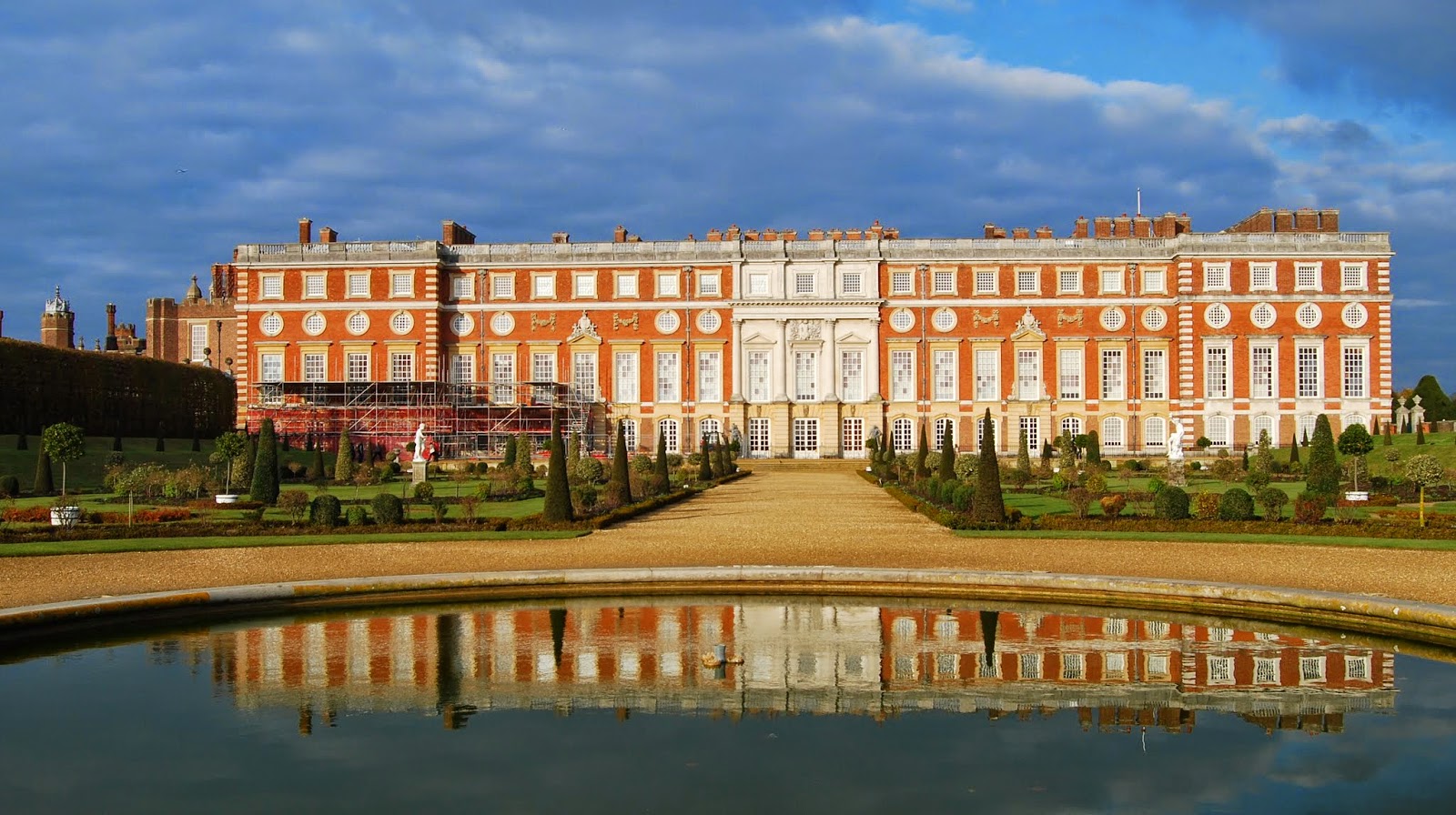 Designed by Sir Christopher Wren
The heart of the palace is another cobbled, but very grand, Tudor courtyard, famous for its striking gold and blue clock, the centerpiece of an elegant, turreted gateway. From here, you can venture into the dozens of large and high-ceilinged rooms in the Baroque wings of the palace, designed by Sir Christopher Wren in the late seventeenth century, which are divided between the splendour of the King's Apartments and the Queen's State Apartments and the more understated wood-panelled Georgian Rooms. Among the highlights are the huge, if slightly oppressive, religious frescoes decorating the walls and ceilings of the grand staircases and the large collection of antique muskets, pistols and other arms arranged in bizarre, decorative patterns on the walls of the King's Guard Chamber. These somewhat repetitive rooms and galleries also house many fine tapestries, ancient furniture and notable portraits, but much of the historical atmosphere stems from less obvious features, such as an original sixteenth century oak staircase and the bushy white plumes mounted high above one of the king's throne-chairs. 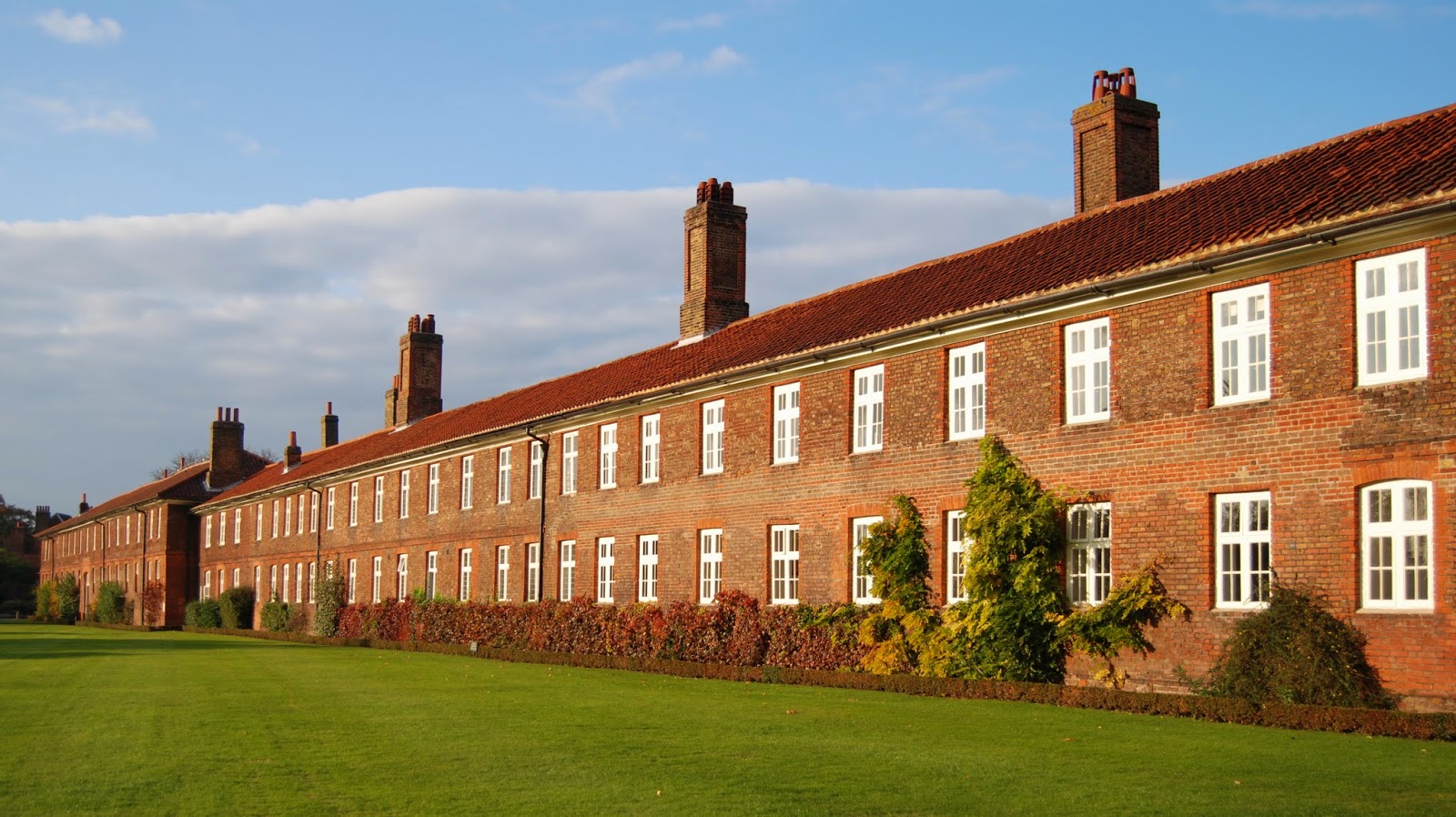 Gleaming white classical statues
From the back of the palace a path leads through the gardens, with their rows of blobby yew trees, to a long, thin rectangular lake running down to a trio of fountains in the distance. Nearby are the neat rows of conical trees, the box hedges, the gleaming white classical statues and the swirling lawns of the decade-old Privy garden. The turreted Banqueting House and yet more red brick walls form a picturesque backdrop to the small, but charming, Pond Gardens adjacent to the river. On the other side of the palace is the famous maze, the Rose Garden, the Twentieth Century Garden and the large Tiltyard coffee shop and cafe, which does a wicked chocolate brownie for just under two pounds. Aging red-brick walls thread their way through this section of the gardens, adding to their beauty. If you book online, adults pay £12.30 each to access the palace and the gardens. During half-term holidays, accompanied kids may get in free and the palace lays on a host of children's activities from face painting to badge making to daffodil planting. A beautiful building in a beautiful setting, Hampton Court successfully walks the fine line between stuffy historical monument and theme park. 9/10