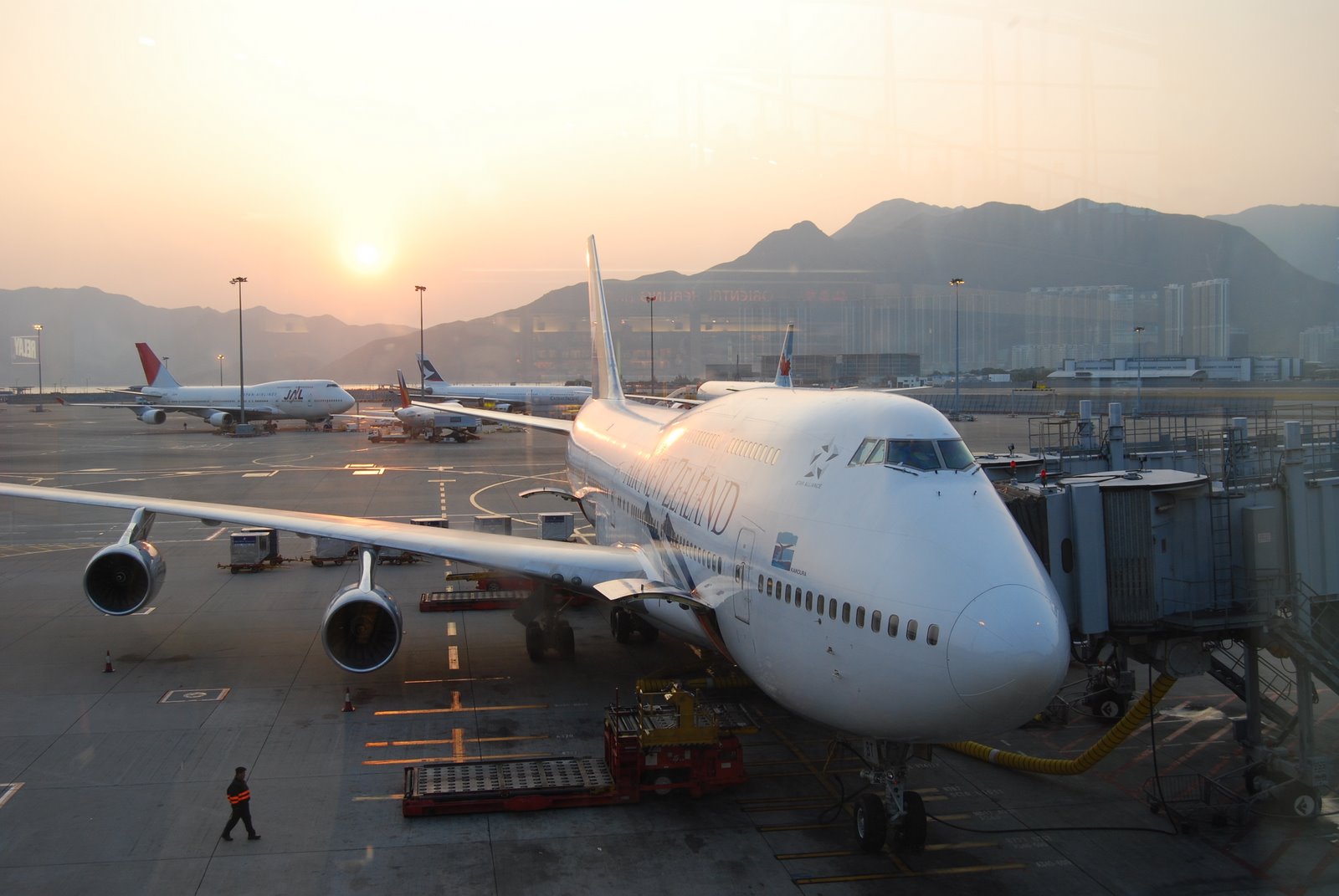 Don't arrive too early for the 9pm Air New Zealand flight to Hong Kong, as the large Star Alliance lounge at Heathrow's Terminal One is a soulless place. Although the buffet includes some respectable chicken curry, you will probably eat better on the plane. Like the Virgin equivalent, Air New Zealand's business class section has diagonal, high-tech seats, which, with the help of a thin mattress and a plump duvet, turn into quite comfortable beds. Aim to be at the front of the grey, spartan cabin, where there are only window seats and it is a little quieter. The Kiwi cabin staff are warm and friendly, but service is suitably leisurely for a twelve hour flight.


Creamy truffle mash
The unusual starters, such as the baked Parmesan ricotta with beetroot and almonds or cured salmon with citrus jelly, tend to be light and refreshing, but a little bland. Much more flavoursome is the herb roasted chicken main course with fennel, leek and pancetta potato gratin. However, the seared lamb loin can be over-cooked and you may need the creamy truffle mash to prevent the meat burning your mouth. To follow, you can choose some creamy, almost ripe cheeses or a sugar-kick, such as the rather sickly mango and pineapple tart. Better is the selection of New Zealand wines, which includes a very smooth, yet rich, Crossroads Talisman Merlot Cabernet 2006 and the light and fruity Saint Clair Marlborough Sauvignon Blanc 2007.

Famous victories by the All-Blacks
After sleeping quite soundly, you will be ready for the hefty breakfast, which typically includes a thick, creamy smoothie, lackluster coffee, fruit and yoghurt, plus a hot dish, such as a watery spinach omelette topped with decent mushrooms, bacon and sausage. When you aren't eating or sleeping, there is an extensive video-on-demand system featuring a mixed-bag of movies, some fairly low-brow television, many New Zealand travelogues and several famous victories by the All-Blacks. But the music from the Kiwi radio station is surprisingly good.

Glittery skyscrapers
The 8pm return flight takes you through Hong Kong's very light and spacious airport with its sweeping vistas across the tarmac to the green hills and tower blocks beyond. Once airborne you will probably be treated to some fine views of the city's glittering skyscrapers and intricate coastline from where scores of vessels navigate their way through the many islands of the South China Sea. Thirteen hours later you will likely be circling London's more prosaic skyline waiting for a landing slot at Heathrow. 7/10